Those lucky enough to live in San Francisco, California, have no shortage of marijuana dispensaries to choose from. There are hundreds of options in the Bay Area alone. Now that recreational cannabis is entirely legal in the Golden State, residents have access to a massive array of products.

Medithrive has managed to become an industry leader, even in such a saturated market. Interested parties can find it at 1933 Mission Street, one of San Francisco’s most historic marijuana locations.

It was the site of an operational MMJ dispensary in 1996 and was initially opened during the height of the AIDS epidemic. In the early 1980s, the Breyburg family began building upon the land they bought in 1978. The structure at 1933 Mission Street was to become their most famous creation, even though they couldn’t possibly have predicted it.

Triumphing Against All Odds

In 1996, Dick Evans became one of the Breyburg’s tenants. This was a significant development because Evans was known as Mr. Marijuana. The staunch cannabis advocate opened a Patients and Caregivers Health Center to sell MMJ. Once he moved on, Misha Breyburg took over and, in 2009, redesigned the storefront and opened it as Medithrive. 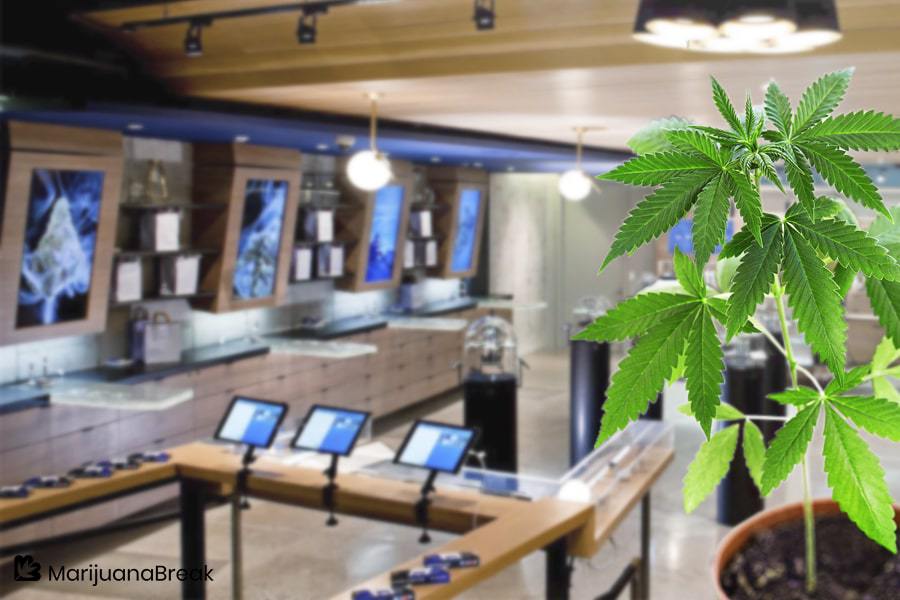 It immediately gained renown as a sophisticated MMJ boutique, but in 2011, cannabis dispensaries felt the wrath of the U.S. Government. The U.S. Attorney for Northern California threatened to seize the Medithrive property and lock the company out of the banking system. While hundreds of dispensaries closed forever, Medithrive held firm and eventually prospered.

Today, the company is thriving and offers everything a customer could want from a dispensary. It serves recreational and MMJ consumers and offers flowers, edibles, concentrates, and a whole lot more. Let’s find out a little more about what Medithrive offers.

What’s on the Medithrive Menu?

It is a brand that strives to stay away from the “Walmart” cannabis experience. Instead, it keeps its selections as local and as straightforward as possible. Medithrive also has locations in Peninsula and the East Bay, and the menus of these areas vary from its San Francisco store.

In the SF building, there are over 400 products to choose from, including:

Whether you want a high CBD strain like ACDC or a potent THC option like Black Jack, Medithrive has you covered. Its Alien OG strain tested at over 33.5% THC! What’s more, you can get an eighth of top-shelf bud for just $40.

The range of edibles is fantastic with chocolates, drinks, candies, baked goods, breath strips, and much more. If you would prefer to vape, check out the dozens of cartridges on offer – not to mention the disposable vape pens it sells.

Medithrive Is Not Just a Cannabis Shop

The personalized cannabis shopping experience is a joy to behold and is reason enough to visit Medithrive. However, it offers so much more. Since recreational cannabis officially became legal in California in 2018, several dispensaries began providing delivery services.

This was ostensibly for customers unable to visit a dispensary physically. Soon enough, however, it became popular amongst all users, and it gave cannabis a ‘pizza delivery’ feel.

Medithrive continually beats the competition when it comes to the standard of its delivery service. At present, it offers delivery in the San Francisco, Peninsula, and East Bay/Contra Costa area.

Its convenient location means it is just two blocks from the 101 and 280. Indeed, it is less than 30 minutes’ drive from most San Francisco neighborhoods. As a result, Medithrive is confident that it can deliver your order in 59 minutes or less if you live in the 7 x 7 Bay Area.

You can check out its SF online menu, make your selection, and have the cannabis in your hands in less than an hour!

If you live in the Contra Costa Counties region, you can order from 8 am to 1 pm and 4 pm to 8 pm from Monday to Saturday. Order before 2.30 pm to get your order delivered before 8 pm that day.

In the East Bay, Medithrive pledges to beat every other delivery service in the region by at least a dollar. The company also offers a host of deals that vary according to the day.

Please note that all orders must be worth at least $50 to qualify for delivery. The person who places the order must be available to receive the merchandise.

Final Thoughts on the Medithrive Dispensary

San Francisco is known for its superb marijuana dispensaries, and Medithrive is one of the best. It is a dispensary of the future with transparent displays, video microscopes, and a fantastic range of products. The Medithrive delivery service is one of the best in the Bay Area. Customers know that they are getting the best possible cannabis each time they shop there.

One slight downside is that all purchases are final. However, that is typical of cannabis dispensaries. Medithrive does allow returns for defective cartridges within 48 hours of purchase.

Visitors to the Medithrive website can also learn more about cannabis through the company’s informative blog. These articles can provide a quick overview before you find out more detailed information on the WayofLeaf Cannabis 101 section.

Check out this top-rated dispensary

They have everything you need

LivWell Enlightened Health is one of the fastest growing recreational and medical marijuana dispensaries in the United States. They have grown exponentially over the past ten years, and don’t show any signs of slowing down. They are located all throughout Colorado – where their first dispensary was opened – and now in Oregon as well. […]

LivWell on Broadway goes beyond the classic dispensary experience. Become a part of the legal weed revolution with a shop that in directly involved in every step of the cannabis process. From cultivation and harvest, to providing the best quality product at the most competitive prices, LivWell wants you to be well and enjoy some […]

Located in Hawaii, one of the states with medical cannabis, THCF Hawaii Clinic helps individuals take charge of their health care needs. The clinic has helped over 220,000 people receive the medical marijuana care that they need in order to begin feeling better and make their own health choices, especially those that may choose an […]