Written by Patrick Lynch, M.A.
6 min read
216 comments
Video
Read Later
This article may contain links to some of our affiliate partners. These are brands we trust and brands we feel represent the highest quality standards. When clicking links, we may earn commissions to help support our site. Learn more by reading our full disclaimer.

For individuals who enjoy a smoke, even in states where marijuana is legal for recreational use, employment drug testing is a pain in the ass. According to Statistics Brain, 56% of American employers make pre-employment drug tests mandatory. The annual cost of these tests is $3.7 billion. If this seems like a lot, consider that employers lose an estimated $85 billion annually because of employee drug use.

Urine tests are by far the most popular and marijuana is the most commonly found drug. Therefore, if you’re close to the job of your dreams, use weed, and are called in for a drug test, your only hope of passing it is by using one of the myriads of detox methods online. The Certo Drug Test detox has been championed as one of the best ways to get clean in a hurry; but is it all hype or the real deal? Read our full review to find out.

‘Certo’ is a trademarked Kraft brand name for liquid fruit pectin. The company has another fruit pectin product called ‘Sure Jell,’ which is essentially the same thing as Certo, but with different packaging. Certo has been available in the United States for over 100 years and is used to make jello, but it has only recently become associated with detox.

Fruit pectin is a naturally occurring polysaccharide found in fruits – particularly sweet fruits such as peaches, pears, apples, and berries. Polysaccharides are a digestible form of fiber that consist of long-chain monosaccharides. The most common use for fruit pectin is as a thickening agent to make jams and jellies. When heated along with sugar, fruit pectin produces a thick, gel-like substance with the consistency of Jell-O. Since it is a highly soluble fiber, however, fruit pectin also does a good job of detoxifying your system by “absorbing” unwanted molecules (i.e. THC metabolites) and expelling them from the body via feces.

How Certo or Fruit Pectin Can Help Detox Your System

One of the main misconceptions about Certo is that it traps toxins by ‘coating’ the stomach. In reality, it works like any fiber does and enables the body to absorb and expel toxins via fecal matter. As fruit pectin forms into a gel, it absorbs more liquids than ‘normal’ fibers. And since toxins that normally leave the system via urine end up in the stool, Certo is theoretically a great way to pass a urine drug test.

The simplest explanation of how Certo detoxes your system is that the fruit pectin ‘traps’ the toxins and breaks them down into smaller metabolites that are easier to remove. The process typically takes 60 minutes and can last 3-5 hours in total. Eventually, the toxins are released and leave the body via urine and feces. 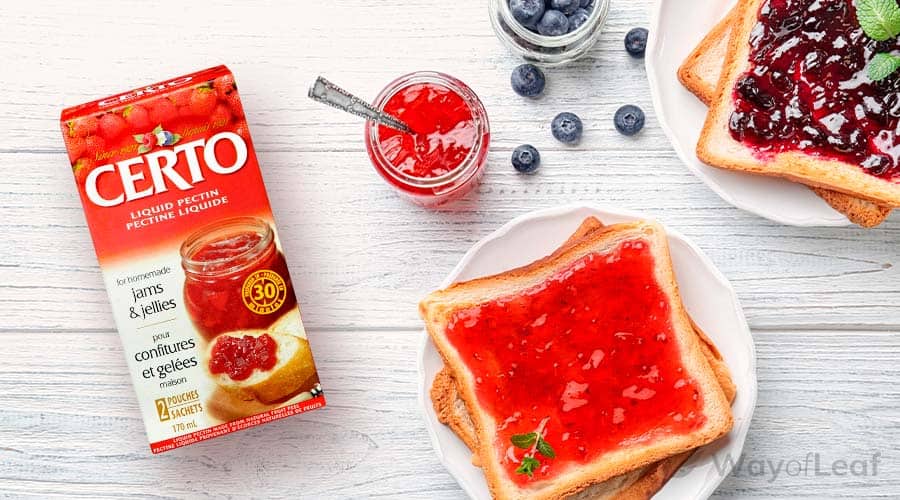 Since Certo is high in fiber and carbohydrates, it produces an insulin boost in healthy adults. This causes the body to store calories for energy, rather than using them. The body also burns and metabolizes fat for energy; when fat-soluble toxins are released from fat cells, they end up back in the bloodstream, the saliva, the urine, and other fluids. The fast-acting carbs in Certo cause an insulin spike, which prevents fat burning for a short period and shuffles the herbal detoxing minerals and nutrients in the concoction.

Finally, Certo absorbs the toxins that are naturally released from the body via stool, urine, and other bodily fluids. Toxins find it easier to leave the body via fluids, but Certo’s fiber absorbs the fluids in the intestines and stomach, and this action results in toxin release via solids. Unlike other ‘quick fix’ detoxes which you take immediately before a drug test, you have to begin the Certo plan 24 hours before the test.

As well as Certo works for flushing out unwanted toxins from the body, it does an equally good job of flushing out vital compounds as well. If you plan on using Certo as a detox method, here are three key things to keep in mind to ensure that you do it in the healthiest way possible:

The Certo Drug Test detox is pretty easy to follow. You’ll see a variety of instructions online – ignore them! The following method and ingredients have been shown countless times over as the most likely to work. 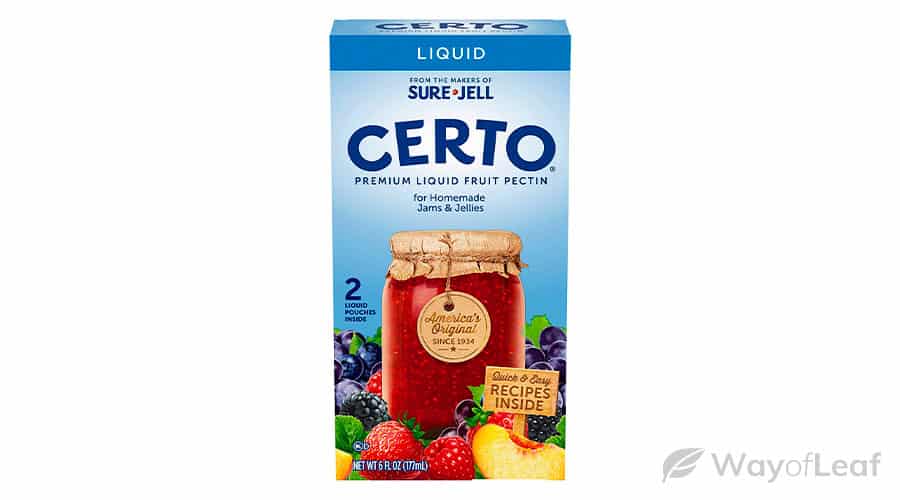 Once you have the above, the steps are pretty simple to follow:

In theory, the Certo method should allow you to “pass” a urinalysis for at least three hours. If you’re in a hurry, consume a packet of Certo, the 32oz bottle of Gatorade, and a similar amount of water an hour before the test. It won’t work as well as the 24-hour window, but as a last ditch effort, it could help you scrape by.

Typically, yes! That’s why it is such a popular detox method for marijuana users that are trying to pass a urinalysis. As you know, THC is the psychoactive compound in cannabis that’s famed for getting you high. It is one of over 100 identified compounds in weed. The body breaks THC down into THC-COOH, which is actually the metabolite that most THC drug tests look for.

Metabolites, including THC-COOH, flow through the body and bloodstream. While a small amount of metabolites are expelled, most get absorbed by lipids and ultimately get stored in fat deposits throughout the body. The metabolites remain deposited in fat stores until the fat is re-released into the bloodstream to be used as energy. Once the fat has been ‘consumed’ by the body via a normal metabolic process, the metabolites are released and expelled via urine, sweat, saliva, and feces. The body naturally detoxes over time, but the process can take weeks – which is bad news for weed users facing a drug test.

This is where Certo comes in handy. Fruit pectin speeds up the detox process, and though Certo’s detoxing capabilities are not scientifically proven, it has proven very effective for countless marijuana users prior to taking a drug test.

Things to Watch Out for When Purchasing Certo

Remember, don’t waste your money on fancy branding; fruit pectin is all you need, and it is widely available in most chain grocery stores. The entire method is inexpensive, so don’t be fooled into spending cash you don’t need to. And most importantly, remember that there is no guarantee the Certo Drug Test detox will work!

Additionally, you will definitely decrease your chances of passing if you make one of these mistakes:

In summary, the Certo Detox Method seems so simple that it’s hard to believe it could work. And again – it’s certainly not a guaranteed method of passing a drug test. There are a number of factors that dictate the effectiveness of the Certo method, including individual factors such as age, weight, gender, body type, metabolism, and marijuana usage. 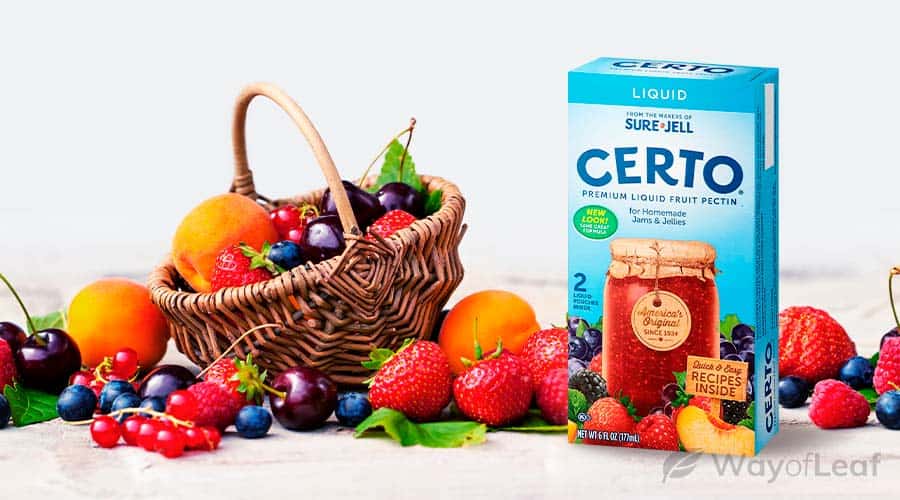 Furthermore, there is no scientific evidence to back up the claims that Certo works as an effective marijuana detox. (Cynics argue it is simply the large volume of water involved that helps people get through their test). While it is possible that the fiber in pectin helps temporarily keep toxins from leaving your system via urine, there is also a chance that simply drinking large quantities of liquid dilutes your urine to the point where you can pass a drug test. In any case, if you do decide to use the Certo Drug Test detox method, be sure to let us know how it worked for you by leaving a comment below!

Want to learn more about weed and drug testing? Check out our expert guides below: 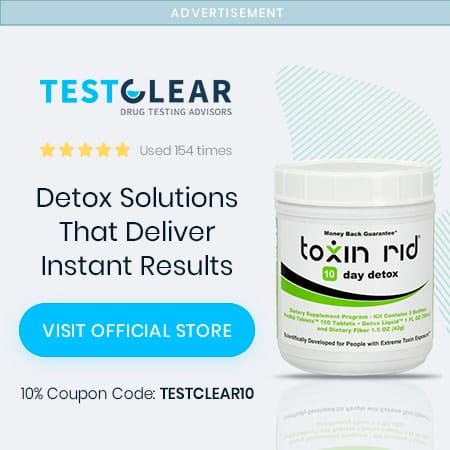 Green Gone Detox – Is It Worth Your Time & Money?

How well does it work?

Quick Fix Review | All You Need to Know About Quick Fix

It has become common practice for companies to include drug testing as part of their recruitment process. It is an easy way to decide between the last few candidates, and learn a lot more about future employees than what can be revealed in an interview. Companies tend to use urine samples in order to carry […]

Drug tests are the bane of many workers’ existences. It can be scary trying to pass a drug test and fearing for your job just because you used weed on a day off. The UPass synthetic urine test is just one product on the market attempting to make life easier. It works by replicating the […]

Let’s just say that you and your friends have enjoyed a weekend that beats anything depicted in The Hangover series of movies. But no one (hopefully) accidentally kidnaps a crime boss and puts them naked in the trunk of a car! You are feeling a bit rough but happy until you hear the dreaded news: […]

In today’s world, drug tests are an ever-increasing feature of most workplaces. Despite the legality of marijuana for recreational and medicinal use in many states throughout the U.S., employers can still screen their employees for THC, amongst other substances. With all this increasing paranoia about being randomly selected for a drug test and having your […]

We get that it can be frustrating when you want to enjoy cannabis and all that is has to offer, but at the same time, you may have to worry about being screened for it by your employer through those annoying drug tests. THC, the main thing that is tested for during a drug screening, […]

If you enjoy marijuana but are told that it’s time for a company drug test, it is normal to panic because failing the test could of course mean termination of employment. If your immunoassay has a reading above 50ng/ml for weed, you have to undergo a Gas Chromatography-Mass Spectrogram, and if the reading is above […]

As we all know, there are plenty of companies in the United States that require employees (or prospective employees) to be screened for drug and alcohol use. So what does this mean for those who like to smoke a few joints or consume marijuana during their free time? In this complete ‘The Stuff’ Detox review, […]

Overindulgence is a significant problem in modern society. The prevailing attitude is that we work hard, so why not play hard too? While burning the candle at both ends is fun for a while, this sort of lifestyle catches up to you eventually. Cleansing products can give your body a recharge. Of course, relying on […]

5
6 min read
Join The Discussion
More comments
TOC
Premium
Your subscription has ended
If you love cannabis and want to support our site, join WayofLeaf Premium today and unlock
Best of all, part of your membership fee will go towards supporting the fight to legalize cannabis.
Sign Up for WoL Premium
Not now
I already have an account
×
Log in to Your Premium Account