Popular culture, with its incessant portrayal of dreadlocked rastas and peace-sign-flashing hippies, might have you believe that smoking weed is a simple, one-way portal to achieving some state of mental relaxation or emotional nirvana — no matter your prior state of mind.

However, the majority of you probably know that this simply isn’t the case.

In fact, plenty of cannabis strains out there are known to actually increase mental activity, rather than slow it down into some zen-like state of leisure and relaxation.

In this article, we’ll talk about some of the best marijuana strains for relaxation, and also consider a few “chill out” techniques that’ll help you attain that perfect, relaxed frame of mind that we all aspire to. Achieving true mental relaxation, after all, is as much an art form as it is a state of mind. And like any art form, it takes a degree of expertise in order to do it right.

Dosing: Is it more important than strain?

As it turns out, more and more cannabis experts are beginning to think that dosing may be the most important factor of all in terms of the psychoactive effects that marijuana has on individuals – moreso even than strain.

Earlier this summer, in fact, researchers from the University of Chicago conducted a double-blind study1 on the actual stress-relieving capabilities of marijuana, and more than a few people were left a little surprised by their findings.

The study administered various doses of THC to 42 test subjects, in addition to randomized, double-blind administrations of placebo. The subjects were then asked to carry out certain tasks under particularly “stressful” situations (i.e. giving a 5-minute oral presentation in front a panel of scientists), after which their levels of relaxation were subjectively determined.

Results showed that while a small dose of THC (7.5 mg) was more effective than placebo at achieving relaxation, a higher dose (12.5 mg) was actually counterproductive – it produced more stress and anxiety as a whole among the group of test subjects.

The surprising thing is that both of these doses – 7.5 and 12.5 mg – are relatively minimal when compared to the typical amount of weed that an individual might smoke to get high.

For example, a recent calculation2 showed that smoking just half of a “normal-sized” joint resulted in the ingestion of about 36 mg of THC – just about three times the amount that proved to be counterproductive in the study.

The takeaway information from all of this, then, is that in order to attain maximum relaxation the next time you fire up a joint, you may want to drastically reduce the amount that you would normally smoke; it’s likely that even a single small bong rip or one or two drags from a joint will be more effective than burning through a gram at a time. You won’t get stoned, of course, but if you’re after contentment and peace of mind, you likely won’t need to.

The best marijuana strains for relaxation

A lot of people would probably argue that the particular strain of cannabis you smoke (or otherwise ingest via edibles, oils, etc) is more important for relaxation than is the amount that you smoke.

While we don’t particularly agree with this, it’s a more than valid enough argument; some strains of marijuana, after all, are surely more effective than others for achieving relaxation and mental calm.

However, it merits to say that there’s likely a lot of myths out there in regard to “indica vs sativa.” The general consensus has always been that indica strains tend to be more sedative and calming, while sativas tend to be more uplifting and energetic.

The blatant fact of the matter, though, is that THC is THC – no matter the strain. What you likely want to look for moreso than an “indica-dominant” or “sativa-dominant,” is a strain that has a narrowed ratio of THC to CBD. That is, a THC to CBD ratio that’s relatively close to 1:1. And with all of these dispensaries nowadays printing the cannabinoid profiles on each and every strain that they sell, this is easier to do than ever (even if it does mean taking the dispensaries’ profiles as the stone-cold truth).

Just like the UIC study that we mentioned earlier, it’s been shown in the laboratory more than once that over-stimulating CB-1 receptors with large doses of THC can in fact promote feelings of anxiousness, stress, and paranoia, rather than mollify them. Strains with relatively equal amounts of THC and CBD, on the other hand, are far less prone to counterproductive effects.

And lastly, it’s definitely important to mention that individual marijuana strains (i.e. OG Kush or Northern Lights) are by no means consistent across the board in terms of their cannabinoid profiles. You might get a batch of Kush at a dispensary in Denver, for example, then drive down to Trinidad and get the “same” strain with a drastically different THC content. So like we said, it’s often more beneficial to check out the actual cannabinoid profile than it is to specifically ask for a strain by name.

Terpenes… Ever heard of them? 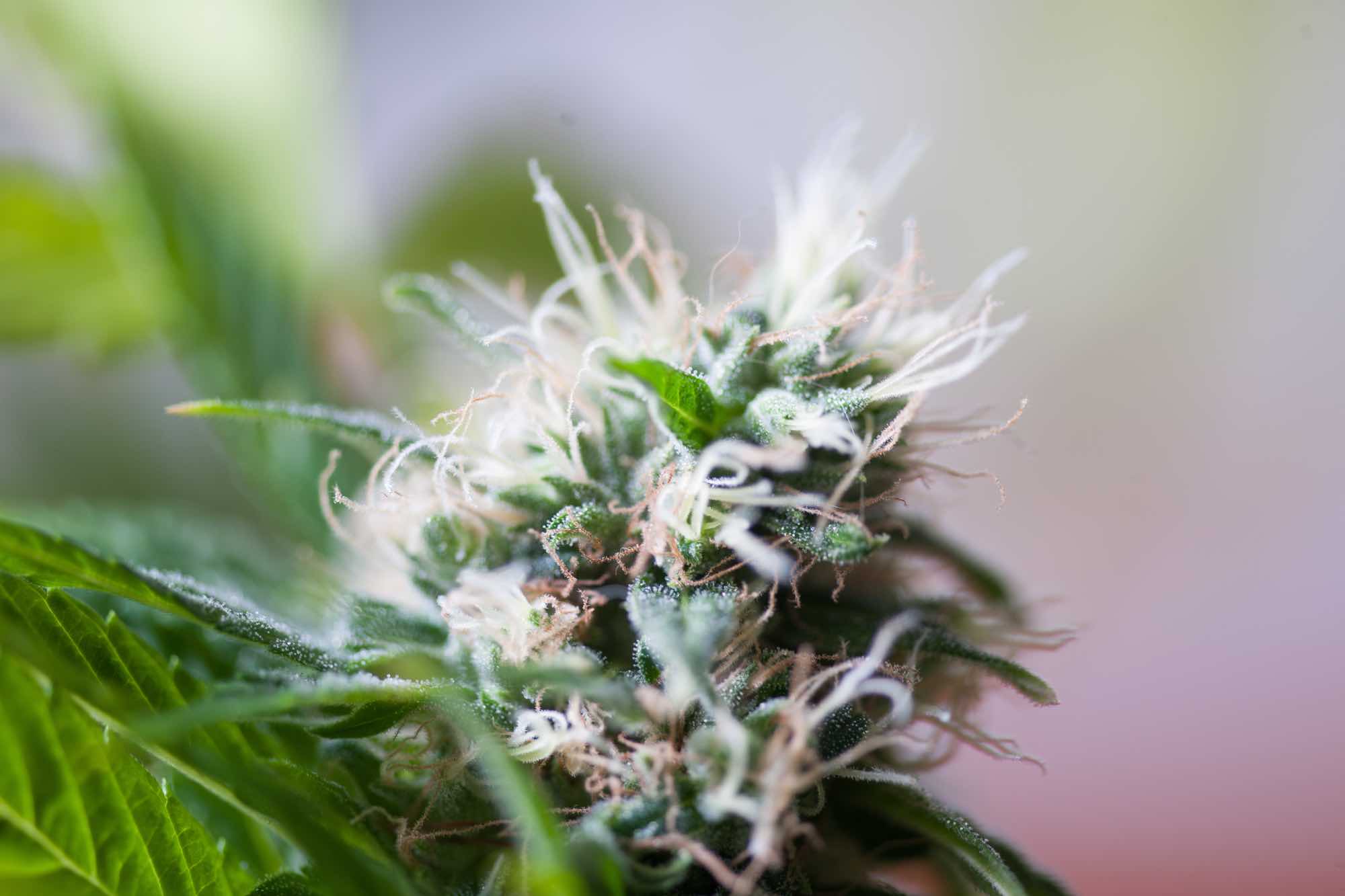 Contemporary research is starting to suggest that essential oils in the marijuana plant called terpenes may be just as influential as THC and CBD when it comes to the physiological and psychoactive effects of the herb.

Compounds like linalool, for example, which is a naturally occurring terpene found in some cannabis strains, are known to boost serotonin levels and promote feelings of joy, happiness, and general contentment.

Likewise, myrcene (which is another component of essential cannabis oil) has been well-documented for its sedative, relaxing qualities, as has another kind of aromatic terpene called limonene. Even though these molecular compounds have only begun to be studied within the last six or seven years, their importance to the physiologic effects of cannabis appear to be immense.

Also, it is easy for analysis labs to identify their presence in various cannabis strains, and most dispensaries will have a terpene profile for each of their various flower buds. For the most relaxing strains, look for bud that is high in any (or all) of the above-mentioned terpenes (linalool, limonene, and myrcene).

If you’re legitimately trying to do away with overwhelming feelings of stress and achieve a truly relaxed state of mind, you’re probably going to have to do a little more than just smoke the right marijuana. Here’s a short list of a few simple things you can do to rid your body and mind of all that stressful, negative energy.

It might sound a little obvious, but most people have no idea that a large portion of their stress simply comes from thinking about all the stuff they have to do. This isn’t implying that you should quit your job or bail out on your responsibilities, it just means that you need to try and make yourself a schedule, and stick to it. When you itemize daily, weekly, and/or monthly tasks, simply visualizing everything laid out right in front of you will help you realize that “hey, this doesn’t look so bad after all.”

And of course, this well also help you set aside plenty of time for leisurely activities that you can look forward to… like enjoying some grade-A cannabis.

Again, this might sound ridiculously obvious, but it’s true. Most people don’t realize that thoughts are a conscious process; unlike breathing or swallowing food, they’re not totally automated or instinctual. So believe it or not, you have the power to pick and choose the thoughts that go through your head – whenever you find yourself producing negative thoughts, make a conscious effort to swap them out with “happy” thoughts, as strange or impossible as that may seem.

Simple enough, right? Whether it’s taking your dog for a walk around the neighborhood every morning, hitting the gym for half an hour a day, or going on an evening bike ride, exercise is clinically proven to increase serotonin levels and boost mood. Whatever you can do, do it.

Again, enough cannot be said about the importance of attaining quality sleep. A well-rested body naturally translates to a well-rested and chemically-balanced mind, which of course goes a long way in ridding yourself of stress, anxiety, and overwhelming thoughts.

Combining it all for the ultimate state of mental relaxation

If you can try out at least some of the following techniques and strategies for relaxation, you can rest assured that you’ll be on the right path to easing your anxious, stressed-out, and overwhelmed mind:

Related Articles
Marijuana and Working Out [Does It Harm or Help?]

0
5 min read
Is Microdosing Weed a Fad, or Does It Have Real Benefits?

0
6 min read
The Rise of the Pot-Bots: Things to Know

0
3 min read
How to Get High Naturally [You Won’t Even Need Weed!]

1
3 min read
Will the U.S. Legalize Cannabis Nationwide? [Our Opinion]

1
5 min read
A Historical Timeline: Important Dates of Marijuana Legalization in the U.S.

Do you know the timeline?

1
6 min read
Does Smoking Pot Make You a Better Person?