Medically reviewed by Lynn Marie Morski, MD, Esq.
Written by Dylan Baker, B.S.
6 min read
7 comments
Read Later
All information on this website is for general informational purposes only and is not intended or implied to be a substitute for professional medical advice, diagnosis or treatment.

Premenstrual syndrome, better known as PMS, encompasses a wide range of symptoms that occur from several days to two weeks before a woman’s ovulation cycle. Anywhere from 75% to 90% of women experience PMS symptoms, which can range from headaches and migraines to moodiness and bloating.

In this article, we discuss five cannabis strains that may help alleviate some of the side effects associated with PMS. First, let’s discuss PMS from a physiological perspective to better understand how cannabis can play a part.

Researchers don’t exactly understand the causes of PMS but believe symptoms may be related to cyclical fluctuations in hormones, particularly sex hormones. It’s also possible that fluctuating levels of prostaglandins and certain neurotransmitters can contribute to the onset of PMS symptoms. 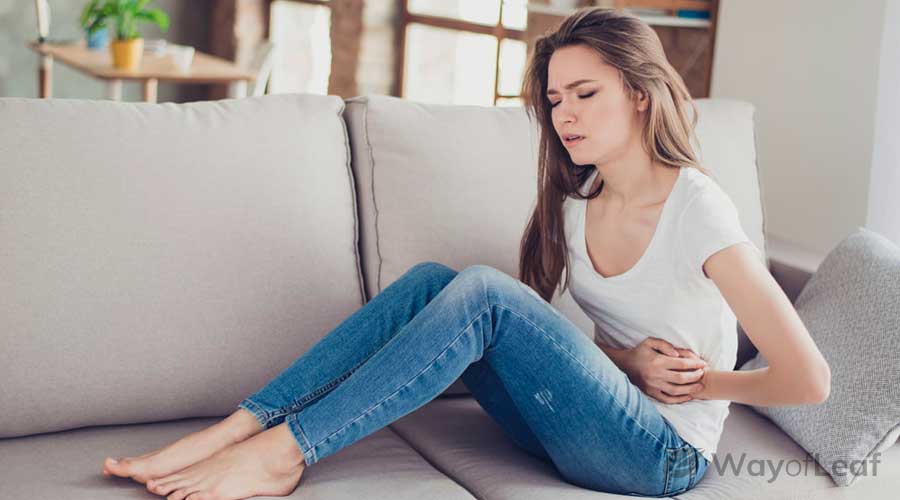 PMS symptoms among some females can be so severe that their daily lives are affected. If symptoms are extreme, the individual may be showing signs of premenstrual dysphoric disorder (PMDD), which resembles PMS but includes severe depression, irritability, and tension. However, the condition affects fewer than 5% of females of childbearing age.

As mentioned earlier, sudden variations in hormone levels are likely responsible for producing symptoms related to PMS. However, according to Harvard Health (see link above), lifestyle factors may also play a role.

Diets high in caffeine, alcohol, sugar, or salt are known to contribute to PMS symptoms.

Such factors include the quality of sleep and exercise a woman gets, if they are a smoker, and what their diet consists of. Diets high in caffeine, alcohol, sugar, or salt are known to contribute to PMS symptoms.

Standard over-the-counter analgesics (such as aspirin, ibuprofen, and naproxen) are typically the most common treatments for PMS-related symptoms. In severe cases, antidepressants such as selective serotonin reuptake inhibitors (SSRIs) may be used to ease mood swings and emotional symptoms.

Other common treatments for PMS symptoms include: 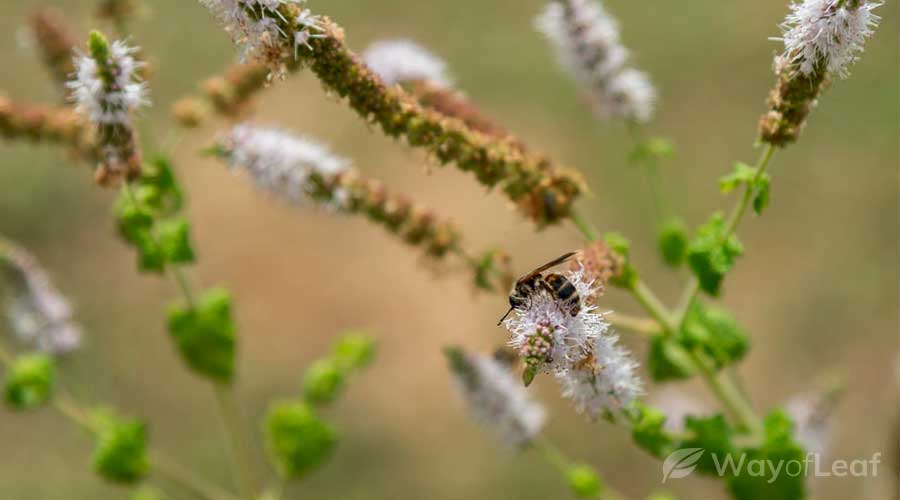 Vitamin B6: According to research, B6 vitamins may reduce the onset and intensity of PMS symptoms, including premenstrual depression. Foods high in B6 vitamins include fish, poultry, fruit (barring citrus fruit), and potatoes.

There are also a few things individuals can do to relieve PMS symptoms at home, including:

Research on Marijuana and PMS Symptoms

While research is limited regarding the specific use of cannabis for PMS, some studies highlight the effectiveness of marijuana for symptoms that are common to PMS. 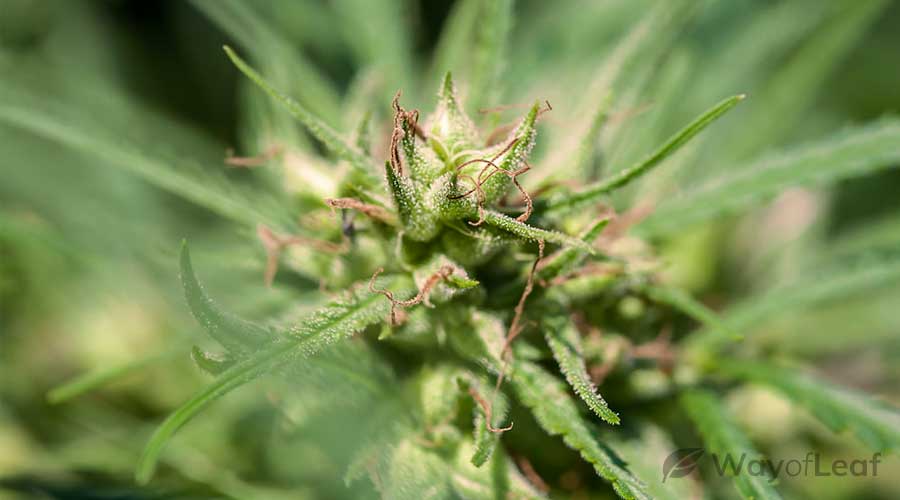 Research published in the British Journal of Pharmacology suggests that THC can act as a muscle relaxant, thereby offering implications for the use of marijuana to help with PMS-related muscle pain and cramping.

A 2016 study in the academic journal Pharmacotherapy observed that medical marijuana could reduce the occurrence of migraines by up to 50%. Headaches and migraines are, of course, one of the most common side effects of PMS.

Another common PMS symptom is acne, as many women tend to break out in the days or even weeks leading up to their menstrual cycle. A study published in Experimental Dermatology found that CBD had a positive effect on inflammation and reduced acne instances.

Related article
CBD for Acne: Things to Know Before You Try

We explore how CBD could help…

We are not recommending the following five cannabis strains as specific treatment options for PMS. Instead, these strains may help to provide therapeutic relief from several symptoms that are common to PMS.

Also, it’s worth pointing out that cannabis-related effects can vary tremendously based on a strain’s specific combination of cannabinoids, flavonoids, and terpenes. In other words, when choosing a marijuana strain to treat PMS symptoms, it isn’t always about just the THC or CBD content. Here are some of our top choices.

This sativa-dominant hybrid is believed to be a cross between Super Skunk and Chemdawg. Although its precise origins are a mystery, it was probably created in California in the 1990s. With a THC level of 22% and just 0.2% CBD, the mind-altering effects here can be intense. 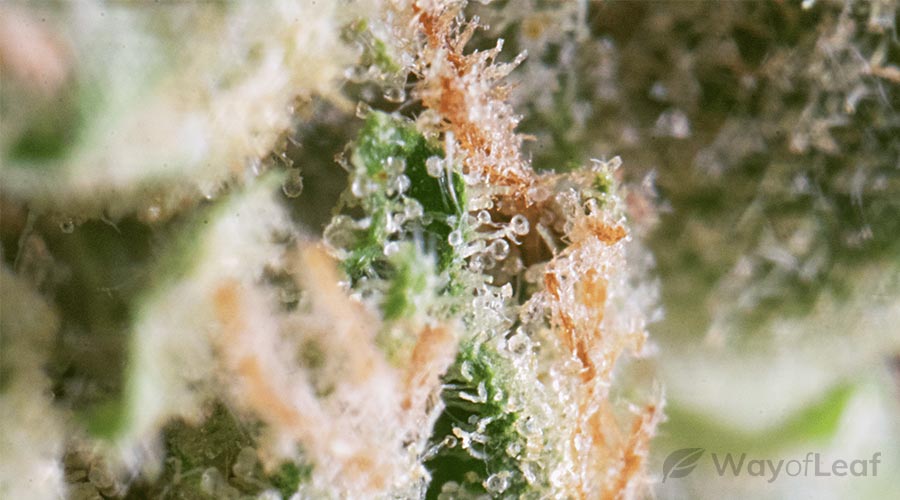 However, Sour diesel is long known as an excellent strain for boosting mood and helping with depression. The strain’s phytochemical profile is also high in pinene and beta-caryophyllene, making it ideal for inflammation-related cramping.

As one of the most popular strains in the US, Blue Dream should be relatively easy to find in most dispensaries. This is a genetic cross between Super Silver Haze and Blueberry Indica that contains up to 24% THC and 2% CBD. 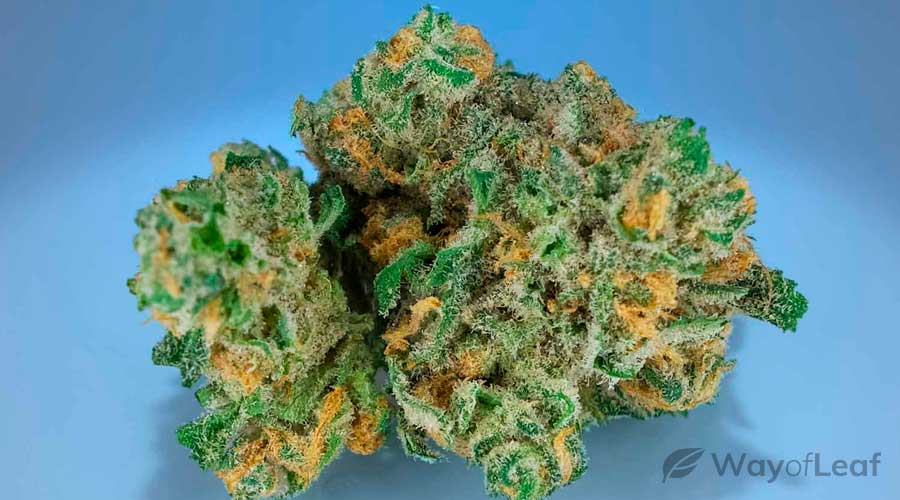 Effects-wise, Blue Dream is famous for the way it relaxes the entire body. Despite the potency of the strain in THC terms, the onset of the high is relatively gentle as users experience a calm wave of euphoria initially. The subsequent body high rarely results in couch-lock, making this a good strain for dealing with pain, soreness, and PMS-related fatigue.

This strain is popular in Canada and the Pacific Northwest. It is a strong indica hybrid that was created from OG Kush, with a THC content that routinely checks in around 20%. 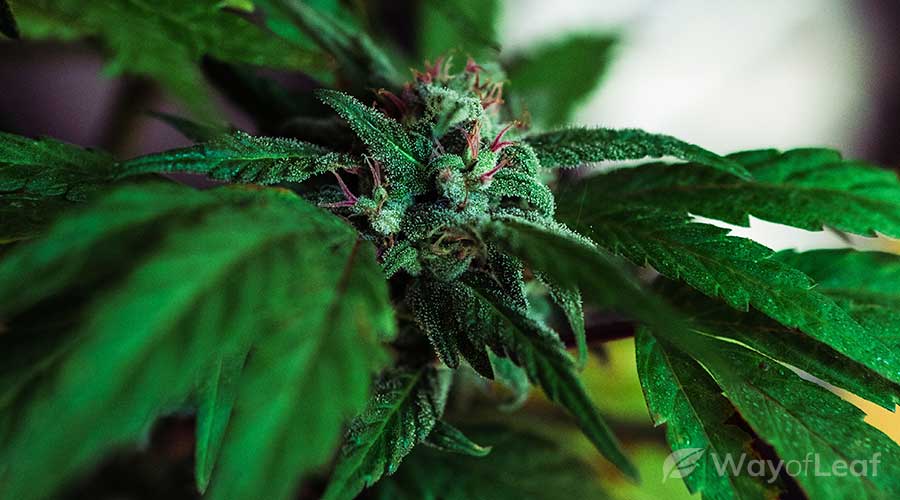 This is another strain that boasts a powerful body high, so it would be a good option for pain, cramping, and inflammation. Also, due to its indica genetics, the sedative qualities of Pink Kush mean the strain would be a good option for those suffering from PMS-related sleep difficulties. Additionally, high levels of limonene and linalool terpenes may help to deal with low mood.

This multi-time Cannabis Cup winner is easily one of the most popular strains on the planet. It is a sativa-dominant hybrid that’s a cross between Super Silver Haze and Lemon Skunk. Users of Super Lemon Haze love its sharp citrus scent and taste, not to mention the euphoric high. It has a THC level of up to 22% and has a minimal CBD content of 0.1% or less. 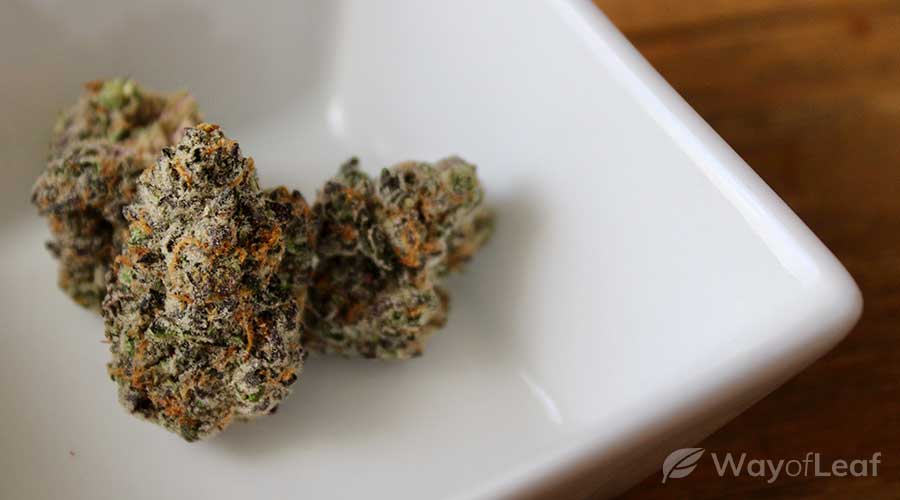 Like Blue Dream, the strain is also high in limonene and pinene, making it ideal for users trying to combat fatigue associated with PMS. It may also help deal with stress, premenstrual depression, and aches and pains such as muscle spasms and headaches.

Lavender essential oil is known for promoting relaxation, and the marijuana strain is no different. This indica-dominant hybrid is a favorite on the West Coast and is a cross of Hawaiian, Afghani, Big Korean Skunk, and Super Skunk genetics. It offers a very potent THC content of up to 27%, along with a negligible CBD content of 1% or less. 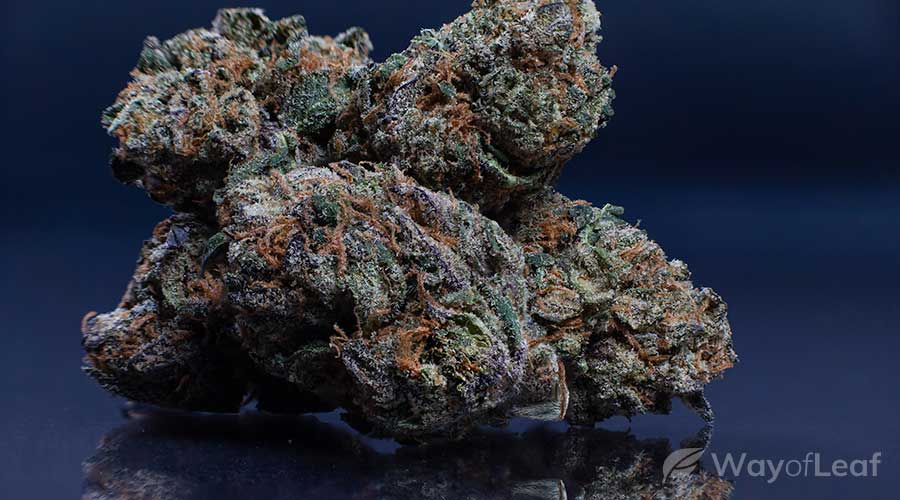 As strong as it is, Lavender offers a surprisingly mellow high that helps users feel calm and relaxed. The strain also contains a large amount of limonene and linalool terpenes, which may help to improve symptoms such as depression and low mood. This is also a sedating strain that can work well for helping improve sleep quality.

Final Thoughts on Marijuana for PMS

Cannabis can offer tangible benefits in terms of helping treat unpleasant symptoms relating to PMS. Remember, however, that everyone’s body is different. Thus, the experiences of one individual may be completely different than the experiences of another, even when using the same strain.

If you want to learn more about using marijuana to help with PMS symptoms, the first step is to inquire about medical cannabis in your state. Speak with a doctor online to find out how you can incorporate cannabis into your daily routine for maximum effect.

Do Terpenes Get You High? [Understand the Facts!]

How terpenes affect body and mind