Written by Dr. Mike Bohl
4 min read
0 comments
Read Later
All information on this website is for general informational purposes only and is not intended or implied to be a substitute for professional medical advice, diagnosis or treatment.

Athletes have been using Performance Enhancing Drugs (PEDs) for many years. Some athletes believe the reward is the opportunity to achieve greatness beyond their usual capabilities. However, the downside is often public scorn, health issues, and other repercussions.

Experts have not officially defined cannabis as a PED. However, organizations such as the World Anti-Doping Agency (WADA) view the herb with suspicion. They classify cannabis as a banned substance in competition.

Despite this prevailing view, more athletes are discovering the possible benefits of marijuana. This may include improved sleep, recovery, and, anecdotally, endurance capacity.

This article will explore and discuss why more athletes than ever before are turning to marijuana. This article is intended to be informative—it does not endorse the use of marijuana to boost anyone’s athletic performance. The benefits of taking any substance must always be weighed against the risks.

Marijuana has recently emerged as a go-to supplement for some athletes in the ultra-endurance niche. For example, the athlete Avery Collins uses cannabis to enhance his race experiences. He also uses the compound to improve his performance. This may be evident in how Collins won a 200-mile race through the Rocky Mountains – a difficult feat that took him over 65 hours. He credits cannabis as part of the reason he displayed such high endurance.

It is important to note that Collins does not use cannabis during races, as it is not permitted. And also, smoking cannabis is not the best way to reap the therapeutic benefits of cannabis for training purposes. Instead, Collins is a big fan of consuming CBD via transdermal patches and gels.

In competitive sports, athletes strive to get a competitive edge. For example, long-distance runners will brave ice baths and even drink pickle juice during a race to reduce cramps. Also, sleep is a critical part of recovery, and marijuana may help people sleep better, and CBD may help calm the nerves one may feel before a race. 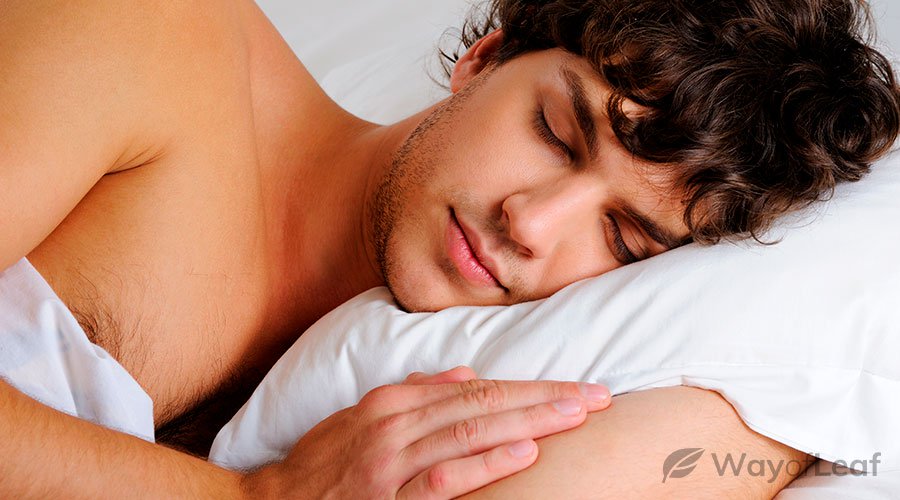 Cannabis may also help athletes if it is being used to manage other medical conditions that could be a distraction. For example, if an athlete suffers from PTSD, cannabis use may be effective at reducing those symptoms and allow them to perform at their best.

Athletes may use marijuana for pain management and recovery, as well. This is due to several factors. First, cannabis may have potential anti-inflammatory properties. This was referenced by Collins when he recently discussed his usage. Collins often feels intense pain in his legs in the form of heavy pounding and severe aching after a long run. To address this, he consumes CBD, which he finds soothes the pain and allows him to recover and rest.

Another cannabis-endorsing athlete is former NFL player Eben Britton. According to him, over 50% of NFL players use cannabis. Along with 26 other ex-athletes from professional American sports leagues (including the NFL, NBA, and NHL), Britton was one of the founders of Athletes for Care, a non-profit organization dedicated to helping athletes achieve natural wellness.

Which is our winner? …

Riley Cote is another high-profile ex-athlete that promotes cannabis. He played in the NHL from 2002-2010 and is another founder of the Athletes for Care movement. During his career, Cote used marijuana to manage his severe and insistent pain. However, every time he was on the road, he was forced to consume painkillers. He states that he always felt worse during these occasions and wished that he could use cannabis to better manage his symptoms.

Below is a list of five other professional athletes who also promote cannabis use for symptom management. It is important to remember that these benefits are anecdotal. There is no high-quality evidence that suggests cannabis should be used as a performance-enhancing substance.

In many ways, Ricky Williams is the trailblazer for marijuana use amongst athletes. The former Heisman Trophy winner is best known for his time at the Miami Dolphins, where he became famous for his cannabis use. The league then disciplined Williams for his use of this compound, but he refused to quit. Today, the retired NFL player is a partner in the Power Plant Fitness gym alongside the 420 Games founder.

Former pro-bowl quarterback Plummer is another NFL marijuana proponent. Like many other NFL players, Plummer had to fight through a lot of pain and reported that CBD gave him relief. Today, he’s an active spokesperson for the non-intoxicating compound.

Nick Diaz is a UFC fighter that was once the victor against Conor McGregor. He also holds the joint record for most UFC Bonus Awards. Diaz says he uses marijuana to address pain symptoms. Notably, Diaz has since founded a CBD company with his brother.

Although he isn’t a household name, snowboarding star Rebagliati also supports marijuana use. His support initially cost him the ultimate prize: a gold medal at the 1998 Winter Olympics. However, cannabis wasn’t on the list of banned substances, so he received his medal. Today, he operates Ross’ Gold, which is a medical cannabis company in Canada.

Hall is a world-class freestyle skier, and he is also a cannabis activist. According to Hall, he uses marijuana for focus. Since the end of his pro skiing days, Hall has partnered with cannabis seller Black Rock Originals. Together they’ve worked to launch a host of cannabis-based accessories, including lighters, rolling papers, and grinders.

Although marijuana doesn’t provide athletes with an unfair advantage like PEDs, it does offer an array of physical and mental benefits both during training and in competition. Regardless of whether you’re pumping iron in the gym or trying to conquer a marathon, it’s common knowledge that weed can focus your mind in the here and now.

CBD, in particular, is becoming popular because of the fact that it doesn’t get you stoned, and because its anti-inflammatory properties have been shown to enable athletes to recover faster. If you do decide to use cannabis in training, though, (you’re not allowed to use it in competition), be sure to consume it in edible form, as edibles are far better than either smoking or vaping, at least from an athlete’s standpoint.

Related article
CBD for Athletes – Why Are So Many Top-Level Performers Using It?