Written by Editorial Team
6 min read
9 comments
Read Later
All information on this website is for general informational purposes only and is not intended or implied to be a substitute for professional medical advice, diagnosis or treatment.

Cramps can occur in any muscle in the body and can be extremely painful. They can even be startling, particularly when you’re in a deep sleep and are suddenly woken by that awful pain. For most people who suffer leg cramps, their calves and hamstrings are predominantly affected.

Leg Cramps: What Are They?

Muscles in our bodies have two standard states: Relaxed and contracted. A muscle is relaxed when all of the fibers are elongated. When a muscle contracts, calcium goes into the muscle cells, and sodium rushes out. This muscle contraction causes the fibers in the muscle to shorten and become tight. In a normal and healthy situation, the muscles relax and contract with ease. Problems occur when the muscle stays contracted for an extended period, leading to pain.

In a normal and healthy situation, the muscles relax and contract with ease. Problems occur when the muscle stays contracted for an extended period, leading to pain.

A leg cramp is a pain that results when a muscle goes into spasm and contracts too forcefully. Leg cramps can last anywhere from a few seconds to a few minutes. However, the after-effect of the cramp can stay around for up to 24 hours.

Muscle Cramps: What Are the Causes?

Like many other medical conditions, leg cramps remain a mystery to most doctors. Studies have shown that muscle cramps, in general, tend to be related to the following conditions or activities:

In most cases, leg cramps will pass with time. However, there are a few conventional treatments that can help ease the pain. 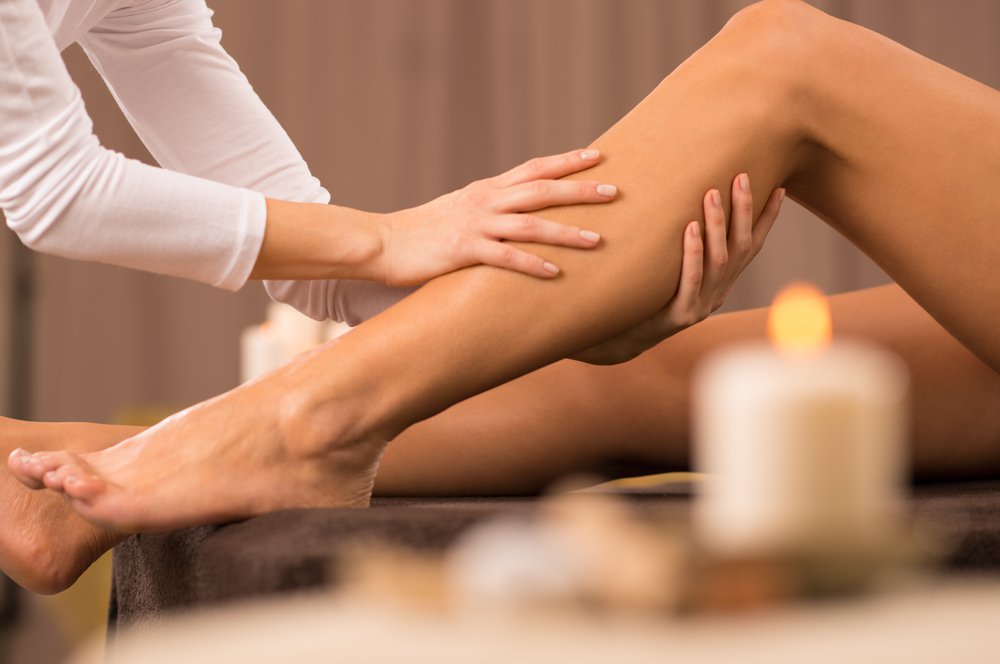 How to Prevent Leg Cramps?

We’ve gathered a few of the best tips that can help you avoid getting leg cramps:

Due to current federal laws, research into medical cannabis and muscle spasms is limited. Therefore, the topic isn’t fully understood.

Nevertheless, some studies have looked at different illnesses and diseases that are associated with muscle spasms. One of those conditions is Multiple Sclerosis. Approximately 90% of MS patients develop spasticity. Some simply experience this condition as muscle stiffness. Others endure cramps, constant ache, involuntary muscle contractions (spasms), that are both painful and debilitating. These spasms often affect the legs and can disrupt sleep. 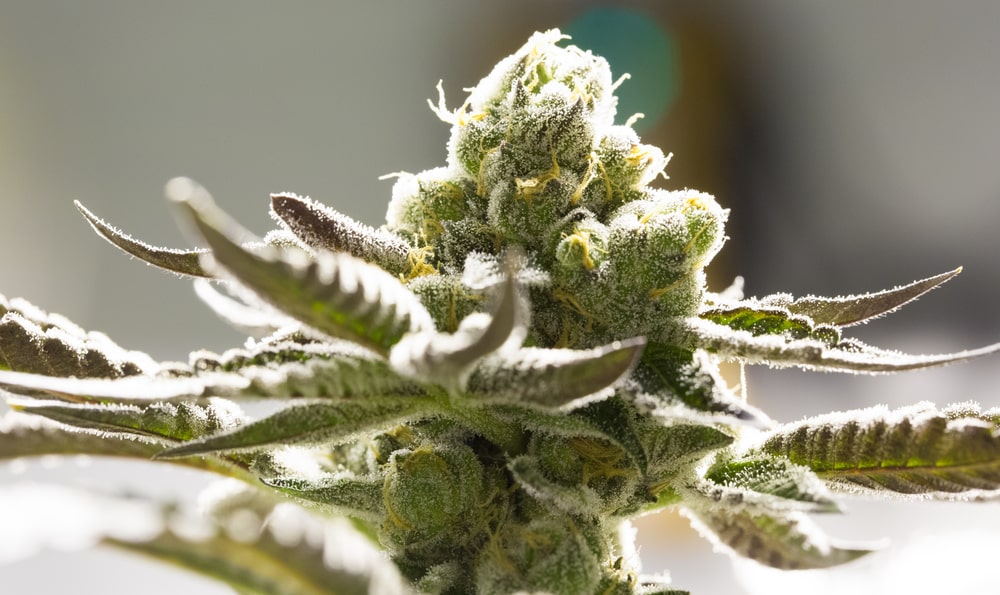 Only recently has research discovered that cannabidiol, one of the active chemical compounds in marijuana, could activate nerve receptors that positively affect motor functioning. Other studies are showing strong evidence that suggests cannabinoids such as THC could provide significant relief from spasticity due to MS. 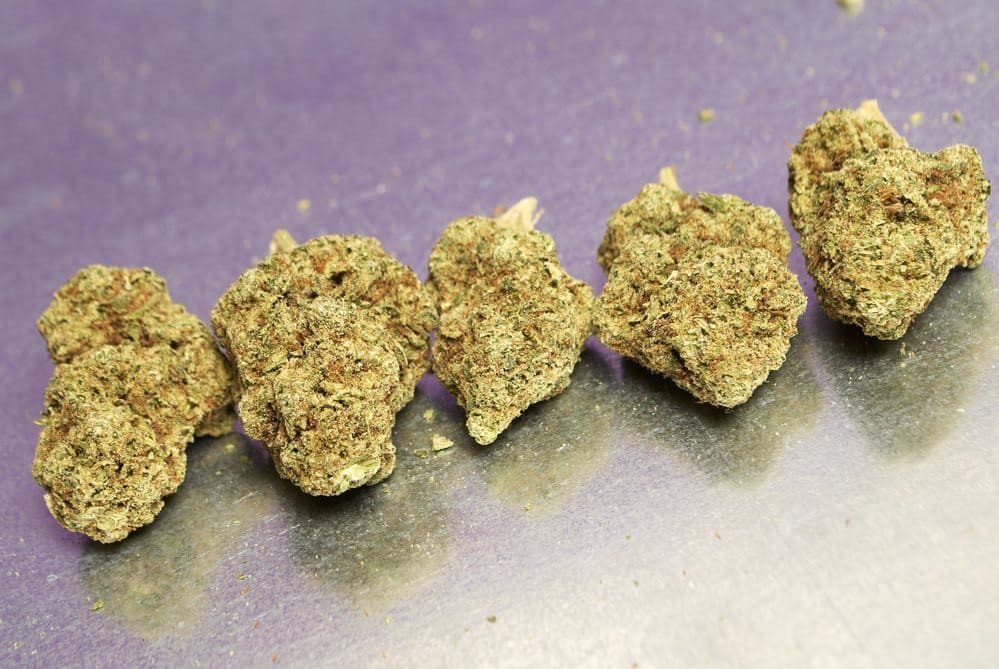 Please note that the following strains haven’t officially been medically proven to treat or cure muscle spasms or leg cramps. However, anecdotal evidence from affected patients is positive. Medicinal consumers of these strains say that they can help alleviate muscle cramp pain.

Mendo Purps is a slightly indica-dominant strain (60:40) that was born in Mendocino County, California. It’s high in THC, reaching a generous 22%. This strain is popular with sufferers of medical conditions like anxiety, PTSD, depression, bipolar disorder, chronic pain, and fatigue.

This strain is more suited to evening rather than daytime use as it has soporific effects in its latter stages. In its initial stages, Mendo Purps’ sativa genetics are most prominent. Consumers of this strain report experiencing an intense, cerebral, uplifting, and euphoric high.

Consumers of this strain report experiencing an intense, cerebral, uplifting, and euphoric high.

As time passes, Mendo Purps’ indica genetics come more to the fore. A feeling of deep relaxation sets in, which ultimately leads to sedation and drowsiness.

Some believe that Redwood Kush is pure indica strain, while others say that it is an indica-dominant hybrid. Whatever the exact indica percentage is, it provides its users with a robust and calming effect.

This strain’s THC range is quite contentious, too. Low-end estimates of its THC range put Redwood Kush in the 14-17% THC range bracket. However, others say that its THC range is significantly higher, at 17-26%. That is a big difference, so consumers of this strain should bear this in mind.

Redwood Kush is considered to be a good choice for people with depression or stress due to its uplifting effects. This strain is also said to have anti-inflammatory properties too. Medicinal consumers of this strain also say that it can help with muscle spasms and leg cramps.

One downside to Redwood Kush is that it commonly causes its consumers to become couch-locked. Its high has been described as “spacey,” too, which leaves its users in a dreamy, unfocused state. Also, Redwood Kush is commonly used by people with insomnia due to its sedating effects. For these reasons, this strain is only suitable for evening time use.

In particular, people with insomnia choose this strain for its strong, sedating effects. Afghan Kush consumers rate its ability to help relieve pain very highly. Therefore, Afghan Kush may be useful for alleviating the pain caused by leg cramps.

Novice cannabis consumers should take note that Afghan Kush can produce some adverse reactions, particularly if you over-consume. Some users of this strain report heightened anxiety and paranoia, as well as dizziness after consuming this strain. This strain may also leave its consumers couch-locked, too, due to its robust, sedating effects.

Due to the nature of Afghan Kush’s effects, it is only suitable for evening time use.

White Widow is one of the most popular and famous strains in the world. Ever since its creation in the 1990s, this strain has continued to make waves throughout the cannabis world. 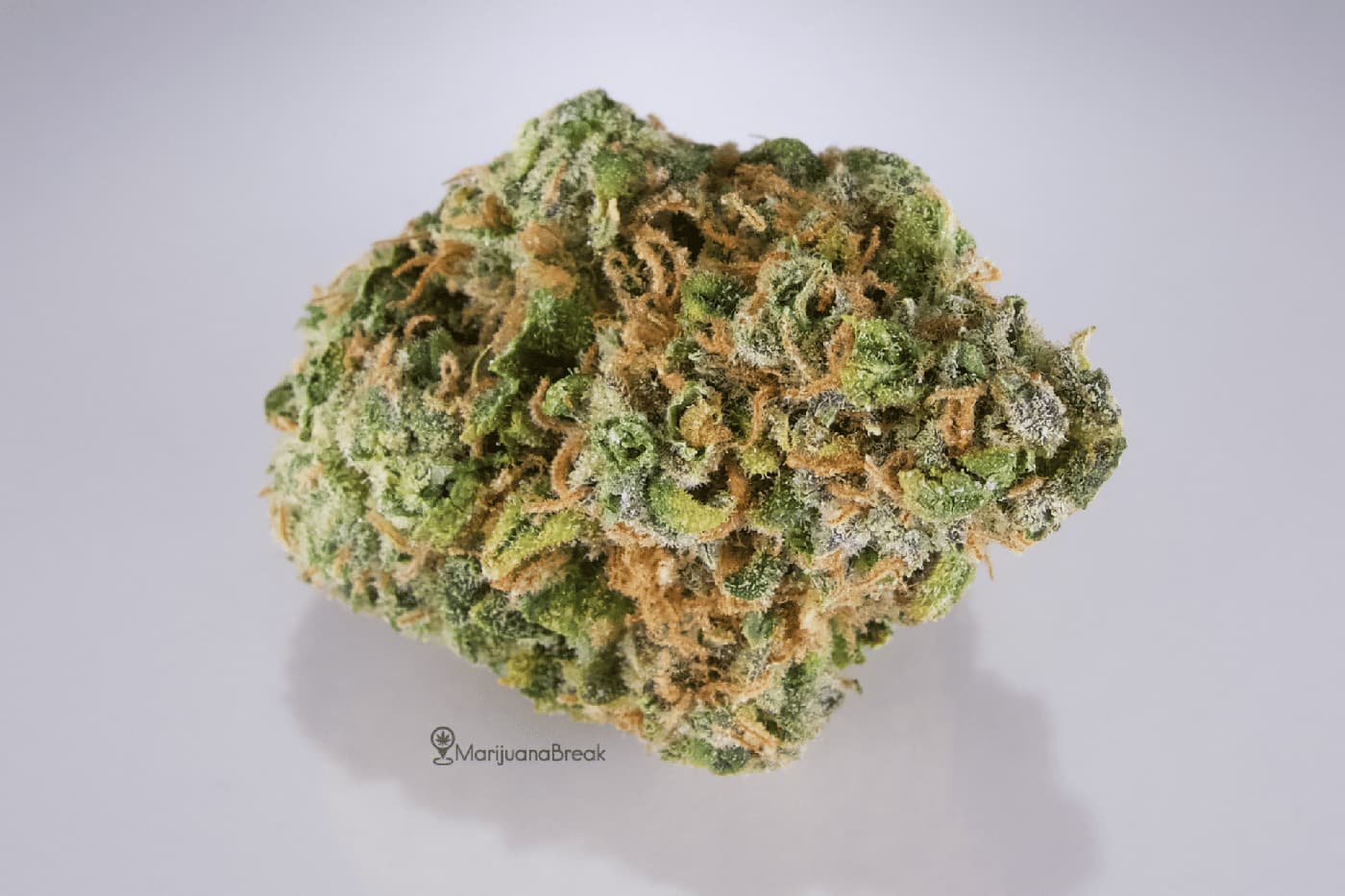 Famed for its potent, euphoric high, and energizing effects, White Widow is considered to be one of the best wake-and-bake strains on the market. If you are looking for a strain to help reduce stress, anxiety, or pain, then White Widow should be on your list.

Novices should take note that White Widow can have a THC level as high as 21.5%, which is pretty potent.

Blue Dream is a slightly sativa-dominant hybrid (approximately 60:40). This strain originated in California and has gone on to achieve legendary status among West Coast strains. The Blue Dream strain’s well-balanced effects offer its consumers the best of both worlds.

What differentiates Blue Dream from some of the other strains on this list, is that it does not have heavily sedating effects. Another plus is that Blue Dream is a fast-acting strain, so consumers won’t have to wait long for its effects to kick in. 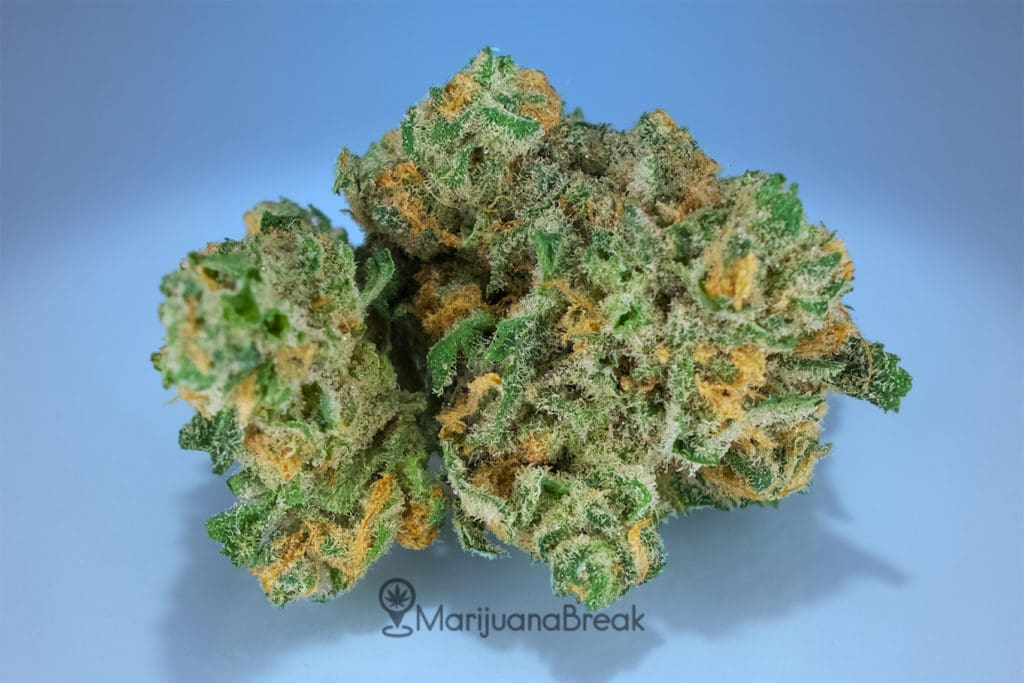 However, Blue Dream’s THC content can be exceptionally high. Samples of this strain have been shown to contain up to a staggering 27% THC. Its high THC level makes Blue Dream unsuitable for novice cannabis consumers.

Experienced, medicinal consumers of this strain say that it is useful for reducing stress, anxiety, and pain. As this strain won’t make you sleepy, it can be used during the day.

The Federal government hasn’t made it easy for researchers to understand the connection between cannabis and leg cramps since marijuana is still classed as a schedule 1 drug. With that being said, many patients are testifying that specific strains are helping them deal with their day to day conditions, including cramps, spasms, and chronic pain.

For more information on cannabis strains and different health conditions, check out our Health Section on the website.