Some estimates suggest that hemp has approximately 25,000 uses! Among its most compelling is its potential for use in the construction industry. There are even suggestions that ‘hempcrete’ is capable of replacing concrete in the long-term.

After all, hempcrete offers the following advantages:

Hemp’s strong and durable fibers have garnered a lot of attention. After all, the plant’s fibers have a superior strength to weight ratio to steel. Creating a house from hemp involves the use of hempcrete. If hemp is stronger than steel, surely it is also a better building material than concrete?

Unfortunately, measuring the overall ‘strength’ of any substance is a complicated process. In this article, we look at how hempcrete compares to concrete as a building material. This includes investigating whether it is actually stronger than concrete.

Hempcrete: What Is It?

As the name suggests, hempcrete is a building material made from hemp. It is supposed to mimic concrete in many ways. Making hempcrete involves mixing the shiv (the plant’s wooden core) with water and a lime binder. This biocomposite material binds together due to a chemical reaction between the water and the lime binder.

Humans have likely used hempcrete for millennia. There is even a suggestion that there is some hempcrete in the pyramids! It petrifies over time. As a result, it is a compound with ample strength and flexibility to survive extremely harsh weather conditions over a long period. Researchers found hempcrete in a French bridge abutment from the sixth century AD. This is further proof of the material’s ability to last an incredibly long time.

Researchers found hempcrete in a French bridge abutment from the sixth century AD. This is further proof of the material’s ability to last an incredibly long time.

Hempcrete’s binder doesn’t fill the voids between the hemp particles. Instead, it coats the particles, causing them to stick together for a stronger consistency. The result is lightweight and breathable material.

Companies can even alter the proportions of ingredients. This enables them to produce hempcrete with differing thermal, structural, and moisture-absorbent properties.

Concrete: What Is It?

It is a building material comprised of water, an aggregate such as sand, rock, or gravel, and Portland cement. The cement normally comes in a powder form. It acts as a binding agent when mixed with the aggregates and water. The concrete mix is poured and hardens into an extremely durable material. 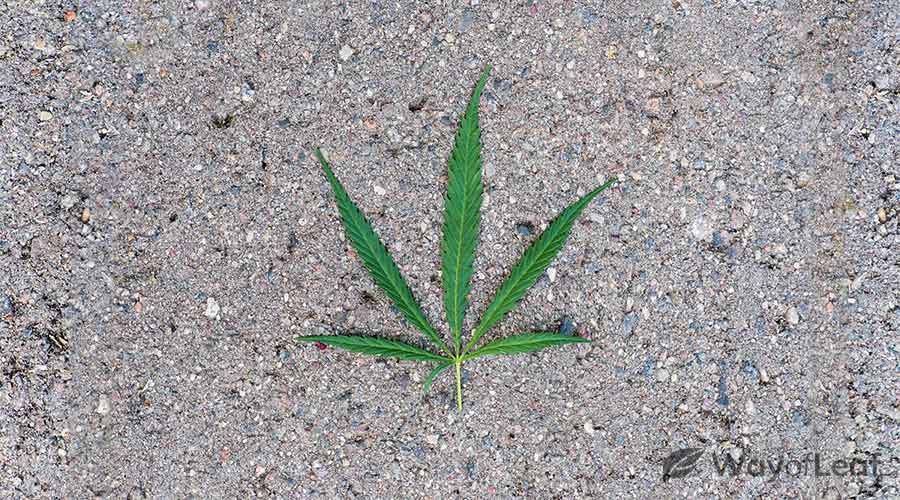 Concrete is an excellent building material. It is relatively inexpensive, capable of lasting for centuries, and is non-toxic when cured. It is resistant to pests and fire. Concrete also has an impressive level of compressive strength.

Related article
How to Build a House Using Hemp

Is it really possible? …

Now, let’s compare hempcrete and concrete in three areas, including the title of the article:

Hempcrete Versus Concrete – Effect on the Environment

One of the main benefits of hempcrete is its low carbon footprint. It primarily consists of plant fibers, so it can store a lot of moisture and release it in the right conditions. Hempcrete handles humid conditions well. It is also highly resistant to mold, fungus, and damp because of the lime binder’s high pH. 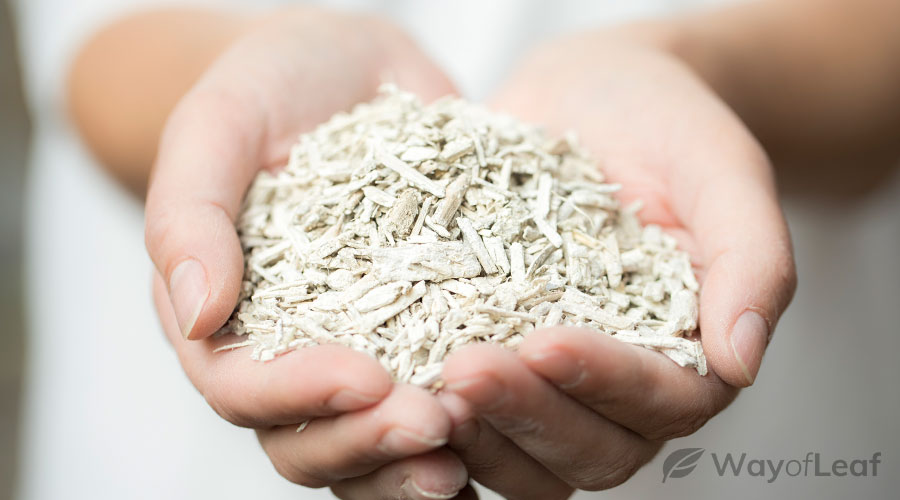 One ton of dried hemp can store 325 kilograms of carbon dioxide. Hempcrete absorbs carbon dioxide when grown and also after becoming a building material. Crucially, it also doesn’t release toxins into an indoor environment.

In contrast, concrete is less environmentally friendly. Cement usually consists of calcium silicates. The process involves heating ingredients such as limestone at a temperature of approximately 2,640 degrees Fahrenheit. This involves using fossil fuels, the third-largest source of greenhouse gas emissions in the U.S.

Concrete also limits ground absorption of precipitation. The result is an increase in ambient temperature. It also cuts off life in the underlying soil. While hempcrete absorbs CO2, concrete emits it.

In theory, hempcrete could help you build a cheaper home. However, there are so few examples of ‘hemp homes’ that it is still a novelty in practice. This means a relatively high price point. In 2010, Russ Martin, then the mayor of Asheville in North Carolina, had his home built from hemp. It was possibly America’s first hemp house.

It cost around $133 per square foot to build it. The average house price in his region at that time was just over $76 per square foot. If there is an uptick in hemp houses, we would expect the average cost to fall significantly.

The thing is, concrete is relatively inexpensive too. Hemp Technologies Global was involved in the building of Martin’s house. On its website, it quotes hempcrete at the cost of $506.60 per cubic meter. The price falls to $440.64 for ‘Club’ members.

Now it is time to answer the big question: “Is hempcrete stronger than concrete?” The short answer is ‘no.’ The typical compressive strength of hempcrete is between 0.5 and 3.5 megapascals (MPa). This is the equivalent of 72.5 pounds per square inch (psi) to 507.6 psi.

In contrast, residential concrete has a compressive strength of 17 MPa (2500 psi), rising to 28 MPa (4000 psi) in commercial structures. For reference, a stiletto heel can exert around 471 psi. Therefore, hempcrete likely can’t withstand the impact of stiletto heel!

As the term suggests, compressive strength is the resistance of a material to breaking under compression. The main reason why hempcrete has such a low compressive strength level is down to its construction. It is composed of minimal dense material. It weighs around one-eighth of concrete. Hempcrete offers tensile strength when its fibers are used, which can reduce surface cracking. However, it doesn’t enhance compressive strength.

In contrast, concrete includes sand and different sizes of aggregate. The density of these ingredients adds to their high level of compressive strength.

Hempcrete offers tensile strength when its fibers are used, which can reduce surface cracking. However, it doesn’t enhance compressive strength.

Another issue is that the lime used in hempcrete takes a long time to reach its final strength. That said, concrete is a relatively brittle material. It isn’t ductile and lacks plasticity. Therefore, it is more susceptible to cracking than hempcrete. At least, this is the case if ‘fat lime’ is used instead of hydraulic lime. In this instance, the hempcrete can accommodate a small long-term movement level without a major loss of strength or an increase in cracking.

Final Thoughts on Whether Hempcrete Is Stronger Than Concrete

There are many reasons why it is worth considering hempcrete instead of concrete as a building material. It is lightweight, non-toxic, and fantastic for the environment. However, at present, the notion that hempcrete can ‘replace’ concrete is fanciful.

Hempcrete lacks the compressive strength required to build durable housing on a large scale at present. The overall strength of concrete is vastly superior, although it is more likely to crack suddenly.

It is important to note that hempcrete is a much better insulator than concrete. Companies that use this building material do so in concert with concrete, rather than instead of it. This situation is unlikely to change in the near future.