The hemp plant has been cultivated for at least 10,000 years and probably a lot longer. The ancient Chinese and Mesopotamians, among others, used the crop for food and fiber. As you know by now, industrial hemp is not marijuana. While they both come from the genus Cannabis, hemp contains only trace amounts of the intoxicating compound, THC.

As well as making clothes from hemp, civilizations learned that the added strength of hemp made it ideal for rope. It was even used to make paper! During the 17th century, some colonies in North American made hemp cultivation a mandatory requirement.

DID YOU KNOW? Henry Ford once dreamed of creating a car manufactured and fueled by hemp.

He went as far as creating a prototype, although the body contained less than 10% hemp cellulose fiber. In 1938, Popular Mechanics referred to hemp as a ‘billion-dollar crop.’ Sadly, the Marihuana Tax Act of 1937 had already made the plant illegal. It also received the same Schedule I classification as marijuana in the Controlled Substances Act in 1970.

Finally, in December 2018, the Farm Bill became law. At the time of writing, it is legal to grow industrial hemp in the United States. Although it has happened 80 years too late, hemp is finally going to be a legal billion-dollar crop. The potential of hemp biocomposites is mind-blowing.

What Are Hemp Biocomposites?

To answer that question, you first need to understand a couple of other terms. 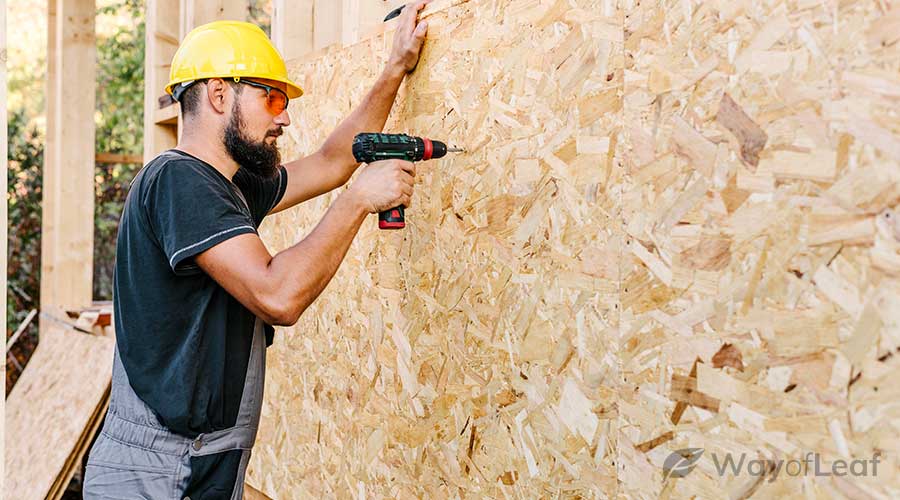 A composite material is made from at least two or more constituent materials with different chemical or physical properties. When combined, this ‘composite’ produces a material with traits different from the separate components. Composite wood, such as plywood, is a prime example.

A biocomposite material is formed by a matrix (resin) along with reinforced natural fibers. The resin is formed by polymers that come from non-renewable and renewable sources. The resin protects the fibers from mechanical damage and degradation from exposure to the environment. The bio-fibers used include recycled wood, cotton, flax, or hemp.

Using this information, we can now say that a hemp biocomposite means using hemp to reinforce composites. Blending materials include polyethylene, polyester, and polypropylene. It is possible to use a 100% biocomposite because you can add canola, corn, or soy as plant-based resins.

We live in an era where companies are desperately trying to develop sustainable, recyclable, and biodegradable materials. Hemp fibers, found in the plant’s stem, fit the bill on all three counts. They are also extremely strong and durable. For reference, hemp fibers can hold nearly double the weight of steel before it will crack and break.

Hemp fiber also has 62% greater tear strength and double the tensile strength of cotton denim. Hemp produces over 2.5 times the fiber of cotton and seven times the fiber of flax using the same amount of land. Each hemp plant that grows can save 12 trees, and it can be grown without the need for pesticides. Finally, it only takes hemp 3-4 months to grow.

Here are a few most likely uses for hemp biocomposites.

In August 2010, the world’s first home made entirely from hemp was built in Asheville, North Carolina. Other examples of building composites that involve hemp are roofing shingles.

There is even hempcrete, which is a mixture of hemp hurds and lime. When these two materials combine, they create a chemical reaction that binds the mixture, and it continues to harden until they fossilize. Houses made with hempcrete could last for hundreds of years!

Hemp oil is perfect for use with natural wood sealants and paints. It offers exceptional performance with no concerns about Volatile Organic Compounds (VOCs). It dries quickly and penetrates deep into the wood for outstanding all-around protection.

Did you know that hemp fiber has antibacterial properties? Some claim that hemp fibers kill various types of surface bacteria such as E. coli. As a result, manufacturers could use hemp biocomposites to create baby toys, kitchen implements, and exercise mats.

The qualities of hemp fiber make it an outstanding option in the textile industry. It is the strongest and most durable of all the natural textile fibers and holds its shape. Therefore, garments made from hemp are less likely to become stretched out or distorted.

The potential for hemp biocomposites was well known long before the 2018 Farm Bill passed.

In September 2015, a Market Report forecast that the global natural fiber market would grow at a CAGR of over 8% from 2015 to 2020. The report stated that the main driver for the hemp market’s growth was increased demand for environmentally-friendly, sustainable, and lightweight composite materials in applications such as building & construction and the automotive industries.

Practically every report outlining hemp biocomposites’ market growth notes that demand is highest in the automotive industry. This demand is down to the greater need for safer, lighter, and more fuel-efficient vehicles. Major car-makers, including General Motors, Audi, and BMW, are already using non-wood fiber composites to design exterior and interior parts.

The latest Corporate Average Fuel Economy (CAFE) standards on reducing vehicle weight for greater fuel efficiency means that the demand for hemp biocomposites and other natural fiber composites is going to skyrocket.

An estimated two million vehicles made in North America use biocomposites. Nonwoven hemp matting and epoxy or polypropylene are pressed into parts, including trunk liners, package trays, and luggage racks. They are used instead of fiberglass composites, which are heavier and not as safe.

The idea of making cars from hemp is more than a fad as major manufacturers prepare for the hemp revolution. Researchers in England and Australia have been developing materials from hemp for almost 20 years. When car-makers finally embrace hemp, they will find that even creating an outer shell from hemp fibers will make a difference. Imagine a scenario where a car’s body doesn’t rust?

In the United States alone, over 11 million vehicles reach the end of their useful lives each year. Admittedly, different facilities process all but 4% of these vehicles, while 25% of the vehicles by weight become waste. This waste mainly includes fibers, foams, rubber, glass, and plastics.

Theoretically, a car made from hemp could degrade underground. At present, it is mainly European companies looking into making cars from hemp. However, GM’s movement in the United States, plus the fact that industrial hemp cultivation is now legal, means that other car firms will have to update their manufacturing processes or risk falling behind.

Hemp was an important crop for thousands of years and was used to make everything from clothes to rope. It was arguably on the verge of a mainstream breakthrough in the United States in the 1930s until the Marihuana Tax Act made the plant illegal. Eighty years later, cultivating the crop in the United States has finally received the green light.

This new and improved legal status means that hemp fiber is in demand. It is remarkably strong and tough, grows quickly, and is the cost-effective, biodegradable, and renewable material that manufacturers in several industries have been waiting for.