It is a stretch to suggest that hemp houses are a growing trend. The truth is, hemp building material is still sparsely used. However, the process will likely increase in popularity sooner rather than later. There are plenty of issues associated with hemp construction. One of them is the relatively high cost when compared to ‘traditionally’ built ones.

There are plenty of issues associated with hemp construction. One of them is the relatively high cost when compared to ‘traditionally’ built ones.

At least one issue was recently resolved. The Farm Bill of 2018 legalized the growth of industrial hemp in the United States. Before this legislation, would-be hemp home builders had to rely on imported hemp. This rapidly increased the cost of obtaining the source material. Most states now allow for hemp growth. As a result, you could find the material you need nearby.

With this giant obstacle out of the way, we would expect further examples of hemp building projects. The first modern hemp house wasn’t built in America until 2010. Eight years later and there were still only 50 such properties. Legalization should remove the arduous process of sourcing hemp and getting a special permit.

However, how does the cost of a hemp house compare to a ‘standard’ property? Let’s find out in this article.

Hempcrete is the name of the hemp building material used to create houses. It consists of the hemp plant’s inner woody core mixed with a lime-based binder. It is extremely lightweight with outstanding insulation properties.

There is, however, one massive problem with hempcrete. It isn’t strong enough to hold the weight of load-bearing walls. Therefore, it is currently impossible to build a standard house with hempcrete. 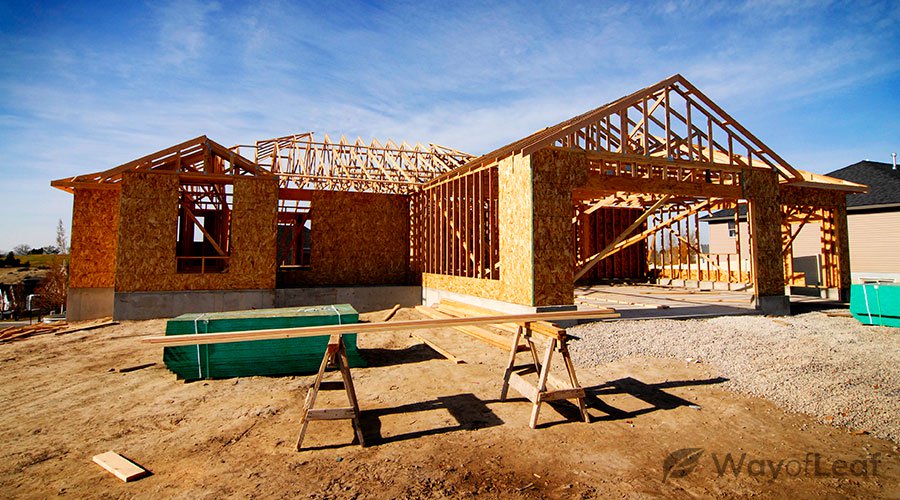 Instead, the goal is to manufacture as many parts of the house as you can with hempcrete. You still require materials such as steel and timber to develop a basic structure. You pour hempcrete between wooden boards to fill in the walls. Ultimately, you remove the boards once the hempcrete is set.

Apart from putting hempcrete in the walls, you can also have roofs and floors made from it. Again, however, you use them in conjunction with other materials.

The First Hemp Houses Were Expensive

Over in the United Kingdom, a couple living in Oxford dreamed of building an inexpensive house. They ended up creating a four-bedroom property. Their original budget was £150,000. However, the final bill came to over £300,000. Moreover, the couple performed much of the work themselves. The process took two years.

It isn’t all bad news. Perhaps the couple could sell the property at a profit in the next few years. After all, it seems likely that the value of hemp construction projects will grow. In New Zealand, one group built a property with 500 bales of Dutch hemp. They sold it for $650,000.

How Much Does a Hemp House Cost Now?

Unfortunately, there are far too many factors to provide an accurate estimate. Remember, you still need to include other building materials. Then there is the matter of paying for a plot. Overall, before you include the price of hempcrete and labor, the starting cost will vary significantly from one place to the next.

You also have the option of buying hempcrete or trying to make it yourself. It is possible to get a pallet of 990-pounds of unprocessed hurds in the U.S. for around $500. A yield of 800-900 pounds per acre is considered ‘good.’

In general, you might need a hectare of hurds to create a 1,450 square foot house. However, the average American home is around 2,500 square feet. Therefore, you would need 1.72 hectares of hurds. This equates to 4.25 acres worth of hemp at 900 pounds an acre.

In essence, you would possibly need four pallets of hurds at the cost of just over $2,000. Then you have to go through the laborious process of making the hempcrete.

How Much Does Hempcrete Cost?

Some of the leading brands in the industry are open about their pricing. Hemp Tech Global has a list of prices on its official website. It helpfully gives an estimate of how much hempcrete you need for a typical 2,500 square foot house with a 9-foot ceiling. According to the company, you need 300 bags of hemp and 300 bags of iBinder. Using this example, you can expect to pay $18,200. 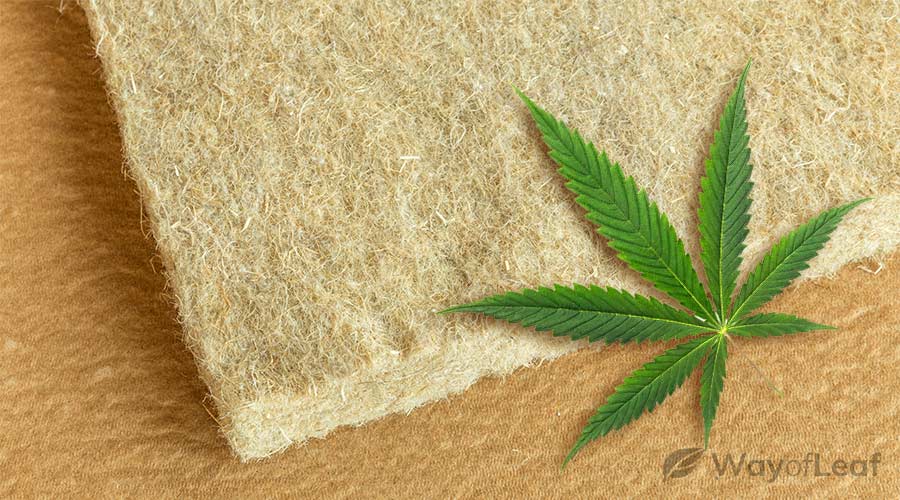 The above doesn’t include the cost of labor. According to Hemp Tech Global, it could take between 10 and 13 days to mix and install the hempcrete. The company recommends completing its two-day training course to become Hempcrete Certified. If you don’t have this certification, the company charges $4,800 to send one of its team to help with installation.

In general, subcontracted labor will likely cost up to $250 per square meter.

What Is the Average Cost of a Standard Family Home?

According to the National Association of REALTORS (NAR), the median house price of ALL home types was $295,300 in June 2020.

For the record, the South remains the cheapest place to build at $100 per square foot. The price rises to $155 in the Northeast. Here is a breakdown of costs:

The cost of your hempcrete house depends on the aspects of the property that require the material.

Final Thoughts on the Cost of Building a Hemp House

We wish we could give you an accurate estimate. However, there are far too many factors to consider. At least you have a reasonable idea of how much it will cost to purchase enough hempcrete for the job. From there, you can try to compare it to how much you’d pay for a house with traditional materials only.

At present, it probably costs a little more to build a house from hemp. However, you may enjoy long-term energy savings. Also, you are doing your bit to reduce carbon emissions. Finally, your hemp home could be worth a lot more than you pay for it in a few years. This depends on how popular hempcrete and hemp housing becomes, though.

5
4 min read
Join the discussion
TOC
Premium
Your subscription has ended
If you love cannabis and want to support our site, join WayofLeaf Premium today and unlock
Best of all, part of your membership fee will go towards supporting the fight to legalize cannabis.
Sign Up for WoL Premium
Not now
I already have an account
×
Log in to Your Premium Account