There is a myriad of benefits we have enjoyed as an ‘advanced’ civilization. However, the human race, as a whole, continues to make mistakes. Allowing everyone to spread their views and agendas on social media is one blunder. Our continuing prohibition of hemp is another.

Fortunately, common sense prevailed for once with the passing of the Hemp Farming Act of 2018. It removed hemp from the Schedule I status afforded to drugs such as heroin under the Controlled Substances Act.

Most claims suggest that humankind has used hemp for 12,000 years. However, archaeological evidence suggests that we have used hemp for over 29,000 years!

Simply put, we have wasted a tremendous opportunity over the years. Hemp is an exceptionally versatile plant with a wide array of uses. This article outlines five ways in which ancient people used their hemp crops. Perhaps it is high time we revived these processes!

Hemp was probably the first plant cultivated for textile fiber. Archaeologists discovered a piece of hemp cloth in modern-day Iran and Iraq (ancient Mesopotamia). They believe it is around 10,000 years old.

Excavations on the island of Taiwan uncovered evidence that settlers used the marijuana plant. A team of researchers found broken pieces of pottery with twisted hemp fiber embedded in its sides. Again, the site was approximately 10,000 years old.

Ancient peoples learned that twisted strands of hemp fiber were stronger than individual strands. The Chinese perfected the art of spinning fibers into fabric. This innovation ended the need for animal skins as clothing. 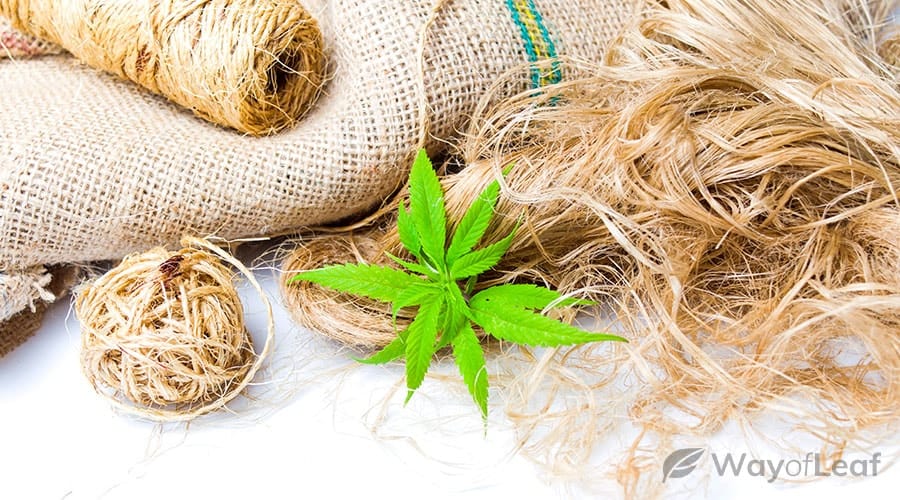 It is no surprise to learn that the Chinese chose hemp as their material to make clothes. The Chinese text “Book of Rites” (second century BC), said that mourners must wear clothing made from hemp fabric out of respect for the dead!

It is a tribute to the strength of hemp that the Chinese also used it to manufacture shoes. The plant gained a foothold in Chinese culture to the point where China became known as the ‘land of mulberry and hemp.’ Silkworms fed on the revered mulberry plant and created valuable silk material. However, it was too expensive for most people, so they used hemp instead.

It isn’t difficult to understand why ancient cultures used hemp fibers to make clothes. It is lightweight, absorbent, and inexpensive. Also, hemp possesses three times the tensile strength of cotton.

The earliest settlers in colonial America also used hemp to make clothes. In 1632, the Virginia Assembly decreed that all planters were obliged to plant hemp, such was its importance! By the end of the American Revolution in 1783, Virginia alone produced over 5,000 tons of hemp per annum.

Hemp remained the #1 choice for clothing until Eli Whitney invented the Cotton Gin in 1793. The device was able to pull out the seeds from the cotton bolls. As a result, cotton became the most popular option. This was mainly because farmers could grow it on land devoid of nutrients. Cotton became a cash crop by the middle of the 19th century, and hemp began its slow descent into prohibited status.

As we mentioned in the introduction, humans used hemp make rope at least 29,000 years ago. There is evidence of hemp being used as rope dotted throughout history. It appeared in southern Russia in 600 BC and Greece in 200 BC, for example. The mighty Vikings took hemp rope (and seeds) with them to Iceland during the middle of the ninth century AD. There is also evidence that Italian ships began using hemp rope as early as the tenth century AD.

We used numerous materials to create rope throughout history. However, many of them were susceptible to rot when exposed to seawater. It became a crucial material during the age of exploration. Typically, ships have miles of rope, with different pieces involved in various ship functions.

One issue with hemp rope is that it could rot from the inside. In the past, safety checks were not as commonplace as they are now. As a result, hemp ropes snapping was a danger if they remained unchecked.

Some companies still sell the edible seeds of the hemp plant. These seeds have a mild, nutty flavor and are used to make milk, oil, cheese, and even protein powder.

Hemp seeds contain an immense array of nutrients, including protein, potassium, zinc, magnesium, calcium, iron, and phosphorus. They also contain vitamins A, C, E, and a handful of B vitamins. Also, hemp seeds contain the ideal ratio of omega-3 and omega-6 fatty acids.

Ancient civilizations may not have understood the minutiae of hemp’s nutritional value. Nonetheless, they soon became aware that they could eat the plant’s seeds raw, cooked, roasted, or even ground into a powder.

Hemp seeds are regaining their popularity, but the Chinese were consuming them thousands of years ago.

Every canton in China grew hemp. It was just behind millet, rice, vegetables, and orchards in order of importance. Hemp became a significant crop during the Middle Ages and was used to satisfy the growing world’s fiber and food needs. In 1535, King Henry VIII of England passed an act. It decreed that all landowners had to sow a minimum of 0.25 acres of hemp or face a hefty fine!

The Chinese are responsible for an incalculable number of significant inventions. However, paper is unquestionably one of the most crucial. It is no exaggeration to say that civilization would have progressed at a glacial pace without paper. Chinese legend states that an unimportant court official named Ts’ai Lun invented the paper-making process in 105 AD.

Previously, the Chinese had to write on bamboo slips and wooden tablets. Painting on silk tablets with brushes was one alternative, but it was costly. The precise details surrounding the invention are unclear. However, we know that Lun used crushed hemp fibers and mulberry tree bark and smashed them into a pulp.

He placed the mixture in water. When the fibers rose to the top, they were tangled together. Lun removed pieces of the debris and placed them into a mold. Once the material dried, the fiber was formed into sheets.

The Chinese hid the secret for centuries. It was their rivals Japan who finally uncovered it in the fifth century AD. Eventually, the Arabs learned the secret from Chinese prisoners they captured after the Battle of Talas in 751 AD. Samarkand was the scene of the first paper mill in the Islamic world. By the 12th century, paper mills were functioning in Moor-occupied Spain.

Throughout history, humans used hemp paper for historical purposes. For example, Gutenberg’s Bible and drafts of the Declaration of Independence were probably written on hemp paper.

In 1916, Lyster Hoxie Dewey and Jason L. Merrill of the United States Department of Agriculture made paper from hemp pulp. They concluded that it was a better option than wood. Even so, we have continued to cut down trees to make paper. Perhaps climate change and the negative impacts of deforestation may ensure we revert to using hemp as our paper source.

Related article
Hemp vs. Trees: Here is Why We Should Adopt Hemp

Think how many trees we could …

Bhang is an edible concoction created from cannabis flowers and leaves mixed with yogurt, water, spices, and milk. In India, it was analogous to alcohol use in the West today. Bhang was a pivotal part of social and religious occasions in ancient India. Ancient peoples believed that without bhang at festivities such as wedding ceremonies, evil spirits would come to the happy couple and ruin their lives!

The plant was also a significant part of the Tantric religion, which evolved in the seventh century AD out of Tibet. Three people known for using industrial levels of marijuana founded the first Taoist monastery. In China, some people still worship a ‘hemp goddess’ known as Ma Gu. In the modern age, Rastafarianism places great importance on cannabis use.

Furthermore, in the fifth century BC, the Greek historian Herodotus wrote about the funeral rites of the Scythians. He said that they placed cannabis seeds on red-hot stones and inhaled the vapor. According to Herodotus, the vapor ‘transported’ the Scythians, who began to shout and dance around the fire.

Hemp was a cornerstone of human civilization for millennia. It is only in recent times that we have outlawed the plant. It is a remarkably versatile plant capable of creating strong fibers, clothing, and paper. Hemp remains part of religious ceremonies around the globe, and its seeds are highly nutritious.

We passionately believe that hemp, in particular, should be used in paper-making once again. It is an environmentally-friendly alternative to chopping down trees.

As well as producing more fiber per acre than trees, a hemp crop grows in a matter of months. As a result, we benefit from 2-3 harvests a year, rather than waiting years for trees to grow.

Moreover, hemp farming uses half as much water as cotton and doesn’t need chemical pesticides or fertilizers. We waste little when we grow hemp because we can use the seeds to create oil and food supplements. As a result, we can also use hemp fibers to make lightweight, durable, inexpensive to produce, and comfortable clothing.

In simple terms, hemp is the future of agriculture. The 2018 Farm Bill legalized its growth in the United States. At present, most farmers grow hemp for the CBD industry. However, we should also take advantage of hemp’s remarkable array of uses.

Understand the good from the b…

Can Hemp Replace Plastic? Everything You Need to Know

Weighing up the possibilities

How to Grow Industrial Hemp: Is It Legal?