It is estimated that paper companies in the United States use over one billion trees per annum, converting their pulp to make their products. At present, the U.S. uses one-third of the world’s paper supply, a figure set to almost double by 2050. This is despite the fact that America comprises less than 5% of the global population!

Sadly, there is less than 5% of the original vast amount of virgin forest remaining in our country. In basic terms, we are using trees far quicker than we can replace them, which means importing trees from other countries to fulfil our demand. If all of that information isn’t an eye-opener, consider the fact that American paper mills are #3 in the nation for toxic pollution and energy consumption.

Here’s How Hemp Can ‘Save The Trees’

The actual history of paper goes back well over 2,000 years to when Chinese inventors crafted cloth sheets to record their writings. A Chinese court official named Ts’ai Lun is alleged to have mixed hemp, rags, and mulberry bark with water to create a pulp.

The concept of the paper mill eventually spread around the world and, at first, American paper mills followed the Chinese method of using old clothes and rags to create the fibers for paper. Eventually, they began using fibers from trees because wood was less expensive than cloth and far more abundant. However, it wasn’t until the mid-19th century that paper was almost entirely made from trees.

Meanwhile, hemp has been used as a source of paper for centuries. Even the 11th century Mozarab Missal of Silos was created using hemp and linen rags as the fiber source. Overall, hemp has been cultivated for more than 10,000 years and is considered as one of the world’s strongest fibers. 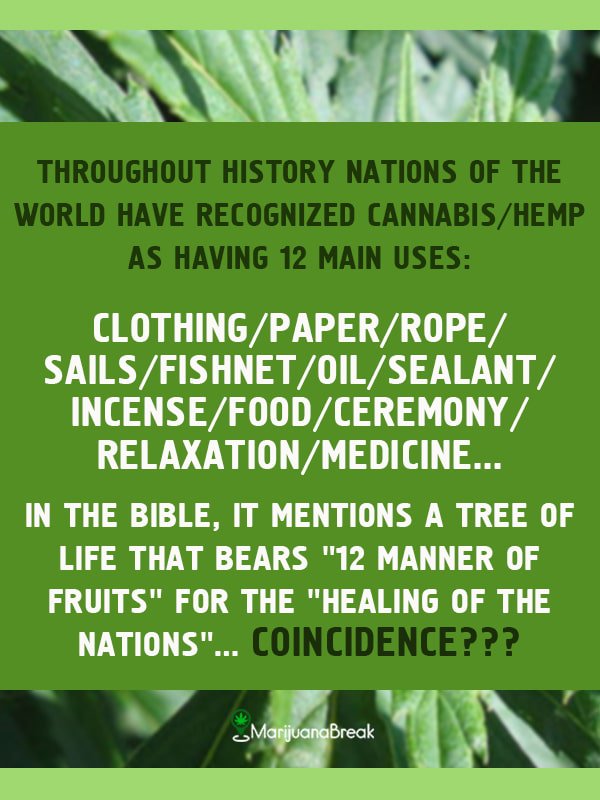 Industrial hemp is lighter, stronger, and less expensive than wood products. Did you know that four acres of trees produce the same amount of cellulose fiber as just one acre of hemp? Also, hemp takes just 100 days to grow to a stage where its fibers can be used. In contrast, you are looking at a minimum of 50-100 years for a tree to reach a similar stage. By the way, hemp reaches an impressive height of up to 20-feet when ready for harvest.

If you believe than an acre doesn’t sound like a lot of hemp, think again! An incredible 10 tons of hemp can be grown on an acre of land in just 100 days, making it the world’s BEST biomass source. If you remember, less than 5% of the United States’ once lush virgin forest remains.The thing is, it is a huge country with lots of space available, and we only need 6% of it to produce 100% of the biomass our nation needs.

Not many people realize that trees are only comprised of 30% cellulose. Toxic chemicals are used to remove the other 70% of the tree during the papermaking process. The more cellulose a plant contains, the fewer chemicals we need to make paper. The vast majority of plants with strong stalks are better candidates to make paper than trees. As far as hemp is concerned, it is 85% cellulose.

Chemicals such as bleach and chlorine are used in the wood pulping process, and they are both notorious for poisoning our waterways. In contrast, hemp can be whitened by hydrogen peroxide, which doesn’t ruin our water.

Speaking of pollution, replacing trees with hemp is environmentally friendly for another reason. Forests need enormous tracts of land, which are hard to find at the best of times. The logging process speeds up the erosion of topsoil, which pollutes rivers, streams, and lakes. In contrast, hemp can be grown on smaller amounts of land, removing the need for logging and dramatically reducing erosion and its ensuing pollution.

Unfortunately, we are now at a point where using hemp as paper is a necessity. We are running out of forest to use and eventually, available woodland in other nations will shrink so rapidly that few countries will be willing to sell America its timber. 70% of American forest has been destroyed in the last 100 years alone. Hemp’s rapid growth and the amount of fiber it can produce means we only need to use 1% of America’s available farmland to meet our paper demands.

Why Haven’t We Made the Switch Already? 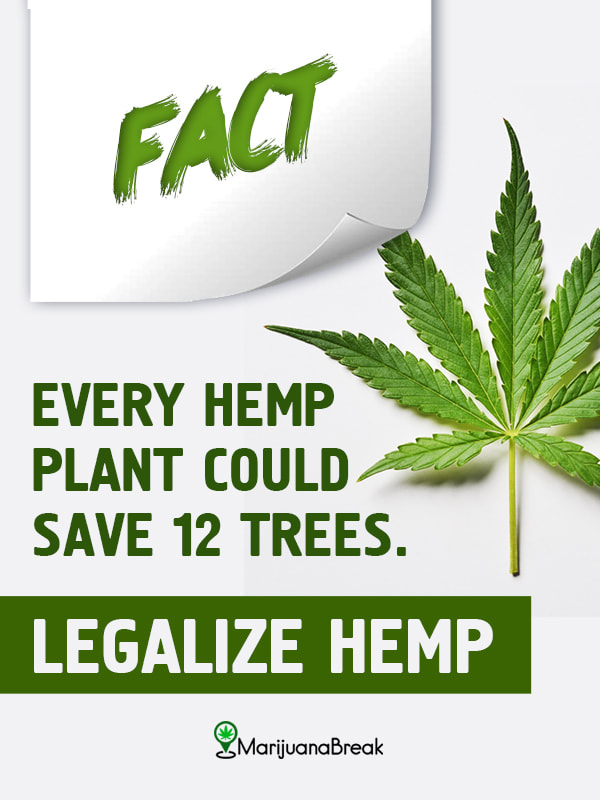 A combination of dwindling resources, expense, and pollution means that surely wood’s days as our #1 paper source are numbered? Easy availability, massive growth, less expense, less pollution, and fewer required resources mean that hemp should be widely used, right? Unfortunately, the fact that it is logical to use hemp for paper instead of trees isn’t enough to overturn the myriad of obstacles blocking its path.

The main problem is that hemp has been classified as marijuana for decades. Although it comes from the same Cannabis sativa plant, it contains minimal amounts of the psychoactive compound THC. As you probably know, the ‘war on marijuana’ has been ongoing since the 1930s when Harry Anslinger and the Bureau of Narcotics successfully demonized weed.

The public’s disgust at marijuana reached fever pitch at that time, and the Marihuana Tax Act of 1937 made possession or transfer of weed illegal throughout America under Federal law. What you may not know is that media magnate, William Randolph Hearst, was a generous donator of time, money, and his media machine to help make marijuana illegal. He was aided and abetted by an American conglomerate, DuPont, which sold its chemicals to Hearst to help him process his paper.

By the 1930s, the hemp industry was thriving, supplying the fibers needed to make items such as clothing, rope, and a host of other items. Most importantly, technological advances had made it possible to process hemp into pulp to produce paper in a more economical, inexpensive, and eco-friendly manner than trees. DuPont and Hearst were desperate to eliminate the threat, and Anslinger was just the man to help them do it.

When the 1937 law was passed, hemp was considered to be the same as cannabis, which meant it was also federally illegal. In one stroke, Hearst and DuPont had obliterated their competition, and they were free to sell chemicals, create paper from trees, and destroy the planet.

It has taken over 80 years, but finally we may see common sense prevailing. In June 2018, the U.S. Senate voted to legalize hemp. The Farm Bill was a bipartisan effort and passed by crushing 86 votes to 11. Even Senate Majority Leader, Mitch McConnell, recognized that it was foolish to place hemp and marijuana in the same bracket, especially since American consumers purchase hundreds of millions of products that contain hemp each year.

Let’s hope that the new Farm Bill enables growers to produce enough hemp to meet our paper needs and reduce the burden on trees. It is possible to make your own hemp using a blender, an iron, and a few other materials. Eventually, however, it should be possible to purchase it readymade in the nation’s stores instead of paper made from trees.