Why Don’t We Have Hemp Cars?

By now, we are acutely aware of hemp’s many uses. There is hempcrete that’s used to build houses. Hemp could also play a massive role in the textile industry. All told, hemp potentially has up to 25,000 uses.

One of the most intriguing is the almost mythical hemp car. Indeed, it has been the source of much speculation since Henry Ford’s proposed hemp plastic vehicle in 1941. Many people have speculated on whether it was possible to create a hemp car.

This article looks into the story behind Ford’s hemp car and checks out modern vehicles made from hemp. Finally, we try to find the answer to the title question: Why don’t we have hemp cars?

The answer is ‘sort of.’ The suggestion is that Ford unveiled a prototype car made primarily from hemp in the early 1940s. Ford was a big supporter of agriculture and wanted to help farmers during the Great Depression. He was acutely aware that the popularity of automobiles was increasing markedly.

The process would also benefit agriculture. The goal was to create an all-plastic car that was up to 300 pounds lighter than steel models. Moreover, these cars would have up to ten times the impact resistance of steel. 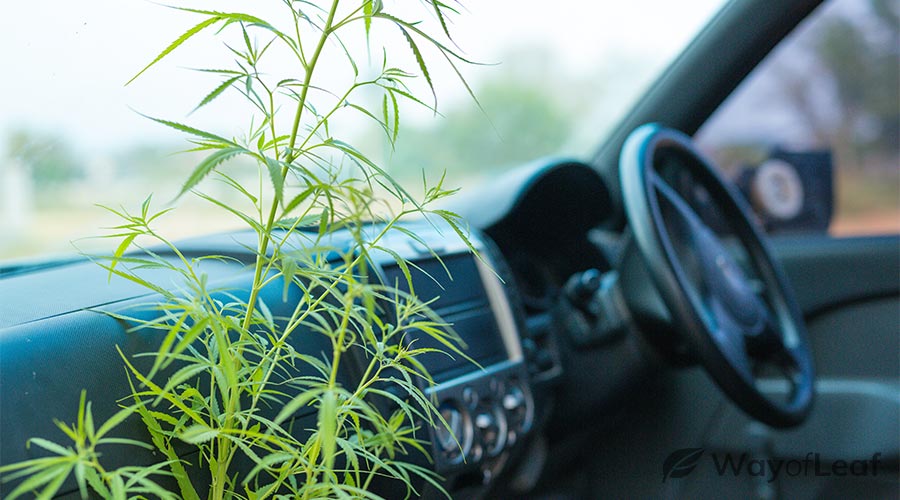 In a February 1941 interview with the New York Times, Ford said his test car would be lighter, safer, and more affordable than other vehicles. While Ford used plastic for much of the car, he used strong fibers such as hemp and ramie.

Unfortunately, then, claims that at least 70% of the car was made from hemp are false. In reality, Ford’s chemists created a plastic consisting of 70% cellulose fiber and 30% resin binder. The cellulose consisted of 10% hemp. Therefore, the body of the car was only around 7% hemp.

Regardless, Ford’s dream never got off the ground. Hemp was already illegal to grow due to the 1937 Marihuana Tax Act. It enjoyed a brief revival during WWII. However, the last federally legal crop was grown in 1957.

Are There Any Hemp Cars?

There are a few automobiles that involved the use of cannabis and hemp in their development. Hemp is around 70% cellulose, which makes it ideal for plastic creation. Manufacturers extract the cellulose from hemp and fabricate it via methods used to make traditional plastics. They can mix cellulose with pre-existing materials to create hybrids.

In 2013, BMW unveiled the i3, an electric car. Reports suggest it is 800 pounds lighter than any other car in its class. This vehicle involves the use of hemp and carbon fiber. Other major car manufacturers are following suit. Porsche used hemp biocomposites in the creation of its 718 Cayman GT4 car, for example. 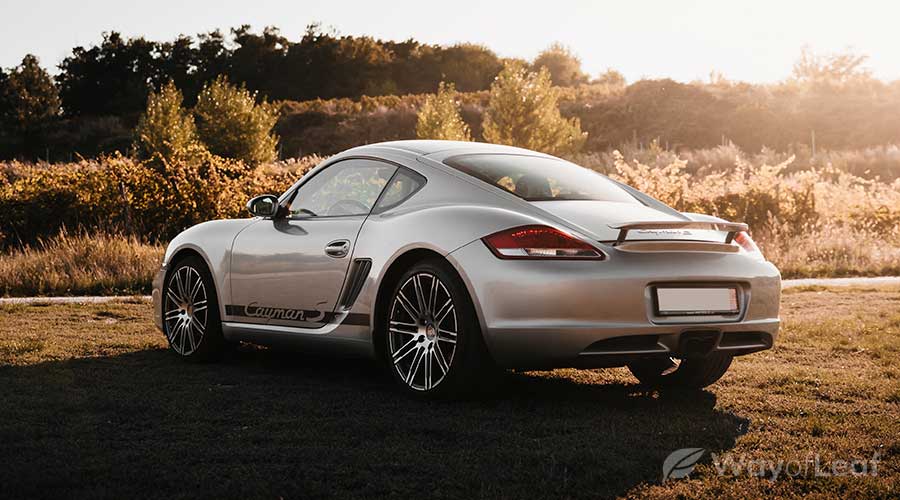 Bruce Dietzen has gone a step further. The former Dell executive spent $200,000 to create his unique sports convertible in 2016. It is made with 100 pounds of woven hemp and the chassis of a Mazda. According to Dietzen, its body is at least ten times more dent resistant than steel. Therefore, in theory, it wouldn’t need huge repairs after minor accidents.

At the time, hemp was illegal to grow in Florida, where Dietzen lived. As a result, he had to import the woven material from China. The vehicle runs on biofuel from recycled agricultural waste. It probably has an even lower carbon footprint than electric vehicles.

Hemp cars have an array of advantages. Hemp is biodegradable and renewable. It is extremely durable and is now legal to grow on American soil.

Moreover, a hemp car would produce far fewer emissions than standard vehicles. A Greenpeace report in 2018 said that the automobile industry was responsible for 9% of the world’s total carbon footprint!

With so many reasons to create hemp cars, why isn’t the road filled with them?

Dietzen’s car cost around $200,000, while a standard version of the same car costs approximately $40,000. Of course, his was a prototype, but the cost of manufacturing hemp cars is still more expensive than their standard counterparts. Perhaps the price will go down now that hemp is legal to grow. Even so, most automobile manufacturers have the cost-cutting process down to a fine art to enhance profits.

Making hemp into a composite for structural use is expensive. It would ultimately cost more than steel at scale. Why? This is down to high labor costs. Steel, in contrast, is cheaper to produce, and it is far easier to use when making millions of cars each year.

If hemp is used in the automobile industry more regularly, manufacturers will surely find ways to reduce costs. Whether it can become cheaper to mass-produce than steel is another matter.

Much is made of the fact that hemp is apparently stronger than steel. There was a study published in the Composites Part B: Engineering journal in March 2012. It looked at the mechanical properties of chemically-treated hemp fiber reinforced sandwich composites. The researchers used polyester resin composites to reinforce the hemp fiber. 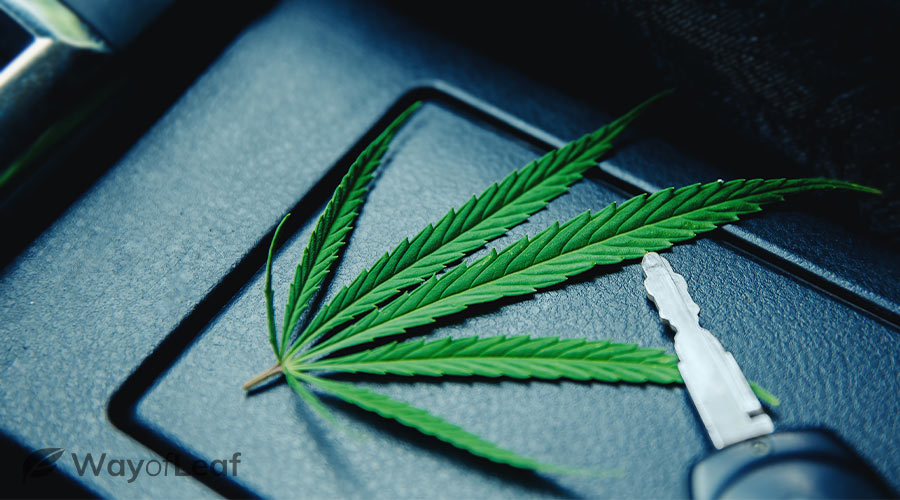 The hemp fiber’s tensile strength is 50 MPa, while its elastic modulus is 3.5 GPa. The unreinforced polyester resin has similar levels of strength and stiffness. In effect, the hemp fibers don’t reinforce the composites. Fiberglass and carbon fibers are now used to create car bodies. Both materials have tensile strengths at least 30 times higher than hemp. Fiberglass is 20 times stiffer; carbon fiber composites are up to 150 times stiffer.

While Dietzen’s car is more dent resistant than steel cars, it doesn’t mean his vehicle will hold up better in a serious accident.

At present, it is only the bodies of vehicles that include hemp. The chassis is still made from steel or carbon, and it is more important than the ‘skin’ of a car in the event of an accident.

Final Thoughts on Why We Don’t Have Hemp Cars

Attempting to make most of a car out of hemp is costly and would result in a heavier car. However, it is possible to use the plant to create the body and upholstery. The process could significantly reduce the carbon emissions of the automobile industry. Even creating a partial hemp car would prove useful for the planet.

In this instance, car manufacturers might find ways to reduce the overall cost. It would also help if governments offered financial incentives to companies that use hemp in car manufacture. Sadly, this is seemingly the main way to boost innovation these days.

Related article
5 Ways Hemp Can Save the Planet

How this humble plant could sa…

3 min read
Video
Join the discussion
TOC
Premium
Your subscription has ended
If you love cannabis and want to support our site, join WayofLeaf Premium today and unlock
Best of all, part of your membership fee will go towards supporting the fight to legalize cannabis.
Sign Up for WoL Premium
Not now
I already have an account
×
Log in to Your Premium Account