Hemp and flax are two plants which have had a close relationship with mankind for thousands of years. Both are versatile crops with a myriad of uses, and both are known for their high nutritional value and potential benefits for health.

In this head to head comparison, we take a look at some of the key similarities and differences between hemp and flax, and whether either plant has an advantage over the other.

So, is there a difference between hemp and flax? Read on to see which comes out on top…

Hemp vs Flax: History and Uses

Humans have used both hemp and flax for centuries as a medicine, food, and fabric. Both plants are thought to have histories spanning over 10,000, years and are as popular today as they ever were. 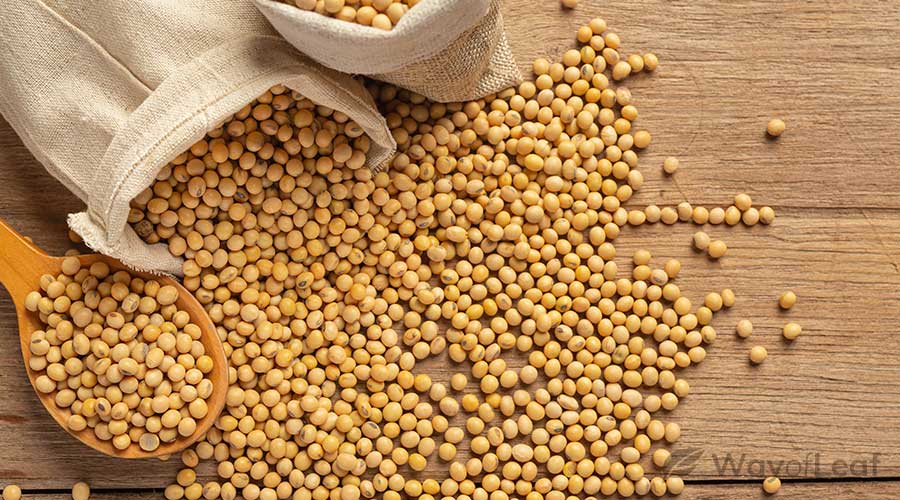 Historically, hemp fibers were used to make cloth, rope, fishing nets, and paper, while its leaves and seeds were used as food and medicine. While we now tend to attribute the medicinal benefits of hemp and cannabis solely to its leaves and flowers, the plant’s seeds are still used in traditional Chinese medicine and work as an effective laxative.

Modern day uses of hemp include the manufacturing of textiles, and due to its immense strength, it can also be used to make a biodegradable alternative to plastic. However, things were not always so rosy for the humble hemp plant as they are today.

For years it was illegal to grow hemp due to its close relationship with cannabis. Although hemp and marijuana are both varieties of Cannabis sativa, they are quite different in that hemp contains minimal amounts of THC, the compound which gives weed its psychoactive properties.

It seems unfair that a perfectly innocent and useful plant should be discriminated against just because of its relatives but, sadly, that was the case in America for many years. However, things are finally beginning to change, and that is largely thanks to a compound in hemp called cannabidiol (CBD).

CBD has received much attention in recent years thanks to its potential health benefits, and although it was illegal to farm hemp in the states for almost a century, this situation has finally changed.

Since 2018, it has been legal to grow industrial hemp with a THC content of less than 0.3%. This development is a real boon for the ever-growing CBD market and has made the popular supplement available to millions of eager customers around the world. A large proportion of the hemp grown nowadays is used to extract CBD, and the industry is growing all the time.

Although it does not produce CBD, flax has many uses similar to those of hemp. The Latin name for flax is Linus usitatissimum, meaning ‘very useful,’ and this name alone gives some indication of the plant’s extreme versatility. It can be used to manufacture high-quality fabric, canvas, twine, and paper, and its oil (linseed oil) is used as an ingredient in paint and varnish.

Like hemp seeds, flax seeds are highly nutritious and have been used as a food and medicine for centuries. In Ayurveda (traditional Indian medicine), flax is used to combat fatigue, benefit the skin, and slow down the aging process. In the Middle Ages, it was used as a diuretic, analgesic, and anti-inflammatory, and Hippocrates reportedly recommended it for abdominal pain.

So, now we know the basics about hemp and flax, let’s take a closer look at their uses.

Hemp vs. Linen: Battle of the Natural Fibers

When a fabric is manufactured from the flax plant, it is known as linen. Both hemp and linen are fantastic natural fibers, and there is very little to distinguish the two. Although hemp and flax fibers look slightly different under a microscope, for the naked eye, it is hard to tell the two apart.

Both hemp and linen are durable, absorbent, and insulating, and both have antibacterial properties. Both fabrics tend to soften up with repeated use, and both have a fantastic shelf-life.

However, when it comes to strength, hemp has a distinct edge over linen. Hemp fibers are up to eight times stronger than linen, and therefore it can withstand more wearing and washing without being damaged. Hemp is also resistant to mildew and mold, meaning that cloth made from hemp has an extraordinary lifespan.

For more on the differences between hemp and linen check out our related article: Hemp vs. Linen

Aside from being used to manufacture textiles, both hemp and flax are known for their highly nutritious seeds. Both are great sources of alpha-linolenic acid (ALA), an omega-3 fatty acid with a host of potential benefits for health including:

Although both plants contain beneficial ALA, flax seeds do provide more of this omega-3 fatty acid than hemp. However, hemp has what is considered the perfect balance between omega-3 and omega-6 fatty acids, something which no other plant can claim.

In addition to omega-3 fatty acids, both hemp and flax seeds are rich in protein, dietary fiber, vitamins, and minerals. To see how these two foods stack up, check out our quick reference chart below:

As you can see, hemp seeds and flax seeds are pretty similar in terms of nutrition. However, hemp just has an advantage in terms of protein and minerals such as magnesium, phosphorus, and potassium.

But what are the specific benefits of hemp and flax for health? Let’s take a look.

Due to their high ALA content, both hemp and flax seeds have a whole host of potential benefits for health and may help with a variety of conditions including:

However, hemp has the distinct advantage of also being able to produce CBD. This cannabinoid is generally extracted from the leaves and flowers of the hemp plant and is believed to be a powerful anti-inflammatory, antioxidant, and neuroprotectant. The list of conditions which CBD may benefit is a long one and includes:

Although flax does not produce CBD, its seeds are also thought to have anti-inflammatory and antioxidant effects too. They also contain phytoestrogenic lignans which are compounds with mild effects similar to those of estrogen. For this reason, flax seeds could help to prevent certain types of inflammatory-related conditions.

So, it’s clear that both hemp and flax have a multitude of potential benefits for human health. But which is better for the environment?

The Environmental Impact of Farming Hemp and Flax

Both hemp and flax are relatively green in terms of how they are farmed. Studies have found minimal differences between the two crops in terms of encouraging biodiversity and overall environmental impact.

One advantage of farming hemp is that it is naturally resistant to pests and does not require pesticides and herbicides which may be harmful to the environment. It is also great for the soil and can be grown in the same fields year after year without issue. Hemp also helps to increase biodiversity in areas where it is produced. In fact, it seems that bees love hemp, and as we all know, these insects are crucial when it comes to fertilizing other essential crops.

However, hemp is an extremely hungry and thirsty plant, and this is a considerable disadvantage in comparison to flax. Hemp requires a lot of water and nutrients to grow, and for this reason, flax was ranked just above hemp in terms of overall environmental impact in a study by the European Environmental Agency.

Hempseed vs. Flaxseed: Which Came Out on Top?

Hemp and flax are two wonderful plants without which life just wouldn’t be the same. It is borderline impossible to separate the two when it comes to versatility, nutrition, health benefits, and environmental impact.

However, here at WayofLeaf, we think that the overall winner of this head to head should be hemp. Not just because we love hemp and all things cannabis-related, but because this plant has managed to overcome adversity and illegalization to once again become one of the most useful crops on the planet. No mean feat, we think you’ll agree!