One issue with cannabis is its pungent aroma. This is a particularly significant issue when you consider that it isn’t federally legal. It is all too easy for someone to pick up the scent of weed. Vaping is potentially a useful way to reduce the risk of detection. The vapor is less intense than the acrid smoke associated with smoked marijuana.

Nonetheless, the distinctive smell is still potentially a giveaway with certain cannabis strains. What you need is weed with a less obvious scent. In this article, we look at five excellent marijuana strains that increase your chances of enjoying a clandestine vaping session. First, let’s look at why marijuana has such a strong odor in the first place.

Smelling Cannabis: Why Does It Happen?

The tell-tale smell of cannabis is due to the terpenes it contains. They are a class of essential oils produced by almost every flowering plant. The aromas provided by these compounds range from pleasant to nasty. There are hundreds of terpenes in weed, which lead to smells like pine, citrus, wood, and balsamic.

You’ll also find terpenes in a wide range of bathroom products. Here are five of the most common terpenes:

The hops used in the creation of beer are close relatives of marijuana. There is ‘skunky’ beer, which means there is a possible link to what one smells in cannabis. One reason for this particular aroma is probably down to the metabolic product of a precursor to acetyl coenzyme A. This is hugely pungent and has a scent akin to sewer gas!

Weed from the ‘golden era’ had a grassier scent than what you’ll find today. That is mainly because the oil content was lower back then.

Weed from the ‘golden era’ had a grassier scent than what you’ll find today. That is mainly because the oil content was lower back then. The introduction of new strains and changes in how the plant is grown has increased the potency rate. As a result, modern-day marijuana is on the skunkier side of the smell spectrum.

However, breeders are getting ahead of the game once again. This time, there is a concerted effort to make cannabis’ scent less noticeable. The combination of a more floral and discreet scent, aided by using a vaporizer, allows for secret vaping. Now, let’s check out five of the best marijuana strains for the job.

This is a world-famous strain developed in the Netherlands in the 1990s. Jack Herer is a fabulous cross of Northern Lights #5, Shiva Skunk, and Haze.

It is a potent, slightly sativa-dominant hybrid, with a THC content of up to 23%. This strain has a reputation for providing a euphoric and vivid intoxicating high. Users report feeling uplifted and relaxed after just a few tokes.

When vaped, Jack Herer provides a pleasant piney and earthy taste. Overall, the odor produced by this strain is minimal. You are more likely to get fruity and earthy tones than a skunky smell.

This is among the best-known strains on the planet. Indeed, its fame level comfortably exceeds even that of Jack Herer! It is a cross of a Thai Sativa and an Afghani Indica. It came from the Netherlands in the mid-1980s and has become a legendary strain. Northern Lights is strongly indica dominant, with a reasonable THC content of up to 18%. 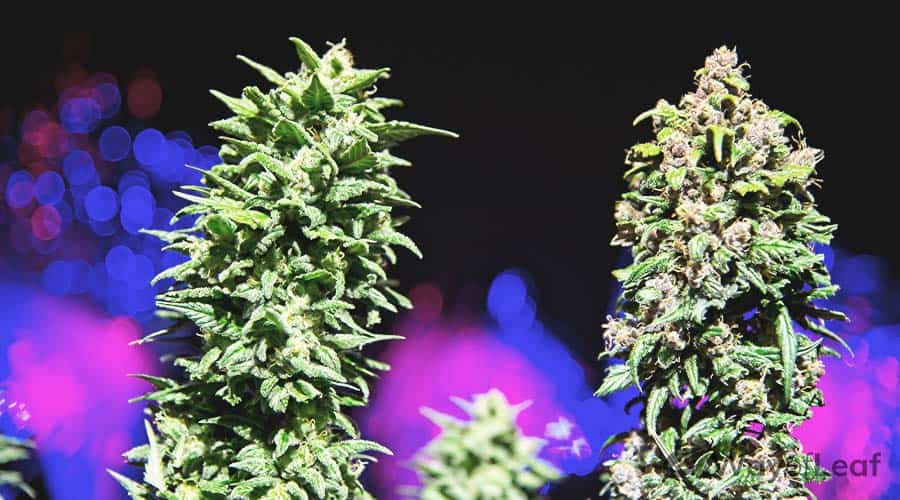 When using Northern Lights, it can take a while to grasp the scent fully. This is especially the case when a vaporizer is involved. Users typically report sweet and spicy notes, with hints of citrus. You may get a soothing and relaxing high that makes you want to fall asleep on the sofa.

According to one story, this was initially called Green Kush. However, Snoop Dogg renamed it Green Crack due to the uplifting and pleasant high it offers. The cerebral intoxication could result in an uplift in mood. It is a sativa-dominant hybrid that’s a cross of Sweet Leaf Indica and Skunk #1. Its THC range varies from 13% to 21%. 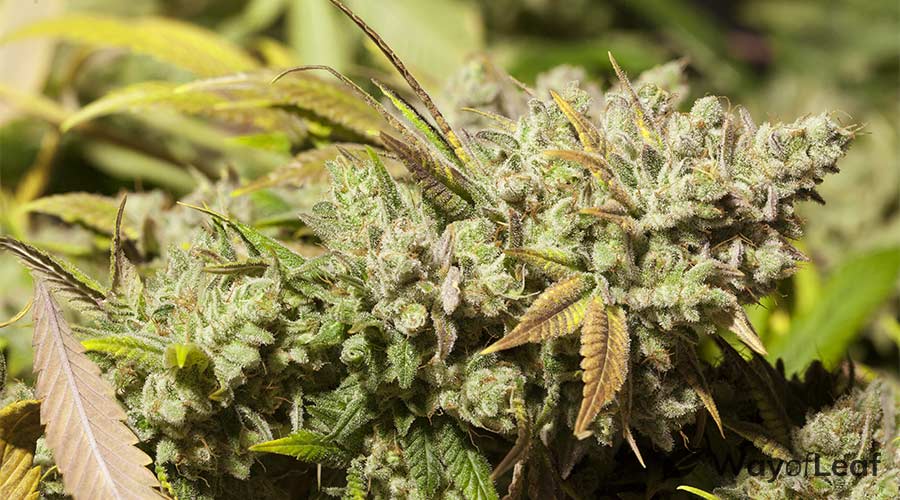 California breeders developed Green Crack, which quickly spread across North America. It offers wood, pineapple, and mango notes. Although it has a distinct fragrance known to many cannabis users, its fruitiness means that non-users won’t necessarily know what it is.

While it doesn’t have a noticeable smell, Blue Mystic is not a strain for novices. It is a cross of Northern Lights and Blueberry. It is also an indica-dominant hybrid that has a THC content of up to 21%. The Blue Mystic high acts quickly and begins with a change in mood and a burst of energy. Soon, however, the physical high takes over and can result in couch-lock.

One of the great things about Blue Mystic is that you will likely only get a relatively mild scent. You really have to concentrate on the smell before it has an impact. Eventually, you will probably get a combination of blueberry and earthiness. However, the mild scent is almost indistinguishable in a well-ventilated house. You can unquestionably vape Blue Mystic in confidence.

The smell of Papaya is such that it can disarm the user. However, they soon learn that this isn’t a marijuana strain to trifle with. It is an indica-dominant hybrid that combines Ice No.2 and Citral No.13. With a THC content that can hit 25%, users must tread carefully. It hits you quickly with a powerful cerebral high that results in a feeling of euphoria. Eventually, it results in lethargy, couch-lock, and the munchies. 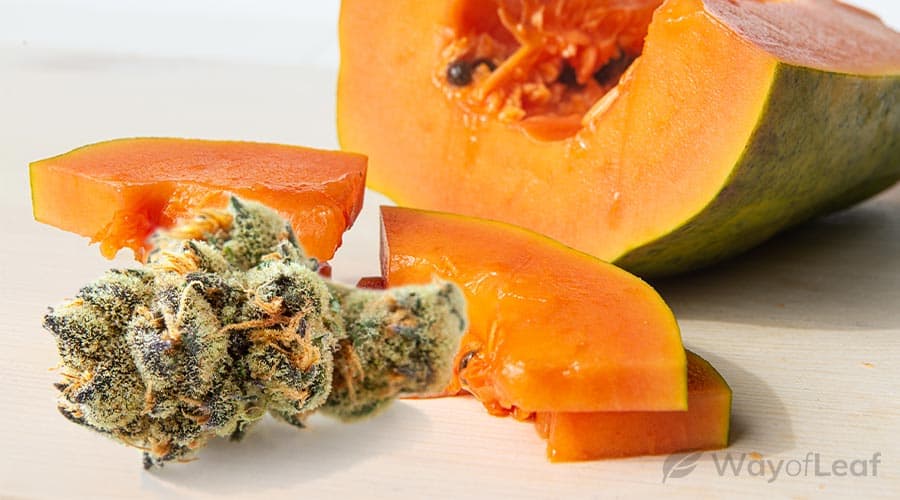 Only experienced users need apply when it comes to Papaya! In terms of scent, this strain provides a tropical fruit aroma that makes it hard for people to realize cannabis. There are hints of skunk and earth, but nothing too noticeable. Overall, Papaya makes for an enjoyable vaping experience. It is ideal for cannabis users who love fruity strains.

Final Thoughts on the Best Marijuana Strains for Secret Vaping

The next time you want to vape cannabis in private, check out this list of strains. All of them provide a pleasant sensation without ever threatening to expose the fact that you are using weed.

However, even though these strains provide minimal odor, please don’t make the mistake of thinking it is okay to use them outdoors. Even in states where cannabis is legal recreationally, it is illegal to use it in a public space. Therefore, you use marijuana in public at your own risk.

Top strains when you're stuck inside