Data from 2020 found that retail sales of legal marijuana in the United States were on course to exceed $15 billion that year. It represented a 40% increase from the previous year’s figure. With several more states set to begin MMJ or recreational programs, the industry’s growth seems guaranteed. Certainly, it can expect increased sales in the medium term.

Therefore, it is easy to get lured into the idea of opening a marijuana dispensary. However, as this article reveals, it is an extraordinarily expensive endeavor. Unless you’re already extremely wealthy, you’ll need to raise capital.

What Is the Estimated Cost of Opening a Marijuana Dispensary?

There is a myriad of factors involved, making it impossible to provide anything other than a broad range. Best estimates suggest it can cost anywhere from $150,000 to $2 million. Typically, you can expect the total to be within the $250,000 to $1 million range.

A lot depends on the size of your operation, primarily for staffing and inventory costs. However, it is far cheaper to start a cannabis dispensary in some states than in others. In California, for example, the licensing fee alone could reach $120,000 depending on the estimated value of your operation. In contrast, a license to sell medical or recreational marijuana in Michigan costs approximately $6,000. 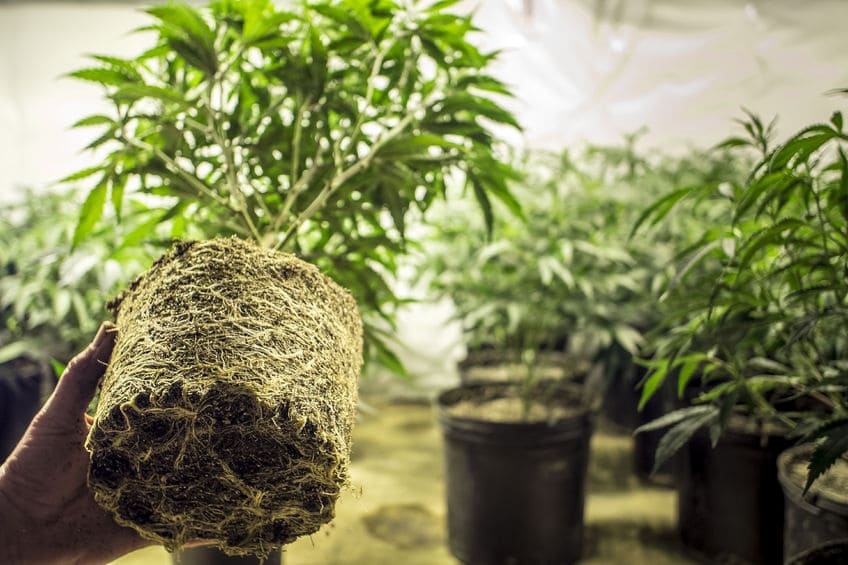 You must also prove you possess enough capital to remain in business. Some states don’t require dispensary owners to have any assets. However, other locations are stricter. For instance, in Pennsylvania, you must have at least $2 million in assets, and one-quarter of it must be in liquid cash.

Let’s break down the costs to get a better idea of what you’re up against.

This is the first step towards opening a marijuana dispensary. The process varies depending on where you plan to operate and is usually both expensive and extensive. You’ll also need to buy a separate license if you plan on cultivating cannabis to sell.

The licensing process varies depending on where you plan to operate and is usually both expensive and extensive.

As you might expect, the cost of rental space varies enormously depending on location. The amount of square footage also plays a major role as it impacts the double taxation and rent under IRC 280E.

Bear in mind that state and city regulations prevent your dispensary from being near schools, parks, churches, arcades, etc. Finding a reasonable location with decent foot traffic could cost upwards of $100,000 per annum. You must also give your dispensary address to the state within a certain period of receiving the license. In Illinois, you must complete the process within six months, for example.

You may also need to invest in interior design to make your store more welcoming and modern.

Given the banking issues surrounding cannabis businesses, security is of paramount importance. Prospective thieves view dispensaries as a golden opportunity due to the amount of cash on the premises. Some dispensaries have more cash inside than certain banks – and with far less security!

You must invest in surveillance, structural design, technology, and security guards. When seeking a dispensary location, make sure it is a difficult place to break into.

Regular banks and financial institutions won’t do business with marijuana companies. As a result, you’ll have to find providers willing to help. These companies tend to charge extremely high fees, so include this in your list of outgoings.

It is also crucial to invest in a good Point of Sale (POS) system which accurately tracks income and expenditure. It should also help you develop a viable cannabis business plan. Accurate record-keeping is essential, or else money could go missing, and you have no idea what has happened to it.

You will need to hire staff such as budtenders, a store manager, perhaps a master grower, and so on. One thing a lot of businesses forget is the need to develop employment practices and handbooks.

Consequently, you’ll probably have to hire an HR professional due to the necessity of training employees. You must create policies to help your team recognize and reduce theft and keep staff and customers safe in an attempted robbery. You’ll also have to train employees to provide outstanding customer service.

Whether you cultivate in-house or purchase from a licensed grower, you have to factor in the likely cost. This is where a robust business plan comes in. It should help provide an estimate of sales, which you can use to determine your inventory’s size and variety.

Here are just some of the extra costs you have to consider:

How Much Profit Can a Marijuana Dispensary Generate?

According to some industry experts, you can expect average sales per square foot of between $1,300 and $1,800 annually. A significant number of dispensaries comprise less than 2,000 square feet. Using the rough income estimate, you could earn between $2.6 million and $3.6 million per annum. However, this seems to be an exaggeration based on the available information.

Data from American Cannabis Consulting shows that over 25% of cannabis dispensaries generate over $1 million a year. Another 15% have revenue of between $500,000 and $1 million. There are a handful of ‘super’ dispensaries that earn over $10 million each year.

There are a handful of ‘super’ dispensaries that earn over $10 million each year.

However, from Ask Wonder, there is other data, which says that a regulated dispensary averages over $3 million a year. As for operating costs, the average is close to $2 million.

One major problem faced by dispensaries is the extremely high tax rates they face. As they sell a federally illegal substance, they don’t receive any credits or deductions for business expenses. Therefore, they could pay an effective federal tax rate of up to 90%!

Dispensaries also face state and local taxes such as sales tax, excise tax, and local business tax. They add these extras to the cost of the cannabis, but this process is causing them to lose customers. The high cost of marijuana means the black market remains as vibrant as ever.

Final Thoughts on the Cost of Setting up a Marijuana Dispensary

It isn’t unusual for a new cannabis dispensary to cost over $1 million to set up. Even a start-up cost of $250,000, which is at the lower end of the scale, is too much for many entrepreneurs. Unless you’re already a millionaire, you’ll have to raise the money from venture capitalists because banks won’t help you.

While the annual revenue may seem eye-watering, you have to account for the high ongoing costs of doing business. You also need to remember that high taxation is par for the course. Even successful cannabis dispensaries will probably take several years to provide an outright profit. If you’re unable to generate sales quickly, there is a strong possibility of going bankrupt relatively early.