Fungi are among the most fascinating and diverse organisms on Earth. From microscopic yeasts and molds to vast mycelial networks, they have the power to both heal and harm. Moreover, they play such a vital role in our planet’s ecology that life as we know it would not exist without them.

Read on to learn our favorite facts about fungi and why mycology is one of the hottest topics right now.

Taxonomy is the branch of science that classifies organisms into groups called kingdoms, depending on their characteristics.

There are five taxonomic kingdoms. The kingdoms Monera and Protista consist of single-celled organisms, including bacteria and amoeba. The Plantae kingdom consists of all plants, including trees, vegetables, flowers, and more. Animalia is the animal kingdom, including humans. And, finally, there is the kingdom of Fungi.

Many people associate the word fungi with mushrooms. However, mushrooms are only a small part of a much larger organism. The main body of the fungus is a concealed network of interconnected strands known as mycelium. 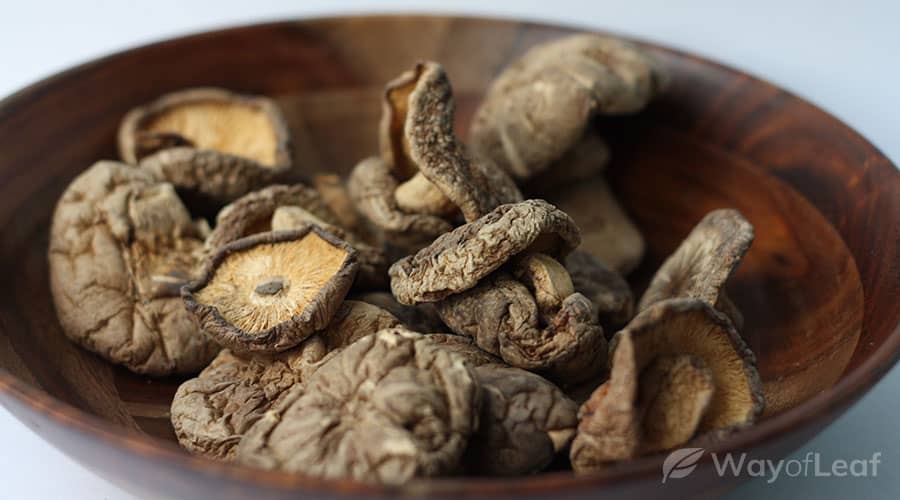 Mushrooms allow the fungus to reproduce by releasing spores into the environment. Therefore, it is possible to compare mushrooms to the fruit of a tree and mycelium to the tree itself.

However, there are many different types of fungi, and not all of them bear mushrooms. In fact, there are relatively few species that do.

Other types of fungi include yeasts, molds, lichen, and aquatic fungi, to name a few. Scientists have described approximately 70,000 species to date, although as many as 5.1 million may exist in total.

The study of fungi is known as mycology. It is an intriguing scientific field that is rapidly becoming more popular. In recent years, renowned mycologists like Paul Stamets and Merlin Sheldrake have thrust fungus into the limelight. Therefore, it is becoming easier to learn about fungi than ever before.

Below, we explore seven fascinating facts about fungi and their relationship with humankind.

1. Fungi Are Closer to Animals Than Plants

Until the 1960s, taxonomists classified fungi as plants. It seemed logical since they could not move around or ingest food in the same way as animals. However, scientific advances have revealed that fungi are actually closer to animals than plants.

Like animals, fungi cannot produce energy from the sun and must find food from external sources.

Like animals, fungi cannot produce energy from the sun and must find food from external sources. Furthermore, some fungal species produce spores called chytrid zoospores, which have a similar structure to animal sperm.

2. Fungi Are Among the Oldest and Largest Organisms on the Planet

Current estimates suggest that the fungal kingdom is at least a billion years old, although it could be much older. Moreover, certain fungi can live for thousands of years and grow to an enormous size.

For example, the largest living organism is an individual shoestring fungus (Amarilla ostoyae) in Oregon. It covers over 2300 acres of land. Experts believe this “humongous fungus” could be between 1900 and 8650 years old.

3. Humans Have Used Fungi for Thousands of Years

Humankind’s relationship with fungi is also long and storied. Many mushrooms are edible and highly nutritious, while yeast is an essential ingredient in baking and brewing. Other mushroom species have acted as everything from a means of starting fires to a religious sacrament.

For example, mushrooms containing the hallucinogenic compound psilocybin were an integral part of many ancient Mesoamerican religions. The Aztecs called them Teonanacatl, or “Flesh of the Gods,” and used them to communicate with deities. Meanwhile, fly agaric mushrooms (Amanita muscaria) were an essential part of shamanic traditions in Northern Europe and Siberia.

More recently, research has shown that psilocybin mushrooms could be effective in treating various mental health conditions. The initial findings are overwhelmingly positive and have led to a growing trend toward decriminalization in several American states.

Other medicinal fungi play a crucial role in time-honored healing systems such as traditional Chinese medicine.

4. Fungi Can Heal and Harm

Numerous fungi have therapeutic effects, including immunomodulating, antioxidant, and anti-inflammatory properties. Some of the best-known medicinal mushrooms include:

To learn more about these species, read our complete guide to medicinal mushrooms.

Fungi have also played a role in the development of many important pharmaceuticals. Perhaps the most famous example is penicillin, which Alexander Fleming discovered by accident in 1928. However, the immunosuppressant cyclosporin and cholesterol-lowering statins also derive from fungi.

On the other hand, some fungi can be extremely harmful to human health. Certain mushrooms are poisonous and can be lethal if consumed. Other examples include the mycotoxins that mold produces, which are extremely dangerous when ingested or inhaled.

Fungi ensure their survival by forming symbiotic relationships with plants and animals. These relationships can be mutually beneficial (mutualistic) or damaging to the host (parasitic).

A prime example of a mutualistic relationship is the way certain fungi interact with plant roots. Various species known as mycorrhizal fungi colonize roots and feed off the carbon that a plant produces.

This is essential for the fungi since they are unable to produce energy via photosynthesis as plants do. In return, the fungi break down nutrients in the soil, making them more accessible for the plant.

Experts also believe that mycorrhizal fungi can act as a communication network between trees. Dubbed “The Wood Wide Web,” the suggestion is that fungi aid in transferring nutrients between plants. They could also potentially provide an early warning system against pests such as aphids.

Conversely, parasitic fungi take advantage of their host while offering nothing in return. They gradually drain the host’s resources causing death or disease.

One famous example is Dutch elm disease (Ophiostoma ulmi). This pathogen is highly destructive and has devastated forests throughout Europe and the United States. Other examples of parasitic fungi include mildew, rust, and smut fungus.

Certain parasitic fungi can also take over insects’ bodies, as is the case with cordyceps. Others can cause infections in humans, including candida, ringworm, and athlete’s foot.

6. Fungi Are Critical to the Health of the Planet

Fungi are among the most indispensable organisms on Earth. Alongside bacteria, they act as efficient decomposers of organic matter. Without them, the planet would be buried under millions of years’ worth of dead animals and plants.

Soil fungi play an essential role in the carbon cycle. They have many other benefits for the environment too, including:

Therefore, a growing number of farmers and horticulturalists are applying mycorrhizal fungi to their soil to improve its health.

Mushrooms appear and disappear according to the season. However, the underground portion of the organism, the mycelium, is infinitely renewable.

Mycelium continuously grows new cells to replace those that are dead or damaged.

Mycelium continuously grows new cells to replace those that are dead or damaged. It is even possible to break off a piece of mycelium and regrow it, providing the conditions are favorable.

Coincidentally, many medicinal mushrooms are associated with promoting longevity in humans. For example, reishi is popular in East Asian medicine and is sometimes nicknamed “The Mushroom of Immortality.”

Why Are Fungi Important?

As the above facts demonstrate, fungi are essential for humans and our planet. They provide nutritious food, medicine and play a crucial role in maintaining the environment. They keep the cycle of life turning by decomposing organic matter and releasing its nutrients back into the soil. 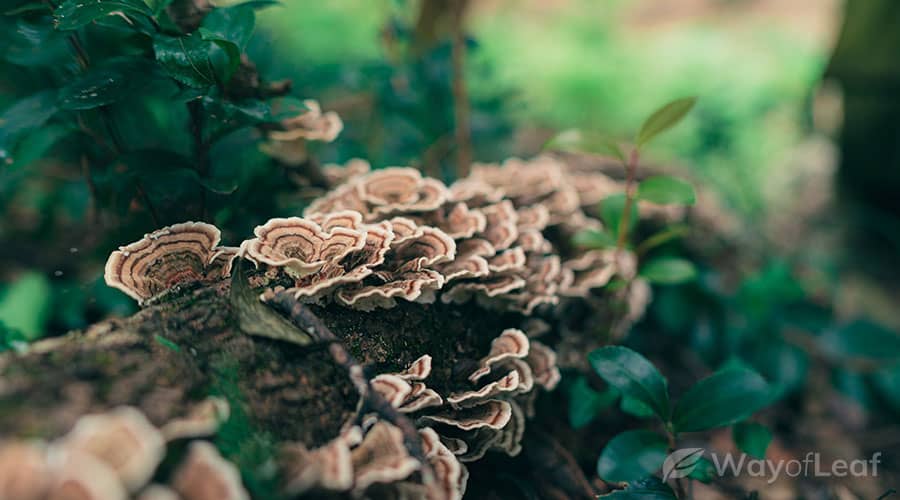 Mycorrhizal fungi are critical due to the relationship that they form with plants. They helped simple, prehistoric algae to grow roots and develop into the crops and trees that we rely upon today. They also contribute to soil health in various ways.

It is not an overstatement to say that fungi are responsible for life as we know it. They truly are unique and wonderful organisms.

Where Can I Buy Mycorrhizal Fungi?

One way to maximize the benefits of fungi is by adding mycorrhizae to our soil. It is a practice that more and more people are engaging in as mycology becomes increasingly mainstream. Therefore, there are plenty of places to purchase mycorrhizal fungi, either in nurseries or online.

There are plenty of places to purchase mycorrhizal fungi, either in nurseries or online.

In general, there are two different types: Ectomycorrhizal fungi and endomycorrhizal fungi. The former colonizes the surface of roots and is ideal when growing trees. Meanwhile, the latter penetrates roots and benefits vegetables, row crops, shrubs, and grasses.

One of the leading brands is MycoGrow by Fungi Perfecti. Award-winning mycologist and researcher Paul Stamets created the company in 1980. He aimed to develop new gourmet mushroom technologies and markets. Fungi Perfecti sells three different mycorrhizae products for a variety of needs. The company also sells a range of medicinal mushroom supplements.

Fungi are essential to life on Earth. The kingdom encompasses a broad range of different organisms, both large and small.

Mycorrhizal fungi are among the most crucial due to their interactions with plants and soil. However, many different types of fungi offer both direct and indirect benefits to humankind.

So, next time you see a pack of mushrooms on the supermarket shelf, take a moment to appreciate fantastic fungi and all that they can do.