There is little doubt that in the modern era, we simply don’t get enough sleep. It is estimated that anywhere from 50 to 70 million Americans have a sleep disorder. An estimated 35% of us don’t even get seven hours of sleep per night, and the average amount of sleep is 6.8 hours. Compare this to previous generations, and it is clear that we are lagging behind. In 1910, for example, the average American slept 9 hours per night!

Therefore, you should be a Good American and sleep more! Of course, the Land of the Free isn’t the only place where a lack of sleep is a problem. It is also an issue in most of the ‘West’. With more entertainment options and an increased workload, we are guilty of poor habits that result in disrupted sleep.

As was pointed out above, turning to sleeping pills is a very bad decision. Aside from trying to establish a healthier nighttime routine, it could be beneficial to use marijuana in the evening. For a long time, it was assumed that indica strains were best for sleep, but it is likely to have more to do with a strain’s cannabinoid and terpene content.

How Marijuana Could Make You Sleepy – The Science

Up to 10 million Americans have a prescription for a pharmaceutical sleep aid such as Ambien, and 4% of adults admit to taking a sedative or sleeping pill in the previous month. Although these pills could work in the short-term, they carry a litany of side effects, including:

Before we get to the research studies, it is important to know that we may have to forget everything we think we know about marijuana. For a long time, we believed that indica strains are for sleeping, while sativas are for energy.

We also focus on THC and CBD, without paying much attention to the 110+ other cannabinoids in weed. Research into the effect of the two most abundant compounds in cannabis shows contrasting results.

Then there is the small matter of terpenes; of which there are over 200 in marijuana. It is believed that terpenes such as myrcene can help you get to sleep. It seems as if indica strains tend to have higher levels of myrcene than sativas, which could be one of the reasons why they are usually more effective sleep aids.

We must also take into account the fact that most studies on weed and sleep were conducted in the 1970s. Back then, it was discovered that low doses of THC (4 – 20mg) led to a slight decrease in REM sleep in non-users and regular users. However, deep sleep increased when weed was initially used, but the effect subsided after further use.

When the dose was increased to the 50 – 210mg of THC range, REM sleep was once again decreased in frequent and non-users. Although total sleep time remained unaffected, the amount of deep sleep was decreased. Once volunteers stopped using THC, there was a slight rebound in REM sleep, but it took longer to fall asleep, and total sleep duration also decreased.

One of the main reasons why research into marijuana and sleep hasn’t improved a great deal in the United States is due to the substance’s federally illegal status. With access only to low-grade rubbish, as well as being forced to jump through dozens of hoops, researchers often decide not to bother with the hassle. It is a shame because the association between sleep and cannabis remains poorly understood.

THC or CBD for Sleep?

A study by Murillo-Rodriguez et al., published in FEBS Letters in August 2006, found that CBD made rats more alert. However, a study by Shannon et al., published in The Permanente Journal in 2019, tested CBD on 72 adults. The researchers discovered that almost 80% of the patients had lower scores on anxiety tests in the first month, and sleep scores improved in two-thirds of the patients.

Oddly enough, 25% of patients had worsening symptoms, which negatively impacted sleep. If nothing else, CBD’s safety profile appears to be reasonable. In the Shannon study, only 3% of patients didn’t tolerate CBD. If you try CBD and it doesn’t work for sleep, it may be worth trying a low dose of THC, to begin with.

A 2013 study by Gorelick et al., published in the American Journal on Addictions, looked at the effects of around the clock oral THC consumption on men who were chronic daily smokers. It was a small study with 13 participants, but it found that higher evening consumption of THC and 11-OH-THC resulted in the volunteers having fewer difficulties in getting to sleep. They also experienced shorter sleep latency, with more daytime sleep the following day.

In many ways, this isn’t a surprise because weed is already associated with relaxation and alleviating stress. One of the main reasons why so many people find it hard to get to sleep is due to stress or anxiety. If you get high enough to forget your troubles until the following day, it stands to reason that you’ll fall asleep faster. It may be worth trying edibles; they take longer to ‘work’ but also last longer.

Cannabis Could Improve Your Level of Deep Sleep 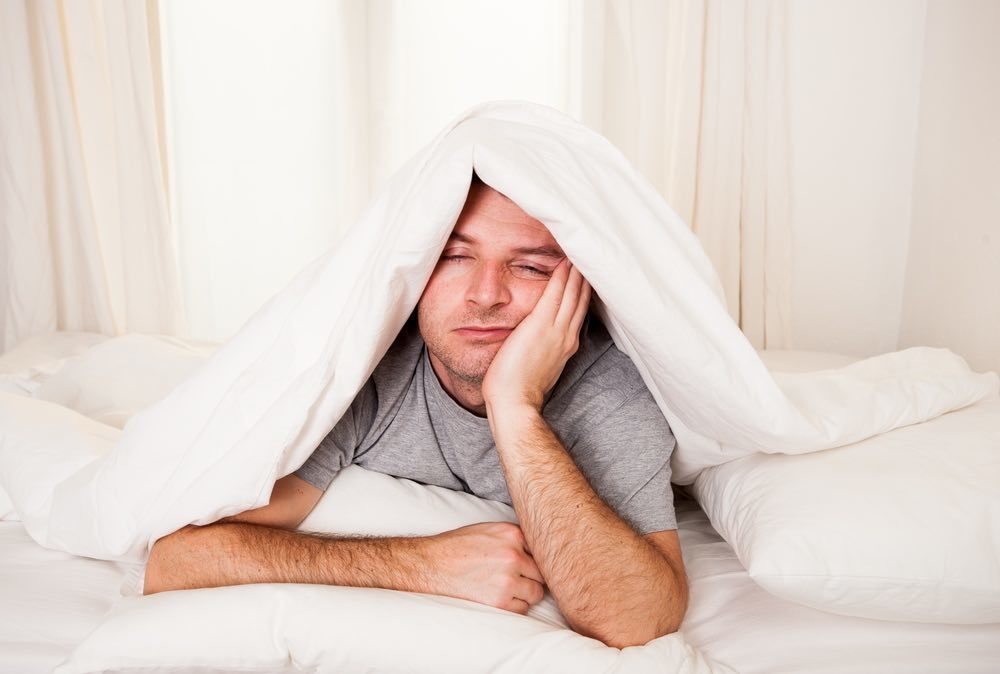 The downside is that you dream less. However, since we forget about 95-99% of our dreams, perhaps it isn’t just a major loss! In a study by Schierenbeck et al., published in Sleep Medicine Reviews in October 2008, ingesting weed with higher levels of THC reduces the amount of REM sleep you get.

For the record, less REM sleep means fewer dreams. If you have a condition such as PTSD, this could be a blessed relief as it would mean a reduction in nightmares. In theory, if you spend less time in REM sleep, you spend a greater amount of time in a state of deep sleep which is believed to be the most restful and restorative part of the sleep cycle.

On the other hand, REM sleep is necessary for healthy functioning of the cognitive and immune systems. Also, other studies, such as the 2016 one by Conroy et al. published in the Journal of Addictive Diseases, suggest that THC could impair sleep in the long-term.

An estimated 20 million Americans suffer from sleep apnea. It is a condition that stops you from breathing on numerous occasions during the night. Each time your breathing ceases, your body is forced to wake up to restart it. This particular sleeping disorder has been linked to medical issues such as diabetes and cardiovascular illnesses.

Therefore, these individuals would benefit immensely from any treatment that stabilizes their breathing patterns. A 2002 study by Carley et al., published in Sleep, suggests that weed is capable of doing precisely that. In the study, researchers gave doses of serotonin, THC, and oleamide, alone and in combination. It found that THC regulated serotonin levels in the brain, which could result in improved breathing patterns.

Other Tidbits on Marijuana & Sleep

If you use too much weed the night before to try and get a good night’s sleep, there is a danger that you will wake up feeling hungover. If you don’t know what this means; it involves a feeling of dehydration along with a bad headache. You could also suffer from a weed ‘hangover’ if you use herb treated with pesticides or low-grade pot in general.

Aged Weed Could Be More Effective

Over time, THC degrades and is replaced with CBN, a cannabinoid known to have an even greater sedative effect that either THC or CBD. The main issue is that it could take years for a large enough level of degradation to be effective for sleep.

Long-Term Users Could Be in a Sticky Spot

As some studies suggest that long-term weed use could be harmful to your health, and possibly inhibit your quality of sleep, the smart decision is to wean yourself off, right? As it happens, if you are a long-term user who finds that marijuana helps with your sleep, discontinuing the treatment may increase the length of time it takes for you to fall asleep.

Keep Weed Away from Minors

Although CBD is often used to treat epilepsy in children, it is best to keep THC away from them. The brain continues to develop during the teenage years, and in a Penn Medicine study in 2014, it was discovered that marijuana use could impair sleep quality in those who began using the herb aged 14 or younger.

Should You Use Marijuana to Help You Sleep?

Unfortunately, the available research is limited and contradictory in some cases. Therefore, it is a matter of personal preference, and we are not qualified to tell you whether or not using marijuana before bedtime is a good idea. There are several methods of ingestion to consider, as well. Edibles last longer but also take a long time to have an effect which means dosing can be a guessing game.

Regardless of whether you vape, smoke, or eat your weed, make sure you start conservatively. This way, the worst thing that is likely to happen is that you wake up at night in need of another dose. It is also unwise to take another hit less than four hours before you are due to wake up because you could feel groggy; as if you have taken a sleeping pill.

The data so far suggests that CBD can help sleep by reducing chronic pain, and ensuring you remain alert during the day. Meanwhile, THC can have a sedative effect, which could reduce the time taken to sleep, not to mention offering a longer period of deep sleep, albeit at the cost of REM sleep.

It is now believed that we go through five sleep stages, and cannabis potentially affects each one.

We go through the above stages several times a night before we finally wake up. Recent research relating to marijuana’s effect on sleep is limited, and older studies are surely outdated. As such, it is hard to recommend the use of cannabis before bedtime, specifically. However, if you have a sleep disorder, it is worth being your own scientist to see if it works for you. Just make sure you use it in sensible doses.