Edibles Versus Smoking Cannabis Explored: Which Is Healthier?

The simple assumption is that smoking marijuana is less healthy than eating it. After all, the former process involves inhaling combusted material, and potentially carcinogenic substances. When you consume edibles, it passes ‘safely’ through the digestive system, and the THC goes into the bloodstream. It is a much cleaner and easier way to enjoy an intoxicating high.

However, it is incorrect to assume that cannabis edibles are entirely safe and healthy. In 2012, the state of Colorado voted to legalize recreational cannabis. In the next few years, doctors at the University of Colorado Hospital in Denver noticed a surprising trend.

The majority of people who ended up in the ER for cannabis-related complaints had smoked the herb. Hardly a shock. Yet those who ate the drug were more likely to have severe side effects, including heart problems and psychiatric symptoms.

From 2012 to 2016, only 9% of marijuana-linked ER visits to the University of Colorado Hospital related to edibles. However, 18% of these individuals suffered symptoms such as psychosis and anxiety, compared to 11% of people who smoked it.

Suddenly, the issue is far from being cut and dried. In this article, we check out the possible health risks and benefits associated with inhaling and ingesting cannabis. We include vaping along with smoking in the ‘inhalation’ category. Ingesting weed relates to eating or drinking it.

Inhaling Versus Ingesting – A Quick Overview

Why Do People Inhale Marijuana?

Smoking cannabis is the ‘classic’ form of use. In previous generations, some people saw the act of smoking weed as ritualistic. Regular smokers of marijuana enjoy the social aspect, and like the fact it provides a relatively fast intoxicating high. For MMJ users, it is essential to feel any potential effects as soon as possible. For example, people in chronic pain don’t want to wait several hours to feel relief.

In recent times, the vaping industry has exploded in popularity. Proponents of this process believe it removes many of the negatives associated with smoking. Vaporizers heat e-liquid into vapor, which the user inhales. The vapor is more refreshing than smoke and less irritating to the lungs. It also doesn’t produce a lingering smell. You can also retain the social aspect of smoking by seeking out fellow vapors. 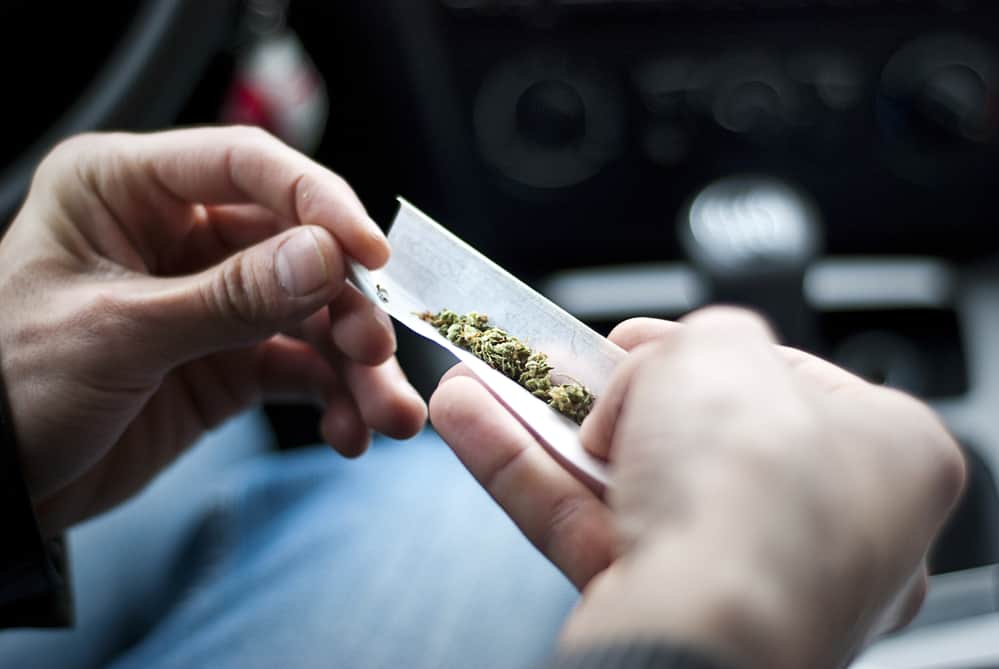 Once again, vaping provides a significantly faster-acting high than edibles. It is also more discreet than smoking. There is an array of tiny portable vape pens on the market that you can conceal in your hand or pocket. For medical use, vaping doesn’t combust cannabis, so you benefit from hundreds of cannabinoids and terpenes.

Whether you smoke or vape cannabis, there also comes a time when you know to put down the vaporizer, bong, dab rig, or joint. Inhaled marijuana goes immediately beyond the blood-brain barrier. Once a user decides they have ‘had enough,’ they can quickly stop.

What Are the Problems with Inhaling Marijuana?

The issues associated with smoking cannabis are well-known:

Proponents of vaping point out that it doesn’t have any of these issues. However, vaping has its risks. The vaping epidemic of 2019 showed what happens in a poorly regulated market. Thousands of people were hospitalized after vaping cannabis oil, and at least 60 of them died.

Vape e-juice contains thinning agents. The likes of propylene glycol (PG) and PEG 400 produce carcinogens such as formaldehyde when heated to specific temperatures. There is also ample evidence that excessive vaping can irritate the lungs too.

Why Do People Use Edibles?

The main reason is to avoid lung irritation. State-licensed dispensaries sell edible cannabis products that are already decarboxylated, which means compounds such as THC and CBD are activated.

Edibles are also extremely easy to use, and you can, theoretically, enjoy them in public (even though using weed in a public place remains illegal). Eating marijuana is as simple as unwrapping a product and swallowing it. Consuming THC beverages is just as easy. 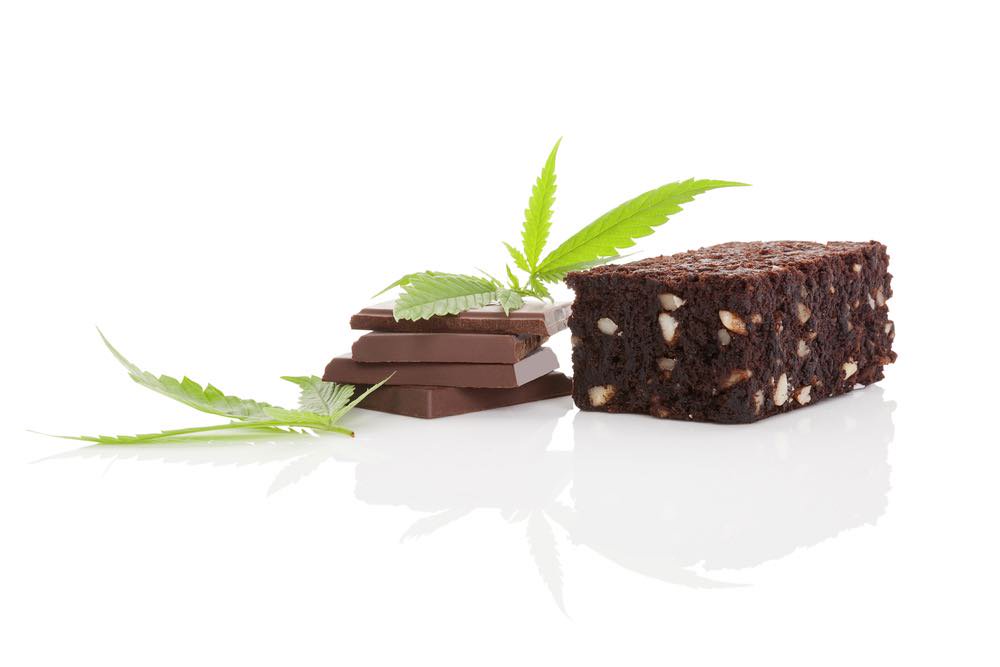 You also know precisely how much THC or CBD is in an edible, assuming the brand in question offers third-party lab reports.

Those looking for a longer-lasting effect tend to choose cannabis edibles. It can take up to two hours to affect, but the intoxication lasts far longer.

What Are the Problems with Ingesting Edibles?

People in the pro-edible camp claim that eating weed makes it easier to dose. This seems logical in theory. In practice, this form of consumption has similar issues to inhaled products. States such as Washington and Colorado created ‘single-serving’ guidelines and required that products are labeled to show the amount of THC in an edible, along with the number of servings.

However, the production of edibles is not well monitored. Manufacturers routinely find it challenging to create edibles mixtures with consistent THC levels. One batch can contain far more THC than the next. You could eat one chocolate bar with 5mg of THC. A few days later, you could eat another one from the same brand, and it could have 25mg of THC!

The best-known issues with edibles are the intensity of the high, and the length of time they take to affect. Inexperienced users often try an edible. When they feel no effects within an hour or so, they eat even more THC. Suddenly, they are hit with a terrifying experience that could lead to a psychotic reaction. There are stories of people overeating cannabis and placing themselves in grave danger.

Related article
What Are the Side Effects of Cannabis Edibles?

Know this before taking a bite…

There is also the issue of packaging. Cannabis edibles often look like candy, which makes it easy for a child to come across a container and eat the contents.

Which Method of Consumption is Safer?

In a world where cannabis users knew their limits and consumed weed sensibly, ‘edibles’ would be the easy winner in the safety stakes. Smoking cannabis potentially damages the lining of the lungs and causes irritation. It also produces carcinogenic substances and burns away many vital compounds that could help MMJ users.

While vaping doesn’t produce nearly as many harmful chemicals, it can produce formaldehyde and other damaging substances depending on the thinning agent. Some e-liquids also contain ingredients such as vitamin E acetate, which causes severe illness.

Vaping is easier on the lungs but doesn’t guarantee freedom from respiratory problems.

However, we don’t live in a world where people do ANYTHING sensibly most of the time. Sadly, it is almost routine to hear of cases where someone eats too much marijuana and suffers the consequences. The result is an ER trip or worse.

The information we mentioned in the introduction comes from a study published in the Annals of Internal Medicine in March 2019. One of the most concerning pieces of data related to heart symptoms. 8% of patients who went to the ER at the University of Colorado Hospital had symptoms such as an irregular heartbeat. There were even a few cases of heart attacks! In contrast, only 3.1% of smokers suffered from these issues.

It is essential to understand that the study only shows a correlation. It doesn’t prove that smoking or ingesting cannabis causes these issues. Edibles users possibly had a frightening experience that significantly elevated their heart rate for an extended period.

Overall, edibles are safer in a general sense. However, this is only the case if you use them sensibly. Begin with a minimal amount, less than half of the ‘recommendation’ on the label. If nothing happens for an hour, stay patient. Don’t consume anything else for the rest of the day. If you experienced little or no effect, you could try a slightly more significant amount the next time.

Whether you smoke or vape cannabis, make sure you understand the possible risks to your lungs. Individuals with respiratory issues should stick to edibles or orally consumed tinctures. Regardless of the method of consumption, caution is urged. You should also perform detailed research into any brand you are interested in. No matter how sensible you are, low-quality vape juice, dry herb, or edibles, could cause health problems.

Related article
How to Quit Smoking Weed… If You Dare!

5 steps to help you kick the h…

0
4 min read
Approved
What Is a Phytocannabinoid? [The Complete Guide]

0
8 min read
What is Marijuana Sap? [The Beginner’s Guide]

0
3 min read
What Is Shatter Weed? [The Definitive Guide]

0
3 min read
What Is a Thai Stick? (Marijuana Info for Beginners)

3
9 min read
Moon Rocks: What Are They and How Do You Smoke Them? [Answered]