There is currently a health crisis taking place in the USA; one that, while not actually a viral disease, is still just as dangerous and worrying as any other serious health condition.

The abuse and over-prescription of opioids in the USA has risen to incredibly worrying levels, so much so that people are now beginning to fear even the merest mention of using drugs to help deal with pain, regardless of its use or dosage.

So, to help beat back that fear and understand how safe it is, here are the key differences between medical cannabis versus morphine.

What Is Morphine & How Does It Affect the Body?

Morphine is a bit of a strange drug, in that everyone knows what it does and how often it is used, but very few actually understand how it works.

While it is well known and used extremely commonly in hospitals throughout the world as a painkiller, it is actually a member of the opiate family, originating from the poppy plant.

Injected through the skin or intravenously, morphine is a potent analgesic that works by directly binding to the opioid receptors within the central nervous system.

Once fully assimilated into the body and it begins interacting with the nervous system, it is able to shut off the sensation of pain throughout the body.

If you were to get in an accident, or give birth, this is the drug that they would give you for helping suppress pain. However, it is not without consequences.

First and foremost, morphine is well known as being incredibly addictive, potentially inducing addiction symptoms after only a few doses. This has given rise to the opioid epidemic in the USA, with millions of people being prescribed some form of opioids within a hospital after one injury or another, but then becoming addicted, yet unable to get anymore.

Additionally, alongside the pain-reducing effects of morphine, users experience a psychoactive high that results in them feeling loopy, disorientated, and lacking focus, while also tending towards laughter and silliness.

Unfortunately, while in this state, there is not a lot of long-term memory retention, meaning that many people only vaguely remember everything that happens to them after an opiate high.

These awful consequences of morphine and other drugs like it are thus very understandably feared by most people in the USA – doctors are now becoming less and less likely to prescribe painkilling medication.

Unfortunately, this fear is also transitioning to a general fear of all kinds of drugs, including medical cannabis.

So, how does cannabis work and interact with the body?

What Is Medical Cannabis & How Does It Affect the Body? 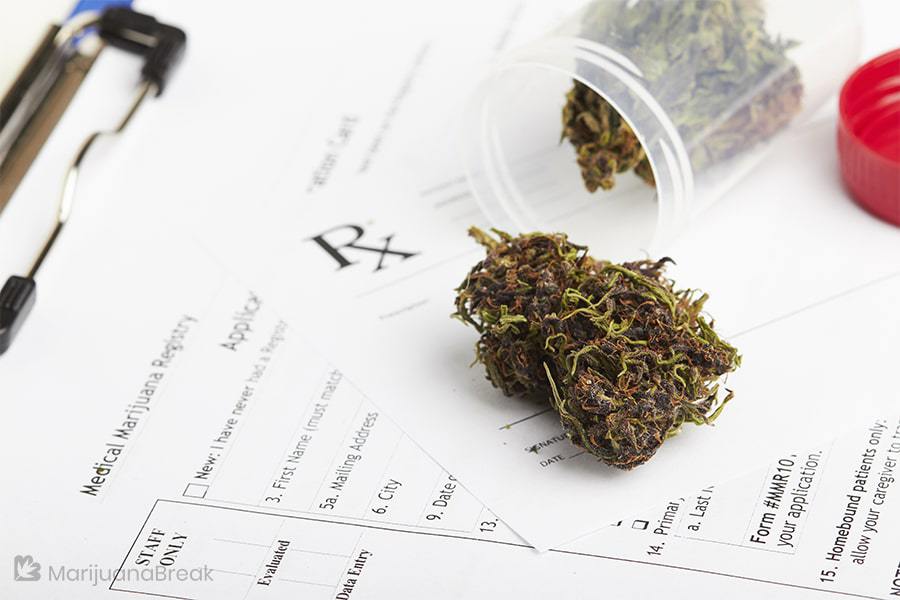 The first important thing to note is that medical cannabis isn’t really any different from regular cannabis, except for the fact that it has usually been grown with certain percentages of either CBD or THC in mind.

Cannabis itself is nothing more than the dried buds of the cannabis plant, which are rich in compounds known as cannabinoids. These cannabinoids are actually the same compounds that are found within the human body and interact with the endocannabinoid system.

Once imbibed, either through concentrate oils or through just regular smoking, the cannabinoids are broken down in the liver and carried through the bloodstream, interacting with the body’s endocannabinoid system and kick-starting a number of chemical reactions.

For starters, THC has the ability to help suppress pain in the body, albeit in a totally different way when compared to morphine. Various studies, such as a very significant study by Vuckovic et al. for the Journal of Frontiers in Pharmacology, found that THC is able to act as an analgesic, especially with regards to neuropathic pain.

What’s more, both THC and CBD, the other principal cannabinoid within cannabis, interact with the brain’s release of neurochemicals, promoting the release of beneficial and mood-lifting neurochemicals like serotonin and helping fight such mental disorders as depression and anxiety.

However, the length of time and intensity of the pain suppressed is far less than with morphine, but there is still one significant difference that makes it very much worth it – there are no risks of addiction. Instead of forcing you into a physical dependency on the substance, it is simply enjoyable.

Cannabis is capable of offering up a high that is not too dissimilar from the high induced by morphine, but it is far more varied and changeable based on the strain. Users can experience a whole range of different effects, from sleepiness and relaxation, all the way to effusive energy and focused creativity.

Cannabis is primarily used as a recreational drug not simply because of physical dependency, as is usually the case with opioid users, but because the high is pleasant and generally worthwhile, encouraging people to try it and keep using it just because they like it.

Now that we know what both drugs actually are and how they work, what are the main differences between them?

Morphine Is Addictive, Whereas Marijuana Is Not

The all-important, incredibly vital difference between morphine and medical cannabis is that cannabis is not physically addictive, whereas morphine is.

While there are plenty of terrifying advertisements and propaganda campaigns focused around the terrors of ‘Marijuana Fever,’ in actual fact, marijuana does not induce any kind of physical dependency.

Instead, overuse of marijuana results in increased tolerance, forcing you to have to increase your dosage each time so as to be able to experience the same effects. Any compulsions to keep using it is only tied to the user’s own psychological desire to keep using it, rather than any physical or chemical reliance.

Morphine, on the other hand, is massively addictive, essentially forcing the user to continue using it for as long as possible, with massively increasing doses, or risk going cold turkey and suffering the incredibly unpleasant effects of withdrawal syndrome.

Cravings, heightened anxiety, dysphoria, and massive cramping await anyone who tries to stop using opioids after continuous use, eventually resulting in sustained weight loss and a loss of motility.

However, quitting marijuana isn’t anywhere near as horrifying. While you might miss the high and the beneficial effects, there won’t be any kind of unpleasant side effects besides a slight headache.

While this difference is certainly enough of a reason to choose medical cannabis over morphine, there are, of course, other differences as well.

You Get to Pick the Right Marijuana Strain; Morphine Is Just Morphine

While most people think of all drugs being the same in dosage and type, at least insofar as morphine is morphine and cannabis is cannabis, there is actually a huge variety of different types of cannabis available to medical patients.

This is because of the fact that morphine is an extracted compound, produced from the same variety of poppies everywhere in the world, making pretty much all samples of morphine the same chemical composition as any other.

Marijuana, on the other hand, is made from a variety of different strains that have been bred and cross-bred with one other, all in an effort to try and create the desired strain. This is primarily due to the fact that the effects caused by cannabis aren’t just linked to one chemical.

Instead, the effects of medical cannabis are tied to its specific levels of THC, CBD, and all manner of other cannabinoids and terpenes that can be found in trace amounts within all cannabis.

This means that some strains have been bred to have an especially high concentration of CBD and certain terpenes, rather than any kind of THC. This might be for the purpose of treating epilepsy, as a variety of studies, such as this study by Emilio Perucca for the Journal of Epilepsy Research, discovered that only cannabis strains with a high level of CBD work well to combat epilepsy symptoms.

There are also plenty of strains that have been developed with the highest level of THC possible, whether for the purpose of heightening the recreational benefit of the cannabis or to help increase the cannabis’ ability to suppress pain.

Far more common, however, are medical cannabis strains that contain a fairly balanced level of both THC and CBD, allowing patients to experience the benefits of both cannabinoids, while not overdoing it on either one.

This sheer range of choice and variety makes it so that medical cannabis is far superior to morphine when it comes to the choice of dosage or treatment options; with morphine, you simply have to take one kind of morphine, with no other choice available to you other than a stronger or weaker dose.

It is important to note that, for all of the above positive qualities and effects of medical cannabis, it would be untrue to describe it as completely safe.

There are plenty of people that experience adverse reactions from medical cannabis, as well as different people having different experiences – the fact that there are so many different varieties and possible concentrations of cannabinoids virtually guarantees that not everyone will react the same, nor will doctors be able to predict it accurately.

However, while medical cannabis does still have its share of negative effects, these are still generally preferable to the inherently problematic nature of using morphine.

While the use of morphine as a temporary analgesic whilst in hospital is an unavoidable necessity, as there are few drugs have morphine’s ability almost instantly to suppress pain, there is a gradual movement towards transitioning to medical cannabis use for long term care and pain relief.

So, even though you might initially think that medical cannabis and morphine are one and the same simply because they are both used to help treat pain, don’t be confused into thinking that they are interchangeable.

Morphine may be here to stay, but it is just possible that medical cannabis might start becoming an everyday medical occurrence as well. So don’t fear it; be happy that cheaper, safer options are gradually being rolled out.

Though our parents’ generation might still fear medical cannabis, it is by a good deal the safer option when compared to morphine.