Humans have consumed mushrooms for their distinctive flavor and nutritional benefits for thousands of years. Historically, the Greeks, Romans, Egyptians, and ancient Chinese and Mexican societies held them in high regard. They considered various types of fungi to be medicine as well as food.

Nowadays, mushrooms’ popularity is flourishing, and cultivation has increased exponentially over the past few decades. This growth has been fueled by scientific research, which consistently demonstrates that mushrooms positively impact our health.

The simple answer to the question “are mushrooms good for you?” is a resounding “yes.” Let’s delve into why.

The precise nutritional value of mushrooms depends upon the type, growing conditions, and preparation method. Below is a rough estimate for raw, white mushrooms, one of the most popular varieties in the United States. All values are per 100g. 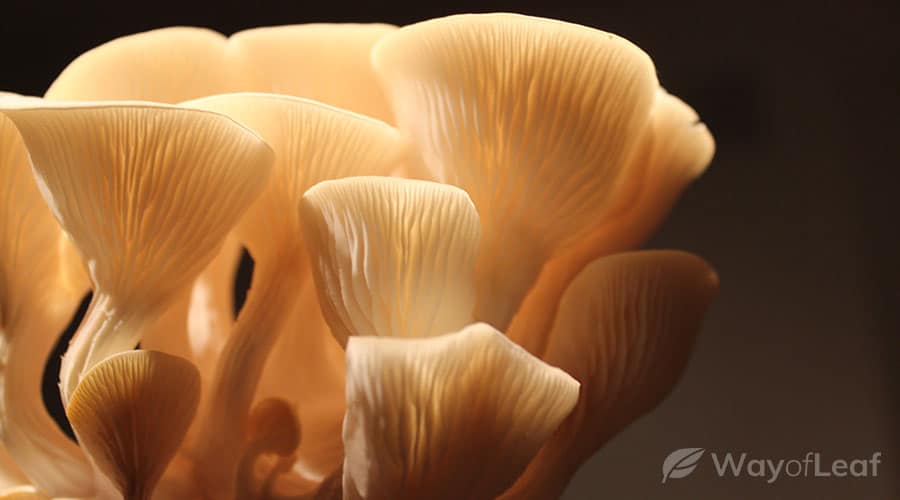 As you can see, mushrooms are a low-calorie, low-fat food that is relatively high in fiber and protein. They are also cholesterol-free and contain numerous micronutrients, including:

The expansive range of nutritional compounds in mushrooms makes them a fantastic addition to any healthy diet. But their benefits for the human body do not end there.

Research has shown that eating mushrooms can improve human health and quality of life.

As well as the nutrients listed above, many species are rich in carbohydrates known as beta-glucan polysaccharides. They influence the human body significantly and are responsible for many of the best-known mushroom health benefits.

Some fungi varieties have high beta-glucan levels and contain other biologically active compounds, making them even more beneficial. People often refer to these species as functional or medicinal mushrooms.

This article will focus on some of the more common edible varieties. However, you can learn more about medicinal mushrooms in our in-depth guide.

Some mushrooms have additional benefits too. Here are three of the most common varieties and how they can help:

The Latin name for white mushrooms is Agaricus bisporus. But many people do not realize that button mushrooms, cremini mushrooms, and portabella mushrooms are all the same species. They are simply different colors or at various stages of development.

Agaricus bisporus is rich in prebiotic fiber for digestive health and beta-glucans for immune support like most edible mushrooms. However, their beta-glucan content is lower than that of many other species. For example, oyster mushrooms contain approximately twice as much.

As well as having a superior beta-glucan profile, oyster mushrooms have a range of other benefits too. They contain a chemical called mevinolin, also known as lovastatin. If this sounds familiar, it is because it is a common cholesterol-lowering drug.

A 2020 review found that oyster mushrooms could improve glucose and lipid metabolism and may also reduce blood pressure. However, the evidence was low quality, with most studies having a high risk of bias.

That said, many scientists believe that regularly consuming oyster mushrooms could benefit the cardiovascular system. More research is needed, but the general consensus is that they could make a valuable addition to a heart-healthy diet.

Shiitake mushrooms are one of the best-known edible species also to be classified as functional mushrooms. They are rich in beta-glucans and are a good source of ergothioneine, an amino acid with antioxidant properties.

One of the primary shiitake benefits is supporting immune health. A 2015 study found that consuming these mushrooms for four weeks increased immune cell generation and activation. It also appeared to reduce inflammation in the body.

Another chemical in shiitake, lenthionine, appears to have significant antimicrobial activity. Therefore, regularly consuming these mushrooms could help us to keep infections at bay.

How to Eat Mushrooms

Now we have explored the benefits of eating mushrooms, let’s take a look at how to store and prepare them. 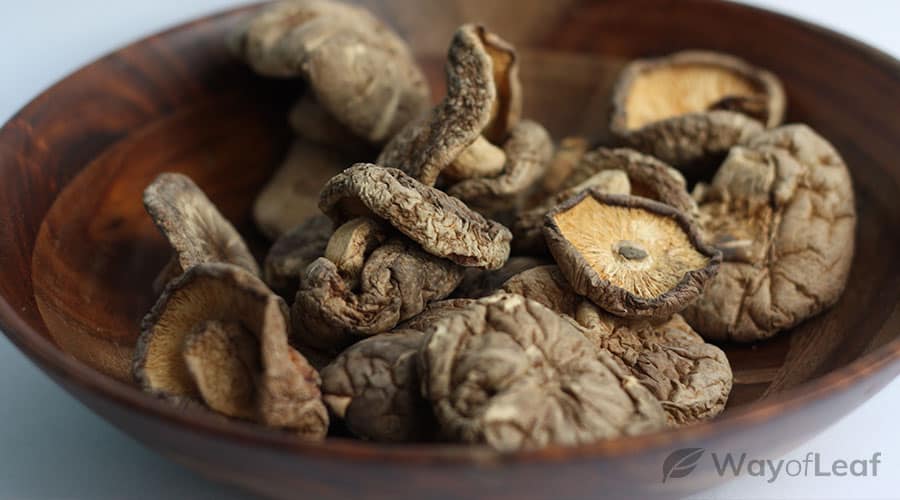 Mushrooms have a high water content and, therefore, spoil quickly. It is best to store them in a refrigerator in an open paper bag, allowing them to “breathe.” The paper will absorb excess moisture and prevent the mushrooms from becoming soggy.

For the same reason, it is best not to soak mushrooms in water before cooking. Rinse them quickly or gently wipe them with a damp cloth instead.

Another handy tip is to boost the mushrooms’ vitamin D content before consumption. Just like humans, mushrooms synthesize vitamin D when ultraviolet rays hit their skin. However, most commercially-grown mushrooms spend their lives in the dark, meaning they lack this essential nutrient. You can make up for this by placing them in the sun for a couple of hours before eating them.

Mushrooms contain the amino acid glutamate, which gives them the deep, savory flavor that many plant-based foods lack.

As for preparation, it is possible to use mushrooms in many different ways. Some of the tastiest ways to eat them include:

Mushrooms also make a fantastic meat alternative. They contain the amino acid glutamate, which is also in meat, fish, and cheese. It gives them the deep, savory flavor that many plant-based foods lack.

Moreover, mushrooms are a great nutritional choice for vegetarians and vegans. They contain more protein than most vegetables and small amounts of vitamin B12, which primarily comes from animal sources.

Are Mushrooms Good for You? Final Thoughts

The health benefits of mushrooms are becoming more well-known. They help to promote digestive and immune health and have an excellent nutritional profile. This is fantastic news as they are delicious, affordable, and easily accessible.

What are your favorite mushroom recipes? Let us know in the comments below.