Written by Editorial Team
7 min read
0 comments
Read Later
Euphoria Strain Overview
A simple, yet incredibly useful strain, Euphoria is all about dosing yourself to help make your day easier. THC and CBD combined; this is a beautiful strain to keep on hand painless treatment of all kinds of different problems. 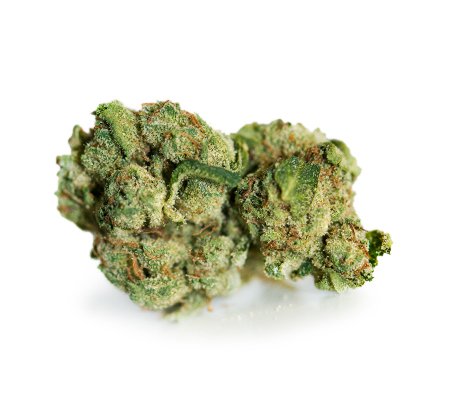 Everyone wants the pleasant feeling of euphoria that most people associate with smoking marijuana. While there are a myriad of feelings and effects associated with different strains of cannabis, it is definitely euphoria that people love the most.

Since we want that lovely feeling, it makes sense to try out the strain named after this very effect. Let’s examine the Euphoria strain and find out just how euphoric it makes you feel, and if it is worth picking up.

What is the Euphoria Marijuana Strain?

Euphoria is an exceptionally balanced hybrid strain that, as its name implies, is well known for its intense euphoria. A big part of the reason for its pleasant, endlessly happy effects is its blend of THC and CBD all mixed together.

Originally created by Royal Queen Seeds, this is a famous strain from a very famous grower. Made by mixing together the CBD-rich strain Royal Medic and another great hybrid, Shark Shock, Euphoria is one of those rare strains that provide both THC and CBD in abundance. 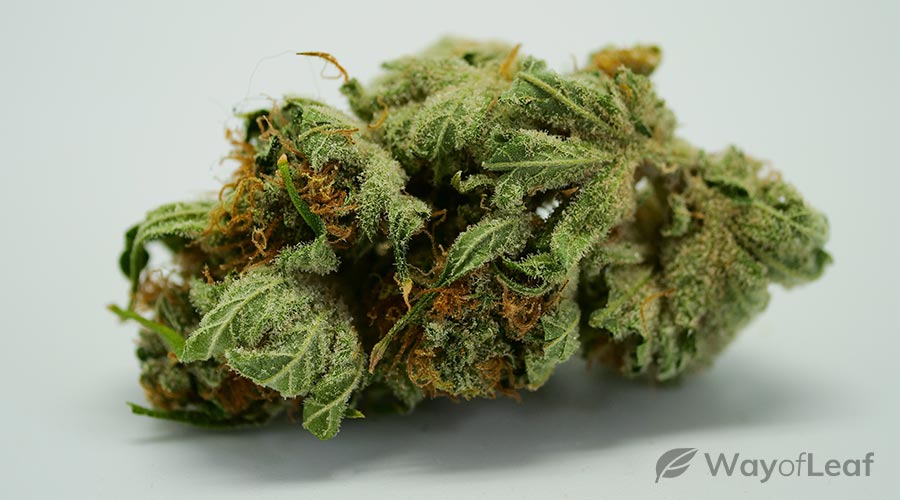 It isn’t common to find a marijuana strain that actually provides a decent amount of CBD, as most growers care primarily about providing as much THC as possible. Euphoria, however, is just a little bit different.

After first smoking a little bit of Euphoria, you will actually not be sure you have smoked anything at all. There will be a little bit of tingling that will descend on your muscles and brain, as well as a desire to breathe deeply.

You won’t notice that your ability to think or process information breaks down; in fact, you will feel pretty normal. However, you will act a little bit more lucid and vacant, as well as being a touch more smiley and happy.

True to the indica portion of its genetics, Euphoria offers a fair amount of sedative feelings. They act well to help soothe and ease pains or irritations across your body. It will only induce sleepiness if you take a large amount of it at once, though, which is excellent. It is excellent only to feel sleepy if you actually want to.

Ultimately, the effects of the Euphoria strain are rather muddled, but the critical effect is continuous euphoria throughout the entire high.

Trying to associate an aroma with the feeling of euphoria is always going to be unique for different people. After all, we all associate happiness and euphoria with different things. However, one of the most common smells associated with feelings of euphoria and joy would be sweetness.

Euphoria holds true to this, offering up a sweet and gently fruity aroma, smelling tangy, sweet, and just a little bit simple. Having rich and complex flavors aren’t always necessary when enjoying a cannabis strain – maybe you just want something reliable.

Euphoria’s taste is remarkably similar to its aroma, offering up a simple blend of sweetness and fruit. The fruitiness is hard to recognize specifically; it doesn’t have a specific fruit that it reminds you of. Instead, it is just a vague fruitiness that you might get in a fruit-flavored lozenge.

The exhale offers up a lot of the same fruitiness, filling your mouth and nose with an intense taste. After that, though, the flavor dissipates quickly, leaving you wondering if you actually smoked anything at all.

The smoke of the Euphoria strain is smooth, pleasant, and incredibly easy, with no real bitterness or acidity.

The buds of the Euphoria strain are relatively dense and tend to hold together very tightly. The flowers themselves are a bit more interesting, looking almost like little cylinders while still being super dense.

The leaves and bud segments are typically green but are also replete with yellow pistils. However, as this strain doesn’t have a massive amount of THC, it won’t have as many white trichomes dotting the surface, making it not look as particularly distinctive as you would expect.

To get a chance to see the flowers yourself, the best thing to do is to try and grow your own.

You can pick up some Euphoria marijuana strain seeds online from the growers themselves, Royal Queen Seeds. You can also get them at other online seed distributors, as long as you have a few reliable options.

Once you get your Euphoria seeds, you can grow it either indoors or outside, depending on your personal preference.

However, if you want to grow it outdoors, you need to keep it decently humid during the day, as Euphoria requires warmer temperatures and moisture.

The plants themselves have a tendency to stay pretty short, with a decent amount of bushiness. It also has a perfect amount of sideways growth, also known as lateral growth. This feature tends to encourage more bud production.

Euphoria has a pretty standard growing period of about eight weeks and produces a pretty sizable yield when it is time for harvest.

An easy grower, Euphoria is an excellent strain for those looking for a way to get started in the world of cannabis growing. Requiring little intervention and even less planning, you will almost forget you are cultivating anything.

The THC content of the Euphoria marijuana strain is surprisingly confused according to different people’s opinions. Some have claimed the Euphoria strain to offer up a massive amount of THC, sometimes as much as 20%.

However, the general consensus is one of a lower THC content than you would expect. You will likely get about 5% to 6% THC, making it a super gentle strain without leaving you feeling too overwhelmed.

It is pretty rare to get a strain with relatively equal amounts of THC and CBD, allowing Euphoria to offer up some pretty unique and useful medical benefits.

One of the main uses for the Euphoria strain is for gently falling asleep towards the end of an especially stressful day. However, it isn’t like most indica strains with massively high THC contents, as it doesn’t actually knock you out.

Instead, it soothes you with gentleness and calm, allowing you to easily fall asleep towards the end of the high with next to no complications whatsoever.

This same gentleness and calm make Euphoria perfect for helping you deal with and process any kind of unpleasant mental anguish or stress. For those struggling with mental conditions, whether that be stress, depression, or anxiety, this is a fantastic strain.

It is not only able to help you feel better, but its decent dose of CBD also acts to help counteract adverse thoughts and generally improve your day. A lot of people use Euphoria to overcome feelings of social anxiety when in social situations. You can simply take a big dose, and then relax with a big, happy smile on your face, feeling your anxieties completely melting away before your eyes.

It is also used to treat pain, especially pain arising from long term conditions. Its blend of THC and CBD combine together to help reduce any pain you are suffering from and make it seem like a thing of the past.

However, one of the biggest reasons that people enjoy Euphoria is precisely as its namesake would imply; to lend some euphoria into your day. You can simply smoke a small dose and feel happy and elated, without having to worry about the stress in your life.

This is definitely an effective mental strain, though its physical effects that soothe your muscles are also enormously appreciated.

Possible Side Effects of the Euphoria Marijuana Strain

All marijuana strains are going to come with at least a few side effects that leave you with some negative consequences of enjoying them.

Thankfully though, Euphoria has remarkably few of these side effects.

You will almost immediately recognize the annoying side effects of dry mouth and dry eyes, as they seem to suck the moisture out of your face without you even realizing it. To fight off this irritating affliction, either keep yourself well hydrated or avoid smoking too much Euphoria at any one time.

The other likely side effect is a mild tendency to develop a bit of a headache after smoking this strain. However, this headache only really develops after you smoke a pretty hefty amount. You should realize pretty quickly when you have imbibed too much before it sets in.

Smoking too much Euphoria can also induce a fair amount of dizziness, but it is not like other high-intensity cannabis strains that hit you like a truck. Instead, Euphoria will let you know when you have had enough, saturating your awareness with gray twinges and leaving your head slightly foggy. However, this happens well before you develop any kind of headache.

As long as you are careful with the amount of Euphoria you imbibe at any one time, you should be absolutely fine when it comes to any kind of significant side effects of the Euphoria strains.

Euphoria is one of those rare strains that perfectly describe its effects in its very name. For this reason, along with its extremely soothing, pleasant effects and overall calm demeanor, it’s an excellent strain for cannabis newbies.

Whether you are looking to introduce a friend to new cannabis strains, or you want to experience the world of cannabis for the first time, Euphoria is easily one of the very best options out there.

If you are looking for a way to repress social anxiety, or just to help you relax in the evening after a long day, Euphoria is there for you.

Keep this strain on hand in your secret stash, or pick it up on your next dispensary trip. Just don’t expect it to have any kind of unique or exciting flavor profile – like its name, it is relatively predictable what to expect, which is in no way a bad thing.