Currently, cannabis consumption is legal for medicinal purposes in a majority of American states. Also, an increasing number of states are legalizing it for recreational purposes. This has led to a substantial rise in the number of legal marijuana users. What many of them have in common is the experience of a side effect called cottonmouth.

While cannabis users may have suffered dry mouth after consuming cannabis, some of them don’t understand what causes it. This article provides a scientific explanation.

It is a slang term for a minor adverse effect associated with the use of marijuana. Symptoms include a sticky mouth and persistent thirst. Previously, it was assumed that harsh smoke from cannabis irritated tender oral membranes, which resulted in cottonmouth. However, it is nothing more than a normal response of saliva glands in the mouth to cannabis components that run through the bloodstream.

One of the biggest myths surrounding cottonmouth is that ingesting or vaping cannabis won’t cause it. In reality, whether one prefers concentrates, combustion, or edibles, cottonmouth is a possible side effect.

Cottonmouth is a slang term used to describe a dry mouth. It is a potential side effect of cannabis, no matter the consumption method.

In the medical community, cottonmouth is called xerostomia. It’s described as a reduced salivary flow and is commonly associated with cannabis use. A standard recommendation is not to use marijuana if there are no beverages to hand. Once the mouth dries out, the cottonmouth travels to the throat.

Taking too long to treat cottonmouth could cause other side effects to manifest, like bad breath and a sore throat.

Understanding Cottonmouth: Why Do We Have Saliva?

Human saliva consists of 98% water and is produced by three pairs of glands. These consist of the parotid, sublingual, and submandibular glands.

Saliva is a critical part of our everyday lives. Its primary function is to protect our mouth and help to keep it smooth. The smooth sensation is essential because it enables food to slide down the throat easily. This prevents choking and allows for quick access to essential vitamins, nutrients, and minerals.

Think of a throat without saliva as a person sliding down a giant water slide without any water on it. Painful, right? This is where those essential saliva glands come into play. The submandibular glands produce around 70% of the saliva in the mouth and are thus the most crucial glands.

What’s the Connection Between Dry Mouth and Cannabis?

What is it about marijuana that causes the dry mouth effect? The answer lies in our endocannabinoid system (ECS), a network of naturally occurring cannabinoids like anandamide, cannabinoid receptors, and enzymes.

The ECS helps regulate a variety of cognitive and physiological processes. In the case of cottonmouth, the relationship between the parasympathetic nervous system and ECS is what matters.

How weed affects your oral hea…

This process prevents the ECS from transmitting messages to the parasympathetic nervous system. In other words, the nervous system isn’t getting the message to keep saliva flowing.

Essentially, the real cause of cottonmouth relates to how cannabinoids interact with the ECS. THC is the main intoxicating ingredient in cannabis and is thought to be the main culprit in cottonmouth, and there is research to prove it.

Why Does Weed Give You Cottonmouth? The Science

There was a scientific breakthrough of sorts in the study of cottonmouth and weed in 2006. A study published in Experimental Biology and Medicine involved looking for possible reasons for cottonmouth, particularly a decrease in saliva production. They theorized that there were CB receptors in our salivary glands that caused the effect.

The team experimented on male rats and found that CB1 and CB2 receptors were present in certain locations of the rats’ submandibular glands. They found that anandamide attached to the receptors, resulting in reduced saliva output.

A 2012 study further investigated this issue. The researchers found that under standard conditions, the cells in saliva glands use endocannabinoid signaling to stop excessive saliva levels from building up in the mouth. When we consume cannabinoids, there is a massive fall in the saliva produced due to the increased activation of the CB1 and CB2 receptors.

According to the study, CB1 receptors modulated the flow of saliva. Meanwhile, CB2 receptors impact the saliva’s consistency and its content, including sodium levels. Therefore, any drug that antagonizes the CB receptors causes increased saliva production.

The lead researcher used two drugs. One targeted the CB1 receptors, while the other targeted the CB2 receptors. She demonstrated that when antagonist drugs were administered, they could block the decreased saliva output caused by THC use.

Ultimately, this research shows that the THC in cannabis likely decreases saliva production in the mouth. This explains why cottonmouth can happen even if someone uses cannabis edibles.

Weed and Cottonmouth: Is it Dangerous?

While cottonmouth is primarily considered an irritant, it could damage oral health if left unchecked. The American Dental Association (ADA) says that cannabis smoking, in general, is associated with periodontal complications and a heightened risk of neck and mouth cancers.

The ADA cites several studies on its official website, including this one published in the Australian Dental Journal in 2005. In it, the researchers wrote that marijuana abusers typically have poorer oral health than non-users, and are at greater risk of periodontal diseases. They also stated that cannabis smoke acts as a carcinogen, and is linked with pre-malignant lesions and dysplastic changes within the oral mucosa.

Indeed, a meta-analysis published in the Journal of Periodontal Research found a link between cannabis and an increased instance of periodontal disease in adults.

Remember, saliva lubricates the mouth, enabling us to speak, taste food and swallow. Saliva also keeps the mouth, teeth, and throat protected from bacteria, viruses, and other microorganisms. Therefore, the above issues become more likely when our saliva levels are consistently low.

Other side effects of low saliva production include:

As an aside, smoking cannabis is far worse for oral health than edibles. It results in a huge number of chemicals and toxins carried in the smoke seeping into every surface of the mouth.

Furthermore, a study published in The Journal of the Tennessee Dental Association found that chronic marijauna use was associated with gingival enlargement. Also known as gingvival hyperplasia, this condition can increase the risk of gum disease and impact the alignment of the teeth.

For regular cannabis users, it is essential to stay hydrated to help deal with cottonmouth. Regular marijuana consumers continuously interrupt saliva flow, causing dehydration in the throat and mouth.

Once the cottonmouth fully sets in, it is likely that even a glass of water won’t fully help. Instead, the cannabis user will feel like they need to drink five more! One of the best ways to avoid this is by hydrating before and after a session. If marijuana is a regular part of someone’s life, drinking water should be, too.

Here are a few other ways to combat cottonmouth when using marijuana.

Chewing stimulates saliva production, which means it can help with dry mouth. A single strip of chewing gum can stimulate the salivary glands once again. Dried fruit and beef jerky are alternatives for people who don’t like chewing gum. 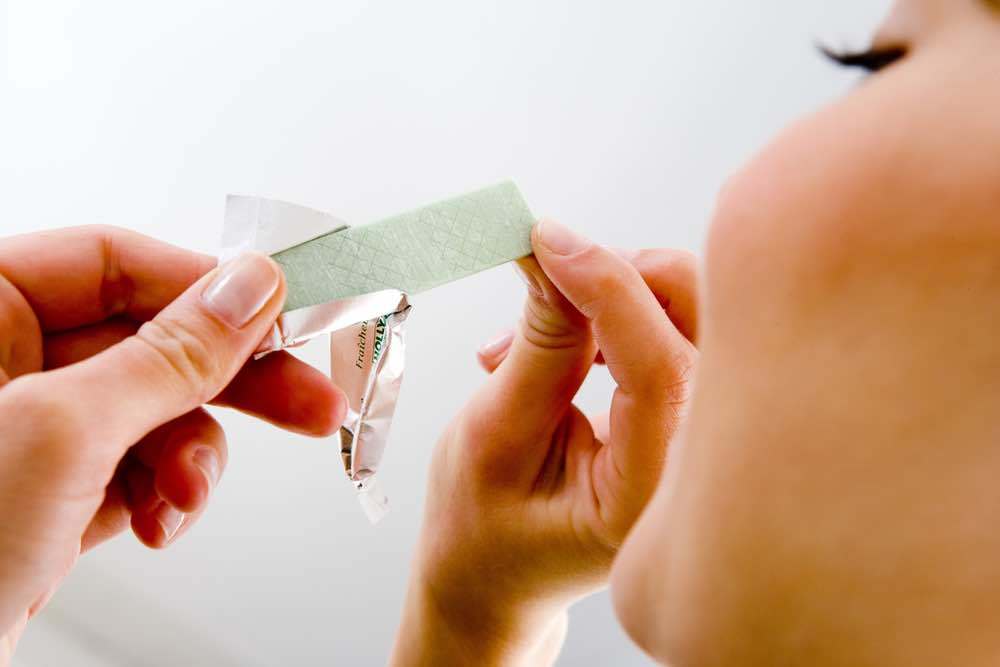 Some mouthwashes are made specifically to combat cottonmouth. Shop around, and look into replacing regular mouthwash with one that prevents and treats dryness.

Candy is one of the quickest fixes for cottonmouth. A small Jolly Rancher should cause salivation without needing any water. Alternatively, there is also candy created to fight dry mouth. One of the most popular options is Cotton Mouth Candy.

Like water, this is also a great way to combat cottonmouth – simply chew on some ice. It’s all about keeping the mouth moist, and ice can be beneficial for this. 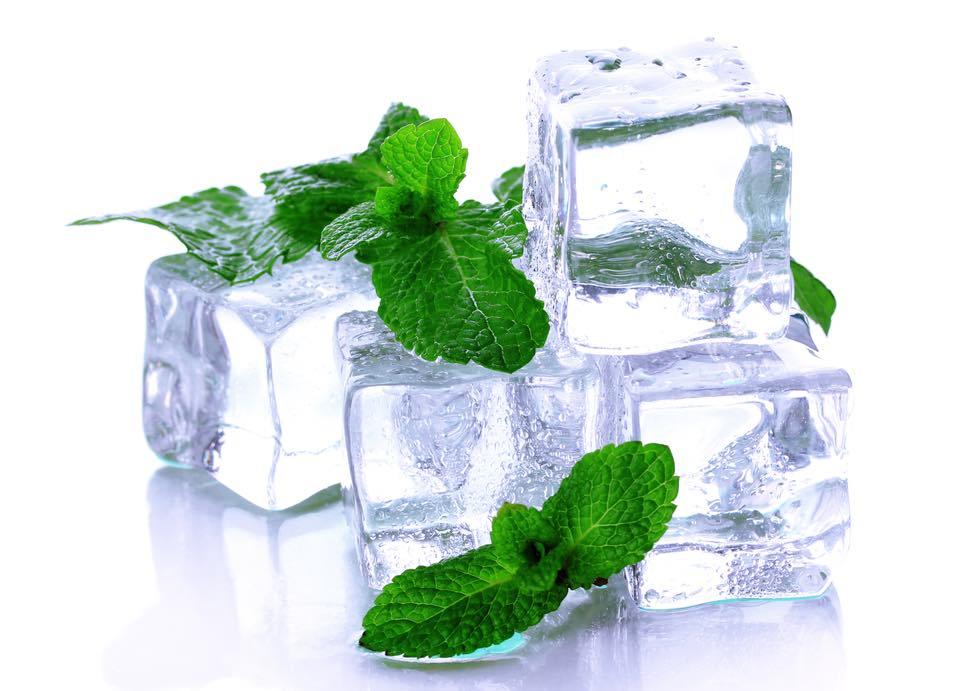 This doesn’t work for everyone; as for some, it will cause mucus. Milk is high in fat, which helps to cover the throat and mouth, reducing dryness.

Apart from experiencing a dry mouth, there is a possibility of having a sore and irritated throat after smoking marijuana. However, herbal teas could provide a semblance of relief. A tea containing ginger is ideal as it is known for increasing saliva production. Indeed, this was the conclusion drawn from a study published in the Jundishapur Journal of Natural Pharmaceutical Products.

Incidentally, other useful herbs for stimulating saliva production include:

It is important for marijuana users to review their current intake of medication before using the plant.. While cannabis consumption causes many instances of dry mouth, so do prescription and OTC drugs. A study published in Drugs in R&D found that the following types of drugs increase the chances of dry mouth:

It is unwise to stop taking prescribed medication suddenly without the approval of a physician.

Final Thoughts on Weed and Cottonmouth

These days, there are a variety of ideas and methods to deal with cottonmouth. From staying hydrated to chewing some candy or ice, it is possible to find a way to overcome the dry mouth sensation as it arises. It is an annoying side effect. However, it’s not that serious in the greater scheme of things and is relatively easy to deal with.

Although cottonmouth can occur regardless of the method of cannabis consumption, consistently smoking marijuana could cause long-term oral damage. Please bear this in mind before choosing to use cannabis.

Related article
What Are the Side Effects of Cannabis Edibles?

Know this before taking a bite…