Written by Editorial Team
4 min read
2 comments
Read Later
All information on this website is for general informational purposes only and is not intended or implied to be a substitute for professional medical advice, diagnosis or treatment.
Ghost OG Strain Overview
Ghost OG is an indica-dominant hybrid with potent sedating effects. Most believe that Ghost OG is a cut of the legendary OG Kush strain. This strain has become increasingly popular among medicinal cannabis consumers, particularly those with insomnia. 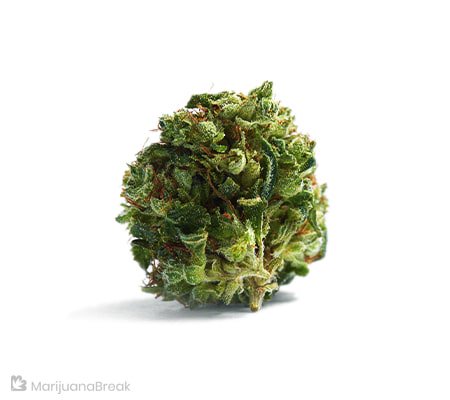 OG Kush is one of the most popular marijuana strains on the planet. This legendary strain is also available in a wide variety of flavors. You may have heard of Tahoe OG and San Fernando Valley OG, but what about Ghost OG? It is often considered as a lesser cut of the legendary OG Kush strain. Despite the almost dismissive attitude toward this strain, we can assure you it is both potent and satisfying.

What Is the Ghost OG Strain?

Ghost OG weed is an indica-dominant hybrid that comes from OG Kush. Some weed lovers believe its parents include Afghani and Chemdawg. However, most breeders believe it is a phenotype of the original OG. 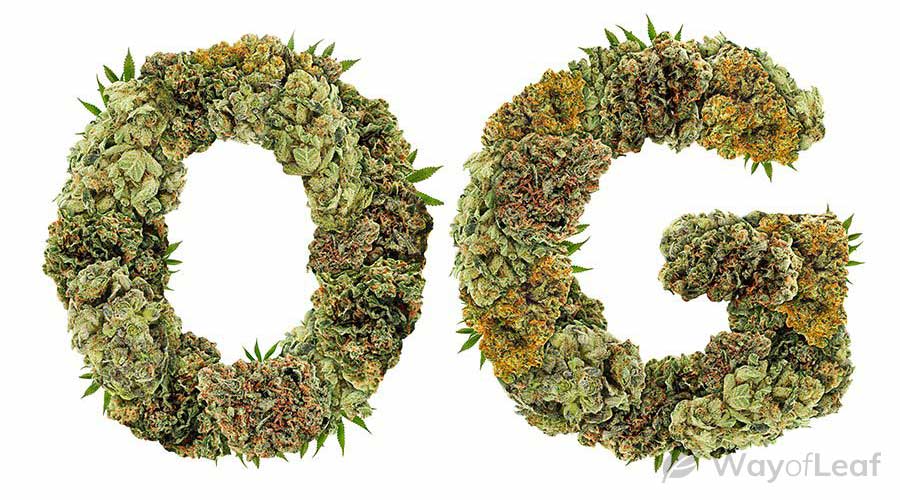 Far from being a pale imitation, Ghost OG is a Cannabis Cup winning strain. Ghost OG is a potent strain that provides a significant high without ever overwhelming the user.

If you are expecting it to smell like OG Kush, you’re in for a big surprise. Ghost OG has a floral scent with more than a hint of citrus. After lighting up, you may eventually notice a strong smell of pine and soil, which provides a dank odor. One user described this strain as being like OG Kush with a slice of orange.

The sweet citrus scent carries over into the taste. However, you should get a grassy flavor, along with earthy and piney notes.

While OG strains tend to have dark and tight nugs, the buds of Ghost OG are loose. They are bright and often have an aesthetically pleasing oval shape. The lime green color combines beautifully with orange pistils, and the dark green leaves provide excellent contrast. Once Ghost OG is almost ready to harvest, you will notice the milky trichomes on the calyxes. 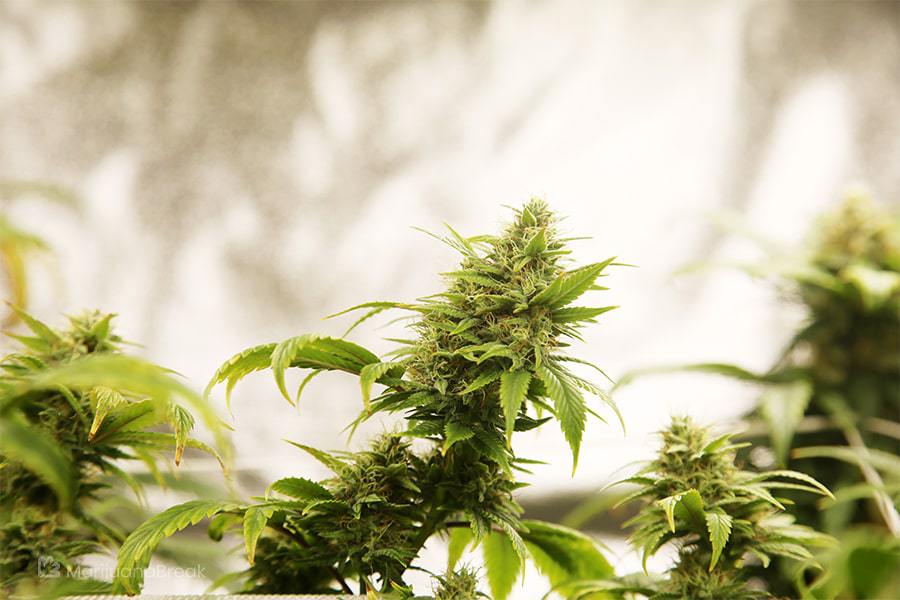 You won’t get Ghost OG seeds in your hand because it is a clone-only strain. However, you should find it reasonably easy to cultivate. It adapts to warm Mediterranean climates and is highly resistant to common diseases, while also being a low-maintenance strain.

Ideally, you will top your Ghost OG crop early, and often, because it will continue growing vertically once you force it into the flowering stage. The Screen of Green (SCROG) method is a good option. Also, you should prune it heavily on the bottom to help the buds near the top gain weight.

If you decide to grow Ghost OG indoors, it takes approximately 8-9 weeks to flower. Indoor growers are looking at a yield of up to 11 ounces of weed per square meter planted. When growing outdoors, it should be ready to harvest in early October. However, it typically produces a low yield of 9 ounces per plant.

The average THC content of Ghost OG is around 21%. The highest recorded THC content in a Ghost OG sample is believed to have been 24%. Most Ghost OG strains will have a THC content which ranges between 18-24%.

It is rare to find a crop of Ghost OG with a CBD content of over 0.3%. As a result, the THC to CBD content is around 50:1 or more in most cases.

How Is Ghost OG Likely to Affect Me?

Ghost OG is not a strain for the neophyte because it offers potent mental and physical sedation. Users report feeling relaxed and free as this weed slowly removes any feeling of stress. If you are an experienced cannabis user, you’ll find Ghost OG’s high is easier to deal with than most. Some consumers of this strain say that it has antiemetic properties, which may help to settle anxiety-induced nausea.

Ghost OG lovers say that it has mood-enhancing effects that leave them feeling happy and uplifted. This strain may even boost creativity in some people. One downside is that the flavor is so moreish that you may overindulge by accident.

Most Ghost OG consumers say that it has soporific effects in its latter stages. For this reason, Ghost OG is best suited to evening time rather than daytime use.

Ghost OG is a widely used medicinal marijuana strain because of its versatility. Some consumers say that it helps to relax them and reduces stress. As Ghost OG is said to have a calming and sedating effect on its consumers, it may be useful for individuals with an anxiety disorder.

Reviewers of the Ghost OG strain say that they find it useful for alleviating a wide variety of painful conditions. Some of these include chronic pain, muscle spasms, migraines, and joint aches.

Once the body high takes over, Ghost OG tends to make you feel sleepy. For this reason, Ghost OG is becoming increasingly popular for cannabis consumers with insomnia.

Possible Side Effects of Ghost OG

Although Ghost OG is potent, it should not have many adverse effects on experienced cannabis users. Common side effects include dry and itchy eyes, cottonmouth, and dehydration.

These issues are easily solved by having a large bottle of water, and eye drops, nearby when using it.

Other possible adverse effects include slight dizziness and paranoia, although this usually impacts inexperienced users. Occasionally, smoking this strain could cause a headache, although that could be down to dehydration.

Arguably, Ghost OG may not be as popular as other OG cuts, such as Alien OG and Tahoe OG. However, it is still a fantastic marijuana strain that provides a strong yet even high. Unlike so many other strains, it doesn’t produce cerebral effects straight away. Ghost OG’s cerebral effects typically take around 20-30 minutes to kick in. However, novice consumers should be cautious with this strain, as its sedating effects can be potent.

Regardless of whether you ate 10 minutes or 6 hours ago, Ghost OG will give you a ravenous appetite. Due to its sedative-like effects, we recommend using this strain in the evening.

Ghost OG is an ideal strain for new growers because it is low-fuss with high resistance to diseases and pests. The main downside is the reasonably low yield, which is less than half of other, better known, strains.

Everything you need to know about this frosty strain

23
7 min read
Video
Join The Discussion
TOC
Premium
Your subscription has ended
If you love cannabis and want to support our site, join WayofLeaf Premium today and unlock
Best of all, part of your membership fee will go towards supporting the fight to legalize cannabis.
Sign Up for WoL Premium
Not now
I already have an account
×
Log in to Your Premium Account