Written by Tiannah Pedler, M.A.
4 min read
0 comments
Read Later
All information on this website is for general informational purposes only and is not intended or implied to be a substitute for professional medical advice, diagnosis or treatment.
Biscotti Overview
Biscotti is a sweet strain perfect for dessert lovers. It’s a strain you should certainly try if you’re seeking a relaxing strain you can use to unwind. It’s relatively new, too, but not one you should miss. 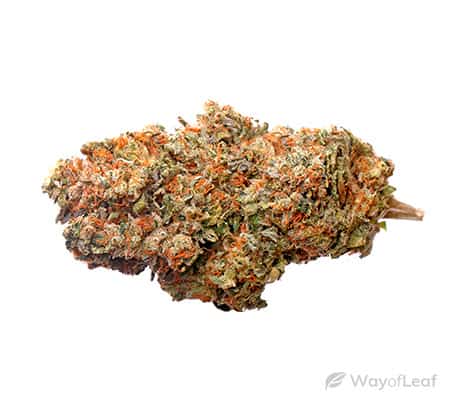 Biscotti is an Italian almond biscuit. It’s a combination of the words “twice” and “cooked,” referring to the preparation method of baking the cookies, cutting them in half, and baking them again.

They are renowned for their delicious flavor, but can the cannabis strain of the same name live up to its moniker? Let’s find out.

What Is the Biscotti Strain?

It has a decently high THC content that lingers in the low to mid-twenties, making this a perfect strain for a multitude of users. Plus, it leaves users feeling somewhat “twice baked,” triggering some classic cannabis effects that include relaxation and euphoria. 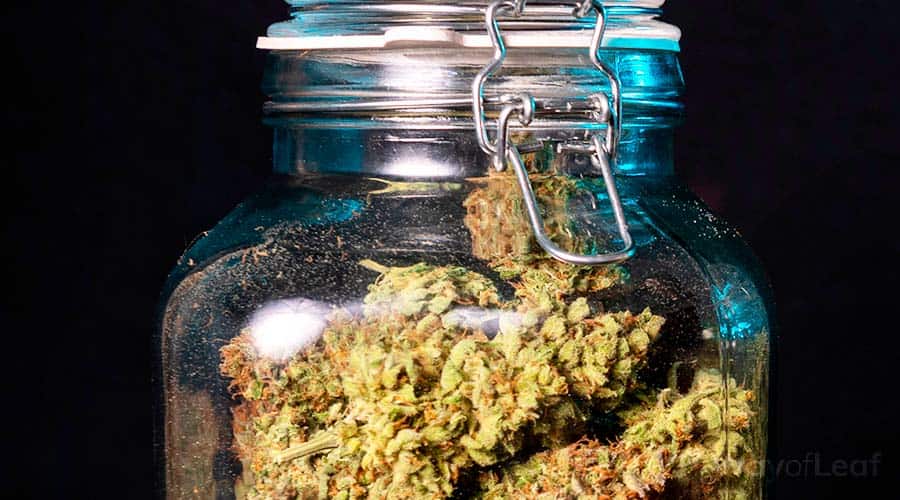 With Biscotti, you can expect to feel both relaxed and giggly. It’s a great social strain to use with friends, sending everyone into fits of laughter. Its tingly indica body high is perfect for relaxing and unwinding, no matter how bad your day has been.

It’s best to use this strain in the evening, though, because it’s not one to give you an energy boost. Rather than feeling focused, you will feel spacey and euphoric. Socializing is the order of the day with Biscotti.

Although Biscotti’s effects are wonderful, they are far from the only draw to this strain. Its flavor, too, is something to behold.

With Girl Scout Cookies as a parent strain, it’s perhaps unsurprising that Biscotti tastes so good. It has an awesome flavor and aroma profile, with a classic cannabis appearance to match.

Biscotti’s scent is one of sugary sweetness, with a decent amount of herbiness mixed in, too. Breaking apart the dense nugs reveals a wash of earthy aromas. Users with a keen nose may also detect nutty hints – similar to the almonds in a traditional biscotti – and some fruity undertones.

Biscotti possesses a complex cocktail of flavor, primarily tasting of sweet cookies. Just like the scent, the flavor profile also has some undertones of nuts and fruits. On the exhale, there is a lovely diesel quality to this strain, with an earthiness passed down from its parent strains.

There is nothing particularly unique about Biscotti’s appearance. It is olive green in color, with dark green nugs that grow densely. There may be a layer of crystal-like trichomes on potent plants, alongside orange pistils woven throughout. The plant itself is very typically indica: short and bushy.

Not much is known about Biscotti’s growing habits. It is a relatively new strain, which means few have tried their hand at growing it.

However, it appears to grow standard for an indica-leaning hybrid. Its bushy nature means that plants should be spaced a little further apart to give them room to flourish. However, the plants are not particularly tall; they reach about four feet, making them well suited to indoor growing. 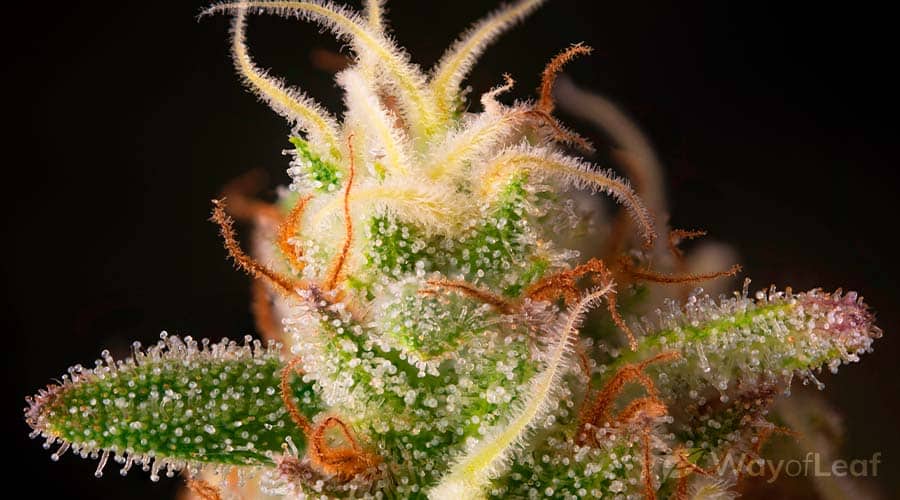 It’s worth noting that bushy strains can cause a lack of airflow through the crop. Keep an eye out for mold and mildew appearing in the center of your crop. Some people tie down the upper branches to improve air flow. The Screen of Green method seems popular among Biscotti growers, too.

Indoors, Biscotti flowers in around 8-9 weeks. These plants typically produce around 10oz of bud per square meter. Outdoors, they flower around mid to late October, yielding approximately 10-12 ounces per plant.

Its late flowering time means Biscotti is best suited to warmer climates, so the plants won’t freeze before it’s time to harvest.

On average, Biscotti possesses a THC content in the low to mid-twenties, with around 22% THC. Higher estimates still only suggest 25% THC. It’s a relatively moderate strain by modern standards, but users should still exercise caution.

Most samples of Biscotti do not have any discernible levels of CBD. It’s therefore doubly important to approach this strain with caution, as the THC may seem more potent without any CBD to balance it out.

Cookies Farms bred Biscotti by crossing Gelato 25 with Sour Florida OG. There are some Girl Scout Cookies genes mixed in there on the Gelato side, which is where Biscotti gets its flavor.

In fact, Biscotti has a similar profile to Thin Mints Cookies, which appears in its ancestry. Fans of this strain should definitely give Biscotti a try.

Every user reacts to cannabis differently, and it’s tricky to say how a particular strain will affect an individual. However, Biscotti is growing in popularity among medical marijuana users who have found it beneficial for a variety of purposes.

More pertinently, Biscotti is used by those with mood disorders. A large portion of users say that Biscotti makes them feel less anxious and stressed, and some others even use it to help with depression.

Possible Side Effects of Biscotti

All strains come with potential side effects. Whether you experience them depends on your tolerance and a variety of other factors.

The most common side effects experienced with Biscotti are the typical red eyes and dry mouth expected with all strains. Some users also report feeling anxious and paranoid after consuming too much.

It’s vital to be aware of this as a potential side effect, especially for users attempting to reduce feelings of anxiety through MMJ.

Finally, some users also experience headaches. These can be caused by dehydration, so make sure you have some water on hand.

Biscotti is a fantastic strain that gives off authentic West Coast vibes. Like its ancestors, it’s proving to be a popular strain both for its flavor and its effects.

Fans of cookie-flavored strains should keep Biscotti on their list of strains to try, as it certainly packs a punch with its sugary taste. It’s also a fantastic one to try with friends as it promotes social feelings and plenty of laughter.

Whether you intend to smoke this strain or make edibles with it, it’s one you should definitely keep an eye out for in your local dispensary.

Check out this fun and fruity strain