Written by John Killerlane, B.A., HDip
4 min read
7 comments
Overview
The Kryptonite strain is an incredibly potent, indica-dominant hybrid. Its effects are predominantly sedating in their latter stages, so this strain is best suited to evening time use. Ideal for relaxing and unwinding after a busy day. 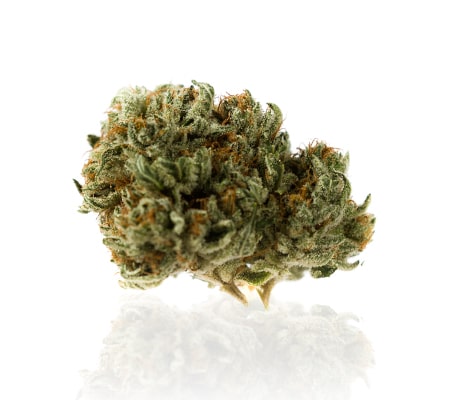 You would think with a name like Kryptonite, this strain would be one of a kind. However, that isn’t the case. To be clear, this review is of the indica-dominant hybrid Kryptonite strain. This is not to be confused with the Kush strain Kryptonite OG, which’s a cross of Kryptonite and OG Kush.

There is another sativa-dominant Kryptonite strain by Pyramid Seeds, which will affect you very differently.

Speaking of which, fans of Superman will know how adversely affected the ‘Man of Steel’ is by the glowing green crystal. Kryptonite consumers, on the other hand, will be glad to hear that consuming this strain won’t have the same effect on them.

What Is the Kryptonite Marijuana Strain?

The Kryptonite strain is an indica-dominant (85:15) hybrid created by breeders at the Bay Area’s Oaksterdam University. Kryptonite is a cross between the hugely popular Mendo Purps strain and the well-balanced hybrid, Killer Queen.

Most Kryptonite consumers describe this strain’s effects as long-lasting and incredibly potent. This isn’t surprising as the Kryptonite strain has a THC range of between 17%-27%.

Some Kryptonite consumers say that it helps to get them in the right frame of mind for meditation or yoga. Artistic types also say that this strain gets their creative juices flowing as it makes them think more abstractly.

In its early stages, Kryptonite’s effects are uplifting and euphoric. However, as time passes, this strain’s indica genetics come more to the fore. A deep feeling of relaxation and sedation washes over the body. Feelings of lethargy and drowsiness quickly follow. Due to the nature of these effects, the Kryptonite strain is best suited to evening time use. 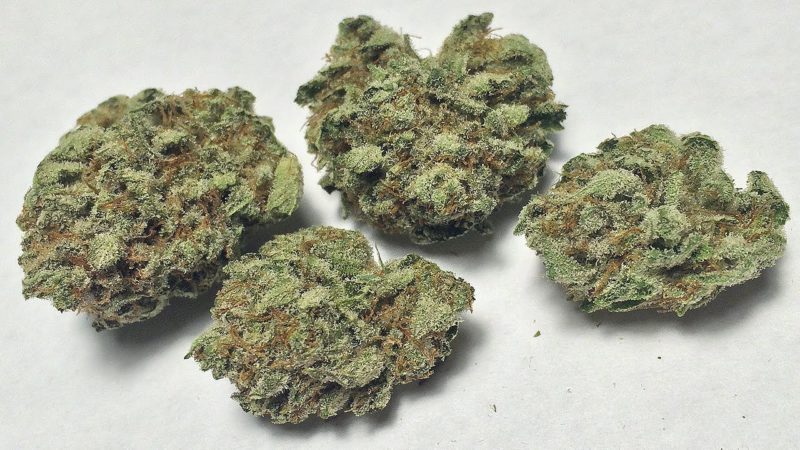 The Kryptonite strain has a pungent, skunky, and musty odor infused with earthier scents and tropical fruit aromas.

Thankfully, Kryptonite’s flavor is a lot more pleasant that its unusual aroma. This strain has a deliciously sweet and sugary taste with hints of pine and subtle black hash notes.

This Kryptonite strain may have gotten its name from its vibrant green appearance and a generous coating of resinous crystal-like trichomes. Kryptonite plants grow tall and can reach up to six feet in height. The pistils are typically brownish-orange in color.

One important thing to note is that the indica-dominant Kryptonite is a clone-only strain. Therefore, prospective growers of this strain will have to obtain clippings from a mature female Kryptonite plant.

Kryptonite’s growing difficulty is rated as moderate, so novices should opt for more straightforward strains to grow instead. In terms of cultivation, it’s possible to grow a Kryptonite plant outdoors as well as indoors.

Kryptonite plants grow well in nutrient-rich soil, but they can be grown hydroponically, too. Experienced Kryptonite growers recommend using the Sea of Green method for best results.

The flowering period for a Kryptonite plant is between eight to ten weeks. However, indoor growers can expect a relatively modest yield of around 11 ounces per square meter.

Outdoor Kryptonite growers should choose a sheltered area to protect this plant from inclement weather. The ideal time of year for harvesting Kryptonite plants is between mid-September and early October. This strain produces a much more generous yield when grown outdoors. A successful harvest can result in up to 22 ounces per plant.

The highest recorded THC content in a Kryptonite strain sample was approximately 27%.

Undoubtedly, you’ve heard all of the buzz around CBD over the last number of years. The growth of the CBD industry is evidenced by the numerous CBD-based products, e.g., CBD oils and CBD gummies, on the market today.

However, a lot of strains contain only very low levels of CBD. Many strains will typically have a CBD content of less than 1%. There are exceptions, of course, and there are several high-CBD content strains out there.

Medical Benefits of the Kryptonite Strain

The Kryptonite strain is very popular among the medicinal cannabis community as it purportedly offers several health benefits. Medicinal consumers believe that the Kryptonite strain has analgesic properties, and consume it to help relieve conditions that cause chronic pain. The most common of these include lower back pain and arthritis. It may also be useful for muscular pain as well as muscle spasms.

As the Kryptonite strain has potent sedating and soporific effects, it is also widely used by people with insomnia. Medicinal consumers with mood disorders like depression and anxiety may also find the Kryptonite strain useful. Its euphoric and uplifting high may offer temporary relief from the symptoms of these disorders.

Some Kryptonite consumers say that it can also help to boost appetite and that it has a mild antiemetic effect. This may make Kryptonite useful for those who are feeling nauseous due to their specific condition or medication.

The Kryptonite strain may have other benefits too. Some believe that it may help to alleviate the symptoms of PTSD. Though, please note that these purported health benefits are based solely on anecdotal evidence. If you are considering using the Kryptonite strain for any medical condition, then it is advisable to discuss this with a health professional beforehand.

Possible Side Effects of the Kryptonite Strain

The most commonly reported side effects associated with the Kryptonite strain are cottonmouth and dry eyes. Dosage is vital with this strain due to its potency.

Those who overindulge on this high-THC strain may experience heightened anxiety, paranoia, and dizziness.

As Kryptonite has strong sedating properties, this body-numbing effect can lead to couchlock. While some may enjoy sitting back and relaxing, others, particularly novices, may find this unsettling.

Final Thoughts on the Kryptonite Strain

While Kryptonite may be bad for Superman’s health, the Kryptonite cannabis strain may have some health benefits for consumers. This indica-dominant strain may help to relieve painful conditions and help insomniacs to get some much-needed sleep.

The Kryptonite strain is unsuitable for novices as it is too potent, and its effects are very long-lasting. Experienced cannabis consumers should limit their use of this strain to evening time and be careful with the dosage.