Written by John Killerlane, B.A., HDip
3 min read
0 comments
Read Later
All information on this website is for general informational purposes only and is not intended or implied to be a substitute for professional medical advice, diagnosis or treatment.
Blue Knight Strain Overview
Waiting on a knight in shining armor? The Blue Knight strain may sweep you off your feet instead. It has a fruity, blueberry flavor and sedating, stress-relieving effects. Take note, though, this strain's THC level can be as high as 27%! 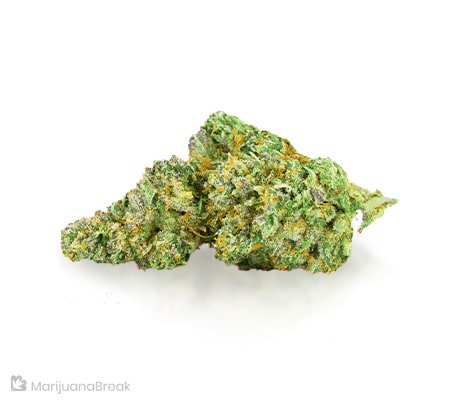 Sadly, The Blue Knight strain has nothing to do with King Arthur or his Knights of the Round Table. However, like the legendary king, Blue Knight is the subject of much folklore. Let’s look at this modern-day classic and see what it has to offer to cannabis consumers.

What Is the Blue Knight Strain?

Blue Knight weed is an evenly-balanced hybrid and a cross between Kryptonite and the deliciously fruity Blueberry strain.

One of Blue Knight’s standout features is its exceptionally potent THC content.

Given its potent THC level, it’s unsurprising that Blue Knight provides a euphoric and uplifting high, at least initially. As time passes, Blue Knight’s indica effects come more to the fore, and a feeling of deep relaxation takes hold.

Later, Blue Knight’s sedating effects intensify to the point that users become drowsy. Given the nature of its effects, the Blue Knight strain is best-suited to evening use.

Blue Knight has a smooth, sweet blueberry and vanilla flavor with refreshing hints of pine, wood, and earth. Users say it tastes a bit like blueberry muffins on the exhale, with a dash of black tea.

Blue Knight weed produces large flowers that contain incredible blue, purple, and dark green hues. Its buds sport a conical shape with tapered ends. This strain has a generous coating of trichomes that make the plant very sticky to the touch.

Blue Knight’s vibrant purples, greens, and blues are due to anthocyanins formed during growth. Anthocyanins are pigment molecules that are stimulated by exposure to cool temperatures during growth.

While the Blue Knight strain is a cannabis connoisseur’s dream, unfortunately, feminized seeds can be a nightmare to find. Fortunately, another option is to grow a clone, using clippings from a mature female Blue Knight plant.

The good news is that experienced Blue Knight growers rate this strain’s growth difficulty as easy. One reason for this is that these plants are resistant to common molds and mildew. 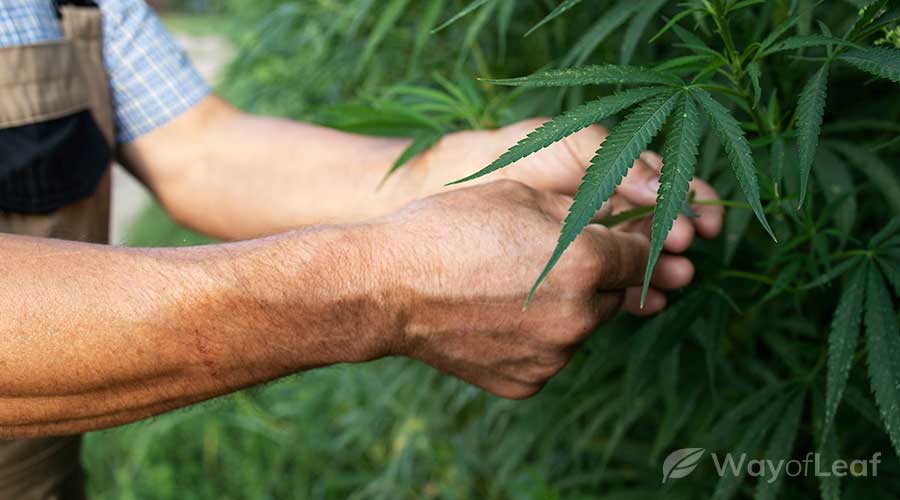 You can grow Blue Knight plants both indoors and outside. Indoors, Blue Knight plants have a relatively short flowering period of 7-9 weeks. Disappointingly, the indoor yield is quite low at 7 ounces per square meter. However, growers should consider harvests in terms of quality rather than quantity.

Outdoors, Blue Knight thrives in a warm, sunny, and slightly humid climate. These plants will be ready for harvesting around mid-October and provide a slightly more generous return of 11 ounces per plant.

Blue Knight contains significantly more CBD than many other strains. While most strains contain 1% cannabidiol or less, Blue Knight’s CBD content can be as high as 4%.

One of the main health benefits attributed to the Blue Knight strain is its purported ability to alleviate insomnia. However, many users say that it can help to address other medical issues, too.

Given the relaxing nature of Blue Knight’s effects, it may be a useful stress reliever. Its uplifting, mood-enhancing high may also provide temporary relief to users with depression or anxiety.

Many Blue Knight consumers say that it provides pain relief for common conditions like arthritis, and muscular aches and pains.

Possible Side Effects of the Blue Knight Strain

Given Blue Knight’s potency, some THC-related side effects are likely. Some consumers experience cottonmouth and dry eyes after smoking this strain. A small percentage of users say that this strain gave them a headache or made them paranoid or anxious.

With a name like Blue Knight, it conjures up images of a knight in blue armor, on horseback, with a lance gripped tightly in hand, ready to go into battle. However, Blue Knight has nothing to do with King Arthur and his Knights of the Round Table despite the name. Its name is simply a fusion of its parent strain’s names, Blueberry and Kryptonite.

While this may be a letdown for some, the Blue Knight strain’s effects won’t disappoint. Thanks to its highly intoxicating THC levels, this strain provides a euphoric and mood-enhancing high.

Thanks to its highly intoxicating THC levels, this strain provides a euphoric and mood-enhancing high.

As the knight, sorry, the night, wears on, feelings of relaxation, sedation, and sleepiness dominate. It’s little surprise that the Blue Knight strain is a very popular choice among cannabis users with insomnia.

Finally, given its potency, novices would be wise to avoid this strain, while experienced users should be careful not to overconsume. Remember to enjoy the Blue Knight strain responsibly.

As good as dessert?

Check out this fun and fruity strain

14
5 min read
Video
Join The Discussion
TOC
Premium
Your subscription has ended
If you love cannabis and want to support our site, join WayofLeaf Premium today and unlock
Best of all, part of your membership fee will go towards supporting the fight to legalize cannabis.
Sign Up for WoL Premium
Not now
I already have an account
×
Log in to Your Premium Account