On January 1, 2018, marijuana became legal for recreational use in the state of California; a satisfying conclusion to what most would say was a century-long journey.

As we reached the end of the last millennium, California was at the forefront of the ‘legalize marijuana’ debate. In 1996, it became the first to do so for medical purposes in the modern era. However, the history of weed in California predates its admission into the Union, which occurred on September 9, 1850.

As early as 1795, residents of the Golden State cultivated cannabis for rope and fiber. Most historians believe that cultivation began at Mission San Jose. By 1810, the state was producing an enormous 220,000 pounds of hemp.

However, a Mexican rebellion against the Spanish Crown resulted in subsidies for the crop getting cut. By 1841, practically all California hemp farms were abandoned. Fast forward to the end of the 19th century, and Armenian, Turk, and Arab immigrants began growing marijuana for local consumption.

In most states, fear of Hispanic and black immigrants and their use of weed (due mostly to the “Reefer Madness” government propaganda) resulted in severe restrictions. California initially refused to follow the trend, but eventually, the state fell in line. The Golden State wasn’t always such a “marijuana maverick!”

DID YOU KNOW? California was one of the first states in the Union to prohibit cannabis – way back in 1907.

One of the first marijuana drug raids in American history happened in LA’s Mexican-American Sonoratown neighborhood in 1914. The law had started to become stricter towards weed users as anti-cannabis hysteria slowly reached fever pitch. In 1925, possession was punishable by up to six years in prison! By the end of the decade, a second offense was punishable by a maximum of 10 years in jail.

In 1932, approximately 60% of all narcotics arrests in LA involved marijuana. In 1937, the Marihuana Tax Act made cannabis federally illegal. In reality, its passing wasn’t hugely significant in California since the state was already punishing users, cultivators, and sellers.

In 1954, possession of marijuana could result in a 1-10-year prison sentence. Selling was punishable by up to 15 years in prison, with a minimum of three years before you were eligible for parole. A third offense for sale or possession resulted in life imprisonment.

Fortunately, some brave men and women refused to allow marijuana to die in California. The hippie and beatnik cultures experimented with the drug, which led to increased interest in its use.

In 1964, the attorney for Lowell Eggemeier – a man arrested for a cannabis crime – established LEMAR (LEgalize MARijuana). It was the first marijuana legalization group to be formed in the United States. Soon afterward, the Saturday Evening Post wrote a piece describing how almost half of the state’s population had tried weed. 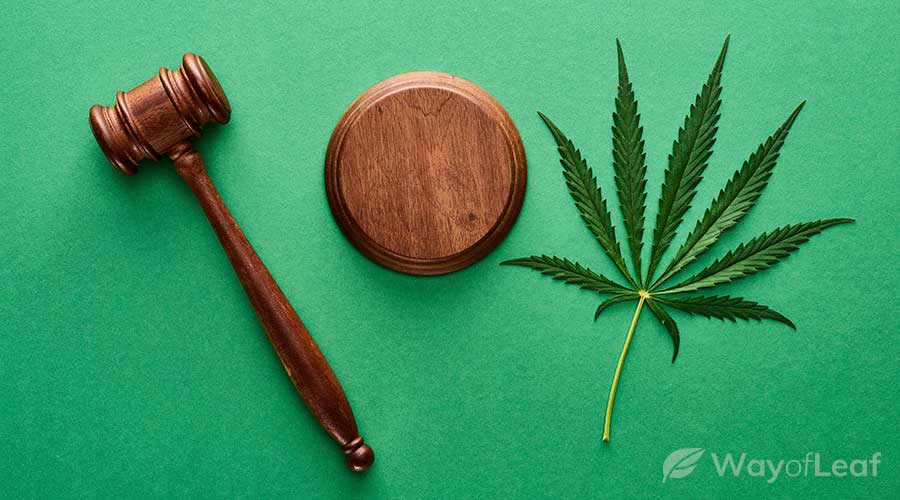 California began to establish its ‘maverick’ reputation around this point. In 1972, the state became the first to try and independently legalize the herb with Proposition 19. Sadly, 66.5% of residents voted down the measure, but it was the start of a crucial movement.

Different areas of the state began to act. The 1973 Berkeley Marijuana Initiative I forbade police officers from making weed-related arrests unless the city council approved.

If the Berkeley Initiative was a significant development, the Moscone Act of 1975 was positively seismic. By that year, an estimated 90% of marijuana arrests in California were for possession. Public officials knew such arrests were a waste of their time and resources; they cost California $100 million per annum.

In 1975, George Moscone, the Mayor of San Francisco, introduced Senate Bill 95, later known as the Moscone Act. It ensured that possession of an ounce (28.5 grams) or less could only be classified as a misdemeanor. It was punishable by a fine of $100, but significantly, no jail time.

Related article
What Does It Mean that Oregon Decriminalized All Drugs?

The 1979 Berkeley Marijuana Initiative II ensured that marijuana offenses such as possession, transportation, sale, and cultivation of cannabis became the lowest priority for police officers. By the late 1980s, it became apparent that further research into the therapeutic effects of marijuana was necessary. In 1988, a judge ruled that the Drug Enforcement Agency (DEA) was hindering weed research.

The movement to legalize medicinal marijuana originated from San Francisco in the early 1990s. In 1991, almost 80% of voters approved Proposition P, a measure that allowed the medical use of cannabis in San Francisco. The following year, the city’s board of supervisors passed a resolution that urged the district attorney and police commission to make marijuana crimes the lowest priority offenses. The San Francisco Cannabis Buyers Club was formed in 1992 and sold marijuana to medical patients.

The campaign to legalize medicinal marijuana in California was gathering pace. On November 5, 1996, 55.6% of California residents voted to legalize weed for medical use. Proposition 215 meant that the Golden State was the first in the modern era to allow medical patients legal access to cannabis.

Prop 215 was a historic moment, but California didn’t stop there – in 1999, it introduced a three-year program for MMJ research to show that cannabis could be used for reliable medical treatment.

Oakland became the first city in the state to regulate and tax cannabis for adult use in 2005.

Oakland became the first city in the state to regulate and tax cannabis for adult use in 2005. In 2010, State Governor Arnold Schwarzenegger passed Senate Bill 1449. This law ensured that possession of under an ounce of weed was a misdemeanor and civil infraction within the state.

In the same year, Oakland approved a citywide plan to cultivate cannabis. However, Oakland had to back down as President Obama warned them they would be violating federal law.

Even so, it seemed as if nothing could stop full legalization in California. In November 2010, residents went to the polls to vote on Proposition 19. If it had passed, the Golden State would have been the first to legalize marijuana for recreational use. However, Prop 19 was defeated as 54% of voters went against it. Medicinal marijuana growers and law enforcement opposed the measure. The passage of SB 1449, just one month before Prop 19, undercut the bill.

The state received a further blow in 2011. The United States Attorneys for California began prosecuting landlords and property owners renting buildings used to grow or sell cannabis. There was more bad news in 2012 when Mendocino County was forced to end its permit program. It had been the first in the United States but ended after intense federal government pressure.

The Passing of Proposition 64

However, these setbacks only delayed the inevitable. Colorado and Washington both legalized marijuana recreationally in December 2012.

In 2013, a California state poll revealed that 55% of respondents would now vote ‘yes’ to a measure that legalized pot for recreational use. As more states followed Washington and Colorado’s lead, it was inevitable that California would join the party.

The big day came on November 8, 2016, when 57% of residents voted ‘yes’ to Proposition 64. The bill fully legalized the sale and distribution of marijuana in dry and concentrated form. Of course, the law doesn’t allow you to possess or sell as much weed as you like. For starters, you must be a resident of California aged 21 years of age or older. You can also transport, possess, or sell up to an ounce of dry weed or eight grams of concentrated cannabis without any compensation whatsoever.

Related article
Prop 64 Laws: All You Need to Know About the CA MMJ Card

You can cultivate up to six live plants in a private residence. However, it must be in a locked area out of public view. There is a long list of restrictions on consumption, however, which you should check out online. Although Proposition 64 was passed in 2016, marijuana lovers had to wait until January 1, 2018, until it officially became legal in California.

The road to full legalization in California was a long and arduous one, and we are indebted to those who risked their reputation and freedom during the struggle.

California is one of a growing number of states where cannabis is legal recreationally. The Golden State has been a true marijuana trailblazer. We expect this to continue as it will surely lead the nation in research in years to come.

We take a closer look at the research

The Difference Between Mids and Regs (Fully Explained)

Is top-shelf weed really worth the extra cash?

10
6 min read
Join the discussion
TOC
Premium
Your subscription has ended
If you love cannabis and want to support our site, join WayofLeaf Premium today and unlock
Best of all, part of your membership fee will go towards supporting the fight to legalize cannabis.
Sign Up for WoL Premium
Not now
I already have an account
×
Log in to Your Premium Account