At WayofLeaf, we often focus on the potential benefits of cannabis and hemp. We perform a great deal of research to bring you the latest and most relevant studies. Of course, we are unable to make any specific medical claims due to the prohibited status of the plant. Nonetheless, we do our best to provide evidence that it is possibly helpful.

Much of what we write relates to the medical side of things. It tends to look at the possibility of MMJ helping manage the symptoms of a specific condition. However, now and then, we like to change focus and look at the lifestyle aspect. After all, we believe it is more than a leaf; it is a way of life!

In this article, we change gears and try to determine if cannabis use can make you a better person. Once again, we will not look to make any outrageous claims. Using marijuana won’t suddenly turn you into the Dalai Lama, nor will it help you broker peace in the Middle East. However, depending on your personality and life goals, you might find that weed could help. It could also hinder you, of course!

There seems little doubt that cannabis enjoys slightly better press these days. There is still a tendency to focus on the plant’s negative aspects. However, the general public’s attitude is far removed from the Reefer Madness demonization of the 1930s. It feels as if we are allowed to say that cannabis is ‘okay’ in some circumstances.

In any case, let’s check out the five ways in which marijuana could help you become a better person. There are NO guarantees.

1 – Bringing Out Your Creative Side

There are plenty of creative individuals who are or were far removed from being ‘good’ human beings. However, the act of creativity enables you to see things from a different perspective. When you genuinely see different points of view and try to understand them, you may be shocked at how it positively impacts you.

Creativity is all about making connections and learning that there is one between everything in the universe. It also makes it more likely that you’ll try to make things count. Those who strive to become more creative usually find that they become more determined in the process. You could also become more patient and improve your analytical skills.

Being creative might not improve you as a person in terms of adopting fluffy white kittens, but it can produce a better version of yourself. As it happens, marijuana could aid you in this quest. As long as you are sensible in your dosage, you could find that Mary Jane helps different areas of divergent thinking.

A study by Kowal et al., published in Psychopharmacology in October 2014, looked at how cannabis impacts creativity. It placed 53 volunteers into three groups. One received a placebo, another got a 5.5mg THC dose, and the third group got 22mg of THC. The volunteers completed an exam on creative thinking and another on convergent thinking.

Those who consumed 5.5mg were the top-performing group in the creative exam. Interestingly, the 22mg group fared worst of all. There was little difference between the groups in the other exam. Therefore, if you want to get creative, take a small amount of cannabis first, and see what happens.

There is some debate over whether marijuana makes you more productive or more likely to fall prey to couch lock. In reality, research into this issue has yielded mixed results. Most of us are well aware of the stereotype of the lazy stoner. They get really high and do as little work as possible. One thing we can say is that the above scenario is more likely when you consume a considerable amount of high potency marijuana. That said, Willie Nelson loves cannabis and has produced 70 solo albums!

If you prefer to microdose, you may experience a higher level of productivity.

This is the practice of using small amounts of cannabis several times a day. It is easier to do this via vaping or edibles than through smoking joints or using bongs. It could also be a case of how an individual is wired. Elon Musk said that he didn’t feel cannabis helped with productivity. In contrast, Seth Rogen claimed that marijuana “has facilitated a lot of my functionality.”

The likelihood is that the terpene content of a cannabis strain may have a significant impact on energy levels. There is research that suggests limonene, beta-caryophyllene, and alpha-pinene help provide an energy boost.

Limonene is one of the most abundant terpenes found in weed. Look for strains such as Liberty Haze, Shining Silver Haze, and Cookies and Cream.

An increasing number of people swap their morning coffee for high-THC marijuana strains, due to the mental boost it gives them. It is up to you to decide if you want to experiment and find out.

This falls into the ‘hit and miss’ category. For some, being stoned enables them to go out into the world. For others, getting high causes them to retreat and remain away from the public gaze. As is the case with #2, you may need to experiment and find out what happens to you when you use cannabis. 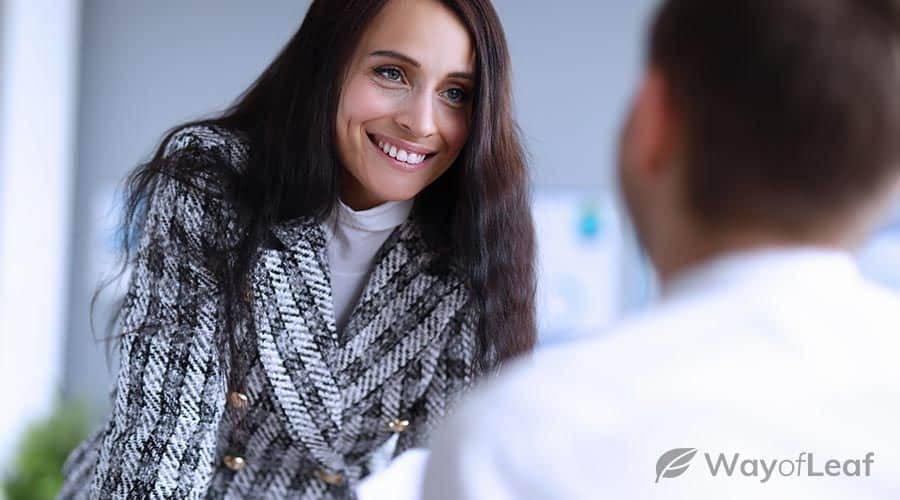 What we can tell you is that countless individuals use MMJ to try and combat a social anxiety disorder. Those who have (SAD) find social encounters, especially with strangers, intolerable. They hate being introduced to people, and feel embarrassed when they are the center of attention.

In February 2011, Bergamaschi et al. had a study published in Neuropsychopharmacology. It looked at CBD’s effect on anxiety induced by simulated public speaking. In the study, 24 patients with SAD were divided into two groups of 12. One group consumed 600mg of CBD; the others received a placebo. Next, they completed a simulation public speaking test.

Those who used the CBD reported lower levels of anxiety, discomfort, and cognitive impairment than the placebo group. It seems as if a high-CBD strain such as Harlequin is a good option for boosting sociability. If you are prone to anxiety and aren’t sociable, a high THC strain may exacerbate your negative feelings.

4 – Heightened Awareness of Yourself & The World Around You

In this instance, it is almost pointless trying to cite studies! Really, only those who have used cannabis and become ‘high’ understand. Bob Marley once said: “When you smoke the herb, it reveals you to yourself.” What he possibly meant is that people who are high seem to believe they have gained esoteric knowledge. Esotericism relates to secret or hidden knowledge. It is the inward forms of religion and faith, the mystic experience, and transcendence.

The modern age is one of esotericism. These days, there is a backlash against any type of hidden knowledge. We are more scientific, so we are more prone to rejecting esotericism. The belief is that knowledge gained without prior experience isn’t scientific, nor is it worth consideration. Whether it is possible to attain an esoteric state while sitting on the sofa is open to debate! A more likely route is to study pre-modern philosophies in depth.

The brilliant scientist, Carl Sagan, was a massive advocate of pot. He once said: “Cannabis brings us an awareness that we spend a lifetime being trained to overlook and forget and put out of our minds.” As Mr. X, he wrote an insightful essay on the intoxicating effects of the herb.

He admits refusing to use it on several occasions after being offered it by friends. Eventually, he relented and went on a magical journey. At one point, he wrote that “there was a movie going on in my eyelids.” Ultimately, Sagan said that “the cannabis experience has greatly improved my appreciation for art, a subject which I had never much appreciated before.” He went on to say the same thing about music.

Digging into the history of ca…

5 – Could Help You Become More Passive

There is a world of difference between being less motivated, energized, and becoming laid back and passive. Most of the relevant research agrees with the notion that smoking cannabis helps a person relax. Given the level of illness associated with stress and anxiety, one would assume this was a good thing.

However, in the rat race we live in now, being passive is apparently bad. It means you are less likely to spend three-quarters of your waking life working and commuting to the workplace. You do this to impress the boss, who is only in a position of command due to nepotism.

As long as you don’t allow it to affect your life negatively, being chilled out is often beneficial.

You will probably have lower blood pressure and fewer stress headaches. Remaining calm while your ‘in over his head’ manager yells at you could improve your chances of progressing in the workplace!

It is also less likely for someone stoned and chilled out to go on a violent rampage. This is despite a few poorly researched studies trying to claim the opposite. Things can become problematic if you use too much high-THC cannabis, or mix it with alcohol or other drugs, however.

If you already have issues with paranoia or anxiety, it is best to steer clear of potent cannabis. Even those without such problems are better served using a small and sensible amount of the herb.

Final Thoughts on Whether Smoking Weed Makes You a Better Person

It isn’t easy to measure. Indeed, some would say it is impossible. However, we have created a list of five reasons why marijuana could make you a better person. As we mentioned earlier, it won’t turn a violent person into a saint. It also won’t transform a slacker into an achiever. However, if you use cannabis sensibly, and with an open mind, the outcome could surprise you.