How Long Does a Vape Pen Battery Last?

The vaping industry is thriving; especially now that medicinal marijuana is legal in 33 states plus D.C. Vape pens are small and discreet devices that allow users to consume cannabis concentrate. They typically consist of a mouthpiece, a cartridge where the oil is stored, a heating element (atomizer), and the battery.

The battery provides the right amount of power to vaporize the oil inside the cartridge. If you use a battery that is too strong for your vape pen, you could easily burn out the cartridge, rendering it unusable. These days, the vape pens you purchase already include a suitable battery.

Traditionally, vape pen batteries ranged from 400mAh to 1100mAh, but today, there are devices with far more power. In fact, some vape pens are almost as powerful as pod mod vaporizers which usually have far bigger batteries.

When answering the title question, there are several factors to consider. Battery size is unquestionably the most important, but the amperage, model of tank, and your pattern of use all dictate how long your vape pen lasts. As a general rule of thumb, 1100mAh battery lasts 1,000 puffs. However, there are new models with a far bigger battery.

What Style of Battery Do Vape Devices Use?

510 threaded batteries remain the most commonly used type of vape pen battery on the market. ‘510 thread’ refers to the thread design on the battery, and it tells you the kind of cartridge that fits on to the battery. There are also 18950 batteries, but these are associated with powerful mod devices. This article focuses on 510 batteries.

Although one type of battery is associated with the vast majority of vape pens, not all 510 thread cartridges and batteries are compatible. Some batteries are too powerful to use with specific cartridges. On the plus side, a vast proportion of pre-filled cartridges purchased online have 510 threads.

When you purchase a vape pen battery, it comes with a charger. Please make sure you ONLY use that charger. If you try and use a phone charger to charge your vape pen, for example, you could destroy your battery.

The main spec you’ll probably see when looking for vape pen batteries is its mAh (milliampere-hour) figure. The mAh of a battery is the duration of battery life. A battery with a high mAh should allow a greater period of use before you need to charge it again. Even a small 300mAh battery should last you for a full day’s worth of use, depending on how often you vape.

It is all too easy to assume that you only need a high mAh and amperage to get sufficient power. Alas, there are some trade-offs to consider. For instance, it is necessary to sacrifice a device’s power if you want a high capacity and vice versa. In general, you will find three types of vape pen battery:

You will also find batteries in different voltage ranges. The most common voltage range on 510 thread batteries is 3.3v – 4.8v. Slim vape pens will usually have a voltage in the lower range. It is suitable for most oil cartridges but won’t provide adequate power for wickless or ceramic cartridges. When seeking the right battery, begin at the lowest voltage available and try to determine how much vapor will be released.

A high voltage battery may cause your pen’s heating element to get hotter; the result is a higher amount of vapor production. If you plan to use your vape pen a lot, you may find benefits to choosing a high voltage battery. This battery type can operate at a high voltage for a considerable period, but the trade-off, in this case, is ensuring your battery functions at a relatively low temperature. Otherwise, it could blow up!

So, How Long Will My Vape Pen Battery Last?

We already gave you a rough estimate based on one battery size above. However, it is very much a question of asking how long a piece of string is. Alongside the overall power of the battery, your usage will decide how long the battery lasts.

Also, it is worth remembering that a 2,000mAh battery will last twice as long as a 1,000mAh battery under the same conditions. You must also take into account voltage and ohms which determine the amperage a battery runs at. The higher the amperage, the less time your battery lasts.

Let’s have another word on usage. If three people are using the same kind of battery with identical mAh and ohm cartomizers, and if one of the three is a very heavy user while the other two are casual users, the battery will not last the same length of time. However, the actual run time of the battery will be the same; it just seems different because the heavy user has vaped so often that the battery inevitably drains faster.

It is often said that 100mAh equals one hour of use. Once again, it is influenced by your style of inhaling, the resistance you are using the vape pen with, the surrounding temperature, and numerous other factors.

For the record, there are vape pens with 2,000+ mAh batteries, although top-rated vape pens are still able to get by with far smaller batteries. For instance, the KandyPens RUBI only uses a 280mAh battery but is regarded as one of the best portable devices on the market.

Other Things to Consider When Choosing a Vape Pen Battery

We know that the battery capacity (mAh), and voltage are crucial considerations. However, this isn’t the end of the story:

Extending the Battery Life of Your Vape Pen

Over time, you may find that your pen’s battery isn’t lasting as long as it used to. Here are a few tips that could squeeze a little extra time out of your battery:

The battery is arguably a vape pen’s most crucial part. It allows your pen to function well and can give you a fantastic vaping experience. When it comes to choosing a vape pen battery, it is not always a question of focusing on mAh. Yes, the higher the mAh, the longer your battery should last in theory.

However, you also need to consider the voltage and your preferred way of using a vape pen. If you are a heavy user, you should look at the device’s voltage output above anything else. Yet even the above considerations are no longer enough. Does the battery take too long to charge? Are you more worried about flavor or would you prefer vast vapor clouds?

Some of the most popular devices on the market have relatively low mAh batteries. Users are aware that the battery won’t last too long but also know that it charges extremely quickly. If you are a casual user, you don’t need a powerful battery. On the other hand, regular users who travel a lot absolutely need a vape pen that offers hours of run time per full charge.

Estimates on vape pen battery duration vary, mainly because users have different methods of inhalation. The 100mAh = 1 hour or 1 mAh = 1 puff calculations could be way off depending on the factors mentioned in this article. The only real way of finding out is to try a vape pen for yourself! 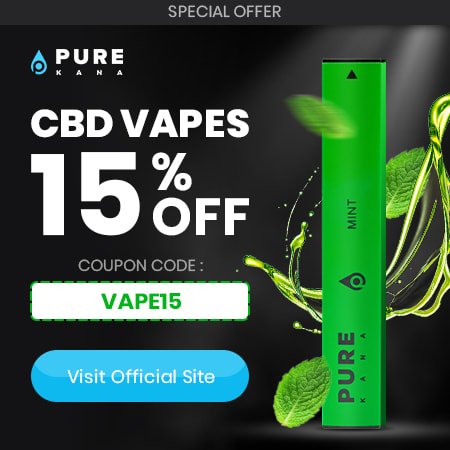 48
8 min read
What Are Refillable Vape Pens and Should You Use Them?

0
5 min read
MyBlu Liquid Pods Review: How Would We Rate Them?

11
7 min read
Fake Vaporizers and e-Cigs: How to Spot Them Immediately!

14
3 min read
Pulsar Vaporizers: A Comprehensive Guide to All Their Vapes