Written by Editorial Team
3 min read
4 comments
Read Later
All information on this website is for general informational purposes only and is not intended or implied to be a substitute for professional medical advice, diagnosis or treatment.
Willy’s Wonder Strain Overview
With a strain like Willy’s Wonder, you can’t help but wonder just what exactly a strain with such a name entails. Fortunately, this strain tastes amazing (think tropical and citrus fruits mixed with a subtle earthiness) and has just as pleasant effects. It can help one to relax with a sense of euphoria, so it’s great for depression and PTSD cases. 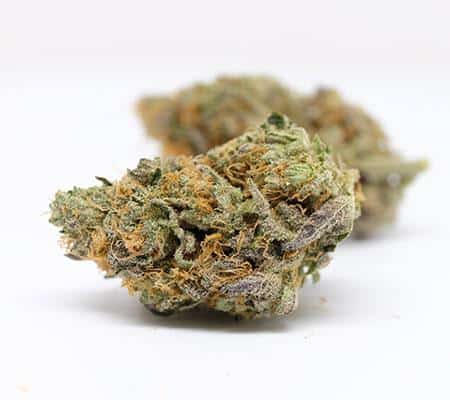 Is there anything better than when you get your hands on a bud you’ve never tried before? What about a bud with legend status? Today we are going to be looking at one such flower – formally known as William’s Wonder. A real hall of fame strain that has been around for years, today we are giving you the low-down on all you need to know!

If you know anything about weed at all, then you probably have already heard of this bud, but we bet most of you haven’t been lucky enough to get your hands on the original strain! Rare in its nature, this is undoubtedly one bud well worth the hunt!

Stick around to find out more about this wonderful bud (you see what we did there?)…

What is Willy’s Wonder Cannabis Strain?

Willy’s Wonder, also known as William’s Wonder, is the indica-dominant bud with one hell of a reputation! Originally developed sometime in the 1970s or 1980s, there is a certain air of mystery around this strains genetic background.

Many rumor that Willy’s Wonder started with Sacred Seeds and Sam the Skunkman, however with no specific evidence, most believe this indica is derived from an Afghani landrace. What we do know is that Willy’s Wonder was first brought to the public in the 1987-1988 SSCS breeders catalog, and it caused some real waves in the cannabis community.

Boasting a wonderfully high THC average and long-lasting effects, combined with its ease for indoor cultivation, Willy’s Wonder became a household name strain back in the day. Since then, this strain has only grown in potency and popularity; however, it is tough to come by an original version of the bud, with many versions being created in recent years.

It may be wonderful, but this flower is potent and is not recommended for novice smokers or patients who are new to high THC strains. Most versions of this bud contain up to 26% THC, with some even claiming an average of 30% THC, so it is indeed not one to be taken lightly!

William’s Wonder has undoubtedly got a distinctive aroma, with a diverse range of notes, you are taken on a journey of scents from opening up the bag to exhaling your first drag.

Upon the first sniff, users will pick up notes of sweet, almost tropical fruit, with a subtle and earthy undertone that balances things out nicely. The aroma is undoubtedly heightened upon breaking the bud up, with strong notes of tangy citrus coming to the forefront, making for a mouth-watering smell.

Upon exhaling, you will be enveloped in a sweet yet almost herbal cloud of smooth smoke that takes on a floral, practically incense-like smell that lingers long after you’re done.

Willy’s Wonder is a delight to behold, offering a plethora of colors, a well-cultivated plant will boast hues of yellow, green and red across a large statured bud. A typical indica in stature, this flower is undoubtedly best known for its super colorful appearance that is well in keeping with its rich aroma and flavors!

If you love the way this bud smells, then the taste will certainly not disappoint! Offering deliciously fresh citrus and fruity notes, with a backdrop of spiciness akin to rich herbs, this is a tasty, morish bud that is packed with flavor!

Willy’s Wonder was designed to be grown indoors, which is one of the big reasons for its instant popularity way back when. When appropriately grown indoors, this bud can offer huge yields that far outreach most other strains!

According to the SSSC, Willy’s Wonder has the power to produce yields anywhere between a whopping 1500 and 2000 grams per square meter!

If you are restricted to outdoor cultivation, then this is not going to be the plant for you; however, you can take this bud outside once it has fully flowered. Flowering time for Willy’s Wonder typically takes between 65-75 days, and is worth the wait for those immense yields!

As we have already said, Willy’s Wonder boasts high THC levels, and so for patients looking to treat a medical condition with this bud, they should ensure they are used to high THC strains first. Packing a long-lasting and effective punch, this is a real creeper strain that starts with a subtle physical numbing that slowly travels up from your toes to your head, leaving you relaxed and pain-free.

A real nighttime bud, indulging in Willy’s Wonder will almost always lead to couch-lock and a peaceful night of sleep. Perfect for insomnia, it has long been chosen to improve sleep conditions or help people suffering from pain to relax and unwind.

Thanks to the long lasting effects, sufferers of inflammation, or other physical pain can benefit from just one session of this strain and be good for the night! Others have reached for this heavy indica for anxiety, PTSD, depression, and stress as it is highly cerebral and euphoric while remaining relaxing.

In precise doses, this is a pretty clear-headed strain, and will almost always lead to massive munchies, so it is great to indulge in or to treat an eating disorder condition or troubles with appetite.

Overall, users of Willy’s Wonder have reported feeling extreme relaxation in the body, while having happy, upbeat thoughts and feelings of sedation and laziness. Remember that the effects tend to last upwards of two hours, so should be taken either in the evening or on a day where you have nowhere but the couch to be!

Possible Side Effects of Willy’s Wonder

Due to the high THC average of this bud, there are potential risks to taking too much or more than you are personally used to. Some users have reported feelings of dizziness, fatigue and brain fog the following morning.

We recommend that only experienced cannabis users opt for this bud; however, small amounts are the best way to test the waters safely for anyone.

Round-Up: Will You Be Trying Willy’s Wonder Cannabis Strain?

In a nutshell, this hall of fame bud is both relaxing, mellow and upbeat all in one stunning package! The flavors and aroma offer a feeling of true luxury and bring a cerebral state of mind for its user. So, what we want to know is whether you have tried the real Willy’s Wonder before, and what you thought of it?

Let’s have a chat in the comments!