Written by Hayley Rees, HBCom
5 min read
0 comments
Do-Si-Dos Strain Overview
The Do-Si-Dos strain offers a very potent but smooth high, followed by plenty of dreamy, euphoric bliss. The high hits users fast and hard with a cerebral rush of euphoric energy that only lasts for a short time before fading into a happy, stoned introspection. 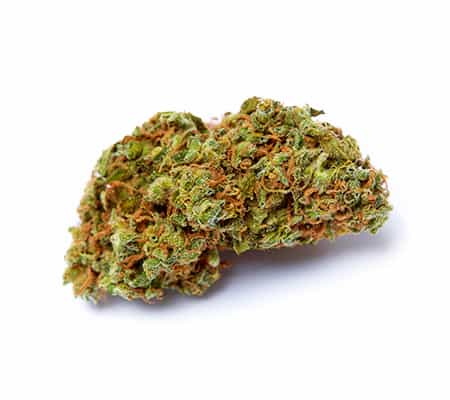 Flavors
Fruity
Skunk
Sweet
Common usage
Anxiety
Chronic pain
Depression
Sleep
Effects
Happy
Relaxation
Uplifting
Growing info
One of the great things about this plant is that it can be grown both indoors and outdoors. However, to be successful growing Do-Si-Dos outdoors, you will need a semi-humid climate with daytime temperatures that range between 70 - 80 degrees Fahrenheit.
THC
28%
CBD
1%
Sativa
30%
Indica
70%

Do-Si-Dos became an instant favorite among many cannabis connoisseurs all around the world when it first hit the market. Both the flavor and smell of this bud are fantastic, and the THC-content is very high. These are two characteristics that make Do-Si-Dos a true winner for many people.

The Do-Si-Dos strain is known for offering incredible effects to users. Those who enjoy indica-dominant strains will fall in love with this one. Just be cautious because its high potency means that Do-Si-Dos could be debilitating for inexperienced smokers, so toke wisely. But if you’re prepared for relaxation, this is one smooth, comfortable ride.

Do-Si-Dos has gained a lot of attention since breeder Archive Seed Bank created it in 2016, gaining a reputation in Portland before moving down the coast and into Colorado.

What Is the Do-Si-Dos Strain?

Do-Si-Dos is an indica-dominant hybrid strain (70% indica/30% sativa) that was created by crossing the aromatic Girl Scout Cookies and body-melting indica, Face Off OG. It’s a pungent and well-balanced strain whose effects tend to last longer than average. With THC levels reaching anywhere between 19% and an incredible 30%, the Do-Si-Dos strain can be potent – even for experienced cannabis users.

The Do-Si-Dos strain offers a very potent but smooth high, followed by plenty of dreamy, euphoric bliss. The high hits users fast and hard with a cerebral rush of euphoric energy that only lasts for a short time before fading into a happy, stoned introspection. A warming body buzz will then wash over you, while the mind enters contemplative and meditative states. You will feel super relaxed and stoned after smoking this bud. 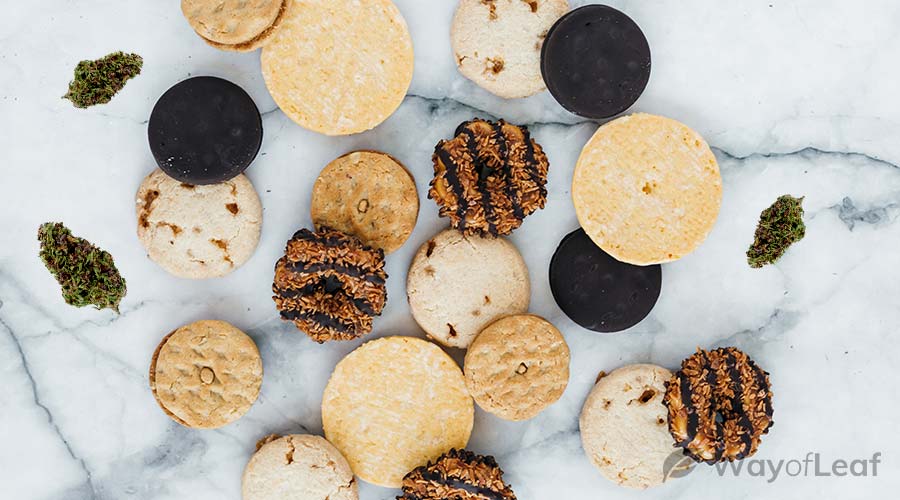 As mentioned, Do-Si-Dos hits the user quickly, both physically and mentally. At almost the same time, users feel a tingle in the upper face; they usually also notice an uptick in cerebral functioning. Thoughts may flow freely and can help concentration levels on task-based, analytical types of work. This strain may also promote creative avenues and set the scene for brainstorming.

Although Do-Si-Dos could cause drowsiness, it can make users more focused and elevated. You might feel a sense of relaxation in the body while the mind is free to wander. This makes the strain ideal for solo consumers who enjoy introspection.

The calming body high keeps the cerebral mindset from becoming too buzzy. Typically, smokers begin to feel progressive relaxation that spreads down through the core and limbs. As the high progresses or the dosage is increased, the possibility of couchlock increases. Since it usually tapers down into an immobilized state of calmness, this strain is best enjoyed late afternoon or early evening.

Do-Si-Dos doesn’t smell anything like its namesake. It emits pungent, sweet, and earthy scents with slight floral funkiness. The flowers explode with an overly sweet and almost fermented odor. Dank and earthy undertones are also present.

With a parent strain like Girl Scout Cookies, you know that this is going to be a delicious strain. But it is pungent. The smoke is said to taste simultaneously skunky and fruity on the exhale. The other parent is Face Off OG, which contributes to the dynamic terpene profile, and gives a smooth inhale and floral exhale.

The buds of this plant are usually small in size and form in small, popcorn-like clusters. Like a lot of indica varieties, the flowers have a dense structure. The small leaves curl tightly inward toward the central stems.

Although small, the flowers are magnetic in color. The leaves are a deep shade of forest green and feature ample amounts of bright orange pistils.

The leaves may also boast hints of purple, which appear when pigments in the strain’s genetics, known as anthocyanins, are activated by cold weather during the growing process.

Lastly, there is a thick, even coat of icy white trichomes that covers the buds, accounting for the strain’s psychoactivity.

Interested growers can quickly purchase Do-Si-Dos seeds at online shops. One of the great things about this bud is that it can be grown both indoors and outdoors. However, to be successful growing Do-Si-Dos outdoors, you will need a semi-humid climate with daytime temperatures that range between 70 – 80 degrees Fahrenheit.

Growers wanting to bring out the colorful purple hues of these flowers should expose the crops to cold nighttime temperatures temporarily just before flowering begins. Do-Si-Dos is said to produce an average yield at harvest time.

Lastly, this strain can be a pretty pungent grow. Therefore, indoor growers wanting to keep their operation under wraps should invest in odor control measures like exhaust fans or carbon air filters.

Do-Si-Dos is an indica strain that is known for being extremely potent with THC levels that are said to reach up to 30%.

We couldn’t find any information on the CBD content of Do-So-Dos. By all accounts, this strain appears to contain only a trace amount of CBD – below 1%.

Medical Benefits of the Do-Si-Dos Strain

Do-Si-Dos may have several uses for medical cannabis patients. The physical effects can be analgesic for aches and pains, whether they’re temporary (due to injury) or chronic (due to conditions like arthritis or lupus). Moreover, the anti-inflammatory properties of this strain may help numb everyday irritations like nausea and headaches.

The indica-dominant effects of this strain are reported to produce a body buzz that helps to eliminate mild pains while also improving the mood and creating lethargy. Some consumers use Do-Si-Dos to help with insomnia, while others enjoy its ability to relieve pain or anxiousness.

On the psychological side, the calming vibes of this bud can temporarily help with troubling symptoms of depression and stress.

Possible Side Effects of the Do-Si-Dos Strain

Due to the powerful effects of Do-Si-Dos, novice users should use small quantities of this bud because high doses often lead to paranoia. For this reason, Do-Si-Dos isn’t recommended for those who are prone to paranoia or panic or anyone who has a low tolerance for THC.

Also, be prepared for cottonmouth (also known as dry mouth), as well as dry/itchy eyes, which are both potential side effects of just about any and every cannabis strain.

Final Thoughts on the Do-Si-Dos Strain

The high THC levels of this strain mean that it may be too powerful for novice users. However, the high amount of the psychoactive compound also means that it may be useful for medical marijuana patients suffering from conditions like stress, anxiety, pain, and more.

Perfectly balanced, the Do-Si-Dos high is sure to appeal to both sativa and indica lovers. Smokers can expect a stoney, in-your-face buzz almost instantly, which melts down over the body, inducing deep relaxation that emanates outward.