The Ultimate Guide to Making a Homemade Cannabis Vaporizer

All you need are some household supplies…

Ever wanted to make your own marijuana vaporizer, but didn’t know it could be easily created with just a few everyday household supplies? If you want to start vaping cannabis but are on a budget, or you just want the experience of creating your own, our simple guide will walk you through making your own awesome homemade vape.

While there are plenty of excellent vapes you could purchase on the market, some people find that making their own vaporizer is a much more interactive, fun, and exciting experience, and in some cases, it can also substantially cut down on the cost of getting started.

Whatever your reason is for undertaking the task of making your very own vaporizer, our simple steps can serve as a tool to help guide you through the process.

There are various methods you can use to produce your handmade vaporizing device, but the one we will share with you is probably the most simple in our opinion, especially for those of you who are giving this your first attempt. Before we look at what materials you’ll need and how you go about making your own homemade vaporizer, let’s first look at what vaping is, for the benefit of those who are new to the subject. 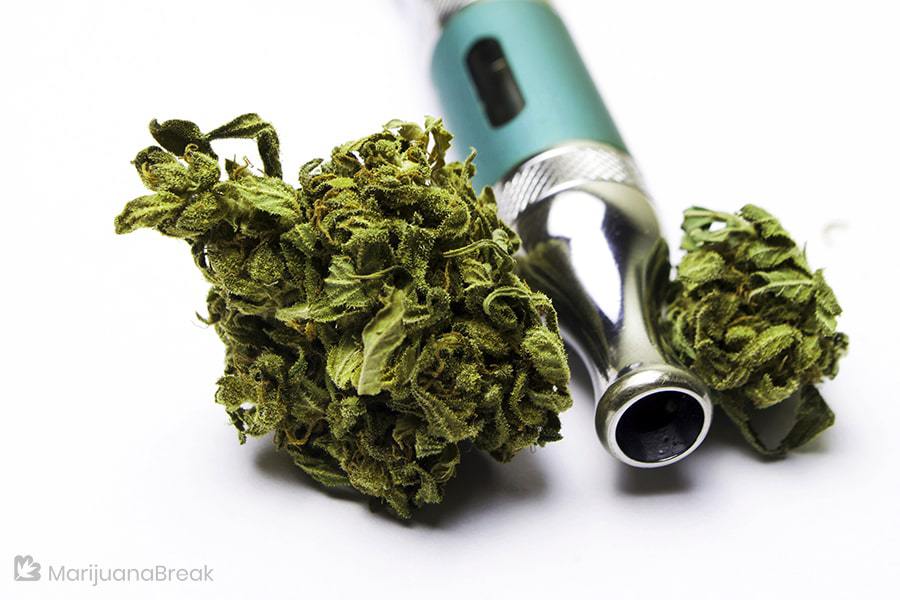 Vaping is simply an alternative method of consuming cannabis. Unlike smoking weed, where you are burning your bud, vaping involves heating cannabis either in dried herb or in an oil form to temperatures below its combustion point. This heating method produces a vapor which you then inhale.

Some of the arguments in favor of vaping as opposed to smoking are that it is a more convenient and discreet way of consuming cannabis. Vape pens, for example, are small and convenient to carry around, they fit easily in a bag, and are a great way of consuming cannabis on the go. Vape pens are simple to use; you simply press a button to activate the atomizer and inhale.

Also, the fact that you are heating rather than burning your weed means you are producing vapor rather than smoke. One of the biggest advantages vaping has over smoking weed is that you get to experience stronger flavors as well as avoiding the harmful effects of inhaling marijuana smoke.

There are, however, some drawbacks with vaping. The initial cost of purchasing your vaping device can be quite high and also the learning curve to familiarize yourself with the equipment, and vaping generally, is quite steep. There are also some concerns about the safety of vaping, too, particularly around the use of toxic substances as thinning agents to transform raw cannabis oil into a more liquid form which is suitable for vaping.

Thankfully, as you will see from this simple step-by-step guide, making your own homemade vaporizer isn’t as daunting a task as you may think. You just need to source the materials, and the rest is pretty straightforward.

How to Make a Homemade Vaporizer Using a Lightbulb 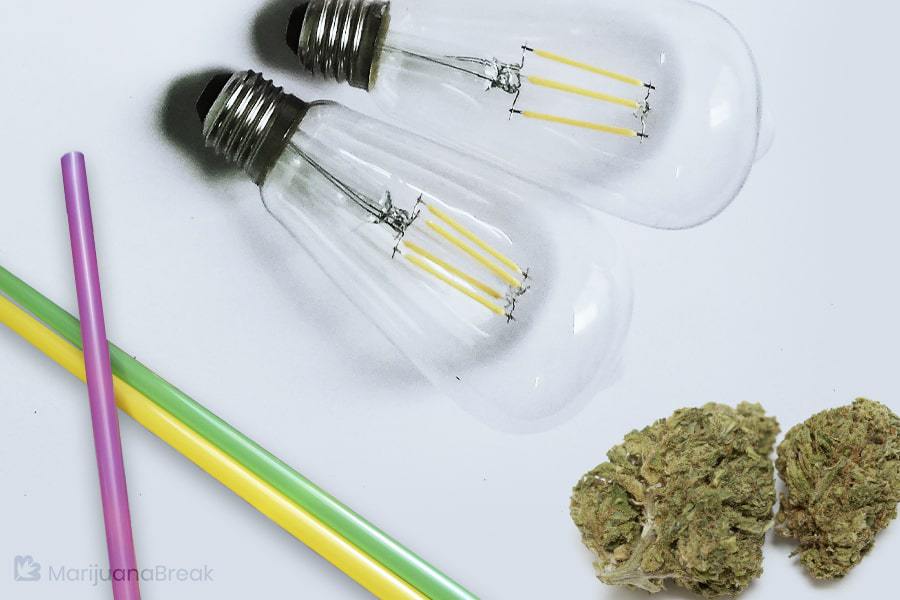 First, let’s begin with the supplies you’ll need. You’ll likely find these items around your home. If not, you can inexpensively purchase them from almost any store in your area (such as a grocery store).

So, you have all of your supplies, here’s how to go about making your own homemade vaporizer out of a lightbulb.

Step 1 – Begin by Hollowing Out the Lightbulb

Before you get started, it is a good idea to lay a couple of sheets of newspaper on the worktop or table that you will be working on. Using a piece of newspaper will make tidying up afterward easier as it will catch all the falling pieces while you are hollowing out the lightbulb.

The actual process of hollowing out a lightbulb requires a certain amount of care and precision as you obviously don’t want to break the lightbulb glass.

Start by using pliers to remove the bottom ring from the base of the lightbulb. Work your way around the edge of the ring, gripping it with the pliers and pulling and twisting until the ring comes off.

Tap the sides of the lightbulb to cause any remaining debris to fall out of the bottom onto the newspaper. You now have a hollow light bulb and are ready to move on to the next step.

Some people would simply use a corkscrew to burrow two holes in the bottle cap while others prefer to use a drill. If you choose to use a drill, select a drill bit that will create two holes that are large enough for the straws or empty pen tubes to fit through.

After you have drilled the two holes in the bottle cap, insert the two straws or pen tubes. One of these straws/pen tubes will be used for inhaling the vapor. The other will act as a carb, which will clear out the vaporizer as you inhale. It is recommended that you use duct tape or electrical tape to secure the straws/pen tubes to the bottlecap.

Voila! Your very own homemade vaporizer. All that’s left to do is try it out.

Heat the head of the lightbulb using a lighter or candle and wait for the vapor to release from the weed.

Once the vapor starts to release into the lightbulb/homemade vaporizer, gently inhale through one of the straws and enjoy.

As you can see from this easy step-by-step guide to making a homemade vaporizer using a lightbulb, it is pretty simple to make. It shouldn’t take you too long to make your vaporizer either, so you will be ready to enjoy your homemade vaporizer in no time at all.

The only thing to bear in mind is that you will need to be careful when hollowing out the lightbulb as you don’t want to break it and cut yourself with the glass. Take your time, be careful, and follow the steps in this article, and you will find making your own homemade vaporizer is a piece of cake.

PAX 3: What You Need to Know About This Vape

Top Product Overview The PAX 3 is a dual-use vaporizer that can be used with both flower or oil. The app temperature control feature makes using it a genuinely modern vaping experience. However, it is several years old and no longer at the cutting edge of vaporizer design. Warranty 10 years Heating type Conduction Battery […]