Written by Patrick Lynch, M.A.
3 min read
7 comments
Read Later
This article may contain links to some of our affiliate partners. These are brands we trust and brands we feel represent the highest quality standards. When clicking links, we may earn commissions to help support our site. Learn more by reading our full disclaimer.

Vape usage first became a thing in 2007 and it has thrived in recent times as marijuana has become legalized in dozens of states, either for recreational or medicinal use. As it is a growing industry, more information about vaping has come to light in recent years. There are suggestions that it may not be as safe as proponents claim.

However, one thing users never think about is the possibility of their vaporizer exploding. This is because explosions of this nature are extraordinarily rare. Battery University estimates that about 1 in 10 million lithium-ion batteries will explode. Nevertheless, there have been a few high-profile incidents where victims were unfortunate enough to suffer extremely painful facial burns.

It is important also to note that while a vaping device can explode in your pocket or even in its case, it is hardly ever an unfortunate freak accident. Most vape explosions are due to human error. From not following a manufacturer’s instructions to low-quality vaping equipment, explosions are easily avoided by using your common sense. In this concise guide, we show you how to take precautions with your vape device and avoid being on the wrong end of a nasty bang!

Practically every danger associated with your vaporizer revolves around vape batteries. Most vape pens are powered by lithium-ion batteries and that’s where the danger of fire comes from. Li-ion batteries are found in practically everything; from cell phones and hybrid cars right down to your camera. These batteries are significantly more powerful than the batteries found in TV remotes and other wireless devices. When you take a drag on your vaporizer, the battery acts on the heating element and turns the e-liquid into the vapor you love so much. 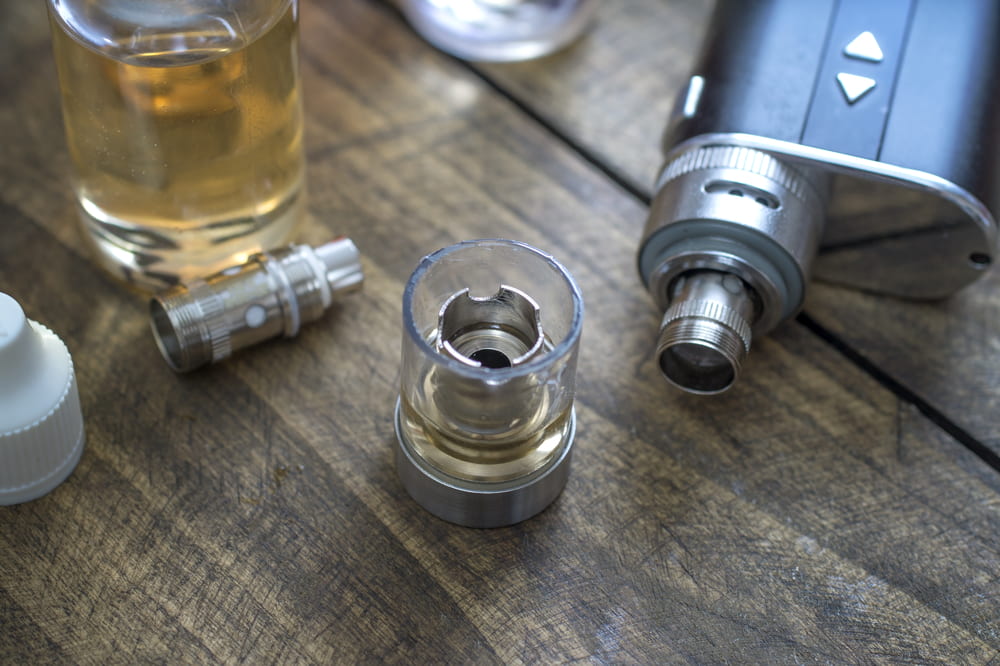 Li-ion batteries are capable of holding a strong charge and if they become overcharged, they are potentially dangerous.

When charging your vape, always explicitly follow instructions regarding charge time and the type of voltage used by the manufacturer’s charger.

The majority of vaporizers use USB charging ports and can be connected to different charging plug types, such as those used by cell phones.

It is crucial that you always use the charger your vape device came with. Remember, the charger is designed to match the charging needs and voltage rating of your vape and is typically of premium quality. If you elect to use a different charger, there is a danger that it will be of low quality and this enhances the risk of explosion.

It is a well-known fact that Li-ion batteries are a fire hazard if left in pressurized areas such as an airplane’s luggage compartment. This is why the American Federal Aviation Association prohibited the storage of e-cigarettes and spare Li-ion batteries in checked baggage in recent years. When the battery fails, its internal pressure builds to the point where the seal at its end ruptures and the pressure is rapidly released through the battery case’s sealed end.

If you have an advanced vape device with variable settings which enable you to alter the resistance, voltage, and current, you need to familiarize yourself with Ohm’s law to reduce the risk of explosion. It is especially important when using a resistance of under 1 ohm. Generally speaking, Ohm’s law determines the voltage, current, and resistance in any circuit and its formula is:

It’s important to understand Ohm’s law when using advanced equipment or risk disaster. For instance, when you buy a new battery with a maximum capacity of 70 ohms, don’t use it at that level just because the device is supposed to be capable of it. This knowledge is even more crucial if you build your own coils.

If you elect to go down the DIY coils route, we recommend investing in an ohmmeter as it tells you the resistance of the coils on your device’s atomizer. Remember, when you mistakenly push a battery beyond its limit, hot chemicals can leave under intense pressure and cause the battery to explode.

Even if you don’t intend to purchase an advanced vaporizer, it is crucial to follow safe charging rules. Here are five ways to prevent vaporizers exploding, all of these tips are extremely easy to follow. 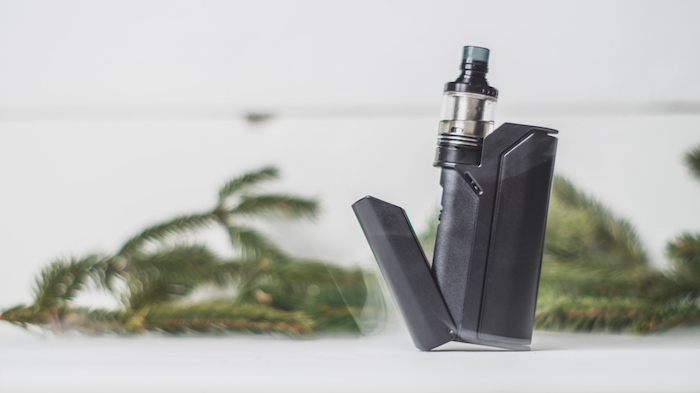 1 – Never Charge Your Vaporizer While You Sleep

Data from FEMA suggests that up to 80% of vape explosions occur when the device is charging. If you charge your vape at night and fall asleep, you run the risk of allowing it to charge for several hours longer than necessary. This increases the chances of an overheated battery catching on fire.

If the manufacturer says the device takes two hours to fully charge from a dead battery, that is the longest you should charge it for. Once again, excessive charging does nothing except damage the battery and increase the risk of a fire or explosion.

3 – Only Use the Original Charger That Came with the Device

It is hardly a surprise to learn that most vape device explosions come as a result of using an incorrect charger with the wrong voltage.

Vaporizer chargers are specifically designed to be plugged directly into a wall outlet. This means no plugging it into computers or USB capable devices like your television.

5 – Store Your Vaporizer Safely & Away from The Sun

When you expose your device to the sun, it also exposes the battery to excessive heat. As vaporizers are electronic devices, they are easily damaged by water. In fact, water damage can cause the sparks that lead to a fire. Make sure you store your device in a cool and dry place when not in use and clean it thoroughly between charging sessions.

We should also add in the fact that purchasing premium-quality vaporizers is a must. Devices made in the United States and in European nations such as Germany must adhere to strict production standards. Devices from places like China are made without such safety measures and are at much greater risk of malfunction.

Believe it or not, the weather is one of the reasons why there is the occasional exploding vape!

Experts are adamant that Li-ion batteries are at their safest when kept between temperatures of 50 and 115 degrees Fahrenheit. Extreme heat or extreme cold is capable of damaging lithium-ion batteries.

You could literally be playing with fire if purchasing a cheap vape battery. Low-grade batteries suffer significant damage when exposed to temperature extremes and are a genuine fire hazard. When you invest in a premium quality vape pen and batteries, you reduce this risk exponentially. 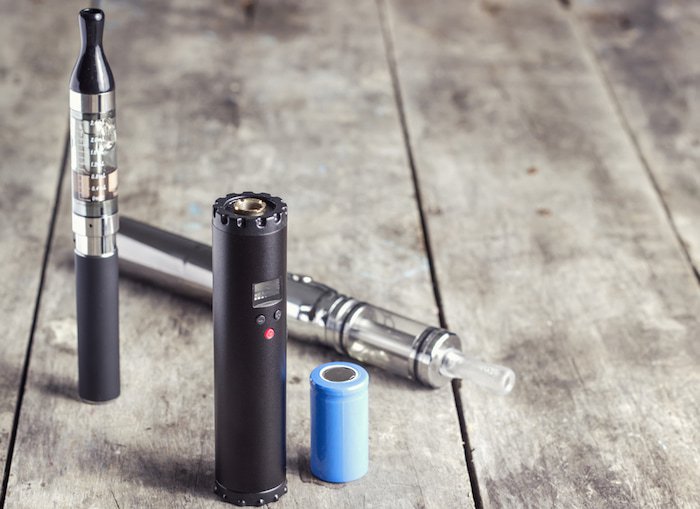 While it should go without saying that you must only buy quality vapes, even top-notch Li-ion batteries are in danger if you lose your battery cover. In January 2016, Garrett Preston lost his battery cover and as a result, his vape mod exploded in his pocket. The result was painful burns to the leg, knee, and stomach. Preston believes that his keys touched the batteries on the mod and ignited a fire. There is little chance that the incident could have been prevented if the vape device’s cover was on.

The answer to the question “why do vapes explode?” seems to be human error for the most part. Manufacturing errors only come into play when you buy cheap vapes and batteries. We recommend looking through our list of reviews to find suppliers you can trust. When e-cigarettes explode, the damage is typically localized. However, in around one-third of cases, an exploding vape pen, and the fire it caused, resulted in significant damage to the room, vehicle or home where the device was stored.

There have been exceedingly rare cases of severe injury and one tragic accident in Scotland claimed the life of a man. If your battery overheats and there is a danger of explosion, move the device away from all flammable objects and put it on a hard and non-combustible surface. If possible, remove the battery and allow it to burn outdoors.

The growing number of vapers in the United States means that incidents involving explosions and fires are likely to increase. You can avoid this fate by following basic storage and charging instructions. Despite the rare accident or two, vaping is still far safer than traditional cigarettes which cause nearly half a million deaths and 7,500 residential fires per year. 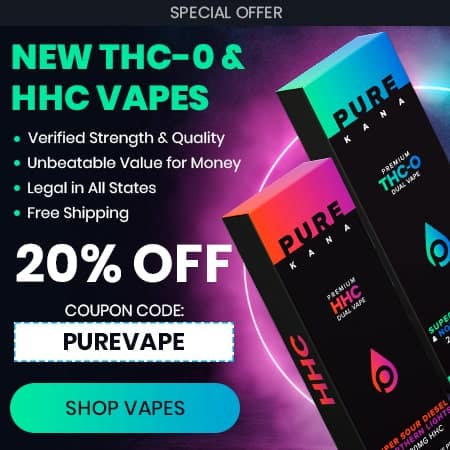 The 7 Best Conduction and Convection Vapes of 2022