Marijuana is legal recreationally in over one-third of states. It is legal medicinally over two-thirds of states. However, it remains illegal in several locations and is also prohibited by the federal government.

As a result of this ‘green rush’ in legalization, the legal field has added a new specialty: The ‘marijuana attorney.’ Even so, larger law firms are proving resistant to the change, with many refusing to provide services to prospective clients. This is because cannabis remains a Schedule I drug as per the Controlled Substances Act of 1970.

Hundreds of thousands of people are arrested and charged with a crime relating to cannabis each year. Depending on the state and the nature of the charge, defendants could face jail time or at least a conviction that goes on their permanent record. They need legal assistance to help them get the best possible outcome.

In this article, we will provide you with the names of prominent and reliable marijuana attorneys in the following fields of practice:

What to Look for in a Marijuana Lawyer

Whisper it quietly, but the legal field is rife with people more interested in taking your cash than helping you win. Marijuana law is constantly changing. Only someone who has taken it on as an area of specialization is likely to fulfill your needs. A typical law firm is unlikely to represent your best interests.

Relationships with regulators are almost as important as knowledge of the regulations.

If you have a little knowledge of cannabis law, quiz the prospective attorney. If they are unable to build upon what you just said, steer clear. How can they defend you if they know only as much, or even less than you do about marijuana law? It would also help if you found someone with a good base in criminal and/or business law.

As there are still numerous states where it is illegal to consume marijuana medicinally, getting caught in possession can carry a severe punishment. In Alabama, for example, first-time personal use is a misdemeanor punishable by up to a year in prison. Possession in the Second Degree is classified as a Class C felony, which is punishable with up to 10 years in prison!

In Texas, possession of fewer than two ounces could land you in jail for 180 days. Texas law is also very strict on concentrates. Possession of under one gram is a felony if convicted, with a punishment of up to two years in prison.

In Arkansas, you are allowed a certain amount of cannabis with a Medical Marijuana (MMJ) Card. However, if you are caught in possession of under four ounces, you could get up to a year in prison. Second-time offenders could spend up to six years in prison.

As a result, you need to find a reputable marijuana attorney specializing in helping clients arrested on possession charges. Riley & Wells in Virginia is one example.

The stakes are much higher if you’re arrested on a cultivation charge. Not every state that has legalized marijuana allows you to grow it at home. In Louisiana, for example, medical marijuana is legal, but we can’t say the same for cultivation. The state’s penalties for growing marijuana are the same as for selling. For example, a first-time offender could receive fines of up to $50,000 along with anywhere from 5 to 30 years in prison!

Find out if a grower’s licen…

In Texas, cultivation is punished based on the aggregate weight of the plants found. It is an offense where the sentence is along the lines of what you would receive for possession. Let’s say you grow five plants, and they produce an average of 18 ounces each. Your total of 90 ounces is over the five-pound limit, where the penalty goes from 2 years in prison to 10 years!

In Louisiana, look for Dylan T. Heard of Mueller, Merritt & Heard, or Robert Stephen Toale. MJ Business Attorneys is another important weed law firm as it is licensed in 15 U.S. states at the time of writing.

This is unquestionably one of the trickiest specializations because of the ever-changing laws. In the states where medicinal marijuana is legal, there are limits to how much you can grow and possess. Most states also have a specific list of qualifying conditions. In Arkansas, for example; the following medical conditions could result in you legally acquiring an MMJ card:

Unfortunately, there are countless cases where patients are wrongfully charged for offenses relating to medical marijuana. This includes possession, cultivation, consumption, driving under the influence, privacy issues, property rights, and civil forfeiture. If your medical marijuana rights are violated, you need to contact a law firm such as McAllister Garfield, P.C. It has offices in California and Colorado, among other locations. 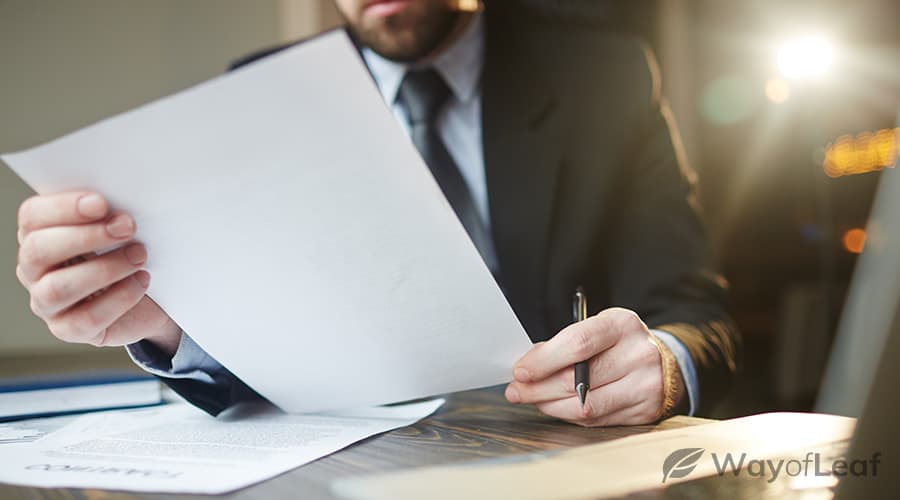 The issue of primary caregiver is also a complicated one. In Colorado, for example, Amendment 20 authorized caregivers to provide medical marijuana to patients with qualifying medical conditions. As caregivers are strictly regulated on a local and state level, they are often incorrectly targeted by law enforcement.

If you are in this position, you need to contact a licensed marijuana attorney as they will provide you with a detailed consultation on all aspects of legal compliance.

Dispensaries have to obtain licenses, set up proper business structures, and connect with local and state officials.

Even in states where it is legal for licensed dispensaries to sell marijuana, these businesses face a complicated legal framework. They have to obtain licenses, set up proper business structures, and connect with local and state officials. Attorneys such as Ariel Clark of Clark Neubert LLP in California and Wing Parisi in Sacramento can help dispensaries navigate the complexities of marijuana law.

Before we provide you with a list of marijuana lawyers in every state, we would like to highlight the importance of educating yourself in cannabis law. Whether you are consuming it recreationally or medicinally or growing it at home, you must learn more about your state laws before you get into trouble.

There is a variety of online courses worth considering if you wish to expand your knowledge. These include:

Without further ado, here are some marijuana attorneys to consider according to the state where you live.

Related article
Is CBD Legal in All States? [2023 Updated Explanation]

The answer isn't that simple..…