Medically reviewed by Lynn Marie Morski, MD, Esq.
Written by Natalie Saunders, B.A., LicAc
4 min
0 comments
Read Later
The following is for informational purposes only. WayofLeaf does NOT advocate the illegal sale, use, or possession of any psychedelics. Be sure to research, understand, and follow all laws and regulations relating to the use and possession of psychedelics in the state or region you live.

Psychedelic drugs have become hugely popular in recent years. Many people enjoy using them recreationally, and their therapeutic potential is becoming increasingly well-known.

Research suggests psychedelics could help with a broad range of medical conditions that are otherwise challenging to treat. Furthermore, they carry a relatively low risk of side effects.

However, while some of these substances are incredibly well-publicized, others remain relatively obscure. So, what are the different types of psychedelic drugs, and how do they differ? Let’s take a closer look.

Psychedelic Drugs: What Are They? 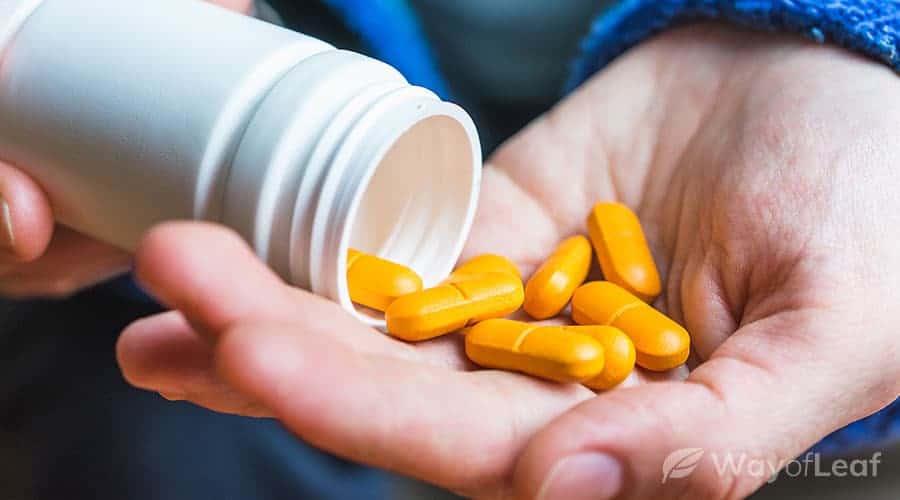 Many people associate them with hallucinogenic drugs, such as magic mushrooms and LSD. However, some people also classify MDMA, ketamine, and even cannabis, as psychedelics.

Let’s take a look at some examples.

Below is an alphabetical list of a number of psychedelic drugs, including some well-known and some more unusual examples. We will discuss several of the most common substances in detail later in the article.

LSD is short for lysergic acid diethylamide, sometimes simply known as acid. It is perhaps the most infamous of all psychedelic drugs and is also among the most potent.

It is a semi-synthetic substance that derives from ergot, a type of fungus. The Swiss chemist Albert Hoffman first created the drug in 1938. However, he did not discover its psychoactive properties until 1943.

Following this, a slew of research studies emerged during the 1950s and 60s. The drug showed promise for treating depression, anxiety, and addiction. It also helped scientists to gain a better understanding of the human brain. LSD was even allegedly involved in CIA experiments, including attempts at mind control.

LSD was even allegedly involved in CIA experiments, including attempts at mind control.

In 1970, the Controlled Substances Act outlawed psychedelics, mainly in response to their growing popularity as recreational drugs. Research ground to a halt, although many users continued to source LSD on the black market.

The most common way of taking LSD is as a liquid dropped onto squares of paper known as tabs. Its effects, known as a trip, include sensory distortion, euphoria, and a sense of increased connection or spirituality. Each trip can last up to 12 hours, making for an intense experience.

DMT belongs to the same class of psychedelics as LSD, magic mushrooms, and mescaline. They are collectively known as the classical hallucinogens. All of these drugs work similarly by binding with serotonin receptors in the brain. However, DMT is unique in that its effects are extremely short-lived.

This is because many different plants and animals naturally produce DMT, including humans. Therefore, our bodies can break it down very efficiently. For this reason, many people blend DMT with other plants to prolong its effects. One example is the famous Amazonian ayahuasca brew.

People consume ayahuasca by drinking it, and the effects last for several hours. However, the most common way to consume pure DMT is by smoking or vaping, whereby the effects only last 15–20 minutes.

Its effects are extremely potent and include kaleidoscopic images and a sense of detachment. Many DMT users describe spiritual or mystical experiences, leading to the drug’s nickname ‘The Spirit Molecule.’

Another classical hallucinogen, psilocybin, is now among the best-studied psychedelics. Recent research suggests it could help with depression, anxiety disorders, obsessive-compulsive disorder (OCD), and addiction.

As the active component of hallucinogenic mushrooms, humans have used psilocybin for thousands of years. It is present in around 180 species of fungus that grow across the world. People tend to either eat raw or dried mushrooms or make them into tea.

The effects are somewhat similar to LSD, although they are less intense and do not last as long. A mushroom trip usually lasts approximately 4–6 hours, peaking within the first 1–2.

The final classical hallucinogen, mescaline, is the active chemical in several species of psychedelic cactus. The best-known examples are peyote and San Pedro. These plants are native to Central America, and indigenous people have used them ritualistically for centuries. The whole cacti are typically chewed or brewed into tea.

Mescaline’s claim to fame is that it was the first natural psychedelic to be isolated in a lab.

Mescaline’s claim to fame is that it was the first natural psychedelic to be isolated in a lab. The German chemist Arthur Heffter achieved this feat way back in 1896. Scientists have not researched it as thoroughly as other psychedelics, but some evidence suggests it may counter alcoholism.

Although it produces similar effects to the other classical hallucinogens, mescaline has never gained the same popularity. One theory as to why is that, although its effects are long-lasting, they are not particularly strong. For example, the substance is 1000–3000 times weaker than LSD and 30 times weaker than psilocybin.

The drug can also cause extreme nausea and vomiting after ingestion. However, many people view this as a purging process and an integral part of the experience.

Ecstasy is the street name for 3,4-methylenedioxymethamphetamine or MDMA. Chemists first synthesized the drug in 1912, although they did not recognize its psychoactive properties until much later. By 1976, psychotherapists were using it as an adjunct to their treatments as it helped to induce a sense of trust and openness. 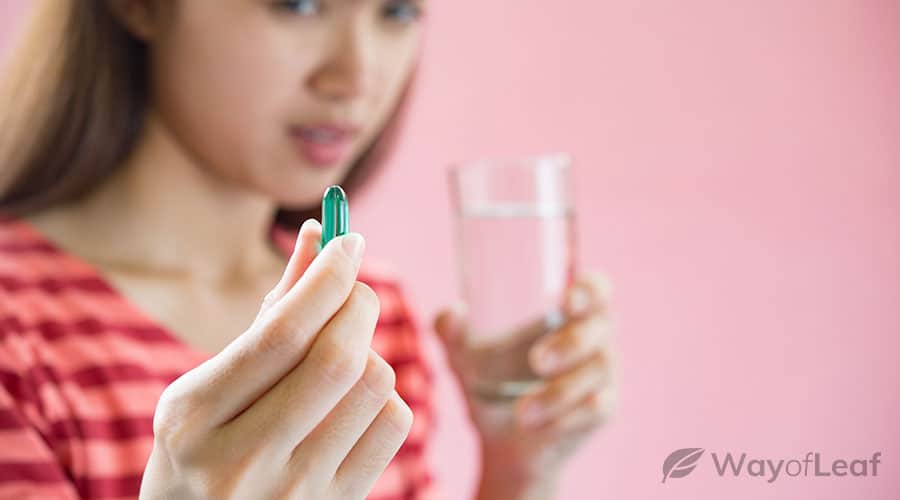 For a while, the drug was showing great promise in this setting. However, as people began using it recreationally, fears about MDMA’s safety began to emerge. Known as a ‘party drug,’ people who took it were prone to exhaustion, overheating, and dehydration due to prolonged dancing. In 1985, it became a Schedule I Controlled Substance.

Despite this, MDMA research has continued. In fact, the Food and Drug Administration has now designated it a Breakthrough Therapy for post-traumatic stress disorder (PTSD), and Phase 3 trials are underway.

Psychedelics are a fascinating class of drugs with a checkered history. There are so many different types that we couldn’t discuss them all in one article. However, we have much more information in the psychedelics section here at WayofLeaf.

Please note, these substances are currently illegal in most circumstances, although there are a few exceptions to the rule. We urge our readers to familiarize themselves with their local regulations to avoid running afoul of the law.