Everyone likes cannabis strains for their own reasons. Some people seek out the strongest, most THC-rich strains possible, whereas others look for weaker strains more catered toward CBD and hybrid effects.

However, the most adventurous among us hunt for psychedelic strains. The long-lasting, trippy, and ultimately mind-expanding qualities of psychedelic cannabis highs are sometimes a bit tricky to track down but are most definitely worth it. It can feel pretty impossible actually to find them, though.

To help you in your search, here is a list of the five best cannabis strains that present psychedelic effects.

What Exactly Are Psychedelic Effects?

Everyone knows about the concept of psychedelic effects, both in cannabis and in other, more potent narcotics. But do they actually understand it?

Psychedelic drugs are actually quite a broad category, including all manner of different substances. True psychedelic drugs include things like LSD, psilocybin (magic mushrooms), and mescaline. Generally speaking, it refers to triggering a non-ordinary state of consciousness thanks to the interaction with the 2A serotonin receptor.

While the specific definitions are undoubtedly different from person to person, psychedelic reactions tend to be similar. You can expect some kind of altered conscious state, whether through physical distortion or spectrum imaginations.

This means suddenly finding that your physical surroundings shift or alter before your eyes, typically distorting and accompanied by colors and lights. The drug in question will trigger receptors in your brain, causing you to experience all of these feelings, sometimes at once.

If you ever enjoyed classical psychedelic music or art from the ’60s and ’70s, you might get an idea of what to expect.

When it comes to cannabis, however, it’s a little bit different. Cannabinoids don’t trigger these reactions properly. Instead, it requires a unique blend of different cannabinoids, high THC concentrations, and terpenes to simulate this feeling of psychedelia.

It isn’t any less valid a sensation when compared to things like LSD, but it is still fundamentally different. Most of the time, psychedelic cannabis strains tend to be especially abundant in THC and come from a long line of carefully selected breeding programs.

So, expect to find a lot of hybrids and heavy indicas on this list.

This strain has been developed and bred for decades now, producing its own unique line of tasty and psychedelic strains with all kinds of glorious names and effects. 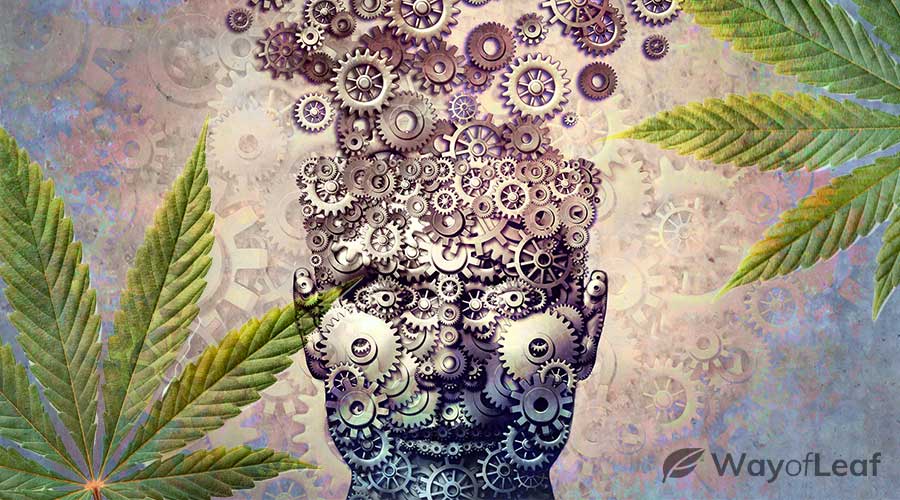 This strain might have been around forever, but it has only gotten stronger. The longer it has been around, the more THC growers have bred into it. So much so that Amnesia Haze is easily twice as strong as it used to be decades ago.

After smoking some of this bud, expect to find an odd flash that fills you with incredible euphoria and a massive rush of pleasant energy.

It is this energy that gives it a familiar psychedelic feeling. You won’t see trippy colors, but you will feel as though your entire worldview has suddenly shifted and altered without you realizing it.

It manages to not be too overwhelming, but still provides plenty of that beautiful psychedelic effect that you are looking for.

If you asked a considerable number of different people what their quintessential image was of a stoner from the 1970s, they would likely tell you about hippies wearing headbands. Headbands are practically necessary equipment for stoners, primarily due to their association with taking psychedelic substances. The Headband strain is an excellent example of this feeling, giving you tons of psychedelic sensations.

Once again, it comes from OG Kush, crossed with another classic strain, Sour Diesel. This is a nearly balanced hybrid strain, combining different sativa and indica flavors and effects. Boasting a crazy amount of THC, usually 27% or so. It also offers up a crazy amount of trippy feelings. 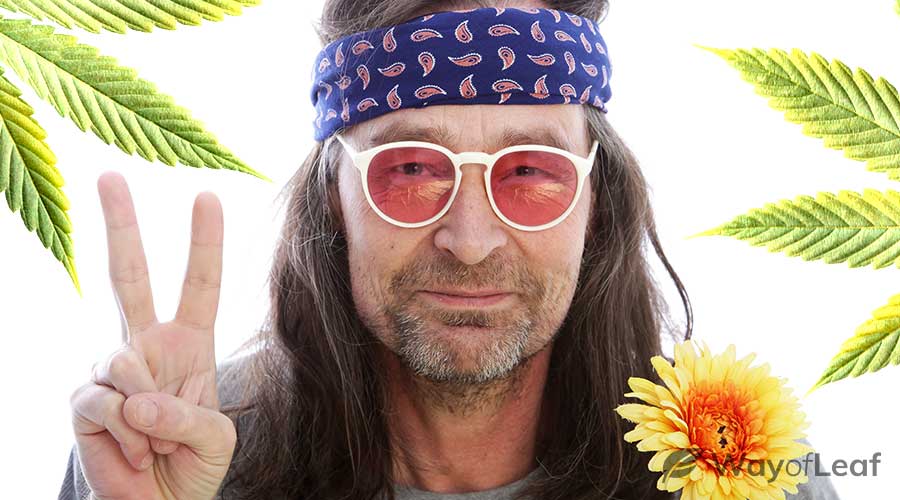 What’s more, Headband’s high is a very slow thing, taking hold exceptionally slowly, almost sneakily. This means that Headband’s psychedelic effects take a long time to sink in. In fact, some people find themselves thinking that their Headband hasn’t actually worked. So, they end up taking more and then wind up with way more than they can handle.

Thankfully, the intense psychedelic sensations are nicely balanced with the sativa elements of its parentage, helping to make it a bit more manageable. You can notice visual distortions at the edges of your vision. It isn’t scary, though, so you don’t have to worry about feelings of paranoia or panic.

Instead, it is just a great visual rush that keeps going and going, as long as you give it the time it needs to really start working.

Since you are looking for psychedelic effects from cannabis strains, it makes sense to go for strains named after the quintessential drugs associated with psychedelia.

The LSD strain is a near perfectly balanced hybrid that gives you all the psychedelic effects that you could want. These dense, vividly colored buds give you a great estimation of what delights await you just from their appearance alone.

They are particularly skunky, with a lot of additional spiciness and earthiness as well, giving it an all-round fantastic taste and aroma. 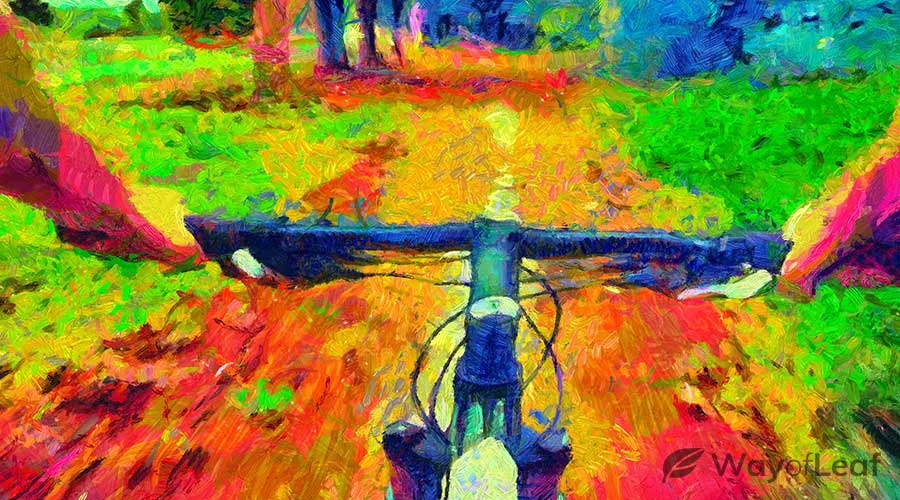 LSD is, of course, not hallucinogenic, assuming you are still talking about the cannabis strain. It offers a potent concentration of THC that is sure to stimulate your brain so much that it can’t help but react psychedelically.

The LSD strain is famous for inspiring bursts of creativity and intense cerebral activity, leaving you able to craft beautiful works of art. Of course, you could also just sit there, lie back, and enjoy the transcendent high that this strain gives you.

While LSD is a typically balanced strain, it does tend towards the indica side of things at the end of the high. Irritatingly, the indica-like effects of sleepiness and heavy headedness also overlap with the psychedelic effects. This can actually induce a little bit of fear if you don’t expect it, as feeling sleepy at the same time is a weird experience, to say the least.

However, some people actually enjoy LSD specifically for that sensation, because it is exceptionally rare. While frightening for some, it is actually the main reason that so many others smoke it to begin with.

As long as you know exactly what to expect when you smoke your LSD, you can look forward to a bright and intense psychedelic experience.

Pretty much every single cannabis strain on this list comes with more THC than you could possibly imagine. This is because, most of the time, psychedelic effects only come about once you have a large concentration of THC in your bud.

Durban Poison is a strain that defies this universal constant, offering up only around 9% THC. However, despite this low THC quantity, Durban Poison is incredibly effective at providing psychedelic effects.

A pure sativa strain imported from South Africa, Durban Poison has a beautiful flavor that makes it worth it on its own. A bit like licorice, and also a bit like sour cherries, the strange thing about this strain’s flavor is that it tastes like what psychedelic effects feel like. Slightly disorientating and a little bit spicy, yet still endlessly enjoyable. 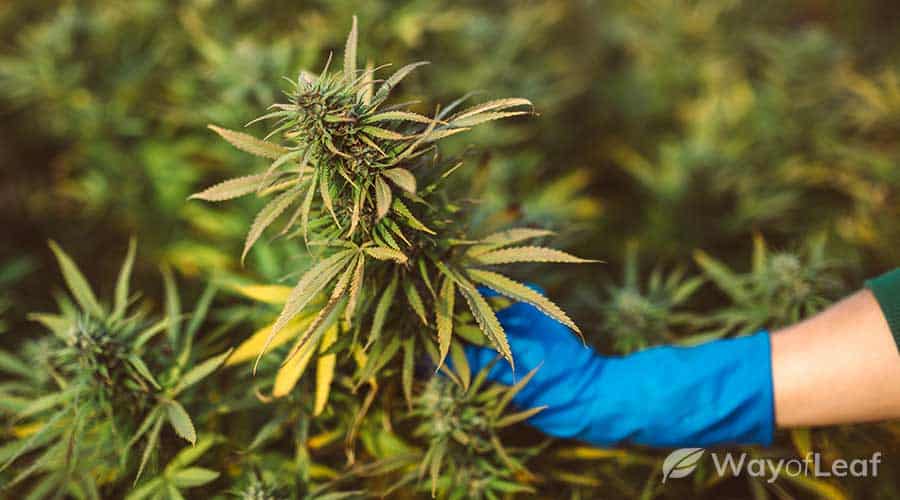 The high is immediately blissful, giving you all of those smiley, euphoric sensations that you want from a sativa-dominant strain. The lower THC content is really only noticeable when you think about how much it takes to get appropriately high. You can easily smoke a decent amount of this strain without feeling your mind shattering before you.

However, assuming you do take a decent amount of it, you will begin to notice its psychedelic effects pretty quickly. Expect an adequate quantity of transcendent visual hallucinations, with colors and moving visuals taking up your eye line. Some users also report a fair amount of auditory hallucinations, which some kind find a little bit scary.

However, Durban Poison is a fundamentally uplifting and happy strain, giving you plenty of helpful mood boosts. Smoke as much of this bud as you want to experience some really fantastic psychedelic effects that seem to go on and on.

The Haze family of cannabis strains is well known for its psychedelic effects; in fact, most people would assume that only Haze strains can offer such a result. Lemon Power Haze seeks to bring back the fallen legacy of the Haze family, inducing potent cerebral effects that are almost immediate.

This strain is a sativa-leaning hybrid, but its effects are in a category of its own. There is a gigantic amount of pleasant happiness and euphoria, as well as a sense of uplifting emotion.

Once you smoke the right amount of Lemon Power Haze, you cannot help but feel like the world is okay; everything is going to be okay. It has an energizing quality, as well as giving you a brilliant mental kick to get you going. 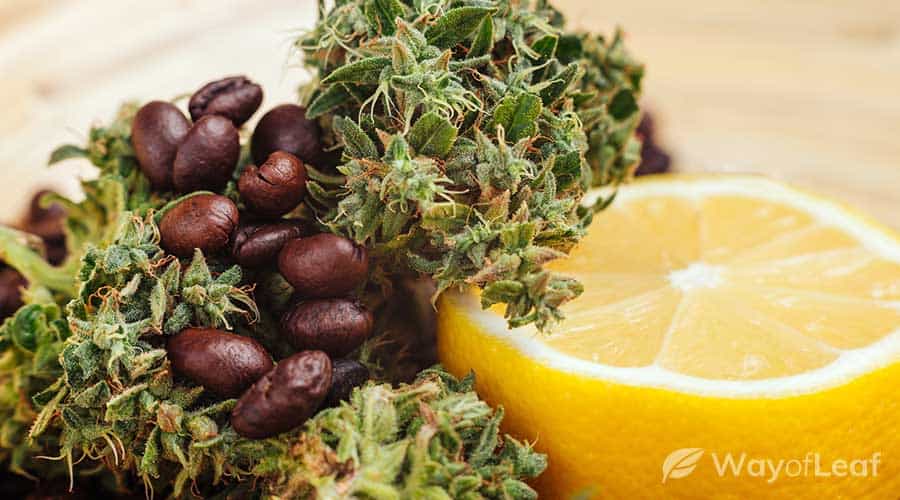 You can enjoy Lemon Power Haze while on the go, assuming you manage to control precisely how much you are smoking. After a few hours of smoking a decent amount, however, the effects really set in, and you know you are in for a good time.

The indica feelings start to emerge, giving your entire body a deep, almost sonorous wave of calm and peacefulness. This is usually accompanied by a fair amount of psychedelic trippiness, such as visual stimulation and wild imaginings.

Expect to find this strain taking hold of your mental awareness, and utterly obliterating it. It isn’t painful or unpleasant, however. This lemon-flavored treat will simply blow your mind, primarily because of the confusing mix of feelings it gives you.

Relaxed and happy, yet mentally stimulated and psychedelic at the same time; it’s enough to give anyone a dizzy head. Of all the strains on this list, it is Lemon Power Haze that has the ability to baffle you at the same time as utterly delighting you.

Final Thoughts on the 5 Best Cannabis Strains with Psychedelic Effects

Finding cannabis strains with psychedelic effects is a bit of a chore, mainly because most cannabis users aren’t looking for it these days. Cannabis users in the contemporary cannabis scene are looking for more proactive, life-affirming strains that they can use during the day and still go to work afterward.

However, for those old school cannabis lovers among us, there is simply nothing like an excellent psychedelic strain.

Whether you are hoping to receive blasts from the past in the form of visual memory hallucinations, or you just want to see the paint on your walls shift and morph, psychedelic effects are what you want.

Keep an eye out for these strains at dispensaries, and see if you can experience a classic psychedelic experience yourself. If you aren’t used to it, it is almost too much to handle. But, if you know what to expect, it is absolutely out of this world.

5 Best and Most Exotic Cannabis Strains for 2021