Psychedelics such as psilocybin, MDMA, and others have been linked with improved medical outcomes for certain mental health conditions. And while some American cities, and the state of Oregon, have decriminalized the use of psilocybin and other psychedelics, they remain federally illegal for sale, use, or possession in the United States.

A General Overview of How to Join a Clinical Trial

Each clinical trial has inclusion and exclusion criteria. For instance, a study may only accept volunteers above or below a certain age range. It may exclude individuals with certain existing medical conditions.

There is a drive to broaden the eligibility criteria of clinical trials to make them more representative. Overly rigid criteria could reduce the accuracy of results and restrict patient access to potentially useful drugs.

As far as finding an active/ongoing clinical trial, the best source to browse is the U.S. National Library of Medicine’s global database, which, as of the time of writing, had identified over 370,000 active studies. On the left-hand side of the page, there are filters to help narrow down the search. Click on ‘Recruiting’ and ‘Apply.’ This process narrows down the list based on specific studies you may want to be involved in.

After finding a clinical trial of interest, the next step is to contact the study coordinator or someone connected to the trial. They will set up a screening appointment to ensure the applicant qualifies. At this stage, volunteers are encouraged to ask questions about the study. They should also let their physicians know about the trial. 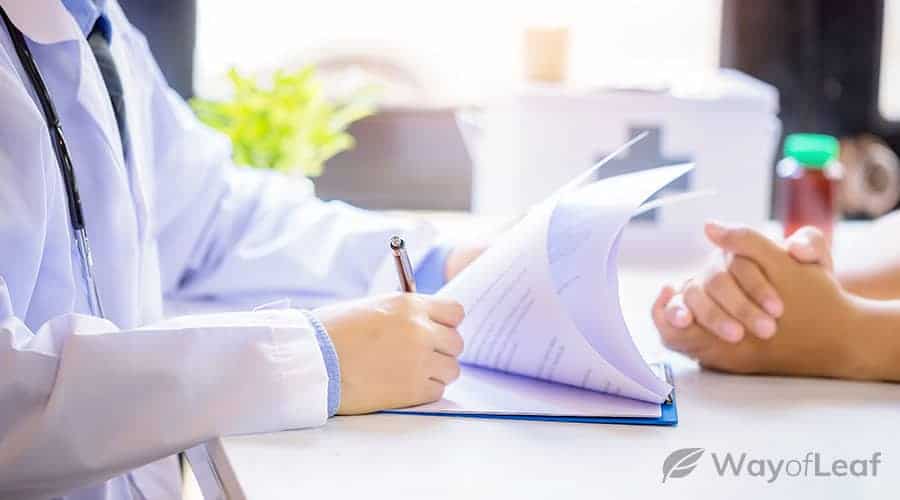 Here is the process once someone agrees to join:

Why Participate in a Psychedelics Clinical Trial?

There are several benefits associated with involvement in psychedelics clinical trials. Individuals with certain treatment-resistant conditions may find relief with one of the psychedelic medicines that they couldn’t find before. And most often, this is a way that patients can get to use psychedelics legally that they may not have access to otherwise.

Let’s see how someone can get involved in a psychedelics clinical trial for one of five different drugs. In all cases, you can get in touch with the entities mentioned above. Alternatively, visit clinicaltrials.gov and enter the psychedelic drug of choice in the search bar.

How to Embark on Ketamine Clinical Trials

There are several hundred ketamine trials available at present, most of which are included on the clinicaltrials.gov database. However, fewer than 200 ketamine clinical trials were looking to recruit at the time of writing.

That being said, there is an ongoing rise in interest regarding ketamine for depression clinical trials. This is down to research that has already identified the efficacy of the drug in reducing depressive symptoms.

A study published in the Indian Journal of Psychiatry in 2019 looked at how ketamine could help with this condition. The researchers gave the drug to 25 males with severe depression. The result was a significant improvement in anxiety, depression, and severity of illness two weeks and a month after receiving the last dose of ketamine.

Getting Involved in LSD Clinical Trials

Lysergic acid diethylamide, better known as LSD or acid, is a famous hallucinogenic drug. Research to date suggests it is capable of helping patients with depression, anxiety, and addiction.

A review of studies published in Frontiers in Psychiatry in January 2020 looked at the therapeutic use of LSD in psychiatry. The researchers suggested that LSD’s strongest use is potentially for the treatment of alcoholism.

Researchers suggested that LSD’s strongest use is potentially for the treatment of alcoholism.

There are significantly fewer LSD trials than ketamine trials. They number in the dozens rather than the hundreds. Also, relatively few take place in the United States. Research centers in Switzerland and Germany are recruiting for several LSD clinical trials.

Can I Participate in MDMA Clinical Trials?

One of the most common reasons to engage in an MDMA clinical trial is to see if it combats post-traumatic stress disorder (PTSD). MDMA’s full name is 3,4-methylenedioxy-methamphetamine. It is a synthetic drug that alters the perception and mood of the user.

A study published in the Annals of General Psychiatry in 2020 looked at MDMA-assisted psychotherapy for people diagnosed with treatment-resistant PTSD. It concluded that the drug could help people with psychological trauma, particularly when existing treatments have proven ineffective. It also suggested that more research was needed.

Related article
What Is Microdosing Mushrooms – And What Does It Do?

The Multidisciplinary Association for Psychedelic Studies, otherwise known as MAPS, is one of the best options for those interested in MDMA trials. It acts as a clinical trial sponsor to obtain approval for the prescription use of MDMA to treat PTSD. It conducts its trials under the guidance and regulations of the FDA.

MAPS outlines its MDMA-Assisted Psychotherapy Study Protocols on its website. It plans to ensure the drug is used for PTSD with FDA-approval by 2023. Interested parties can view clinical trials and apply.

What About Psilocybin Clinical Trials?

Psilocybin trials are more prevalent than other drugs on this list. It is one of the most well-tolerated psychedelic drugs, though it is legal in very few places. One of the main facets of psilocybin research is to determine its efficacy for depression.

One of the main facets of psilocybin research is to determine its efficacy for depression.

Results from a randomized clinical trial were published in JAMA Psychiatry in November 2020. The study looked at the effects of psilocybin-assisted therapy on major depressive disorder. Researchers found that a treatment featuring psilocybin was more four times more effective than typical antidepressant medications.

Ibogaine is a naturally-occurring intoxicating substance found in certain plant families. An ibogaine clinical trial may look at the drug’s use in helping with opioid use disorder or drug addiction.

A study published in Frontiers in Pharmacology in 2018 looked at ibogaine as a means of helping with opioid and cocaine withdrawals. It found that the drug could help opioid-dependent patients transition to sobriety.

As a result, the level of research relating to ibogaine has ramped up in recent times. It is likely a response to the opioid epidemic, which claims tens of thousands of lives annually.

How Do Clinical Trials Work?

Psychedelics clinical trials work the same as for any other substance. They advance through four phases and collect data to evaluate the efficacy and safety of drugs. 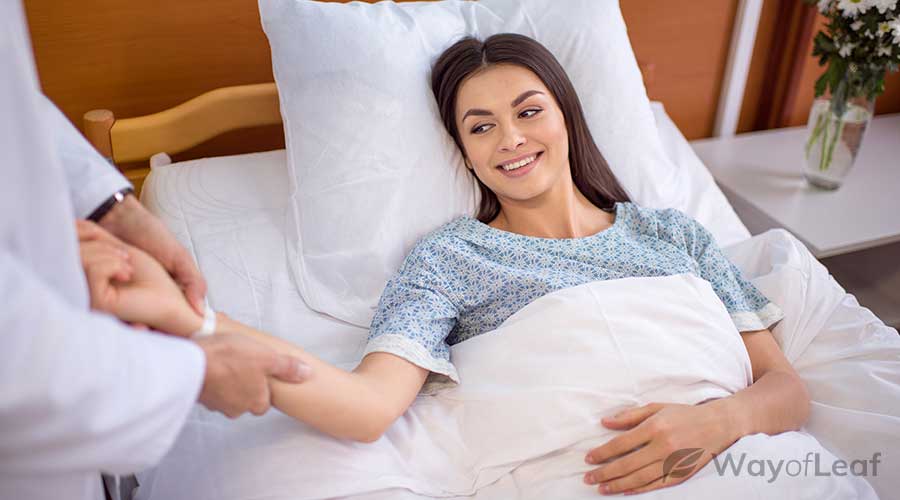 Initially, a new substance goes through various tests in human cells or animals to get preliminary data on safety and effectiveness. After an initial review, the FDA can approve and allow a research team to go through the first phase. Here is what each of the four phases of a clinical trial consists of:

Things to note before participating in clinical trials

Here is what participants can expect:

Questions to Ask Before Participating in a Psychedelic Clinical Trial

Potential volunteers in clinical trials should ask numerous questions before proceeding. This is especially the case when psychedelic drugs are involved. Here is a sample of the questions one should ask:

Before a possible new treatment reaches patients, detailed clinical trials are necessary. Each drug or device must go through four distinct phases. It is a long and costly process that lasts up to seven years on average. The cost of researching and developing a successful drug can exceed $2.6 billion. But participation in a clinical trial can not only help foster the development of a much-needed medicine, it can also provide access to treatments that may otherwise be out of legal reach.