The cannabis and cryptocurrency arenas have both enjoyed huge surges and endured massive dips. It is no secret that the marijuana industry has been hampered over the years. A significant issue is the relative unwillingness of financial institutions to deal with cannabis merchants.

However, new cryptocurrencies could finally allow the cannabis industry to reach its true financial level. And of course, cryptocurrency would benefit massively from a ‘collaboration’ as well. After all, the cannabis market would provide an incredibly reliable and steady stream of customers.

Savvy companies have seen this coming for a while, and have created digital currencies specifically for the weed market. We originally outlined five crypto cannabis coins that carried a lot of hype in January 2018. However, the crypto space is incredibly volatile, with hundreds of ‘coins’ available. Probably 99% of these digital currencies will ultimately fail.

Bitcoin remains the most important and valuable option. When we originally wrote about crypto cannabis coins in January 2018, Bitcoin was on the slide. In December 2017, it reached a record high of almost $20,000. Bitcoin subsequently plummeted to a little over $3,000 within 12 months. At the time of writing, it has recovered and briefly exceeded $10,000. Nonetheless, the cryptocurrency market has, in the main, hit the skids in the last two years. Let’s see how the crypto cannabis coins we analyzed in January 2018 fare today!

Launched in January of 2014, this is one of the longest-running cannabis coins. It began at 4:20 pm, and there are 420 million PotCoins currently in circulation. The currency started relatively slowly, however. After initially reaching the $1 million market cap barrier in April 2014, it fell to $244,000 within a month.

PotCoin seemed set to be yet another one of the many failed currencies. That was until the ‘eccentric’ Dennis Rodman was pictured wearing a PotCoin.com t-shirt in a North Korean airport. His stunt resulted in a 76% increase in PotCoin in a day!

Rodman unquestionably helped the coin’s cause at the time. Also, the company’s attempts at expansion were initially successful. By October 2017, there were over 800 select ATMs for PotCoin created by the company, and by the early stages of 2018, it promised to have over 1,300. 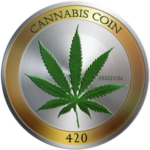 CannabisCoin was created just a few months after PotCoin. It had a similar goal: to make transactions easier for medical marijuana dispensaries. It proposed to provide a super simple exchange ratio from cryptocurrency into actual marijuana. For specific strains of marijuana and cannabis medicines, for example, you could exchange CANN at a rate of 1 coin to 1 gram.

Like other notable crypto cannabis coins at the time, CANN benefited from California’s marijuana legalization. Most experts didn’t see it going far beyond $0.30 by the end of 2018. They projected a 2022 value of around $0.37. They were completely wrong!

CannabisCoin fell by over 90% to just $0.03 in March 2018. Within 12 months, its value was only $0.005. It looked doomed but has recovered ever so slightly in the interim period. Today, a CannabisCoin is worth $0.011, effectively the same level at PotCoin. There are 106 million coins in circulation. 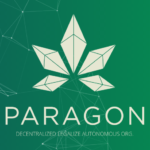 Paragon Coin was arguably the most exciting crypto cannabis coin of 2018, as serious star power backed it. Tech entrepreneur and former Miss Iowa, Jessica Versteeg, founded the currency. She then enlisted the help of rapper The Game. There were 100 million PRG coins in circulation at that time. Also, every one of the 70 million that was available initially at the ICO was snapped up immediately.

The introductory price of PRG was initially set at $0.75. However, the currency saw an almost immediate spike. Latecomers had to shell out $1.55 for a single coin. Versteeg expected the ICO to bring well over $50 million. Those who invested early probably thought they were onto a winner.

The end of 2018 forecast for PRG was $1.41! Some experts projected it to do well over the long-term, placing a potential value of $4.07 by the end of 2022. It is clear THAT won’t happen! Paragon Coin didn’t have a blockchain initiative, and its price spiked due to hype alone. Its value was overinflated, and it looks destined to fail. You could say that it already has. 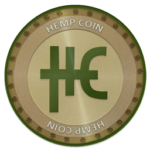 Those on the inside track believed that HempCoin would become the #1 crypto cannabis coin in 2018. It provided an intriguing new concept to the traditional canna coin system at the time. HempCoin didn’t focus on the general population, using it to buy marijuana. Instead, it was strictly for the farming industry and medical/recreational dispensaries. 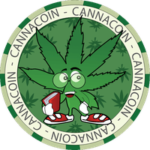 CannaCoin was launched on March 28, 2014. Similar to Bitcoin, it used peer-to-peer technology and ran on a decentralized blockchain platform. By January 2018, there was a circulating supply of 4.7 million coins. The writing was on the wall early when the company failed to announce any innovative ideas.

However, there was a suggestion that California’s legalization of marijuana would help CCN more than any other coin on this list. Why? Because a large number of dispensaries in the state already accepted and were familiar with CannaCoin. The lack of fiat banking systems in place for these stores meant CCN appeared to have a chance.

The five coins mentioned above were massively hyped two years ago. Within months, the values of each one plummeted and have never recovered. Countless investors had their fingers burned in the crypto crash of the last few years. We hope you didn’t put your life savings into any of them!

Even today, some still believe in PotCoin, HempCoin, and CannabisCoin! DopeCoin, Tokes, and Cannation are others with support. However, only PotCoin has a market cap of over $1 million. It is tough to recommend any cannabis-related digital currency at present. One may eventually arrive and win the day, but such an investment is a HUGE risk.

It is your job as an investor to perform due diligence on each investment you make. This is especially the case with the crypto market, which often resembles the Wild West in terms of regulation. Our advice? Don’t fall for the hype and plow money into a useless crypto cannabis coin.

Ensure the coin(s) you choose are capable of playing a viable role in the marijuana revolution that is already visible on the horizon. Then, once you invest, hold your nerve! Crypto markets are notoriously volatile. Don’t let a spike in either direction spook you into impulsive decisions and/or unnecessary action. Finally, only invest what you can afford to lose!

18 Mind-Boggling Questions to Ask Yourself High as Hell