Migraine and cluster headache (CH) are both ongoing conditions that severely impact a patient’s quality of life and are significant causes of disability.

Although treatments are available for both conditions, medications have been known to be ineffective and cause unpleasant side-effects in a significant number of patients.

Evidence has shown that psilocybin – the psychoactive ingredient in magic mushrooms – alongside other drugs which interact with the 5-HT2A receptor, like LSD, have long-lasting effects reducing migraine and CH frequency in patients.

Psilocybin has recently come to light as a therapeutic, showing to be an effective, well-tolerated treatment with few harmful side-effects for a variety of mental health conditions. Could it also be an effective treatment for headache disorders?

Why Use Psilocybin and LSD to Treat Migraines?

Migraine is a brain disorder that affects 15% of the population and is the leading cause of neurological disability worldwide.

Patients with migraines experience headaches of moderate-to-severe pain usually felt in one side of the head and often associated with increased sensitivity to sound and light and accompanying nausea. Those with migraine experience these headaches recurrently, and in chronic cases, patients experience migraines on at least 15 days per month.

Some migraine patients experience a prodromal phase which are symptoms that appear before the onset of the migraine. These include fatigue, euphoria, depression, food cravings, and constipation.

The cause of migraines is mostly unknown but is likely an interaction between genetics and the environment.

The onset of the headaches themselves is associated with a large number of different environmental triggers, including stress, sleep disturbance, strong odors, and much more.

The immune and neuroendocrine (nerve-hormone system) is likely to play a role in causing migraines.

The biological mechanism proposed for explaining pain felt during a migraine is that pain-responding nerve-cells (nociceptors) in the brain cortex and outer brain layers (the meninges) are activated.

Compounds that interact with the 5-HT2A receptor, including psilocybin, can affect both the immune and neuroendocrine systems. These effects may explain why psilocybin could counteract migraine pathophysiology.

What is the evidence?

A study, published in October 2020, investigated the effect of a single dose of psilocybin compared to a placebo in 10 migraine headache patients. After two-weeks following psilocybin, the patients had a significant reduction in the number of days they experienced migraines compared to if they had taken a placebo.

Why Use Psilocybin and LSD to Treat Cluster Headaches?

Cluster headaches affect 1% of the population. Patients with cluster headaches experience severely painful headache attacks in one side of the head near the eye, lasting anywhere between 15-180 minutes and can occur up to 8 times a day. 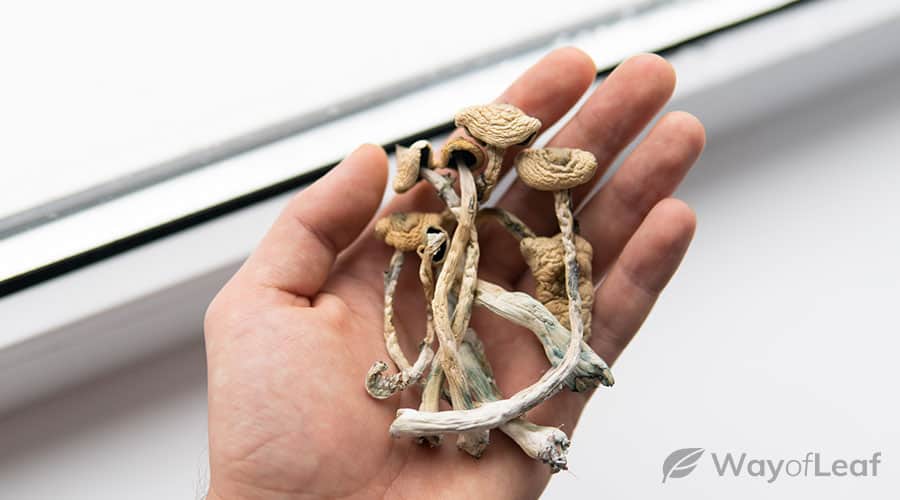 Medical professionals recognize cluster headaches as one of the most painful conditions known to medicine. The severity of pain and fear of subsequent attack can severely impact a patient’s life. Evidence has determined the suicide rate for cluster headache patients is significantly greater than the average, underpinning the label “suicide headaches” to describe the condition.

Similar to migraines, the underlying cause of cluster headaches is mostly unknown.

Genetic factors play a role with patients being twice as likely to have cluster headaches if other family members also experience them.

Environmental factors also play a role in cluster headaches, and different environmental triggers for headache attacks include alcohol, food containing nitrates, and strong odors such as paint and nail varnish.

Scientists hypothesize that the pain experienced in a cluster headache is caused by the trigeminal autonomic reflex, a set of connections between the brainstem, nerves, and blood vessels. The reflex can result in the activation of regions of the brain involved in detecting pain.

What is the evidence?

Researchers published a study in 2006 based on interviews with cluster headache patients who had used psilocybin or LSD to treat their condition. Psilocybin aborted headache attacks in 80% of users, extended the pain-free period in 90% of users and ended the cluster period in 52% of users.

A study from 2009 investigated the effects of 2-bromo-LSD, a non-psychoactive analog of LSD, which has a similar action mechanism to psilocybin, in cluster headache. Researchers showed the drug could halt attacks and extend the length of the break period between clusters in patients.

We spoke to cluster headache patient and board director of Clusterbusters Ainslie Course; she quoted:

“As a 54-year-old woman with a 36-year history of Episodic Cluster Headache, I had exhausted all pharmaceutical options and have been successfully treating my condition for almost 20 years with psilocybin. It has been life-changing! For me and thousands of others, this has been the most successful treatment option so far.”

What is the legal status of psilocybin-containing mushrooms?

In the United Kingdom, possession of psilocybin-containing mushrooms is illegal. However, in some counties, mushrooms are decriminalized, meaning possession of small amounts is non-arrestable. These countries include Portugal, Spain, Austria, and some cities in the United States.

In Canada and the Czech Republic, buying psilocybin-containing mushroom spores is legal. In the Netherlands, it is legal to purchase truffles that contain psilocybin and are very similar to magic mushrooms.

More about the legality of mushrooms in different countries can be found here.

What Is the Recommended Dose of Mushrooms for Migraines and Cluster Headaches?

A large-scale study into the effects of microdosing suggests that sub-hallucinogenic doses of mushrooms (roughly 0.1 grams) may be enough to alleviate painful headaches, including migraines.

Cluster headache patients commonly take half the amount of a recreational dose to abort their headache attacks, roughly 1g of Psilocybin cubensis (dry weight). However, the amounts of psilocybin required to alleviate headaches will be highly varied for different people. 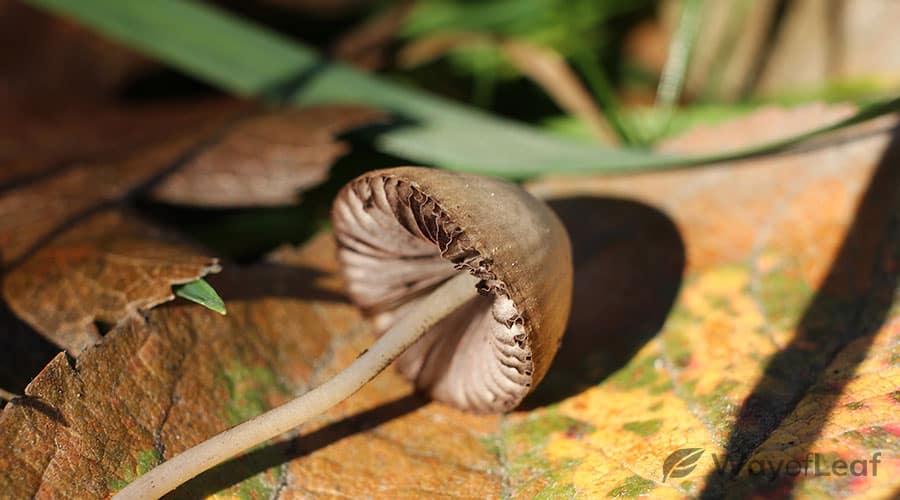 Different types of mushrooms contain varying amounts of psilocybin, so the mushroom species and whether the mushrooms are dried or fresh should also determine how many grams to use in a dose.

More information about dosing amounts and routines, preparation, and ingestion for headaches can be found here.

Other Psychedelics for Migraines and Cluster Headaches

Which psychedelics, other than Psilocybin and LSD, can be used to treat migraines and cluster headaches?

N,N-DMT is a potent hallucinogen that can be vaporized and has reported to help treat both migraines and cluster headaches. For cluster headaches, some reports allude that infrequent or even single DMT doses can have a lifelong benefit in treating the condition.

Synthetic versions of psilocybin mushrooms such as 4-HO-MET and 4-AcO have reported as being helpful in headache patients. Some reports highlighted that patients self-medicating found the synthetic analogs to have more manageable psychoactive effects than mushrooms.

Key Take-Home Messages About Psychedelics for Migraines and Cluster Headaches

There is a growing body of evidence that psilocybin and other psychedelics could treat migraine and cluster headaches. It is unknown the exact causes of headache conditions, but psilocybin may stop the neurological processes that cause headaches to be onset.

Having a headache disorder can be highly debilitating and dramatically impact a patient’s wellbeing.

Having a headache disorder can be highly debilitating and dramatically impact a patient’s wellbeing; therefore, finding new and effective treatments is of utmost importance. Psilocybin could offer a solution that may be more effective than current treatments and have fewer side effects.

Clusterbusters is a community organization for cluster headache support, and among their missions is increasing awareness of psychedelics as a treatment. Although their research is cluster headache-focused, their educational resources and campaigns may also help patients with migraines and other headache conditions. Check out their website here.

Related article
What Is Microdosing Mushrooms – And What Does It Do?