Medically reviewed by Lynn Marie Morski, MD, Esq.
Written by Editorial Team
5 min
0 comments
Read Later
The following is for informational purposes only. WayofLeaf does NOT advocate the illegal sale, use, or possession of any psychedelics. Be sure to research, understand, and follow all laws and regulations relating to the use and possession of psychedelics in the state or region you live.

An herb that has been used medicinally and spiritually for centuries by Mazatec tribespeople, Salvia divinorum is a powerful natural hallucinogen. It produces an intense psychedelic high and is garnering a lot of attention in the western world today for recreational use.

What Is Salvia Divinorum?

Salvia divinorum, also often referred to as salvia, is a fast-acting hallucinogenic herb that’s gaining a lot of traction as a recreational drug among teens and young adults. The Salvia divinorum plant is a member of the sage family and is native to southern Mexico and parts of Central and South America. “Salvia divinorum” translates roughly to “Diviner’s Sage,” highlighting the spiritual characteristics of the drug and its importance to native communities in Mexico. 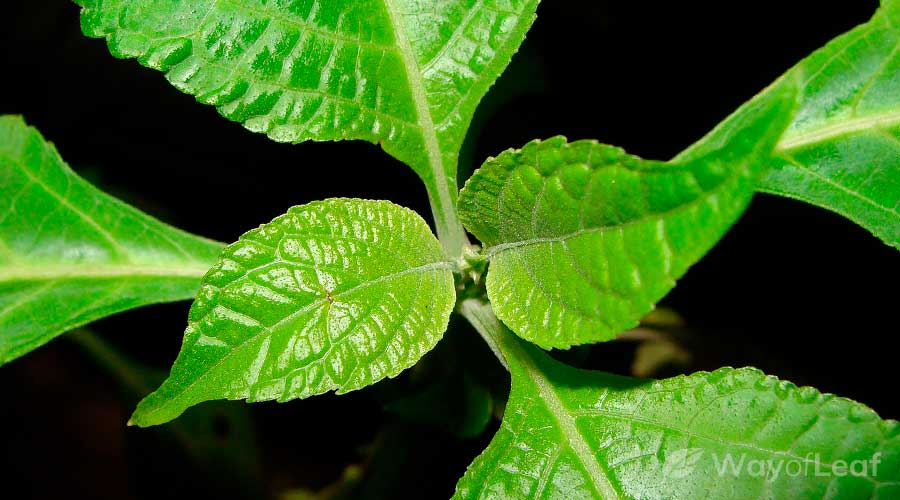 Anyone who has ever tried salvia will tell you that it’s not to be taken lightly. Of the many salvia species, Salvia divinorum is the only one that contains salvinorin A – the active compound that is responsible for inducing psychological effects.

What’s interesting about salvia when compared to other psychoactives, is how unique its properties are from drugs like LSD and mushrooms. While many psychoactive compounds are known as alkaloids, salvinorin A is a pure chemical that induces intense, often frightening effects, even in the smallest of doses.

By now, the biggest question on your mind is probably ‘is salvia divinorum legal?’ Much like marijuana, Salvia divinorum law exists in a legal gray area. But, believe it or not, it’s federally legal in the United States. The plant isn’t included in the Controlled Substances Act of 1970, which means that it’s legally different from mushrooms, cannabis, and other psychoactive plants.

But, there is a catch – and a big one. Although federal law doesn’t regulate salvia, individual state laws apply. And many states have made the plant illegal to buy, possess, and sell. Some states have age restrictions in place, and some outlaw salvia extracts but not the plant. There are a few states that have decriminalized the possession of salvia, which means that you won’t be arrested if you’re found with extracts.

What to Know About Growing Salvia Divinorum

Ideally, the temperature should range between 60 – 80 degrees Fahrenheit (15 – 27 degrees Celsius). These plants are happiest in an environment with a humidity level of 50% or more and grow best in light shade with no more than 3 to 4 hours of direct sunlight a day. You should try to avoid direct sunlight during midday.

The salvia plant only produces seeds on rare occasions, and these aren’t normally viable for propagation. In the wild, the plant propagates and spreads by falling over and sending out additional shoots. When it touches the ground, it rots, thereby creating more plants. For this reason, it’s best to grow from cuttings rather than Salvia divinorum seeds.

Salvia Divinorum Effects: What Does Salvia Do?

The active ingredient, salvinorin A, is a chemical that acts on certain receptors in the brain, resulting in hallucinations. Only when enough of it is absorbed through the lungs or the oral mucosa and into the bloodstream will a psychoactive effect be induced.

The Salvia divinorum high is compared to “flipping a switch” – in a moment, everything changes from normal to an altered sense of reality and self-awareness. It’s often described as being like a “20-minute acid trip,” which can start less than a minute after smoking. The entire salvia experience will last no longer than an hour. This short duration may be appealing to newbies who are fearful of experiencing a long trip that can last for hours. 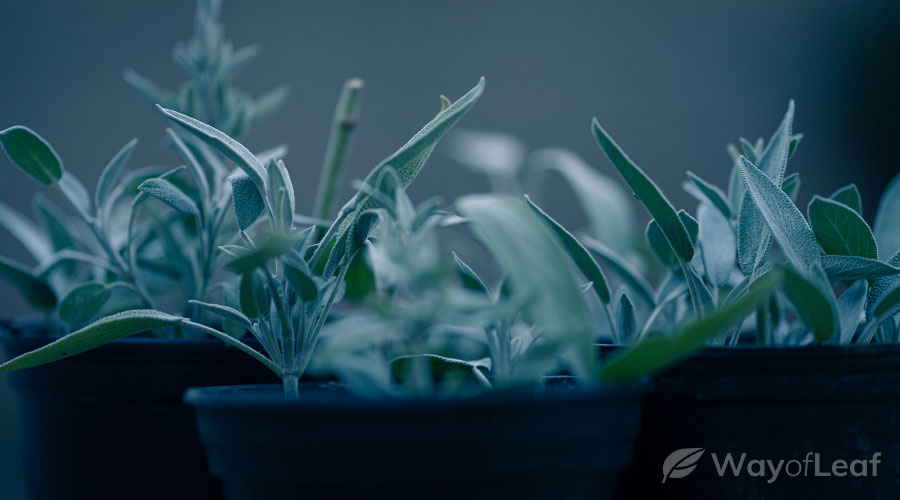 If used correctly, salvia can be a powerful tool for meditating and provides greater enlightenment. It is also known to induce a profound state of awareness that can help with self-reflection. Many users feel as though they have communication with the spirit world, and some have even had out-of-body experiences while using the drug. Some users also report experiencing colorful imagery and visuals; feeling like time is not moving.

However, many people who try salvia don’t enjoy it, describing the Salvia divinorum trip as intense, frightening, and disturbing – not euphoric or fun.

The drug is said to change the experience of what is going on in your body and also create feelings of uncertainty and disorientation about what is real. The exact amount of salvia needed to produce these effects is not certain but varies depending on the individual as well as leaf potency and quality.

What Do the Experts Have to Say About Salvia Divinorum?

According to the Center for Substance Abuse Research, salvia is the most powerful naturally occurring hallucinogen.

How the drug acts in the brain is still being researched. But we know that it changes the signaling process of neurons, or nerve cells, in the brain by attaching to nerve cell receptors known as kappa opioid receptors. It also affects dopamine receptors in the brain.

How Do You Consume Salvia Divinorum?

The herb isn’t used in rolled joints or cigarettes because the dried leaves may not be potent enough to induce any effect. Typically, the fresh leaves are used to create an extract. Water bongs or pipes may be used to smoke these extracts. Salvia extracts can also be infused in vaporizer pens or drinks.

Additionally, fresh salvia leaves can be chewed. However, as with dried leaves, the fresh leaves aren’t considered very potent, but some may experience a mild effect.

What Are the Potential Side Effects of Salvia Divinorum?

The biggest worry with salvia is the loss of awareness of surroundings, as well as the potential for unpleasant hallucinations. Those who are unaware of their surroundings have a great risk of being injured in or causing accidents. Therefore, driving or operating heavy machinery is not advised when under the influence of salvia.

Here are some of the most commonly reported side effects of Salvia divinorum:

It’s also worth noting that salvia isn’t considered to be addictive. It’s unlikely that you will develop a chemical dependency on the drug. However, some people who use salvia may become accustomed to using it for the “high” effects. Therefore, regular use can be a cause for concern.

The Salvia divinorum plant is often mistaken as a legal alternative to marijuana. But other than the fact that it’s green, dried, and can be smoked, it has very little in common with cannabis. The two serve different purposes, and act in distinctly different ways. Also, it’s worth pointing out that salvia is not “fun” to use. If you try to party with the drug, you probably won’t have a good experience.

That being said, people usually feel refreshed and refocused after using salvia. Typically, you use this drug when you want to open your mind, go deep into your thoughts, and leave the physical world behind.