Some people love the smell and taste of cannabis, while others like the flavor but not necessarily the scent. The trouble is, the vast majority of marijuana strains give off the tell-tale weed odor.

The vast majority of marijuana strains give off the tell-tale weed odor.

In general, if you smoke indoors in a state where it is legal to do so, it isn’t a problem. However, some users like to avoid filling a room with the pungent smell of cannabis. Others would prefer to use the substance discreetly and know that opening a window can inform neighbors of their habits.

In any of the above scenarios, you might want to find a cannabis strain that doesn’t necessarily provide the famous marijuana odor. We have found five that potentially fit the bill in this article. However, please note that no matter the strain, once you light it, there will be SOME cannabis odor; there’s no getting away from that fact.

This is a world-famous strain that’s a cross of a Thai Sativa and an Afghani Indica. It originally came from the Netherlands in the 1980s and soon became popular in Washington state. By the time the medical marijuana scene was in full flow, Northern Lights had become a firm favorite. It is a strongly indica-dominant hybrid with a THC content of close to 18%. It provides a fast-acting high that ultimately sedates and helps the user get to sleep.

One way to describe the Northern Lights aroma is to say that while most cannabis strains have a 10/10 weed smell, NL is closer to 6/10. Its scent is distinct to cannabis users, with spicy and sweet notes. Some claim it has an ammonia scent with elements of citrus. 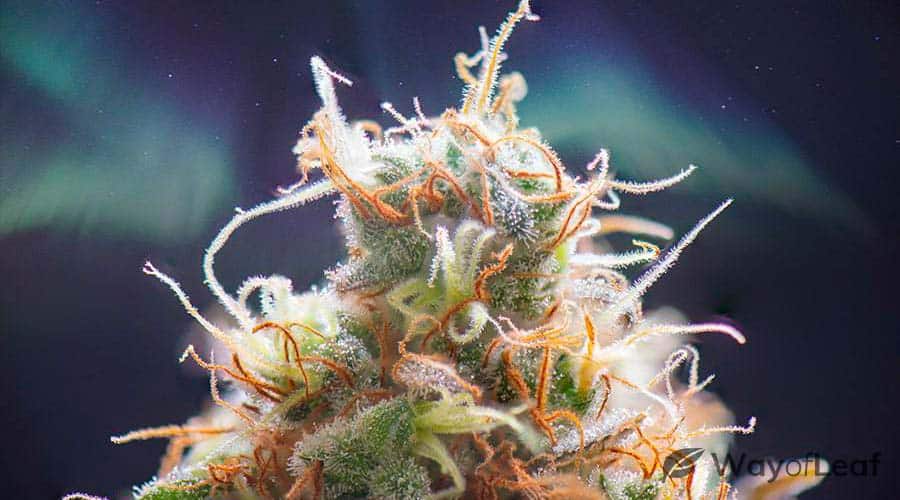 However, Northern Lights doesn’t have the ‘classic’ giveaway cannabis smell. Therefore, in theory, at least, you can smoke it indoors with the windows open and not necessarily tell the neighborhood that it is cannabis you’re using. However, they will know that you’re consuming something.

This is another famed and acclaimed cannabis strain. Girl Scout Cookies is a cross of OG Kush and Durban Poison. It is a slightly-indica dominant hybrid with a THC content that varies from 18% to 28%. GSC is an extremely potent strain that provides an initial euphoric high, followed by relaxation. 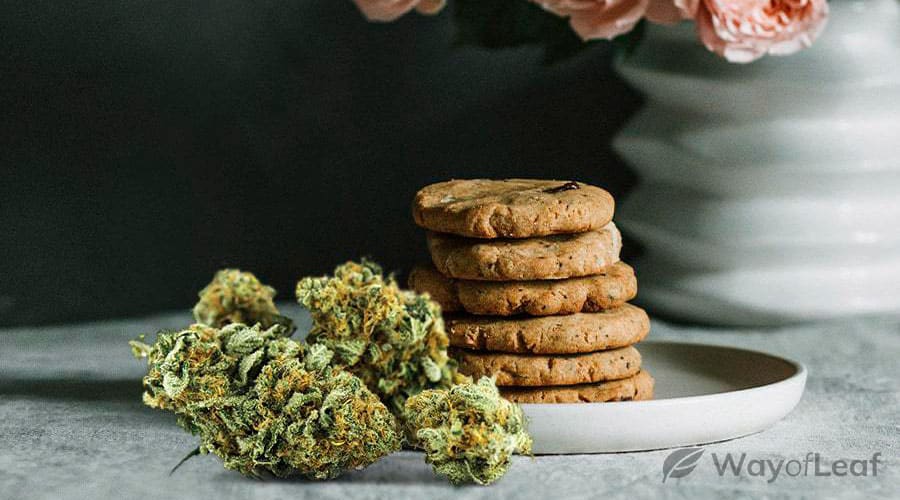 There is an earthiness to Girl Scout Cookies that should be familiar to experienced cannabis users. However, the aroma won’t necessarily ring any alarm bells due to the hints of mint and chocolate that linger in the air. Be wary that the smell does become relatively potent when you grind the buds.

This is a tough strain to handle and is best used by those experienced in cannabis consumption. Blue Mystic is a cross of Northern Lights and Blueberry. It is an indica-dominant hybrid with a THC level of around 21%. After just a few tokes, you will likely feel uplifted and extremely happy. However, the intensity of the body high is such that couch-lock is almost inevitable. 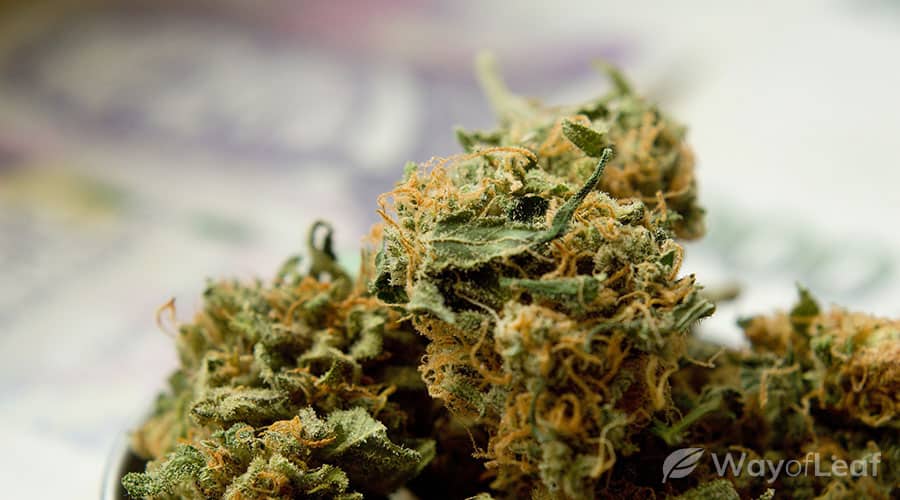 Blue Mystic ranks as one of the most subtle cannabis strains in terms of how it smells when it grows and when you use it. The fruity blueberry tones and hints of earthiness are extremely pleasant to smell inside a house. We’ve heard that individuals who have used cannabis for decades find it hard to place the scent of Blue Mystic. The aroma doesn’t fill a room and shouldn’t attract any unwanted attention.

This is a balanced hybrid strain that grows into a short and sturdy plant that can thrive in relatively harsh climates. Joint Doctor Seeds bred Lowryder from a cross of Willy’s Wonder and Northern Lights. It has a THC content that ranges from a moderate 12% to a fairly high 20%. Users of this strain say that it gives them an energy boost and helps them become more productive. It can relax the body but usually not to the extent where you feel like sleeping. 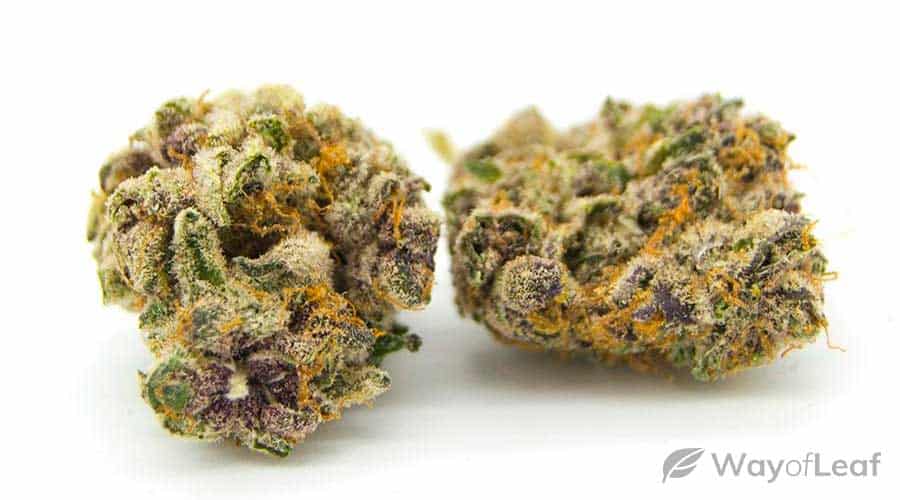 There’s no question that Lowryder has a distinct aroma. It has a fragrant sweet scent mixed with pine and citrus. It does tend to take over a room, but it doesn’t necessarily make you think of cannabis when you smell it. Instead, you’ll likely focus on the strong lemon scent that will probably make your mouth water.

This strain is highly unusual because it is a Skunk strain that doesn’t immediately remind you of cannabis when you smell it. Bloody Skunk Auto is a combination of Red Poison and Sweet Skunk Auto. It is an indica-dominant hybrid with a THC content of around 17%. As it is an autoflowering strain, you can grow it quickly and enjoy a small but tasty harvest. This strain tends to provide a relaxing, soothing high due to its indica dominance. 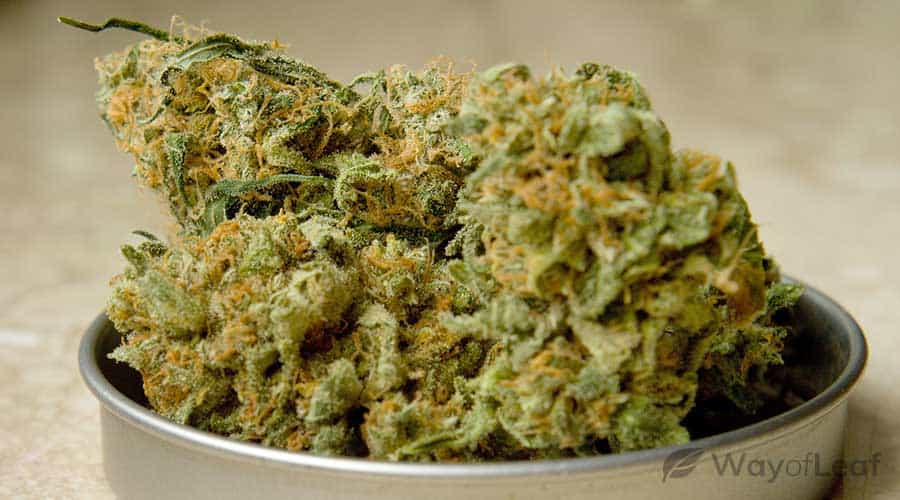 Bloody Skunk Auto certainly isn’t an odorless cannabis strain. The floral and fruity aroma is extremely noticeable. However, what you’ll find is that Bloody Skunk Auto doesn’t exactly provide the traditional cannabis smell. According to some users, it almost has a perfume scent, not to mention an extremely exotic taste.

The above cannabis strains are not all necessarily low odor. In some cases, they provide a bouquet of scents ranging from fruity to earthy. As such, these are not all options for individuals who want cannabis that doesn’t smell. Such individuals are likely to be disappointed overall because, in most cases, marijuana smells when ignited! However, the strains we’ve selected don’t generally provide the obvious cannabis smell.

Marijuana edibles provide the intoxicating high and potential therapeutic effects that you seek without the smell.

If you’re truly concerned about marijuana’s odor, you can invest in a sploof. This device can significantly reduce the aroma produced when smoking cannabis. Another obvious option is to consider a different form of consumption. Marijuana edibles provide the intoxicating high and potential therapeutic effects that you seek without the smell. Another option is to invest in cannabis oils or tinctures.

Ultimately though, as long as you smoke cannabis legally and in a private residence, you shouldn’t feel the need to hide the smell.

Related article
How to Make a Sploof [Guide]

Smoke weed without the smell…