Originating from Pakistan, India and the surrounding areas, Indica is the short, full-bodied plant that offers powerful pain-relief; sleep-inducing properties and a killer high!

If you are on the hunt for a new Indica strain but don’t quite know where to start, you’ve come to the right place! In this unique article, you’ll find all you need to know to get started on your Indica adventures, finished off with our recommended top 5 Indica strains that you MUST try out for yourself!

Indica Strains: What Are They?

The Cannabis Sativa L plant comes in three major strain forms, all of which offer different benefits depending on the type of strain. The three major types of cannabis plants are Indica, Sativa and Hybrids.

Unlike Sativas and Hybrids, Indicas are known for being short, bushy plants with wide leaves. They tend to grow faster and have a higher yield than Sativas. Indica strains are mostly chosen by growers who are restricted to producing plants indoors, since Indica plants will grow no taller than 6 feet and take as little as 9 weeks to flower. In contrast, the Sativa plant has been known to tower to an impressive 20 feet in height and can take a lot longer for the buds to mature.

Indicas also have a completely different effect on the body and mind compared to Sativas and Hybrids. While the Sativa strain is often compared to having a shot of espresso, Indica can be like having a sleeping pill. With its sedative properties and “couch-locking” effects, this is a popular form of strain amongst those who suffer from anxiety, sleeping problems, insomnia, chronic pain, anorexia, muscle spasms, anxiety and more.

Furthermore, Indica strains are a popular choice for many who seek to use cannabis for its healing properties as Indicas tend to have higher levels of CBD, rather than THC, which provides its patients with a mellow high.

Tip –  if you are not looking to get high then it would be advised to steer clear of Indica or Sativa strains and instead consume CBD oil or capsules which have none of the THC that provides the feeling of being high.

Indica Strains: Which Medical Conditions Do They Best Manage?

Indica strains are fantastic in treating a wide variety of medical conditions, and while we cannot go through each and every one, below you can find a couple of the more common ones.

Fibromyalgia or FM is easily recognized for its overall chronic pain and debilitating side effects such as numbness, pain, and sleeping problems as well as depression, anxiety, and PTSD. Perhaps one of the lesser-known medical conditions, Fibromyalgia affects around 8% of the world’s population and can be found in women more often than men.

There are a variety of traditional treatments for FM, however, there is no specific cure and recommended treatment can often range from a healthy diet and exercise to cognitive behavioral therapy or even prescription drugs. All of which often come with their own list of nasty side effects and can be highly addictive!

So how can cannabis, and in particular the Indica strains help to treat Fibromyalgia?

The answer is the CBD-THC ratio! Indica strains typically contain higher levels of CBD, which is known for its anti-inflammatory qualities as well as its ability to decrease pain.

In 2008 a review was published by Ethan B Russo, which assessed a wide variety of evidence for CBD’s ability to reduce chronic pain symptoms in patients. Based on studies conducted between the 1980’s and 2007, Russo found that overall, not only did CBD improve symptoms of pain but also came with limited side effects.

While CBD is an amazing cannabinoid, the benefit of using Indica strains to treat Fibromyalgia cannot only be credited to CBD. The THC in these strains is usually strong enough to help alleviate many of the side effects and combat pain.

An estimated 400,000 U.S. citizens suffer from Multiple Sclerosis, (or MS), so with figures like that it is no wonder that more and more people are turning to cannabis for a potential treatment. MS is one of the main conditions that is treated with medical cannabis across the world!

Multiple Sclerosis is a debilitating condition for most, with symptoms varying in severity from one sufferer to the next. In its milder form, those who suffer from MS may have difficulty with walking, muscle spasms, and lethargy or tiredness. However, for those who have MS in its strongest form can expect further symptoms such as depression, muscle weakness and debilitating pain.

While there are numerous treatments available for those who have MS, there still isn’t any cure. Treatments vary from exercises such as yoga and Pilates to more intense remedies such as steroids which can lessen the severity and length of attacks. There are also many prescription drugs that can help ease some of the side effects of the condition.

CBD has been scientifically proven for its anti-spasticity properties, making it an ideal option for MS sufferers. But combining CBD with THC is now known to be one of the best ways to combat MS. The combination of CBD and THC found in a good Indica strain can provide users with a strong pain relief while relaxing muscles and improving mood.

While choosing an Indica strain to treat your MS (or any other medical condition) does come with the side effects of feeling “high”, the combination of THC and CBD has such amazing benefits and can aid with a lot of the mental health side effects that are associated with these conditions.

The 5 Best Indica Strains Ever

Okay – so we have looked at the Indica strain as a whole, and taken a brief look into some of the medicinal benefits that this plant provides. Now the part we are all here for, the top 5 best Indica strains ever.

There are literally hundreds to choose from, so picking only 5 was incredibly difficult but someone had to do it! 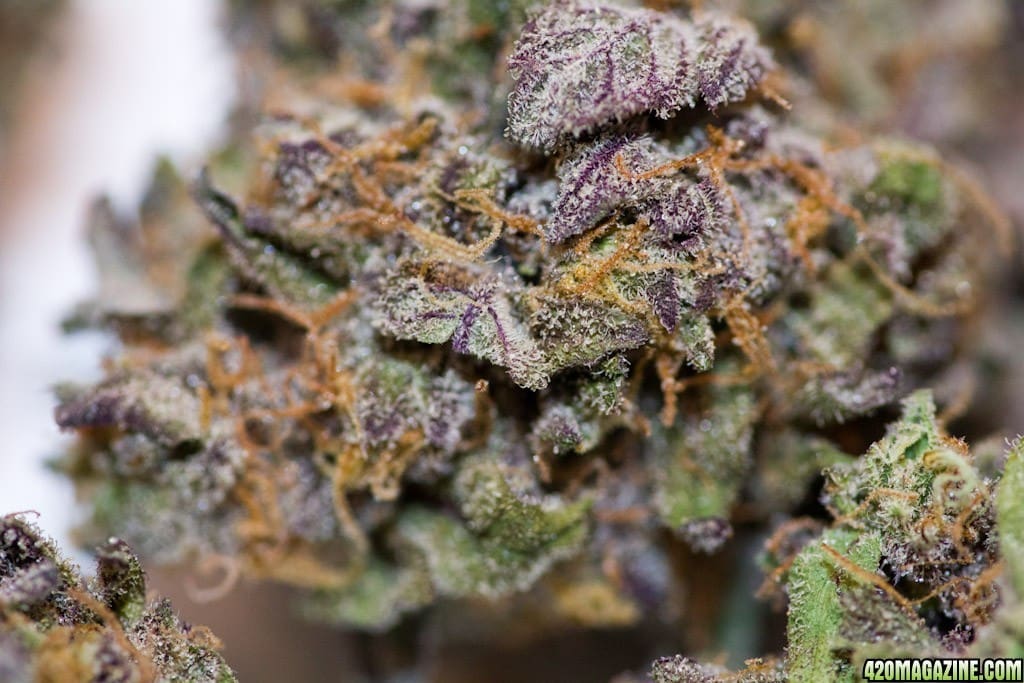 This fruity strain has been around since 2003 and remains to be one of the most popular Indica dominant strains on the market today. Known for its distinctive fruity taste, Granddaddy Purple is the 70% Indica strain you won’t want to miss out on!

Delivering a THC level between 17-27% with a CBD level of around 7%, this is not a strain to take lightly. Users can expect both a mental and body high that will feel like you are floating euphorically! As you may expect, GDP is excellent for those who suffer from insomnia or trouble sleeping due to other conditions, and as well as this it is also great for easing pain and relaxing muscles!

For a dreamy buzz that will leave you in a pain-free state of euphoria, look no further than Granddaddy Purple! 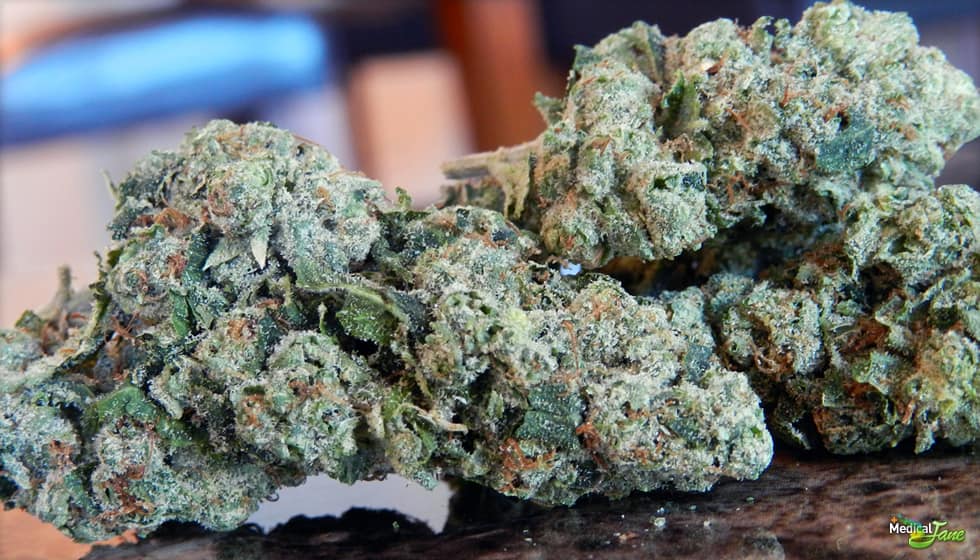 Possibly one of the most famous Indica strains of all time, Northern Lights has won multiple awards for its pungent aroma and delightfully resinous buds!

Known as a pure Indica, Northern Lights comes in at around 95% Indica and as such comes packed full of some of the best benefits of the strain! Northern Lights has THC levels ranging from 16-26% and promises a mellow and pacifying high.

Northern Lights will leave you in a dreamy euphoria that works throughout your mind and body for a blissfully lazy feeling that is likely to last sometime!

Ideal for night time use, Northern Lights has been known to help significantly with sleeplessness, as well as being a popular strain for the relief of anxiety and depression. 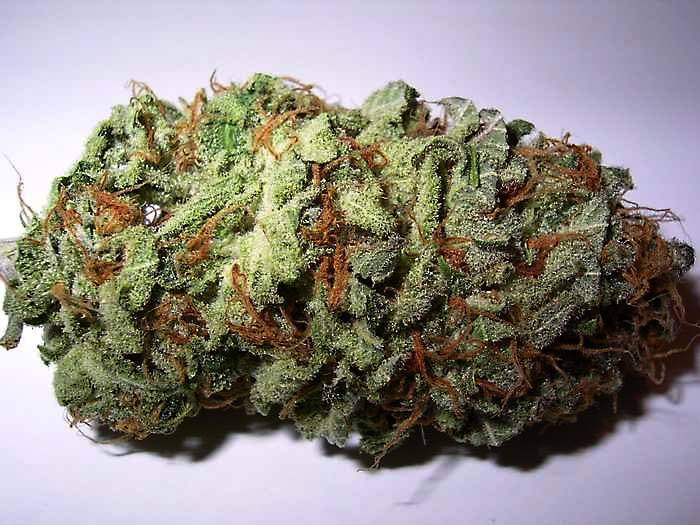 Girl Scout Cookies has won multiple Cannabis Cup awards for its powerful hit of THC which can reach up to 28%, making GSC one of the strongest strains on the market for medical marijuana users!

Girl Scout Cookies may have started humbly in California, but it is now one of the most popular Indica strains in North America; largely due to its ability to send the user on a euphoric adventure not common with many strains, GSC is something special!

Famous for its sweet and earthy aroma and flavor, GSC provides a 60:40 ratio of Indica to Sativa which means users will get the best of both if they go for this strain!

Girl Scout Cookies has been used to relieve severe pain, appetite loss, and nausea, and is a popular one amongst sufferers of a variety of medical conditions. 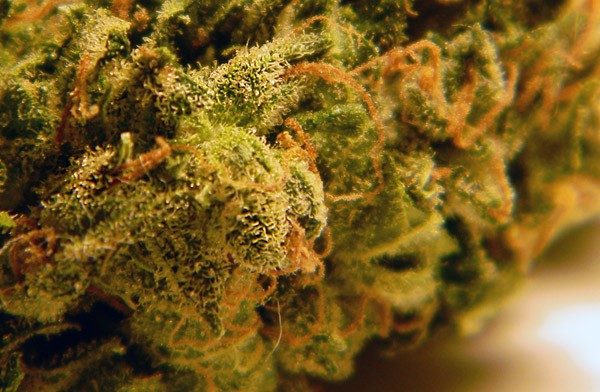 Afghani is the pure Indica strain that is best known for its deeply relaxing side effects. Sufferers of insomnia, chronic pain, and stress disorders can look to Afghani for its mood-boosting euphoric high that will be sure to send you into a state of blissful happiness.

Named after its geographic origin, Afghani grows in the Hindu Kush mountains, which is where cannabis was first discovered over 1000 years ago! With its earthy aroma and sweet flavor, Afghani is one of the most popular marijuana strains available!

While Afghani isn’t the most potent strain on the market with THC levels reaching only around 20% at its highest, it is still a force to be reckoned with! The deeply relaxed high that this strain delivers is perfect for those who look to use cannabis for medicinal purposes without a huge hard hitting high! 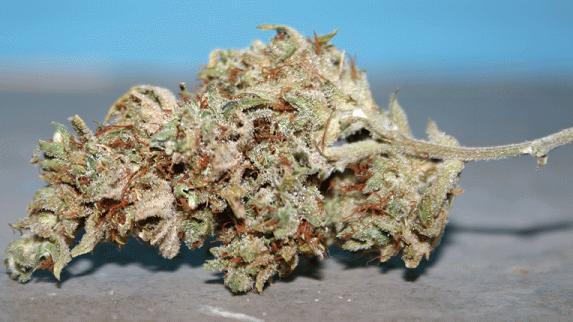 Perhaps one of the most talked about strains out there, G-13, or Government Indica Strain 1 is arguably the only known strain to have been bred by the US government!

This notorious strain has been the subject of many rumors in its time, having been around since the 1970s or 80s, G13 is a mystery to many. What we can be sure of, however, is its potential for the relief of debilitating symptoms such as loss of appetite, seizures, nausea and more!

G-13 has a 22-24% THC level and provides a creative and focus feeling in users, followed by a couch-locking feeling of euphoria. Not recommended for those who want a big boost of energy and creativity, as this is likely to be short-lived before the body high begins.

A 70% Indica, G13 is known for its strong body high and ability to combat chronic pain, making this a popular choice for many who use cannabis for medicinal purposes!

Boasting a strong aroma of oranges, this strain is perfect for anybody looking to benefit from multiple medicinal benefits as it not only is great for boosting mood and appetite but also works to reduce muscle spasms, feelings of pain and nausea and even combats anxiety and depression!

Depending on what your needs are you may not find Indica is the strain for you, but if you are seeking a range of medicinal benefits alongside a blissful relaxing high then this is definitely the plant to go for!
Amongst the 5 strains, we have discussed you can find a range of benefits from medicinal to purely therapeutic as you find yourself floating off into a dreamy euphoria unmatched by its close relative the Sativa plant!

What’s not to love?!

Why let strong-smelling bud give you away?