Terpenes are becoming recognized as a crucial element of cannabis therapy. These aromatic compounds give various strains their unique scents and flavors, and they have a range of beneficial properties too.

So, what is bisabolol terpene, and what does it do? Let’s take a look.

What Is Bisabolol Terpene?

Bisabolol is a lesser-known cannabis terpene. These chemicals are part of the plant’s natural defense system against pests and predators. They are produced in resinous glands called trichomes, alongside cannabinoids like THC and CBD.

Unlike cannabinoids, people are only just beginning to appreciate the importance of terpenes. However, they play an essential role in the aroma, taste, and effects of specific strains.

Have you ever wondered why two strains with the same THC and CBD content can produce completely different highs? It is mostly down to their individual terpene contents.

For example, citrus strains that have high limonene contents tend to produce a more uplifting buzz. Meanwhile, high myrcene strains tend to have an earthy flavor and more sedating effects. But what about bisabolol?

This terpene only exists in small quantities in most strains. Therefore, it does not have a significant impact on fragrance and flavor. However, those with a keen nose may be able to detect hints of bisabolol in some floral cannabis cultivars. It has a nutty, fruity scent with herbal and floral undertones and just a trace of coconut.

Bisabolol is also a primary component of chamomile essential oil. As well as being present in high quantities in chamomile, it is a common ingredient in cosmetic and skincare products.

As well as subtlety influencing the aroma of specific cannabis strains, bisabolol may have some therapeutic effects. However, it is important to note that most of the current research has involved animal studies rather than human clinical trials. 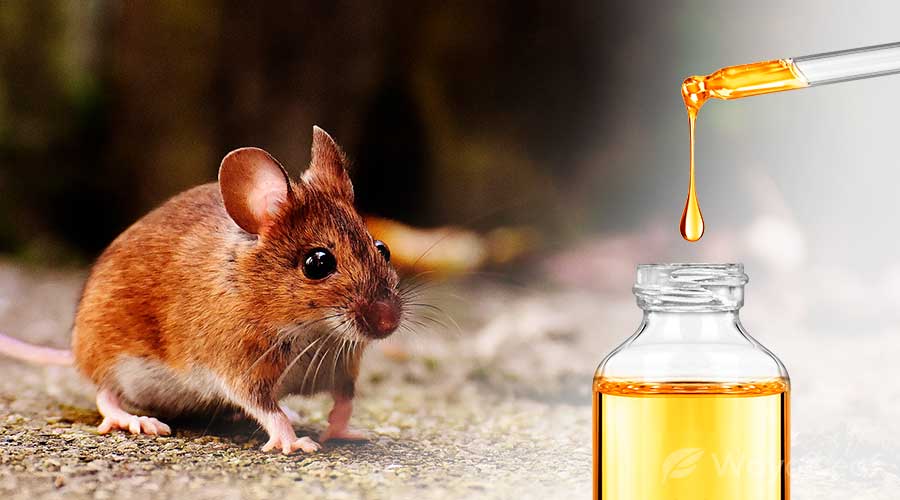 Some of the potential benefits of bisabolol include:

One of the best-studied bisabolol effects is its anti-inflammatory properties. It is especially well-known for reducing skin irritations. A 2014 study for Current Pharmaceutical Biotechnology investigated. It tested bisabolol on both cell cultures and live mice.

The researchers found that the terpene reduced the production of pro-inflammatory chemicals called cytokines. It also inhibited skin inflammation in the mice without causing adverse effects.

A 2018 study for Frontiers in Plant Science reviewed the properties of Candeia, a Brazilian tree with a high bisabolol content. The essential oil from the trunk of this plant has various medicinal uses, including wound healing.

This is due to bisabolol’s anti-inflammatory effects and its ability to inhibit bacterial and fungal growth. The terpene has even been used as an ingredient in some wound dressings.

A 2011 study in Naunyn-Schmiedeberg’s Archives of Pharmacology suggests that bisabolol also has analgesic effects. The research looked at the terpene’s effects on mice with paw edema. They found that it reduced both inflammation and pain.

Another animal study published in Drug Development Research in 2018 found that bisabolol had gastro-protective effects. This means that it could protect the digestive system from damage. The researchers compared the effects of bisabolol with diclofenac, a common anti-inflammatory drug. They also administered a combination of the two compounds.

One of the most common side effects of diclofenac and other anti-inflammatory drugs is gastric damage. The study found that bisabolol did not cause the same problems. Furthermore, in combination with diclofenac, bisabolol provided some protection against gastric injury.

It appears that the two could work synergistically to reduce inflammation with a lower risk of side effects.

Finally, a 2017 study for Naunyn-Schmiedeberg’s Archives of Pharmacology found that bisabolol may also have anti-anxiety effects. The researchers tested the terpene’s behavioral effects on mice. They found that it reduced anxious behavior in several experiments.

The authors proposed that bisabolol may influence gamma-aminobutyric acid (GABA) receptors in the brain. GABA is a neurotransmitter responsible for slowing down nerve transmission and inducing relaxation.

Is Bisabolol Good for Skin?

Thanks to its anti-inflammatory, antimicrobial, and wound healing properties, one of the most common bisabolol uses is skincare. There is even some evidence that it penetrates to deeper skin layers than many other compounds.

Most bisabolol skincare products contain the terpene in the form of chamomile extract. However, it may also be an ingredient in some full-spectrum CBD topicals. Full-spectrum means that, in addition to CBD, a product contains other beneficial cannabinoids and terpenes. Many experts believe that these chemicals work synergistically in a phenomenon called the entourage effect.

Bisabolol is only present in trace amounts in most cannabis strains. Therefore, it is challenging to find information regarding individual strains’ exact levels of this terpene. However, it is most likely to be present in floral cannabis strains. Some of our favorite floral strains include:

Lavender is a 60% indica-dominant hybrid, known for its delicate, flowery scent and calming, euphoric effects. It has a complex terpene profile, along with approximately 19% THC and 1% CBD.

Jasmine is another delightful floral strain. It is a 70% indica-dominant hybrid, which offers a blend of euphoric, relaxing, and uplifting effects. Its average THC content clocks in at a manageable 14%, alongside around 0.2% CBD.

Another 70% indica-dominant hybrid, Cotton Candy Kush contains a heftier THC level of 22% alongside 1% CBD. Its unique terpene profile gives it a complex aroma, combining floral notes with sweeter, candy-like overtones. This strain also induces a calming body high that could lead to sleep in its latter stages.

Master Kush is a heavily indica-dominant (80%) strain. It has a generous THC content of approximately 22%, with just traces of CBD. Aroma-wise this strain is at the more savory end of the scale with a predominantly earthy scent. However, lighter floral notes and refreshing lemon and pine are also present. Its effects are primarily relaxing and sedating, although it may boost focus and creativity too.

The only sativa-dominant (80%) strain on our list, Moonshine Haze packs a punch. Its THC content clocks in at a maximum of 25% with little CBD to offset it. This strain’s aroma is floral and tropical with hints of spice, and it is best known for its uplifting, cerebral effects.

Although the above strains all offer fantastic flavor and effects, we can’t guarantee their bisabolol content. However, anyone who is keen to try combining this terpene with cannabis could try some soothing CBD chamomile tea.

While it won’t produce a high, this soothing blend has calming properties that could make it an ideal evening beverage.

Bisabolol is a lesser-known terpene that is present in small quantities in some types of cannabis.

It has a range of potential benefits, including anti-inflammatory, antimicrobial, and wound healing properties.

These effects make it a great addition to skincare products and cosmetics. It may also work alongside anti-inflammatory drugs to reduce their side effects, as well as decreasing anxiety.

The best place to find this terpene is products containing chamomile or chamomile extract. However, next time you pick up a floral cannabis strain, you may get lucky and find some bisabolol in there too!

What exactly is CBCV?

21
8 min read
Join the discussion
TOC
Premium
Your subscription has ended
If you love cannabis and want to support our site, join WayofLeaf Premium today and unlock
Best of all, part of your membership fee will go towards supporting the fight to legalize cannabis.
Sign Up for WoL Premium
Not now
I already have an account
×
Log in to Your Premium Account