There is a suggestion that weed strain variations are not as diverse as we think. This runs contrary to the belief that cannabis lovers have had for generations.

According to some studies, a handful of cannabis strains have similar THC and CBD levels. As a result, some publications led with hysterical headlines such as: ‘all weed is basically the same.’ There are many flaws with such research.

A prime example is a study conducted by the University of British Columbia. It was published in PLoS One in 2015. It helped create a variety of the headlines mentioned above. However, these stories generally failed to mention one key aspect of the study.

It focused on a small group of breeders from the same geographical area. As we all know, localized climate can play a deciding role in the cannabinoid profile of any particular phenotype.

However, even though the study only looked at one tiny sample, it did uncover a significant issue. Marijuana strains don’t always “show” the genetic profile claimed by breeders. As a result, novices may purchase something completely different from what they intended.

There are over 110 cannabinoids and hundreds of terpenes and other compounds in the cannabis plant.

Most research into cannabis’ impact on our endocannabinoid system (ECS) is in its infancy. Cannabinoids such as cannabinol (CBN) may have more of an effect than we know.

In this article, we aim to show that there IS a significant difference between marijuana strains. All of the following contain high levels of THC, even though they produce varying effects. Anyone who believes all marijuana is the same has never tried Gorilla Glue #4 one night, and Candyland the next!

This is an exceptionally potent balanced hybrid with a THC level approaching 30%. It is a cross of Chocolate Diesel, Sour Dubb, and Chem’s Sister.

The first clue regarding this strain’s potency comes when you try to trim the buds after harvest. Please make sure you pack several pairs of scissors because they’ll get stuck together when they encounter the sticky GG#4 buds. 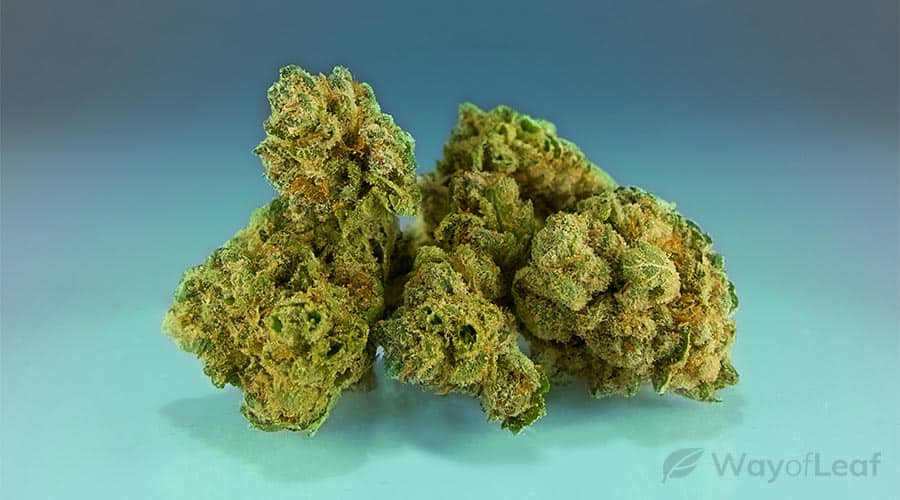 It is a Cannabis Cup winning strain that is every bit as powerful as its THC content suggests. Its heavy cerebral effects hit you hard, and the buzz can last for several hours. Don’t use GG#4 if you have tasks to complete because the euphoric high gives you complete body relaxation and could ultimately result in couch-lock.

At one time, it was challenging to find Gorilla Glue #4. These days, it is used as MMJ to help with conditions such as muscle spasms, chronic pain, anxiety, depression, and insomnia.

GG#4 provides you with a woody aftertaste, but there are also hints of chocolate and coffee. Its flowering time is 8-9 weeks, and it is ready to harvest outdoors by mid-October.

If GG#4 helps to relax you, Candyland gets you moving. It is another balanced hybrid with a THC content reaching 24%. It is a cross of two legendary strains: Platinum Girl Scout Cookies and Granddaddy Purple. With such awesome parents, it is no surprise to learn that Candyland is a sensational strain in its own right. 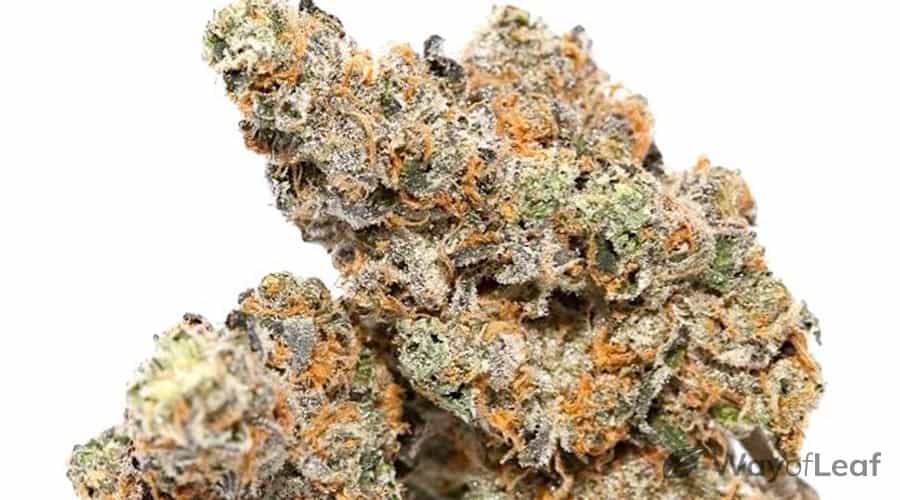 Few marijuana strains are capable of providing you with a more natural boost of energy than Candyland. Whether you need an early morning ‘pick me up,’ or else you feel lethargic during the day, take a few hits of this strain and get going. Intriguingly, the energy you feel doesn’t come at the cost of relaxation. It also helps you feel euphoric, chatty, and boosts creativity.

As you might expect, Candyland’s flavor is sweet and delicious, with hints of earthiness. The fresh pine and berries complete a complex taste profile, and the flavors linger on the palate.

It is used to manage the symptoms of PTSD, fatigue, and anxiety. It is an easy plant to grow for novices with a flowering time of 8-9 weeks. Candyland is usually ready for harvest by the beginning of October.

We’ve had energy and relaxation; what about laughter? After all, weed is stereotypically associated with fits of uncontrollable giggling. Fear not, Chemdawg is here, and it is a fantastic strain to use if you are feeling down. It is a slightly indica-dominant hybrid that’s possibly a cross of Thai and Nepalese sativas. Chemdawg is very potent with a THC content of up to 26%.

The cerebral high provided by this strain is potentially overwhelming if you’re a novice, so toke carefully! It is a relaxing and uplifting strain that’s perfect if you want to stay at home, chill out, and laugh until your lungs hurt. It is sometimes used by creative individuals to spur them on. However, the most likely effect of Chemdawg is that you start giggling without knowing why. 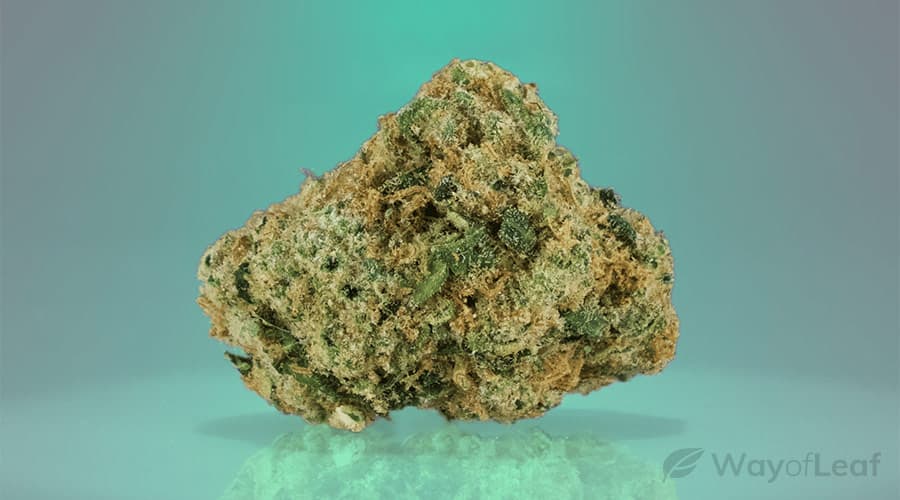 Chemdawg is a pungent strain, so make sure you use it in a well-ventilated room! Its strong diesel flavor is not for everyone. Nonetheless, it could prove useful if you want to manage the symptoms of stress or chronic pain.

Once the high subsides, you could feel relaxed and ready to sleep. Chemdawg takes nine weeks to flower and is ready to harvest in October. It is a massive yielder with 28 ounces per square meter indoors and 35 ounces per plant outdoors!

Yet another stereotype surrounding marijuana is its propensity to cause a late-night raid of the fridge. Lazy Hollywood writers rejoice as we have uncovered the ideal munchies strain!

Goo is a strongly indica-dominant hybrid that’s a cross of Hindu Kush and Blueberry. With a THC content of up to 24%, it is not an herb one should take lightly.

Experienced users may perceive Goo as a mild strain when they first try it. It provides a gentle physical high that occasionally intensifies. Generally, however, it causes you to remain glued to one spot. The other thing you’ll notice is that this strain makes you feel very hungry. Given its potency and sedative effects, it makes sense to have snacks close by. 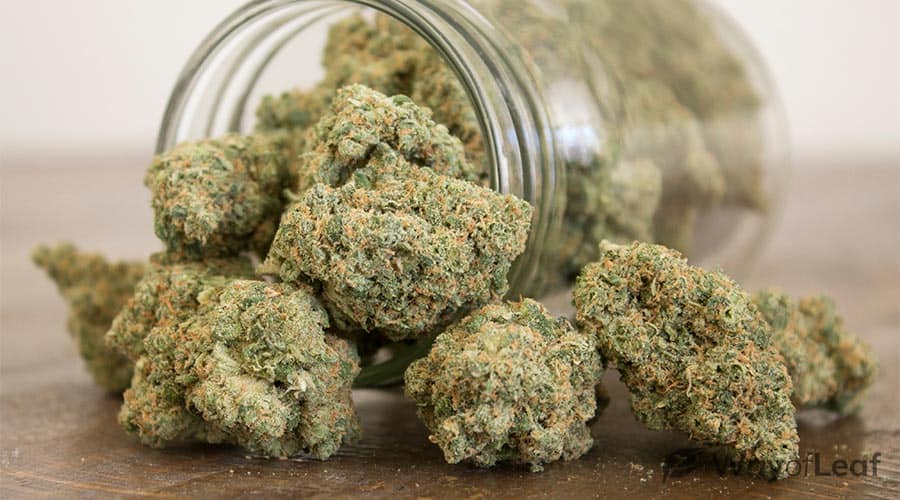 Goo offers a pinewood flavor with hints of berries. It is often used to help combat insomnia and is also an option if you want to manage chronic pain. As Goo induces hunger, it is an option for those looking to gain weight.

Goo flowers in 7-8 weeks and is ready for harvest in October. Some growers have reported taking 48 ounces of bud per plant!

This marijuana strain was made famous by the Hollywood movie. The big-screen version of Pineapple Express involved assorted craziness and is way off base! In reality, this strain offers a mellow, clear-headed, and creative high. It is a slightly sativa-dominant hybrid that’s a cross of Hawaiian and Trainwreck. Its THC content is as high as 25%. 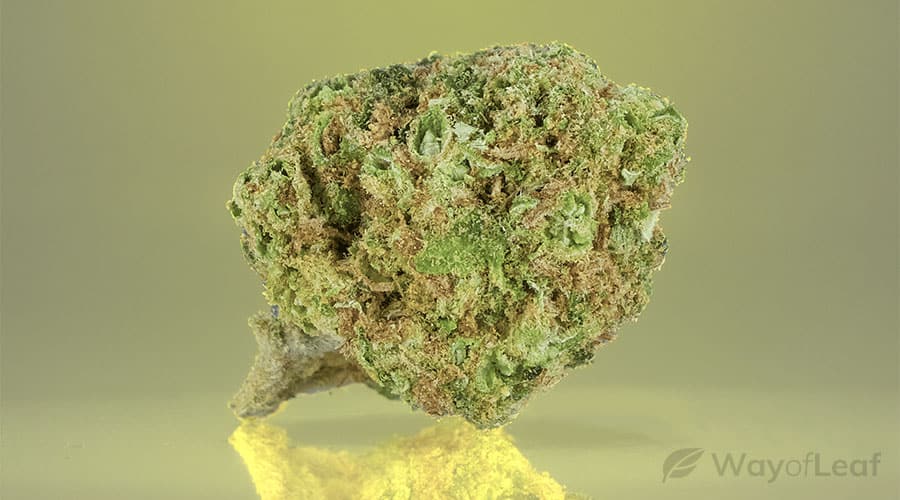 Pineapple Express could help you feel uplifted and happy. If you take the time to sit down and think, you might find that ideas begin jumping into your mind. Best of all, you feel relaxed and stress-free without succumbing to couch-lock.

The pineapple aroma and subsequent tropical fruit taste helped Pineapple Express to remain popular long after the hype over the movie died down.

It is a popular medicinal marijuana option because it works without sedative effects. It is often used to manage the symptoms of chronic pain, anxiety, and depression. Pineapple Express has a flowering time of 7-9 weeks and is ready for harvest by the middle of October.

Any suggestion that all marijuana strains provide you with the same effects is laughably ignorant. It shows a complete lack of understanding of this complex plant. There is no doubt that some breeders are unscrupulously claiming specific genetics to sell their strains. It is also true that hundreds of marijuana strains have similar THC and CBD levels.

However, there are hundreds of terpenes and cannabinoids to consider. These relatively unexamined compounds could have a significant role to play in how weed affects humans. If all cannabis was the same, how come one strain sedates you while another causes a feeling of pure energy? Why does one strain make you feel introspective while another promotes constant laughter?

Cannabis is complicated, and it is only those who wish to damage the industry that suggest otherwise. It is only when clinical trials take place on the same scale as they do in the pharmaceutical industry that we’ll get our answers.