As weed is slowly but surely escaping from the yolk of legislation, an increasing number of people are understanding its use in a social setting. To date, marijuana is legal for recreational use in eight states, and cities within these states are beginning to host events with cannabis being the special guest.

In such locations, you’ll be surrounded by like-minded people – but what about in ‘regular’ social events? Fortunately, cannabis can be the X-factor in transforming introverts into extroverts. While you won’t be dancing on the tables, these five strains will help you enjoy your night out.

So without further ado, we bring you the 5 best strains that were chosen by our community. 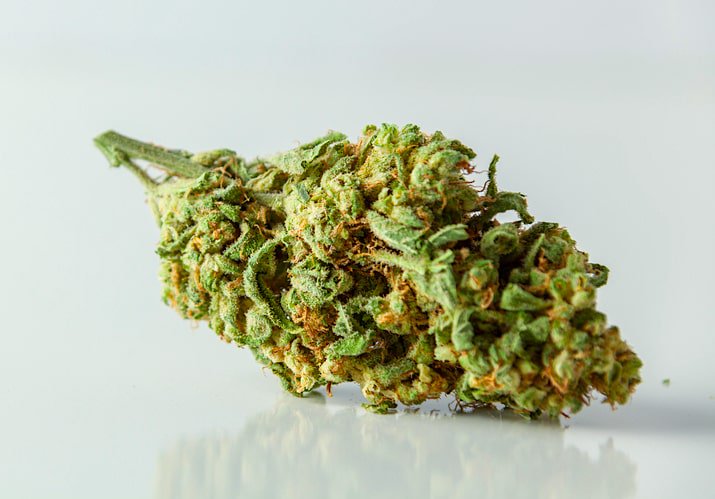 This 50/50 hybrid marijuana strain (with a bias towards indica) is a cross of White Widow and AK-47. Its THC content can reach as high as 25%, so expect White Russian to hit you hard and provide you with an unforgettable euphoric high. Although it has been known to make a select few people feel sleepy, it is generally an energetic strain that also makes you feel happy and creative.

White Widow has been around for a long time. Evidence of its longevity comes from the fact that it won the ‘Best Overall’ strain in the 1996 High Times’ Cannabis Cup. It is ideal for dinner parties because it makes you feel a little chattier than normal, while still leaving you very much in control. It also helps to eliminate nerves, and induces a feeling of relaxation if you’re feeling anxious. And lastly, it’s been well know to alleviate the pain from migraine headaches.

2 – Tangie (The Marijuana Strain That is the Cocktail Party King)

This sativa dominant hybrid (up to 70%) comes from Amsterdam and is effectively Tangerine Dream with different genetics. It is a cross of G-13 and A5, and it has basically swept the board in awards shows when it was released. In one particular year, Tangie won 10 competitions despite there being thousands of hybrid strains to fight against. Its THC level can reach 22%, which means you should only use it if you’re an experienced smoker.

Even if you are an experienced smoker, though, you’ll almost certainly be surprised at Tangie’s effects when smoking it for the very first time. Its amazing aroma may lull you into a false sense of security, but you’ll almost immediately feel a euphoric buzz. It quickly lifts the spirits and soon enough, you’ll be striking up conversations with total strangers. If you’re with friends, debates will soon heat up, but it will be nothing but fun. Eventually, the high washes down the body and causes your muscles to relax, and on the plus side, there is little danger of couch-lock.

Also known as Blue Diesel City, this indica dominant hybrid (60%) is a cross of NYC Diesel and Blueberry. When choosing this strain, be wary because its THC strength ranges from a reasonable 16% to a knockout 23%. It has been one of the most popular strains on the cannabis market ever since it was released, and it offers powerful cerebral effects that last for a moderate length of time – although we have to warn you, it does tend to work very quickly.

Its blueberry genetics are responsible for the gorgeous light berry aroma,and users are continually shocked by the speed at which the invigorating feeling kicks in. However, you will likely not be too keen to dance the night away, because Blue Diesel makes you nice and relaxed. As such, it is an excellent option if you’re going out in the late afternoon to enjoy an early night – you’ll be chatty and charming for as long as the high lasts, and then you’ll ease off into a chilled-out state.

This is another strain that falls under the ‘elder statesman’ category. Orange Bud was bred by Dutch Passion in the 1980’s, and it is a cross between two members of the 100% skunk family. It is an indica dominant hybrid (65%) with a THC content of 16%, and even though it became a staple of the Amsterdam coffee shop scene, Orange Bud is not exceptionally strong by the standards of modern marijuana strains.

This is perhaps why it is such a good choice if you’re nervously hosting an event – Orange Bud provides you with a mild uplifting sensation that slowly builds over the course of a few hours. Even though it works wonders as a relaxant, this strain also energizes you a tad, meaning you can be the ideal host as you chat with your guests. Eventually, though, the body high will make you feel sleepy, but by then your guests will be long gone.

5 – Blueberry Headband (The Marijuana Strain That Keeps You Present)

This is a strain that has changed since it was first introduced. It was originally a cross of F3 Emerald Headband and Blueberry, but it was later changed as the breeders sought to improve it. Blueberry Headband is an indica dominant strain (70%), and its THC content ranges from a mild 10% to a potent 20%.

It is a strain that works rapidly as you feel a cerebral head high within minutes. Blueberry Headband is known as one of the best mood-enhancers around, which means it should be your weapon of choice for parties that you don’t really want to attend. Given the variations in strength, though, it is wise to try the lower THC version first to see how you react – if you use too much, the head high may be overwhelming during social situations. Once the head high has been completed, though, this strain relaxes the body and makes you sleepy – giving you an excuse to leave!

Anyone who thinks that alcohol is the best social lubricant clearly hasn’t tried any of the marijuana strains we’ve listed above. When you choose the right strain, you will feel happy, energized and remarkably social. And moreover, you won’t have to worry about those nasty booze-induced hangovers or doing something that you’ll regret later!