Cannabis novices often believe that hash and marijuana are the same things. It doesn’t help when many websites use the terms interchangeably. What’s true is that both come from the same cannabis plants. However, they are processed differently. This is a fact that leads to very different effects.

This article investigates the differences between hash and marijuana, including potency, taste, and effects.

Hash vs. Marijuana: At a Glance

What Is Hash & How Is It Made?

Also called hashish, hash is a cannabis extract created by separating the resin from the buds. There are numerous varieties of hash, including bubble hash, BHO, and rosin. They involve separating the cannabis trichomes and compressing them into balls or different shapes. 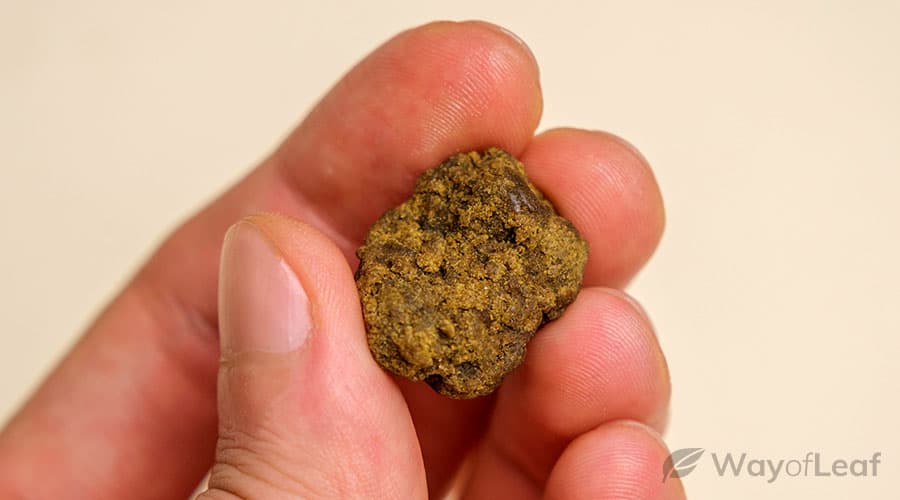 Traditional forms of hash come from Afghanistan, India, and Morocco. Hash from Morocco and Afghanistan is made by running the dried cannabis through sieves. The friction separates the trichomes from the rest of the plant material to create kief. Then, the kief is heated and pressed to produce an extremely potent hash.

Traditional forms of hash come from Afghanistan, India, and Morocco.

In India, it is traditional to roll cannabis buds between the hands, and the friction results in the trichomes separating from the plant. Do this, and you’ll see a dark and thick resin on your hands. Once rolled into resin balls, these are referred to as charas.

In the modern era, there are additional ways to create hash. For example, you can use a special rosin press to create a potent resin. Bubble hash, in contrast, involves the use of ice water and friction to separate the trichomes. The BHO-making process requires the use of butane.

What Is Marijuana & How Is It Produced?

Marijuana is dried and cured cannabis flowers. These flowers are ready to smoke, cook, vaporize, or turn into a concentrate. There are thousands of marijuana strains, many of which offer varying effects. It is believed that marijuana was probably first domesticated in the eastern part of Central Asia. 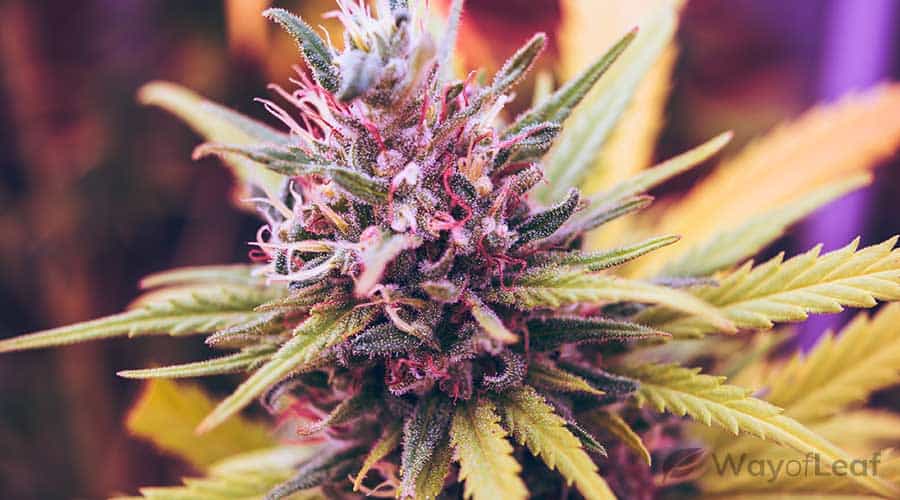 Traditionally, indica strains are thought to offer relaxing and sedative effects. In contrast, sativa varieties tend to promote energy and euphoria. However, it is more likely that the chemical makeup of cannabis is responsible for its effects. This can include its terpene content and cannabinoids apart from THC and CBD.

Sellers of marijuana grow female cannabis plants and wait for them to bloom. After harvesting, the grower dries and cures the flowers. The grower can remove the stems, seeds, and excess leaves before or after drying.

Hash vs. Weed: How Are They Used?

You can smoke or vaporize hash, and it is also possible to include it in cannabis edible recipes. Yet the lower potency of marijuana enables a greater array of uses. The reduced THC level ensures that you can use the substance to create topicals, tinctures, and cannabis oils.

Generally speaking, MMJ patients prefer mid-range THC levels when using weed to help with seizures, pain, anxiety, and depression. The potent nature of hash means it is unwise to use it medicinally. This is especially the case if you have important tasks to complete when you use medical marijuana.

There is a massive disparity between the potency of hash and marijuana. Remember, hash is compressed trichomes, which are the part of the cannabis plant that offers the greatest intoxication level.

Even a ‘weak’ hash is likely to have a THC content of over 40%. In reality, rosin and BHO, for instance, can have 80-90% THC. As such, you need to exercise extreme caution when using it. There is no need to try anything more than a tiny amount to begin with.

Related article
90% THC: Think You Could Handle It?

The most potent ways to enjoy …

As discussed, marijuana contains significantly less THC than hash. Nonetheless, in the modern era, breeders are creating powerful hybrids. Typically, you can expect high-quality cannabis to contain around 20% THC. However, a handful of strains reportedly have over 30% THC.

The intoxication achieved with hash consumption is significantly more pronounced than with marijuana. You can expect the high to hit almost immediately, depending on how you use it. That said, in some instances, you may experience a more subtle high with hash when compared to marijuana.

Hash users often remark on how they feel a surprisingly mild level of intoxication when they use it sensibly. The high is also more cerebral and potentially enables you to complete your daily tasks.

With marijuana, much depends on the strain you use when it comes to effects. Indica strains tend to have a more sedative effect, complete with a body buzz. Sativas potentially provide effects similar to hash, albeit with less intoxication.

If you smoke or vaporize hash or marijuana, you could feel an effect in seconds. In contrast, it can take up to two hours for the effects of an edible to have an impact.

Apart from determining when the THC will affect you, it is also essential to note the potential side effects of using any form of weed, which can include:

Delta-8 THC offers intoxication and is linked with many of the same benefits as the delta-9-THC found in hash and weed.

If you’re concerned about marijuana side effects, consider trying delta-8-THC. It still offers intoxication and is linked with many of the same benefits as the delta-9-THC found in hash and weed. However, delta-8 is about half as potent, reducing the risk of adverse side effects.

Premium Jane is one of the top-rated D8 sellers in the United States. It offers 25 x 25mg gummies or 1000mg D8 oil with 200mg of CBG per bottle. Please check your state’s laws regarding Delta-8 before making a purchase.

One of the biggest differences between hash and marijuana is the taste. Hash has a rich, complex, and spicy flavor, and you can expect an extremely earthy taste. However, the taste tends to vary according to the process used. Bubble hash, for example, will likely taste very different from BHO.

Again, it depends on the type of hash, especially where quality is concerned. Hand-rubbed hash should have a dark brown color and a thick & hard consistency. Good quality dry-sieved hash has a yellowish-brown color with a soft and occasionally sticky consistency.

One trick to determine quality is to light the hash and wait for it to bubble. If it emits white smoke, the product is likely of a reasonable standard. If the smoke is black, you probably have hash mixed with oils.

The flavor of marijuana depends on the strain. Classic tasting weed offers a fresh and herbal taste. However, you can get hints of citrus, cheese, diesel, and a variety of other flavors.

Final Thoughts on Whether Hash & Marijuana Are the Same Things

The simple answer to the title question is ‘no.’ The main thing they have in common is that they come from the cannabis plant. However, marijuana flower isn’t as potent as hash, which is made from resinous trichomes. Hash has a significantly higher THC content, although you can use marijuana to make cannabis concentrates.

In general, marijuana is more flavorful, while hash produces a powerful high. Ultimately, both offer different experiences, but you will become intoxicated regardless of whether you use hash or marijuana.

How to make your own hash …