The e-cigarette industry didn’t take long to become a billion-dollar enterprise. Lifelong tobacco cigarette smokers were keen to cast aside their harmful habits. What e-cigs offered was an opportunity to enjoy nicotine without the hundreds of carcinogens inside tobacco. It was also possible to wean oneself off the addictive substance by purchasing gradually weaker cartridges.

The cannabis industry similarly embraced e-liquid. It, too, enabled people to enjoy the intoxicating effects of THC without having their clothes stained by putrid smoke.

The vaporization process is potentially better for you than smoked marijuana. Nonetheless, it is a poorly regulated industry with tons of black-market products available.

In 2019, dozens of people died from a vaping related illness. Many products contained THC and came from illegal sources. Thousands more users were hospitalized, and panic spread throughout the industry. It soon became apparent that chemicals such as vitamin E acetate caused severe harm when inhaled. Black-market vaping products also contain an array of heavy metals and toxins.

Therefore, when choosing e-liquid, it is essential to consider a myriad of factors, which we cover in this guide. When you are finished, you will hopefully know how to make the right, and safe decision.

Analyze the Standard of the E-Liquid Itself

This is one of the trickiest aspects of finding safe cannabis e-liquid, especially if you buy online. You can only really do this when purchasing a product in-store. Generally speaking, make sure there aren’t any clear signs of separation like you see when oil mixes with water. Also, you should not see any debris floating in the substance.

A general rule of thumb states that clear e-liquid is more likely to be high-quality. Beware cloudy mixtures; this is a sign that it contains unwanted and potentially harmful ingredients.

In terms of consistency, high-standard cannabis oil typically has the consistency of honey. Substances that are too thick often contain the marijuana plant’s cuticle waxes and chlorophyll. Excessively thin tinctures usually have too many cutting agents or synthetic flavorings. Many of these additives become carcinogens when heated.

Look for Products with Clear Evidence of Testing

If you buy from a reputable brand or a state-licensed dispensary, you’ll notice that they have third-party lab reports. This documentation enables you to see the level of cannabinoids, terpenes, and other compounds in the e-liquid. You also get to see if it contains any pesticides, mildew, heavy metals, or toxins.

Typically, manufacturers rely on gas chromatography testing. This process breaks down the cannabinoids with heat and manipulates them under pressure.

What Extraction Method Does the Brand Use?

At present, supercritical CO2 extraction is regarded as the ‘gold standard.’ It uses carbon dioxide as the ‘solvent’ to remove the compounds from the marijuana plant. The equipment is costly, which means brands pay good money to use this form of extraction. It is a clear sign that you are dealing with a credible company.

That isn’t to say that only disreputable brands use other extraction methods. Some of the biggest names in the industry still rely on ethanol extraction. It is a relatively efficient and safe method. However, its high level of polarity means it isn’t easy to separate the product into a complete state of isolation. There is a chance that some ethanol residue remains. 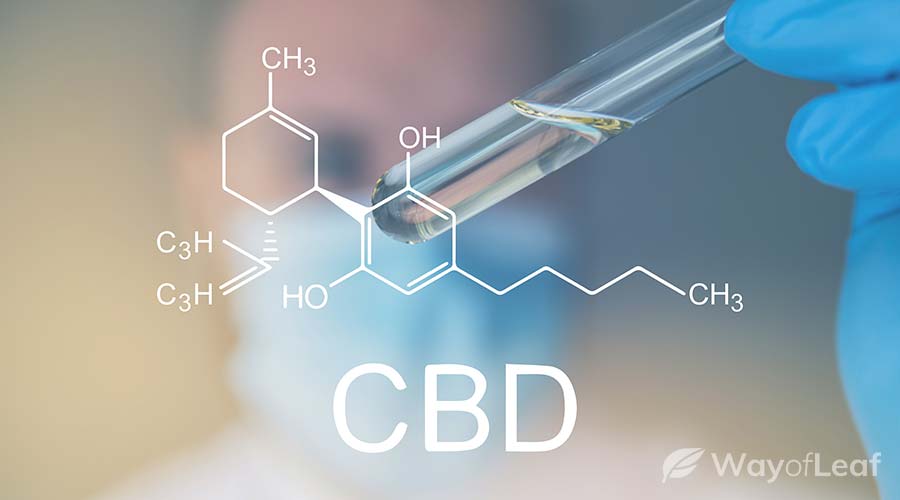 Products are safe to consume if they have minimal ethanol in them, but you may get a grassy flavor. You might also notice that such extracts are darker in color than their CO2 counterparts.

In general, we recommend avoiding cannabis e-liquid (or CBD products for that matter) where the company uses butane extraction. It was a popular method a few years ago because it easily separated specific cannabinoids. However, it is highly combustible and could leave harmful residue in the liquid.

Cannabis oil for vaping requires a thinning agent. Otherwise, it is too thick, and it will clog up your vaporizer. In general, manufacturers use one or two of the following:

For years, cannabis oil sellers included PG as a thinning agent. This is despite numerous warnings regarding the health risks. A study published in the International Journal of Environmental Research and Public Health in 2010 found some disturbing data regarding PG. Inhaling the substance in low concentrations increases the risk of respiratory complications such as asthma.

Also, PG could break down into carcinogens like acetaldehyde and formaldehyde when heated. PEG 400 is even more harmful.

In contrast, VG and MCT oil produce minimal damaging agents when heated. Therefore, it is wise only to use products containing those ingredients.

Listen to Your Tongue

Your tongue is likely to help you determine whether there is something ‘wrong’ with a cannabis e-liquid. For instance, if it tastes appalling when you inhale, there is every chance you are consuming formaldehyde. As a rule, avoid vaping any product that tastes vile. Yes, it could be a case of lousy flavoring, but the presence of something extremely harmful likely causes that.

Incredibly clean and safe cannabis oil might not taste like the herb. Too many companies add synthetic versions of weed’s organic compounds to the mix. The goal of these artificial ingredients is to provide an authentic taste! Alas, these additives could produce carcinogens when used at high temperatures.

Modern vaporization technology means you can vape at a wide array of temperatures. It is a process that helps your lungs and also customizes the vaping experience. Those who vape cannabis recreationally are usually interested in THC content, as their goal is to get high. However, MMJ users will benefit from full-spectrum e-liquid, which contains hundreds of potentially useful compounds.

When you smoke marijuana, you combust the herb (once the temperature exceeds 450 degrees Fahrenheit in general). This process burns away many of the compounds, and could also increase the production of carcinogens. Here is a quick overview of the boiling point of several essential marijuana terpenes and cannabinoids:

If you vaporize your cannabis oil at a temperature beyond 400 degrees Fahrenheit, you miss out on most of the compounds.

A study published in the Journal of Alternative and Complementary Medicine in 2017, found that excessive heat, when vaping, could do more harm than merely burning away cannabinoids and terpenes. The researchers, Troutt and DiDonato, heated the four main thinning agents to 446 degrees and performed three tests. The goal was to find the levels of acrolein, formaldehyde, and acetaldehyde in the agents.

It found that PEG 400 produced significantly more acetaldehyde and formaldehyde than the rest. However, PG also produced worrying amounts of both carcinogens. Indeed, a single inhalation of a PEG 400 isolate accounted for over 1% of the daily exposure limit for formaldehyde.

Therefore, you must choose a vape device that enables you to control the temperature. A study published in the International Journal of Environmental Research and Public Health in 2015 looked at e-cigarettes. It found that if cannabis oil is cut with PG, a 3.3-volt battery was safer than any device with a battery larger than 5-volts.

In essence, you will get better flavor, and inhale fewer carcinogenic substances, if you begin vaping at a temperature of around 300 degrees.

The relatively recent vaping epidemic unquestionably spooked the industry and turned a lot of people off the product. However, practically everyone who became sick used black-market cannabis oil. By choosing a reputable brand, or licensed dispensary, you immediately cut your risk.

It is also crucial to avoid e-liquid that contain PG or PEG 400 as a thinning agent. They are the most likely to produce cancer-causing substances when heated.

When purchasing an e-liquid, keep an eye out for the color and consistency of the oil. If it is cloudy or excessively thick or thin, it isn’t something you want in your body.

Ideally, you will stick with a brand that uses CO2 extraction, and offers comprehensive third-party lab reports. Finally, make sure you keep the temperature low when vaping cannabis e-liquid. You benefit from more terpenes and cannabinoids, and also reduce exposure to harmful substances such as formaldehyde.

You can learn more about cannabis oil and other products in our Best Picks section.