Although cannabis potentially has a reasonable safety profile, there are concerns over what we inhale when igniting it. While there are many ways to light marijuana flower, the humble butane lighter remains one of the most commonly used. However, there is a belief that it results in us inhaling toxic materials.

Health-conscious cannabis users suggest that using a hemp wick is a healthier and safer alternative.

After all, it consists of hemp and beeswax usually, so surely, this ‘natural’ combination is better than butane? The answer may surprise you.

What Is a Butane Lighter?

It is a lighter that uses a clear, odorless, and extremely flammable gas. Traditional BIC cigarette lighters use butane, for example. They are easy to find, inexpensive, and simple to use. The butane goes through a refinement process that involves removing crude oil remnants, separation from water, and dehydration of the wet gas. The result is the refined gas used in lighters. 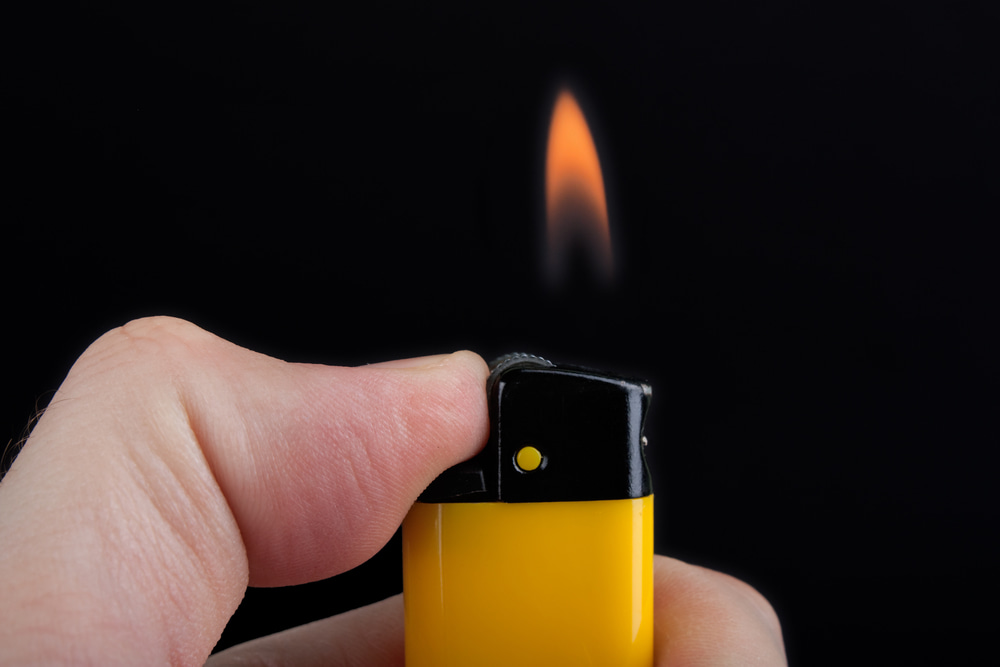 The gas is stored in a small pressurized chamber that enables a narrow gas stream to form when released. The combination of flint (typically made from Ferrocerium) and steel rubbing together causes a spark to form. It ignites the gas and creates the flame we use to light joints, blunts, bongs, and so on.

What Is a Hemp Wick?

It is marketed as a safe and natural alternative used by marijuana smokers instead of matches and lighters. Ordinary hemp twine won’t burn on its own because it is too dry. As a result, manufacturers add beeswax to help the hemp burn at a slow and steady pace. Proponents say it emits fewer carbon emissions and eliminates the risk of inhaling flint dust. 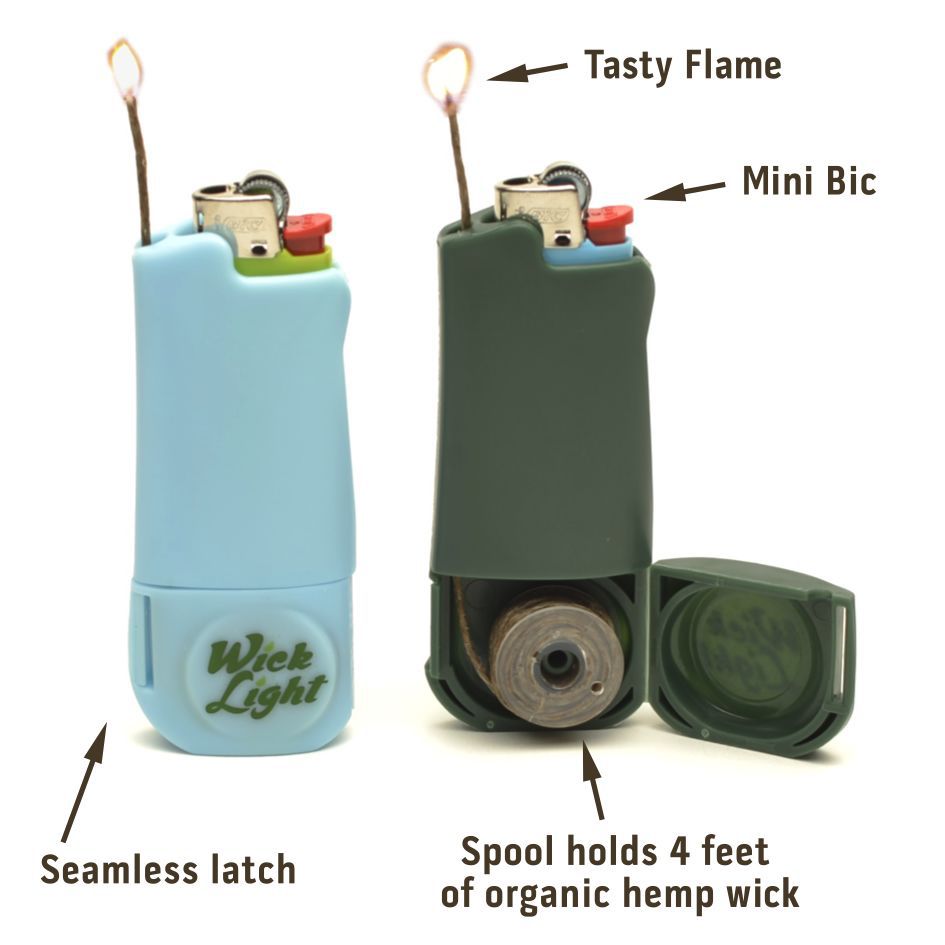 There is also a suggestion that you receive a more flavorful smoke. A hemp wick burns at a much lower temperature than a butane lighter, which could result in more cannabinoids being saved.

How to Use a Hemp Wick

It takes a little practice to use a hemp wick properly. It is a good idea to perform a ‘test run’ of sorts. You can also wrap it around your butane lighter, so you have the extra option. Here is how to proceed:

Pros and Cons of Hemp Wicks

What Are the Health Concerns?

The consensus is that hemp wicks are significantly healthier than butane lighters. However, are the dangers of the latter overstated? Let’s find out.

There is little question that butane gas itself is toxic. However, it combusts into water and CO2. Most studies on the effects of butane focus on the issues caused by ingesting significant quantities of it. The data from these studies is then used to highlight the dangers of butane lighters.

There is a world of difference between exposure to a large amount of a substance at once, and a small amount over a long period. For example, carbon monoxide is lethal in large amounts. When exposed to lower levels in the long-term, you may develop heart disease or suffer from neurological damage.

We must determine how much butane survives past the lighter’s flame. We also need to know how much of the gas we ingest when the flame goes out, and we are still inhaling. In an oxygen-rich environment, butane undergoes complete combustion. It doesn’t necessarily mean every butane molecule released combusts.

However, it is a contrast with incomplete combustion, which happens in oxygen-poor environments. The result is carbon monoxide creation, instead of carbon dioxide. You can prevent incomplete combustion by smoking cannabis in well-ventilated areas. However, there is little data available that proves butane survives beyond the flame. Even if some does, it is undoubtedly less than the concentrations that studies have focused on so far.

Almost everyone who chooses hemp wicks over butane lighters does so because it is ‘natural.’ This alone makes absolutely no sense. There is a myriad of natural substances that are poisonous to humans. There are a considerable number of these ‘natural toxins’ which cause numerous health effects.

Hemp wicks are composed of several compounds and don’t combust as simply as butane.

At present, there is minimal data into the health effects of using wicks. However, there are studies on the health risks of using candles, which are similar. What we know is that combusting wick produces carbon dioxide, carbon monoxide, and various other particulates. You inhale them and irritate your lungs in the process. Remember, infrequent exposure to carbon monoxide over the long-term could cause health issues.

While the use of beeswax mitigates the risks, the effects of smoking wick are not well explored. Although a hemp wick burns at a lower temperature than a butane lighter, it still burns at 1500 degrees or more. This isn’t good news for the lungs.

Final Thoughts on Using a Hemp Wick or a Butane Lighter

Ultimately, it is folly to suggest that a hemp wick is 100% safe, or a butane lighter is entirely harmful. Users tend to find that a wick provides a more flavorful hit that’s easier on the lungs. They also suggest that the high feels fresher and is more potent. However, it is foolish to believe that inhaling wick fumes is entirely safe.

Equally, we are unsure as to how much butane we ingest when using a butane lighter to smoke cannabis. Overall, a hemp wick is likely much healthier, but isn’t quite the risk-free option its proponents suggest it is.