You must attend #4 at some point in your life…

For cannabis fanatics and regular consumers, there aren’t many things better in this world than some fresh, top-shelf marijuana. One of the few likely steps up is an entire festival dedicated to weed. Luckily for those who adore Mary Jane, cannabis-related festivals have become common. This is especially the case throughout regions of the United States, where cannabis is legal recreationally.

There are more than a hundred weed-related festivals to attend and enjoy at this time.

Some of them are free and open to the public. Others are more costly, but they include a bounty of musical entertainment, quality ganja, and plenty of socializing with like-minded individuals.

Even if you aren’t a regular cannabis consumer, a marijuana festival is a unique experience. It is worth attending one to see how much this industry has grown throughout the U.S. (and beyond) in the last few years.

Keep reading to discover some of the best marijuana festivals in the U.S.

The High Times Cannabis Cup claims it’s “the world’s leading cannabis event and the most trusted marijuana strain competition in the cannabis industry.” The Cup’s origins trace back to 1988. It began as a cannabis festival in Amsterdam. However, it has expanded into several locations, including Southern California and Colorado.

It is an opportunity of a lifetime for cannabis devotees. You get the chance to experience a vape lounge, an edibles village, a live grow room, and even a topical massage spa. If you’re a pot aficionado, it is a “cannaisseurs” paradise.

The Cannabis Cup is usually a three-day event. Once you walk into the venue, you can immediately sense the excitement and sheer pleasure of everyone who is there. Some years, the event offers intriguing attractions unrelated to marijuana. These include petting zoos with baby goats, super slides, and various art exhibits.

Of course, you get your classic fill of weed products and entertainment. This includes the competition that judges the best edibles, vape pens, concentrates, strains, and buds of the year. The winner of each of these categories is awarded the prestigious “Cannabis Cup” title. They are forever tied with the prestigious High Times ‘Winners’ designation.

And lastly, patrons get to listen to live music performances by famous artists and rappers. Past performers have included Lil Wayne, NAS, 2 Chainz, Rich the Kid, and Rick Ross. Tickets are not cheap but are worth it for what you get.

This festival focuses primarily on outdoor, sustainable farming and organic cannabis practices. The Emerald Cup takes place in the weed Mecca of Northern California, where so much of the United States cannabis supply is cultivated. It concentrates on displaying the best medical marijuana available. This event also educates those interested in a wide variety of cannabis-related topics. 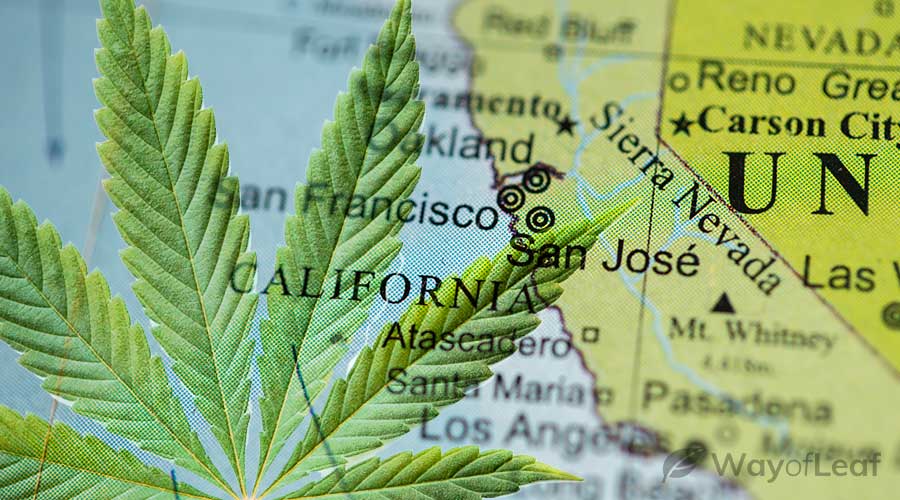 The Emerald Cup serves as a bridge for experts and master cultivators alike to connect with those in the industry. You can chat with local growers, farmers, patrons, and patients and learn more about the plant we all love.

The Emerald Cup is not only a chance for the local community to celebrate, though. It has spread immensely in recent years. Rolling Stone magazine has called it the “Academy Awards for Cannabis.” Held annually in Santa Rosa, California, the Emerald Cup may have started small. Now, however, it is a massive weekend festival that attracts individuals from all over the world.

Five hundred entrants battle it out for the honors in several categories. Once again, there is lots of great live music, with artists such as Steel Pulse and Snoop Dogg.

This is a cannabis festival with a real and essential mission in mind. Hempfest runs under the direction of marijuana pioneer Vivian McPeak. His goal is to educate the world about the multitude of uses for the cannabis plant. In today’s increasingly pro-marijuana population, this work is critical. It helps the public to become more informed and more understanding of the global importance of hemp. 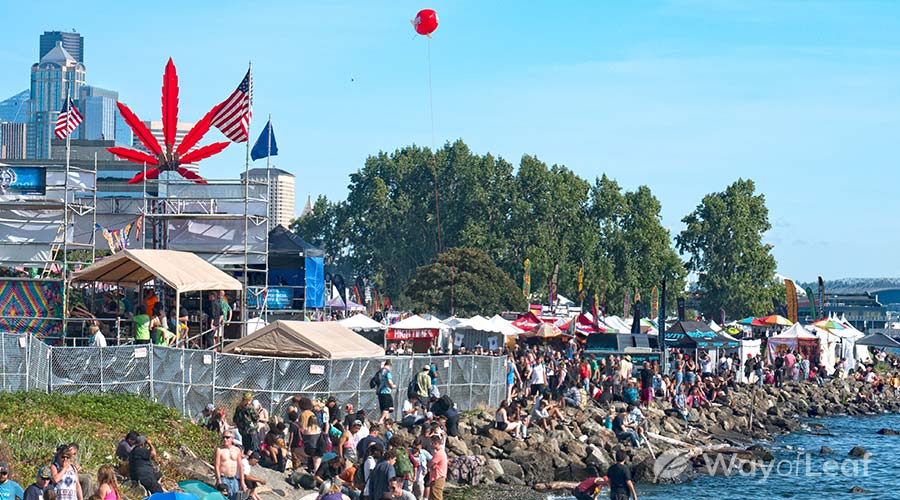 Also, the three-day event works to remove much of the stigma surrounding cannabis legalization. It also acts as an antidote to the negative energy that encompasses businesses and companies tied in with the marijuana industry.

Coined a “protestival,” Hempfest is 100% free to attend. It typically attracts those who are in support of marijuana rights and want to help spread the good word. The event is held in Seattle, Washington. It is the world’s largest annual gathering that advocates for decriminalized marijuana and freer cannabis regulations. Moreover, Hempfest always has the latest and greatest cannabis arrivals on display. If you want to see new smoking devices, vape exhibits, munchie booths, tons of live music, and impactful speech presenters, go to Hempfest!

Describing itself as the nation’s biggest free cannabis-related festival, Kushstock is held every year in San Bernardino, California. The event has recently rapidly expanded in popularity. Therefore, it makes sense why artists such as 2 Chainz, Juicy J, Tame Impala, and Warpaint have performed in recent years.

Furthermore, lots of informative vendors are present. They offer a (literal) taste of the best up and coming ganja creations. Indeed, many of them are not yet released on the market. Kushstock also features live glass blowing artists, as well as other artists (such as graffiti). They exhibit their work to a live crowd. The festival’s slogan is: “By the People, for the People.” So, join the growing masses and show your love for the herb!

Chalice is a unique marijuana festival. Its prime concentration is on the glass you use to smoke weed from, rather than cannabis itself. Its slogan is: “Music, Glass, Hash, Art.”

It is a large meeting of glassblowers from all walks of life (and all of those who want to witness what they’re capable of creating). Chalice is a celebration of weed. It is also an opportunity to distribute, purchase, exchange, and appreciate cannabis-related art.

Held outside of San Bernardino, California, in a town called Victorville, this annual event is three days long. There is plenty of live music, of course. Much of it consists of performances by well-known electronic and Hip-Hop artists who are especially popular in the marijuana community. In the past, some of these groups have included the likes of Thriftworks, Bassnectar, Cypress Hill, Ice Cube, Ludacris, and Wu-Tang Clan, among many others.

It is primarily a celebration of hip-hop and other similar styles of music. High Life’s name is self-explanatory; this event makes you feel high on life. In addition to representing hip-hop, this two-day festival is also a huge advocate for medical marijuana legalization. It displays all the latest technologies, products, and advancements that pertain to it.

Even if the festival primarily centers around medical marijuana, though, you don’t need your card to attend.

You are good to go if you are aged 18+. For those that do have their MMJ card, though, you have access to the special “prop 215” medicated area. There is also an area in the venue where you can receive a medical card on site.

High Life offers patrons a chance to witness how the best marijuana breeders, cultivators, chefs, and extraction artists in the industry work and operate. Attendees often say they gain a new appreciation of how skillful these experts genuinely are.

Like most great marijuana-related events., High Life takes place in sunny Southern California in San Bernardino. It is inexpensive to attend and worth it. You get to see artists like Waka Flocka, Rick Ross, Bone Thugs N Harmony, Chanel West Coast, Yo Gotti, Fat Joe, and more perform live.

Have you considered attending a cannabis festival and didn’t know where to begin your search? Were you curious about the existence of marijuana festivals? If so, we hope that this article has provided some ideas and choices for the next time you want to venture into a brand new weed experience.

We hope you not only found this article entertaining but also educational and informative. It is important to remember that the consumption of cannabis is the sole responsibility of the user. When you attend one of these festivals, use marijuana sensibly!