A cannabis cone is a cone-shaped joint that is thin at the tip and wider as at the base. It has a filter that prevents marijuana from falling through the bottom and stops resin from clogging the end of the joint.

Occasionally, the term ‘cone’ is used to describe the process of smoking weed from a pipe or bong. The reason for this is cannabis consumers sometimes use a metallic, cone-shaped item.

Pre-rolled cones ensure that you don’t have to worry about the issues associated with poorly rolled joints.

One of the benefits of a cannabis cone is that, unlike joints, they don’t need to be rolled. That is, as long as they are the ‘pre-rolled’ variety widely available in dispensaries. Pre-rolled cones ensure that you don’t have to worry about the issues associated with poorly rolled joints – the main ones being a harsh taste and an uneven burn.

For unfilled varieties, patients fill the cone manually with marijuana. Then they simply wait for the effects to address the symptoms of their condition. Some users see a cone as a bowl big enough for a single hit.

Also, cannabis cones are ideal for individuals with muscle pains in their hands or arthritis.

In the cannabis community, there are several things that people hold dear. Moon rocks, Thai sticks, and Cavi Cones are among these. Cavi Cone is a brand name, as it is a product created by Caviar Gold, an L.A.-based outfit.

What’s so special about a Cavi Cone, and why does it cost up to $20 in a dispensary. Well, calling a Cavi Cone a pre-rolled joint is similar to describing a Harley Davidson as a motorcycle! Cannaseurs describe a Cavi Cone as a regular joint on steroids. Reportedly, a high-quality version can have a THC content of above 50%! 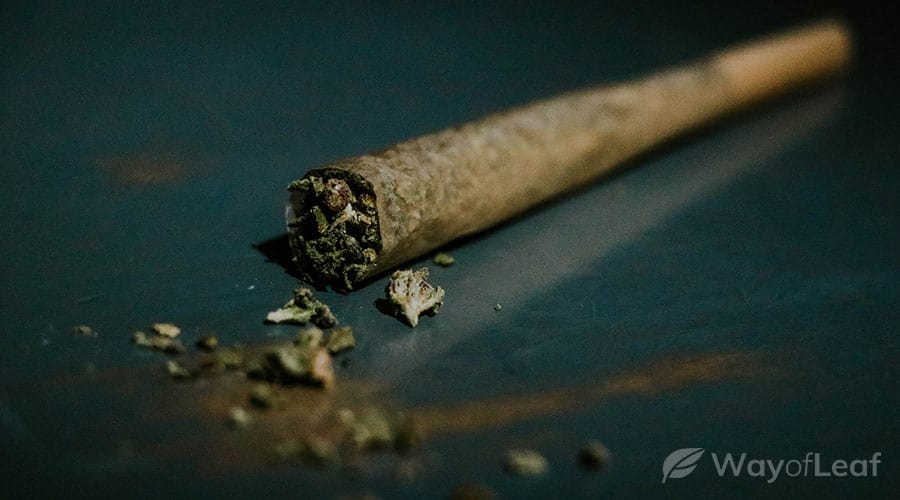 At first glance, it looks like nothing more than a fancy pre-rolled joint. However, Cavi Cones contain various ingredients that set them apart. When they are pre-rolled, they are normally made from materials such as paper derived from hemp and palm leaves.

As for the ingredients, we begin with potent, high-quality marijuana. The type of weed depends on the effect you are seeking. For example, a sativa-dominant hybrid is ideal if you need something to give you a little boost. Above all, the marijuana must be a premium-grade flower; no dregs, no stems, and no seeds.

A marijuana concentrate is added to the cannabis cone to provide it with an extra kick. You can add wax, butane hash oil, or crumble, for example. The third and usually final ingredient in a genuine Cavi Cone is kief. Kief is the powdery substance left over once you have ground your weed in a three-chamber grinder.

There is also a Cavi Doobie product that has 20% less hash oil. A Cavi Doobie is for people who want something more potent than a joint but not as strong as a Cavi Cone.

There are many cannabis cones on the market, most of which are poor impersonators of the original Cavi Cone. While Caviar Gold created a masterpiece, other companies have put a lot less effort into their cones. We have heard of some sellers using regs weed, for instance.

If you see a Cavi Cone and want to buy one, open it up to see what’s inside. A true Cavi Cone normally has a yellowish/gold color. If the insides are green, it is probably a lot of bud with stems and minimal concentrate.

Related article
What is a Blunt Time Bomb? [How to Make and Smoke One]

Elevate your session to the ne…

Making Your Own Cannabis Cone

Real Cavi Cones are expensive and not always easy to find. In that case, you have the option to go DIY. All you need is a large rolling paper, kief, weed concentrate, and a high-quality marijuana strain. Here is a quick step-by-step guide:

You can also create a strong cone by adding moon rock cannabis. Some users even soak the rolling paper in concentrate and add the bud and kief! However, you will note that these tips result in an extra-potent joint. Rolling a cone is another process entirely, and one we’ll outline next.

How to Roll a Cannabis Cone

If you are looking for a potent intoxicating high or need something to dull the pain, a cannabis cone beats a regular joint, hands down.

If you don’t want to pay for an authentic Cavi Cone, you can make one at home.

The unbeatable combination of flower, kief, and concentrate is incredibly potent, so be careful and use it sensibly. If you don’t want to pay for an authentic Cavi Cone, you can make one at home. Just follow the instructions provided in this article and enjoy.